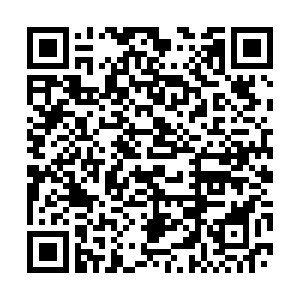 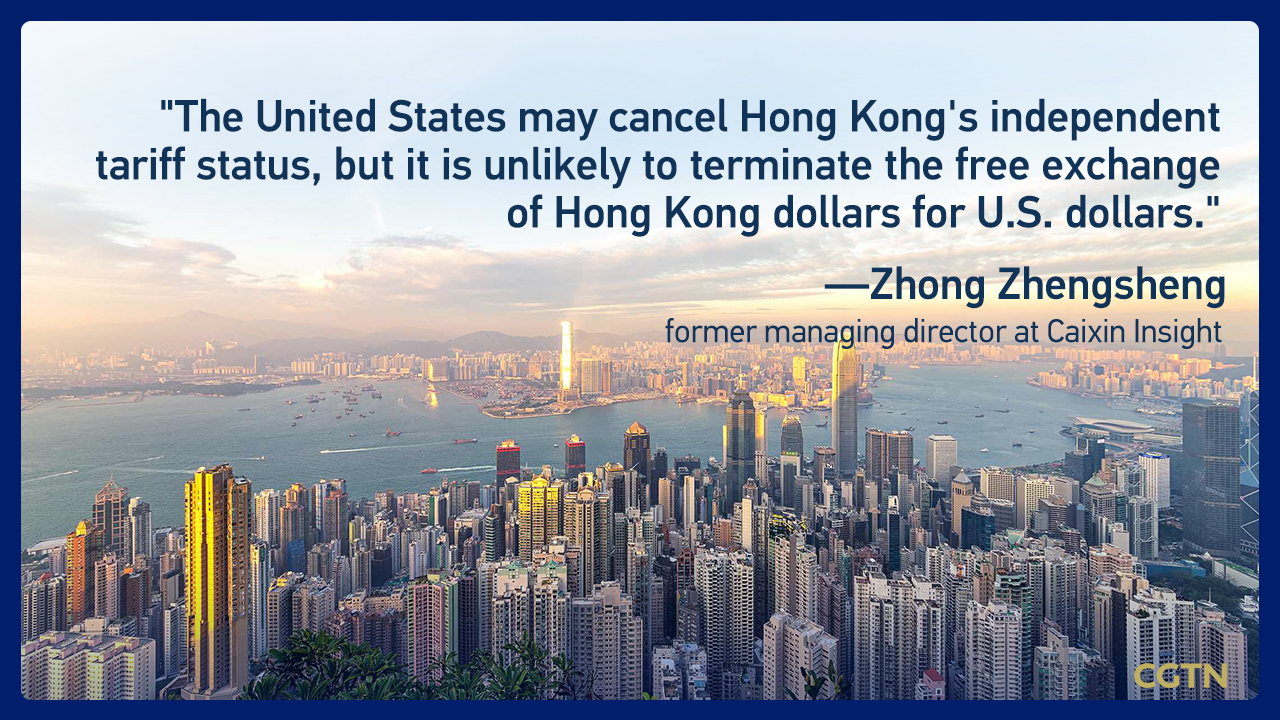 U.S. President Donald Trump on Friday said the U.S. will strip HKSAR of its special privileges, in response to China's passage of a national security legislation.

"This will affect the full range of agreements, from our extradition treaty to our export controls on dual-use technologies and more, with few exceptions," said Trump at a White House news conference.

The special treatment of Hong Kong refers to what is offered by the Hong Kong Relations Act enacted by the U.S. Congress in 1992. The act allows for easier travel between U.S. and Hong Kong and exempts the region's exports from most U.S. tariffs, while allowing companies based there to access "sensitive technologies" made by American firms, which face export restrictions to the mainland.

Zhong believes there are three major "special treatments" of Hong Kong that the U.S. could take action upon. But the policy changes could only be more "thunders" than "raindrops," Zhong said.

At the moment, Hong Kong is one of the world's top trading territories and enjoys special trade relations with the U.S. It has a free port, meaning no tariffs are charged on the import or export of goods. In 2018, Hong Kong was ranked seventh in terms of volume of trade with a total value of nearly 1.2 trillion U.S. dollars.

But much of that trade is made up of goods that pass into, or come out of, the Chinese mainland, Zhong said.

Hong Kong's exports to the U.S. was less than four billion Hong Kong dollars in 2017, accounting for only 0.13 percent of Hong Kong's GDP. "if the U.S. imposes tariffs on Hong Kong, it will have little effect on Hong Kong's local exports," he said.

Zhong believes it's the U.S. who has long been enjoying a substantial trade surplus with Hong Kong.

In the past decade, U.S. trade surplus with Hong Kong has been the biggest among its trading partners, with merchandise surplus totaling 297 billion U.S. dollars from 2009 to 2018.

"If Hong Kong imposes tariffs on American products, it will have a great impact on American exporters," he noted.

He also agreed with Hong Kong Finance Secretary Paul Chan's latest statement on Sunday that the city will find replacements of the tech trade from other regions such as Europe and Japan., "Tech imports should not be a big problem if the city maintain good relations with other trading partners," Zhong said.

Hong Kong's standing as a financial center rests partly on its decade's long currency peg. It adopted a fixed exchange rate against the U.S. dollar since 1983.

Zhong warned that it will not only hurt Hong Kong’s role as an international financial center, but also hurt U.S. companies if the U.S. adds more restrictions on its trading of the U.S. currency.

The blocking of free Hong Kong and U.S. currency trading could also hurt the Chinese mainland, as a lot of mainland companies raise money through Hong Kong, and the city is also the world's largest off-shore renminbi trading center, Zhong said. 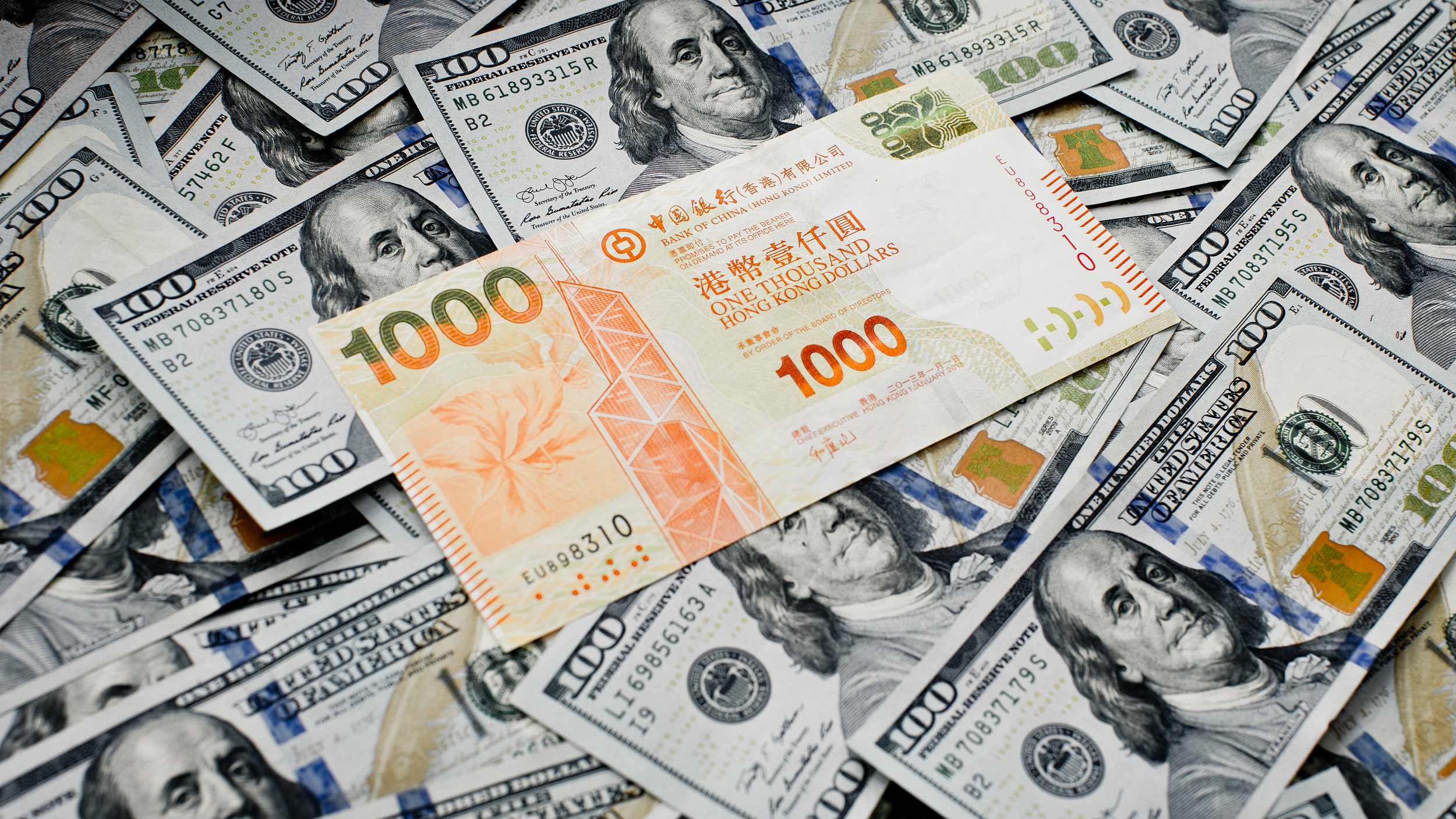 However, Zhong beleives it is very unlikely for the U.S. to decouple the two currencies, and Trump's adjustment will only disturb market sentiment in the short term.

Zhong said the U.S. may follow its steps in dealing with Chinese telecom giant Huawei, blacklisting and sanctioning major companies in Hong Kong.

Generally speaking, the U.S. government will continue to make trouble with China as a whole in areas of economy, trade and technology. Hong Kong is just part of a variety of China-U.S. disputes, and not the major battlefield, Zhong said.