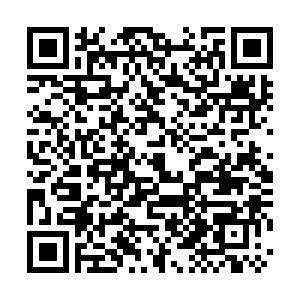 The Hong Kong and Macao Affairs Office of the State Council on Monday hit back at the U.S. for threatening Hong Kong with sanctions.

In exercising the city's high degree of autonomy under "One Country, Two Systems," the Hong Kong Special Administrative Region (HKSAR) government remains resolutely committed to upholding its international responsibilities and agreements with all countries, a spokesperson said.

"The U.S. move to slap sanctions on Hong Kong is nothing but lies and intimidation," said the spokesperson. 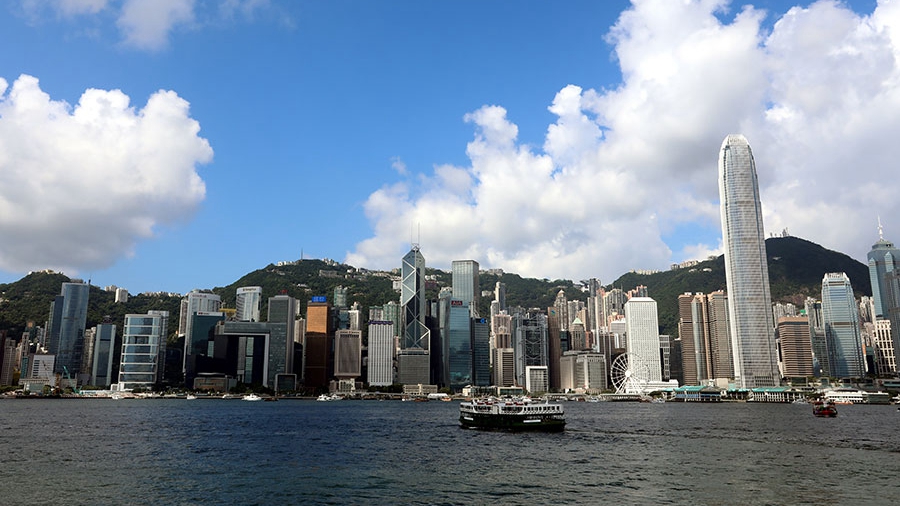 The spokesperson also emphasized that the decision to make national security laws for Hong Kong aims to prevent, stop and punish acts and activities endangering national security and help the city to restore peace and safety. The official said such steps were necessary given that the Asian financial hub had witnessed rampant protests from "Hong Kong independence" organizations and violent radicals, as well as blatant interference from external forces.

The Liaison Office of the Central People's Government in the HKSAR also voiced its support for the decision and refuted the statement by the U.S. government.

The so-called sanction is a "standard move" by some American and Western politicians to interfere in Hong Kong's affairs and attack China's domestic politics, a liaison office spokesperson said on Monday, accusing the U.S. of wanting to use the "Hong Kong card" to curb China's internal affairs.

The national security laws for Hong Kong will help close the loopholes in the city's security system and adjust the business environment for investors, as Hong Kong has a sound financial system, regulatory regime and fiscal reserves, the spokesperson said. 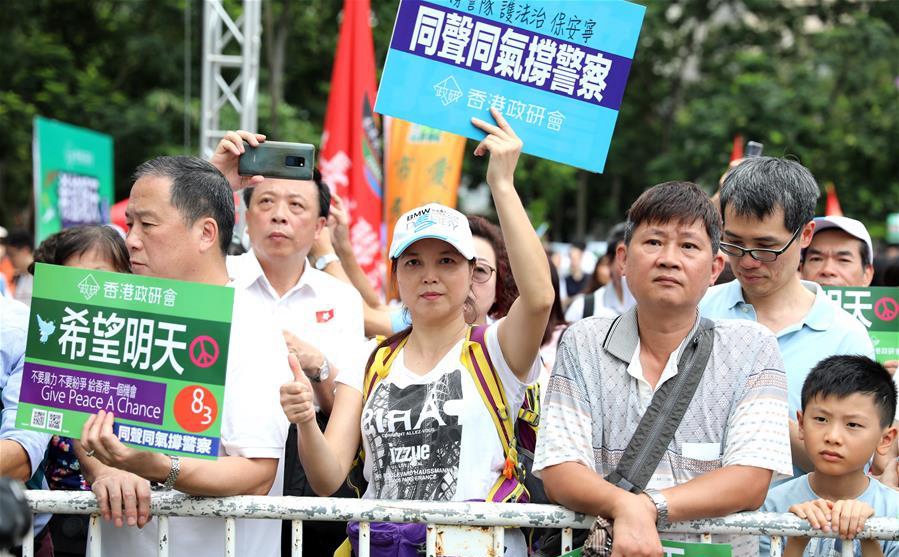 A file photo of people taking part in a rally to denounce violence and support the police force at Victoria Park in Hong Kong, south China, August 3, 2019. /Xinhua

A file photo of people taking part in a rally to denounce violence and support the police force at Victoria Park in Hong Kong, south China, August 3, 2019. /Xinhua

Under "One Country, Two Systems," Hong Kong residents enjoy unprecedented democratic rights and freedoms, a spokesman from the Office of the Commissioner of the Ministry of Foreign Affairs in HKSAR said on Monday.

Hitting back at Trump's claim that Hong Kong now operates under "one country, one system" as completely false, the spokesman said the U.S. side has no right to make any decision on behalf of the Hong Kong people.

Hong Kong affairs are purely China's internal affairs, and no country, organization or individual can interfere in any way, the spokesman stressed.

The sanctions would not threaten the Chinese people nor hold back the goal of realizing the Chinese dream of national rejuvenation, the spokesman added. 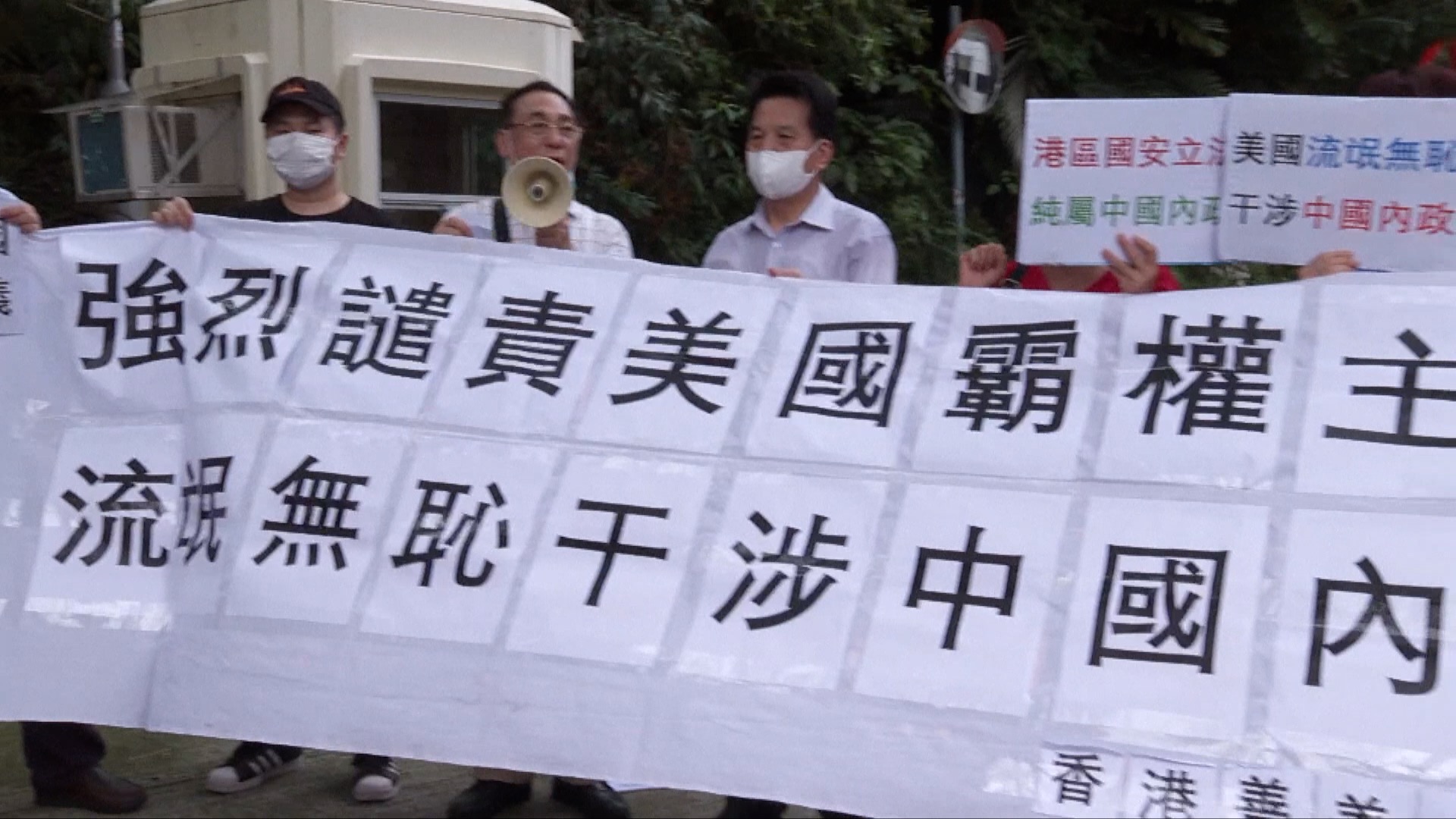 Nearly 2.93 million Hong Kong residents have signed a petition in support of the national security legislation during an eight-day campaign across Hong Kong, the organizer announced on Monday.

"Through the petition, we hope to express the Hong Kong residents' full support for the correct decision" in establishing and improving at the state level the legal system and enforcement mechanisms for the HKSAR to safeguard national security, one of the initiators of the campaign, Tam Yiu-chung, said at a press conference on Monday.

The decision by the National People's Congress (NPC), China's top legislature, was approved on Thursday as deputies to the 13th NPC voted overwhelmingly for it.

Nearly 1.84 million signatures were collected at street stands in Hong Kong during the petition campaign, which ran from May 24 to May 31. Another 1.09 million people signed the petition online.