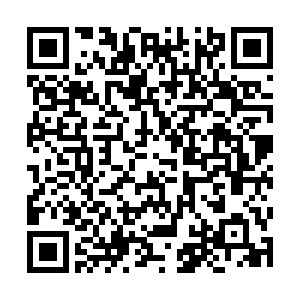 Since an African American, George Floyd, died after a white policeman knelt on his neck while he was under arrest in Minneapolis last week, people angry over police brutality targeted at the black community poured into streets, forming a "Black Lives Matter" (BLM) tornado across the country.

However, local groups in Minnesota have noticed that extremist "outsiders" have hijacked the protest with an increasing number of violent involvement, and may potentially dilute the overall message of the movement. 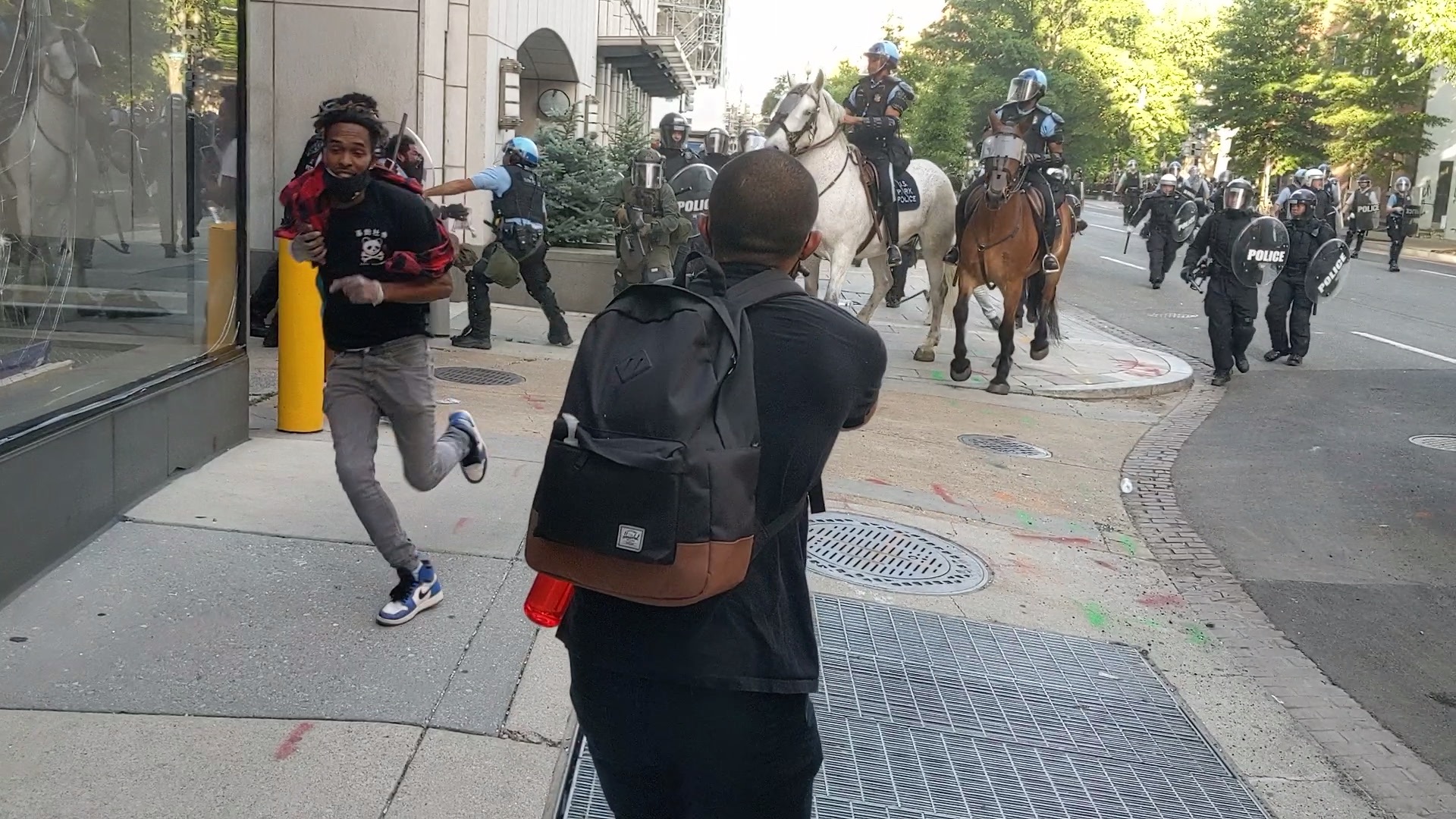 "I think about a third of the people are from out of town here to make the city burn," said Justin Terrell, executive director of the Council for Minnesotans of African Heritage, to AP.

However, clashes between demonstrators and the police have been escalating, making it difficult for law enforcement to verify the identities and the motives of the participants.

However, President Donald Trump has solely called out far-left group Antifa to be held accountable for looting and vandalizing elements in the protests, without providing evidence.

Confronted with mounting deaths and prolonged social and economic disruptions caused by the coronavirus pandemic, Trump administration is eager to find some entities to blame for this decentralized movement with no known leaders, no headquarters, and no clear ideology other than opposition to repression against black community in the United States.

On Sunday, Trump and his administration started to focus their attacks on left-wing extremist group, Antifa, for promoting violence at the protests, and further announced that the U.S. "will be designating ANTIFA as a Terrorist Organization," Trump said in a tweet. 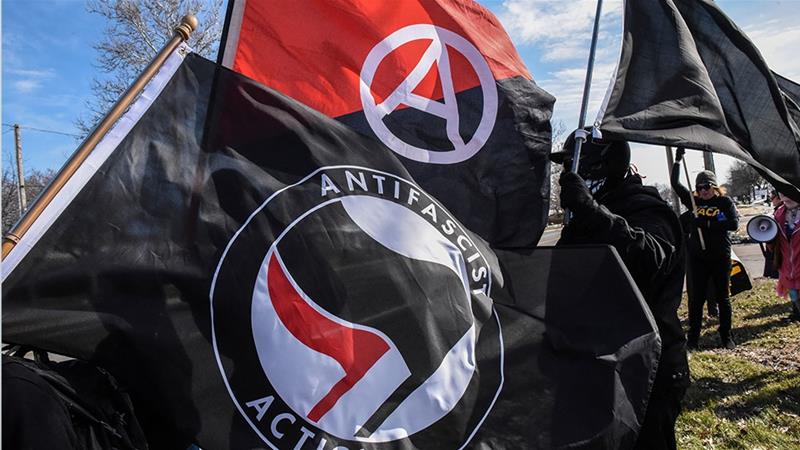 Members of the Great Lakes Antifa fly flags during a protest against the Alt-right outside a hotel in Warren, Michigan. /Reuters

Members of the Great Lakes Antifa fly flags during a protest against the Alt-right outside a hotel in Warren, Michigan. /Reuters

Attorney General William Barr on Sunday also blamed Antifa and other similar groups over the violent protests around the country, calling the acts "domestic terrorism."

"The violence instigated and carried out by Antifa and other similar groups in connection with the rioting is domestic terrorism and will be treated accordingly," Barr said.

Antifa – short for "anti-fascists" – is the name for loosely affiliated, anti-racist groups that falls on the leftward fringes of the U.S. political spectrum. While this group have gotten most attention for its involvements in some violent clashes in recent years, many adherents also advocate nonviolent means to convey their message to the audience via marching or delivering speeches.

The Antifa movement can be traced back to Germany and Italy before World War II, but the first U.S. group to use the word "ANTIFA" in its branding was the Rose City Antifa (RCA) founded in 2007 in Portland, Oregon.

As the followers of this movement became increasingly convinced that fascism and other right-wing ideologies were making its inroad in Washington, especially after the election of Donald Trump in 2016, the country has been witnessing more activities under Antifa's influence.

The brand gained particular prominence during clashes between white supremacists and their opponents in Charlottesville in 2017, when a neo-Nazi rammed his car into a group of anti-racists, killing one protester. 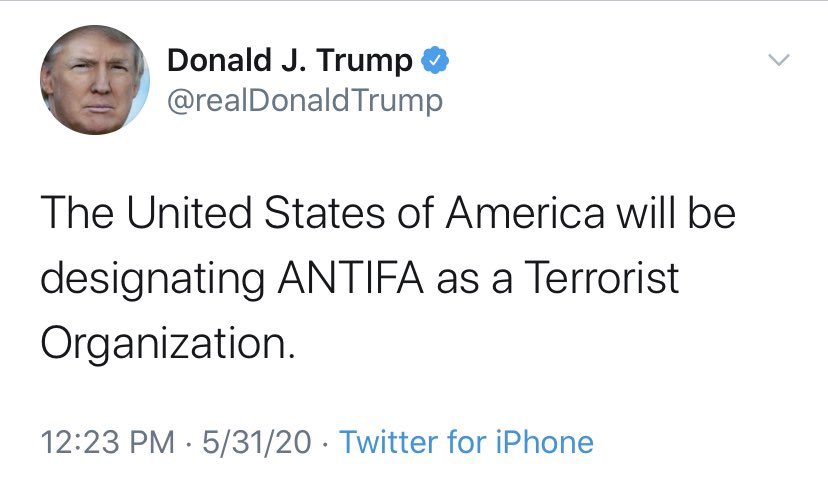 The American Civil Liberties Union (ACLU) said the president did not have the power to label domestic terror groups.

"Terrorism is an inherently political label, easily abused and misused," sadi ACLU, adding "there is no legal authority for designating a domestic group. Any such designation would raise significant due process and First Amendment concerns."

Additionally, there is little binding the Antifa movement's adherents together, as some also focus on environmental issues, the rights of Indigenous groups, and LGBT agendas, leading to technical hurdles for law enforcement. 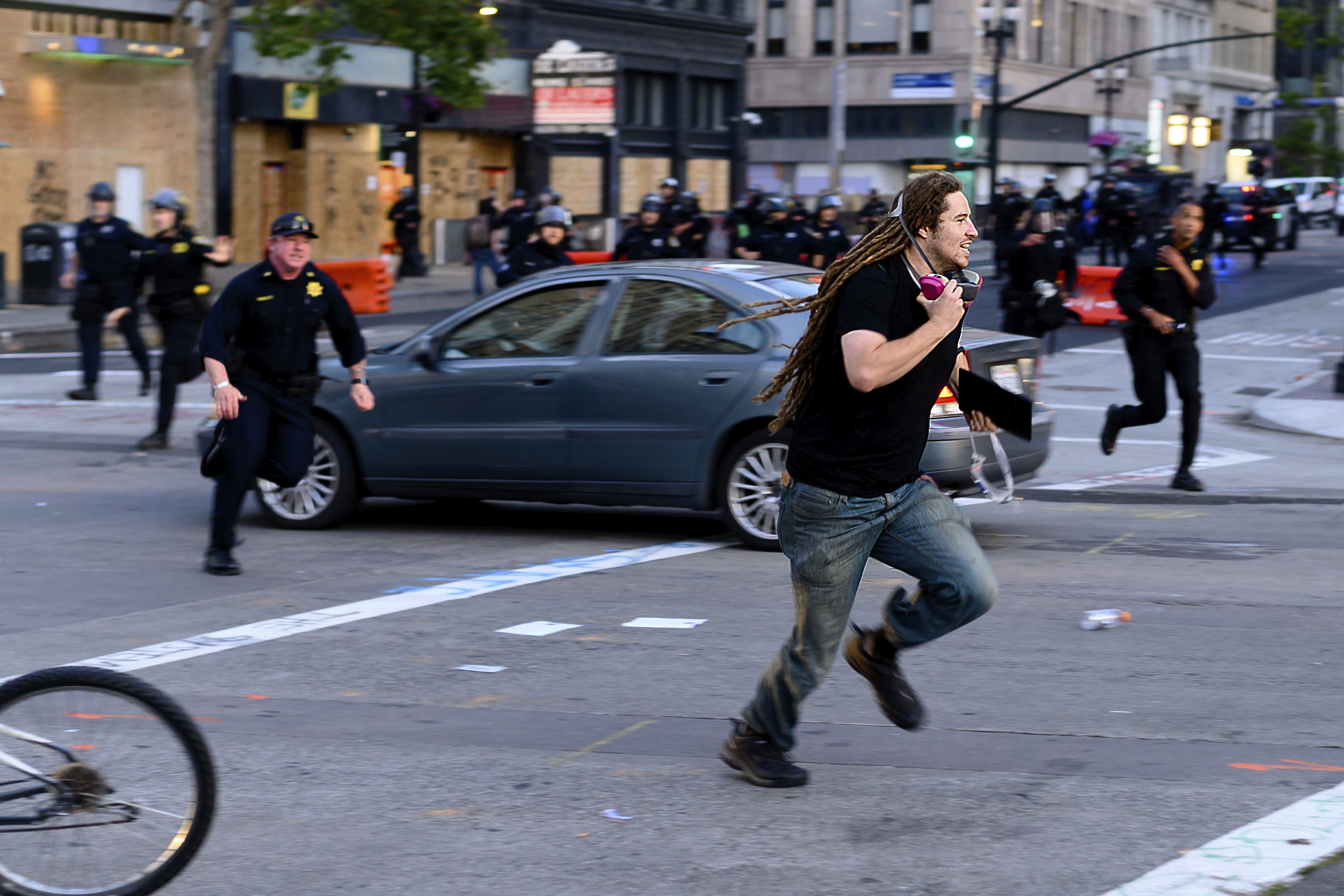 The motives behind those carrying out the looting and rioting remain unclear, protesters are increasingly concerned the meaning of the movement will be tainted or appropriated.

Minnesota Governor Tim Walz echoed this sentiment in a press conference on Saturday that the provocateurs, likely from outside the area, are responsible for the most of the damages caused by during the demonstrations.

State officials said around 80 percent of those arrested in the Twin Cities on Friday were from outside Minnesota.

"The truth is nobody really knows," Minnesota Attorney General Keith Ellison said Sunday on NBC News. "What the exact political motivation is unclear at this point. We need to investigate it," Ellison said.

However, there are demographics of "a largely white, young, and destructive group fit more with a movement known as accelerationists than Black Lives Matter," pointed out by Mia Bloom, Professor of Communication at Georgia State University and expert on on terrorism and violent extremism, in her recent published analysis.

Vice News also reported that right-wing infiltrators in the protests notes "hardcore 'accelerationists' … are encouraging their neo-Nazi followers to go to the protests and carry out acts of violence against black people."

Coherents recognize them as accelerationists, an extreme subset of white nationalist. They argue that since Western governments are inherently corrupt, the best (and only) thing supremacists can do is to accelerate the end of society by sowing chaos and aggravating political tensions.

If the protests are being infiltrated by Antifa, accelerationists or other bad actors, "we can expect a lot more violence in the lead up to the 2020 election," said Bloom.