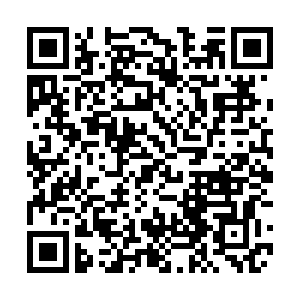 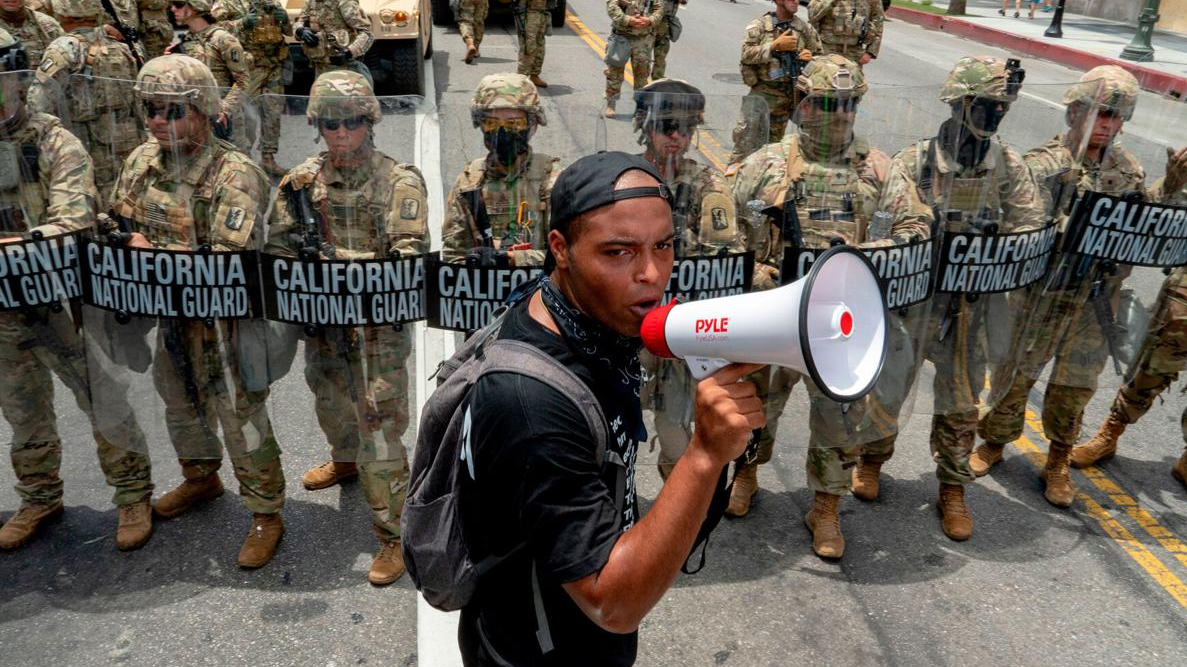 A protester speaks in front of the California National Guard. /AFP

A protester speaks in front of the California National Guard. /AFP

President Trump on Monday threatened to invoke the Insurrection Act of 1807 to send military forces to states experiencing unrest, however, military commanders seem to disagree with this decision.

On Tuesday evening, the Pentagon confirmed that approximately 1,600 active-duty troops from Fort Bragg in North Carolina and Fort Drum in New York were flown into the Washington DC area, as the nation braced for another day of protests over the death of George Floyd.

The troops, who are "postured" on military bases near the District of Columbia, have so far not taken part in any support to "civil authority operations" the Pentagon said in a Tuesday night statement.

On Wednesday, Esper told reporters at the Pentagon that while he ordered the deployment of 1,600 troops to the region, he does not support invoking the Insurrection Act, which would allow president to send the active-duty military to respond to civil unrest in cities across the country.

"I say this not only as Secretary of Defense, but also as a former soldier and a former member of the National Guard, the option to use active-duty forces in a law enforcement role should only be used as a matter of last resort, and only in the most urgent and dire situations. We are not in one of those situations now," Esper said.

Meanwhile, Joint Chiefs of Staff Chairman Gen. Mark Milley penned a memo to the armed forces on Tuesday reminding them of their oath to defend the Constitution and serve the American people. 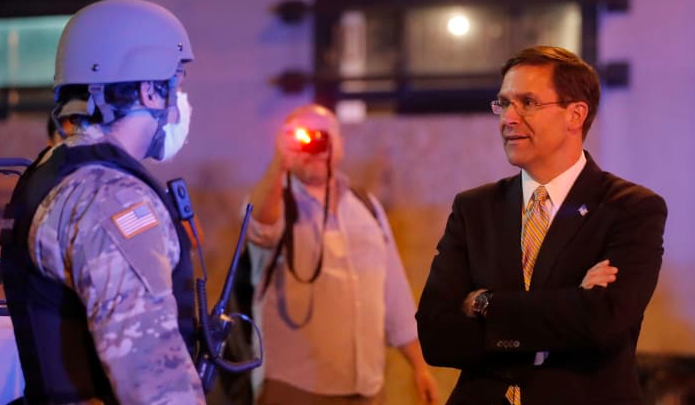 The memo from the nation's highest-ranking military officer, reminds troops to embody the values of the Constitution, including the principle that all men and women are born equal, and includes an unusual handwritten note, CBS News reported.

"We all committed our lives to the idea that is America – We will stay true to that oath and the American people," Milley wrote to the Joint Forces.

Moreover, National Guard members, who usually respond to domestic emergencies like natural disasters, are mobilizing to respond to "civil unrest" in at least 31 states and Washington. It's the latest major protest the Guard's been involved with in the last 60 years.

At least twice in the past week, the White House has asked chiefs of the Department of Defense to "remain silent" on the issue, according to the Washington Post.