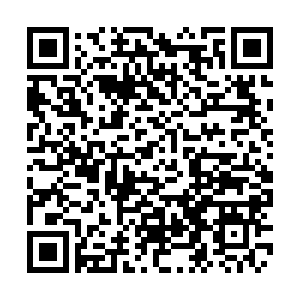 A new CNN poll conducted by SSRS has found that the approval rating for U.S. President Donald Trump, the Republican nominee for 2020 presidential election, went down by seven points in the last month.

Overall about 57 percent of the participants disapproved Trump's presidency amid the protests after George Floyd's killing and the ongoing coronavirus pandemic. This is his worst approval rating since January 2019.

Meanwhile, Joe Biden, the presumptive Democratic nominee, is 14 points ahead of Trump, his highest marking yet in CNN polling.

This comes at a time when Trump's handling of the demonstrations outside the White House has attracted widespread criticism, even from some of the Republicans.

Susan Collins, Republican Senator of Maine, told Politico on Tuesday: "It was painful to watch peaceful protesters be subjected to tear gas [...] I thought that the president came across unsympathetic and as insensitive to the rights of people to peaceful pretest."

The poll found that the public broadly disapproves of Trump's handling of race relations (63 percent disapprove), and 65 percent said the president's response to recent protests has been more harmful than helpful. In another Reuters/Ipsos poll released on Tuesday, 40 percent of the respondents "strongly" disapproved Trump's handling of the protests.

On Wednesday, former Secretary of Defense James Mattis rebuked Trump over his response to George Floyd protests in a statement, saying Trump is "the first president in my lifetime who does not try to unite the American people."

Meanwhile, any goodwill Trump had earned among Democrats appears gone. Only one percent of Democrats said they would choose Trump if the election were held today, the worst measure of his presidency and matching the all-time opposite-party low point in CNN or Gallup polling back to Roosevelt. Democratic approval of Republican George W. Bush once hit two percent in October 2008 CNN/ORC poll.

(Cover: U.S. President Donald Trump walks past police in Lafayette Park after he visited outside St. John's Church across from the White House in Washington, June 1, 2020. /AP)