Behind the scars: 1-year anniversary of HK protests
By Wang Mengjie 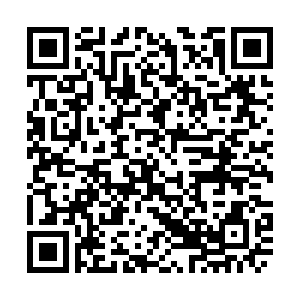 Since the social unrest in Hong Kong started in June 2019, a shroud of blackness has spread in the Asian financial hub, and the situation in the "Pearl of the Orient" is still grim and complex. 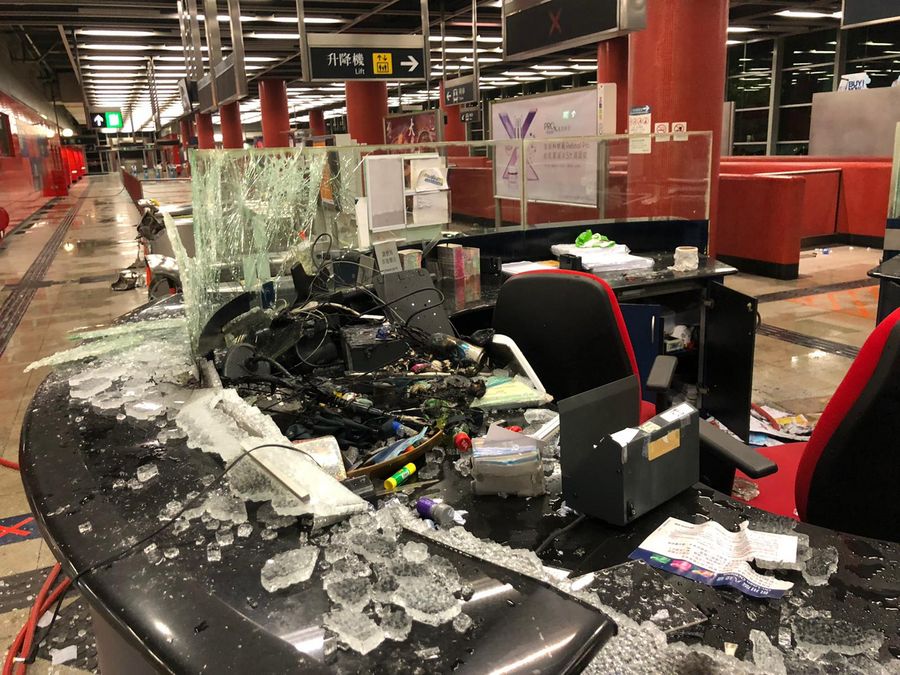 An information counter at an MTR station smashed by violent protesters in Hong Kong, China. /MTR

An information counter at an MTR station smashed by violent protesters in Hong Kong, China. /MTR

The company faced an unprecedented challenge caused by violent protesters who had disturbed the subway operation, maliciously vandalized stations and facilities, MTR Operations Director Lau Tin-shing told a press conference at the time.

HK security law, not an ornament

Scenes of violence around subway stations disappeared for a while due to COVID-19, but certain organizations used the adoption of the national security legislation for their political aims, calling for a "referendum" on a strike and class boycott among local residents and students.

Some Hong Kong student organizations applied to hold a gathering on June 14, 2020, which was denied by police.

However, some students still appeared around the Mong Kok subway station on June 7. Hong Kong police strengthened their forces in Mong Kok and on Nathan Road, where protesters usually gather, to avoid illegal assemblies.

The metro system is not the only victim of the unrest.

The Wall Street Journal last December described Hong Kong Disneyland as a "ghost town" where it "seems like there are more workers than visitors."

Months of protests have slammed Hong Kong's economic system, and tourism is among the hardest-hit sectors, the story underlined. "Visitors from all over the world are staying away."

Clashes between protesters and police have at times brought the city to a halt, causing stores to close, hotels to sit empty and music and dining festivals to be canceled, read the story.

COVID-19 has added insult to injury, given that parks have been closed since January 26 to avoid the spread of the virus.

According to the resort, the net loss for fiscal year 2019, ending September last year, increased to 105 million Hong Kong dollars (13.52 million U.S. dollars), up 94 percent from the previous year. 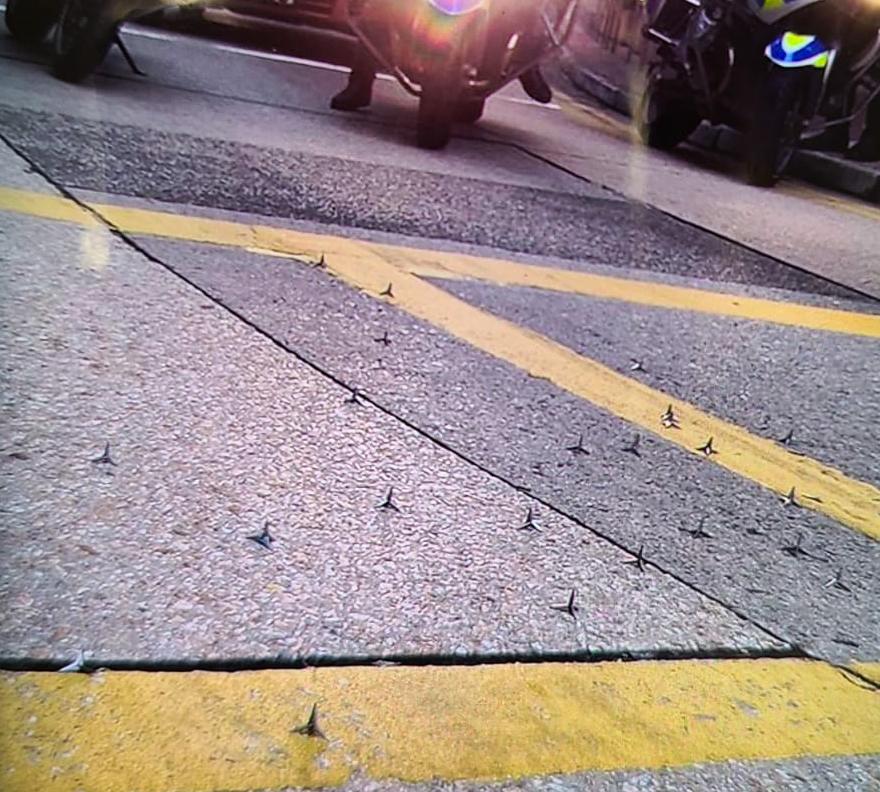 "Do you see any police force around the world, such as in France and the United States, use as much restraint as the Hong Kong police?" Hua told reporters in response to accusations by some experts.

"As the last line of defense for the rule of law in Hong Kong, we should praise the high restraint and professionalism of the Hong Kong police and their sacrifice and dedication should be respected by all."

During his first visit to Beijing last December, HKSAR Police Commissioner Tang Ping-keung said police will not tolerate violent acts and that resolute action would be taken against protesters.

Meanwhile, community groups and residents rallied in support of Hong Kong police, who they believed had been doing their utmost to fulfill their police duties in order to maintain social order.

"We don't use pistols against them. Now it seems that they don't understand that. They don't know we cherish them. They don't know that we police could have actually gone further and used guns," Hong Kong police sergeant Lau Chak-kei told CGTN during an interview last October.

"It makes me sad to see that protesters are not treating police officers as human beings," Lau said. 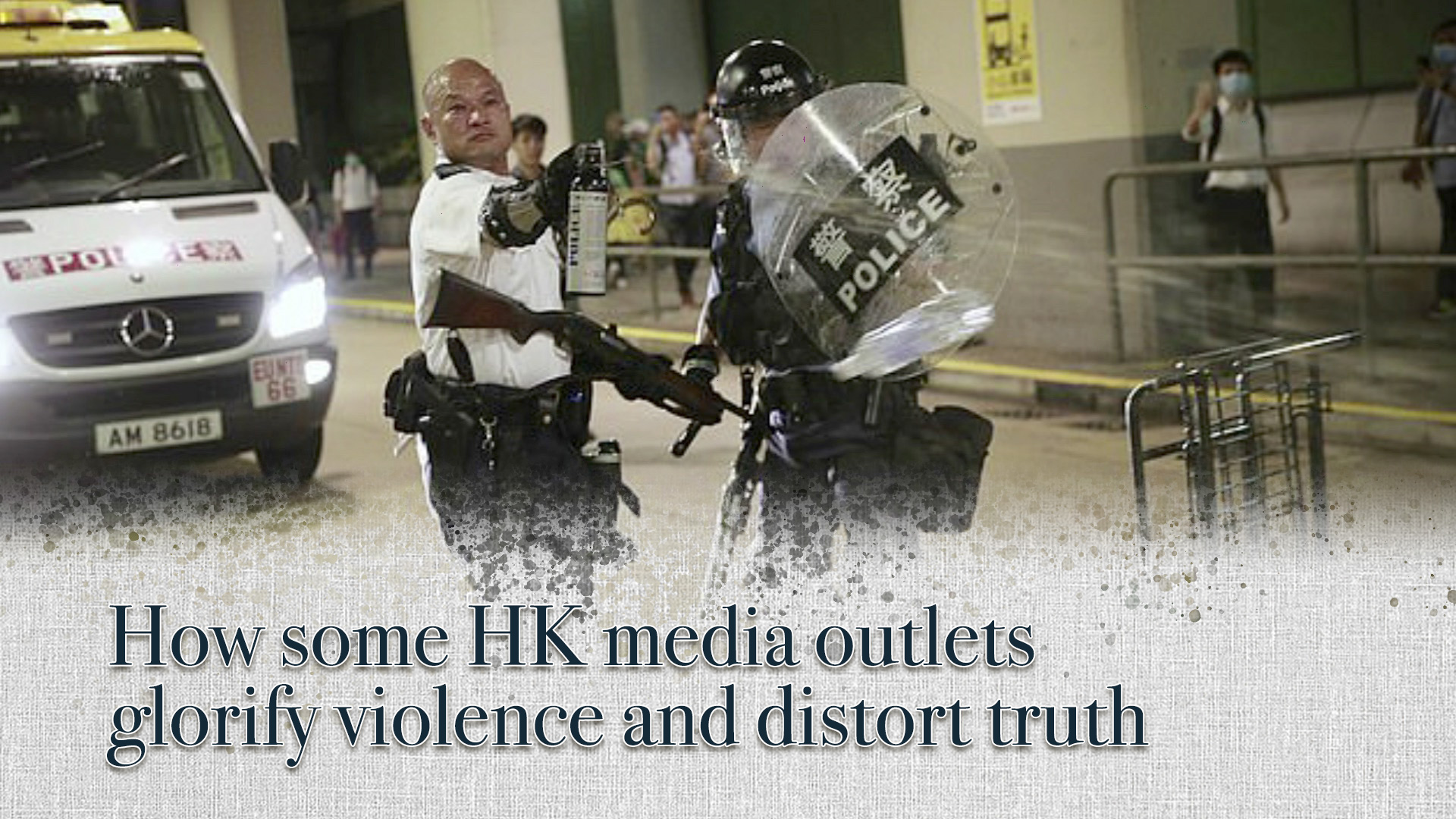 Timely, comprehensive and truthful reporting is the lifeblood of the media. Being unbiased, professional and objective are the fundamental principles any reporter must observe.

Regrettably, amid the chaos in HKSAR, some parts of the Hong Kong media acted as "spokespersons" for the West.

They did everything they could to discredit the Hong Kong police, vilify the SAR government, glorify the protests and incite social unrest. Their actions show that they were guilty of fueling the violence in Hong Kong.

On the unlawful gatherings and ensuing violence, the SAR government voiced strong opposition and expressed support for police over their resolute enforcement action.

Thus, the National People's Congress (NPC) has adopted a decision on a legislation to safeguard national security and maintain Hong Kong's prosperity and stability.

The move aimed to better protect the lawful rights and freedoms of Hong Kong residents, said the SAR government in a statement.

Unlawful assemblies have badly affected normal commercial activities and might increase the risk of coronavirus spreading, stressed the SAR government, calling on residents to draw a line with the rioters.