China: Xinjiang has contributed to the international cause of counterterrorism
CGTN 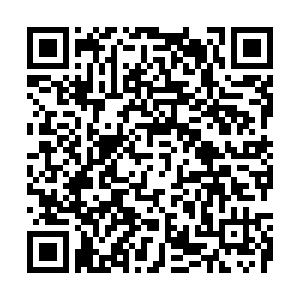 Authorities of the Xinjiang Uygur Autonomous Region said "any attempt to contain China by playing 'Xinjiang card' is bound to inflict harm on itself" during a press conference on Friday, when asked about the "Uyghur Human Rights Policy Act of 2020" signed into law by the U.S. President Donald Trump a day ago.

Earlier on Friday, CGTN released an exclusive documentary on the efforts and sacrifices of the local people on countering terrorism and extremism in Xinjiang earlier Friday in response to the bill.

Foreign Ministry spokesman Zhao Lijian said the documentary proves the necessity of anti-terrorism measures with specific cases and the enormous efforts made by the Chinese government, when asked about the timing of the documentary's release at a separate daily briefing in Beijing on Friday.

The measures against terrorism and extremism are legitimate, and have curbed rise of terrorism in the region.

"Over the past three years and more, there has not been a single violent terrorist case in Xinjiang," Zhao said during the briefing.

It's not about human rights: China hits back at U.S. Uygur bill signed by Donald Trump

The regional government of Xinjiang also expressed strong condemnation about the bill, and said "Its people of all ethnic groups strongly denounce and oppose it" during the press conference.

The Xinjiang spokesman said "Xinjiang regional government has been active in implementing the United Nations Global Counterterrorism Strategy and other anti-terrorism resolutions, firmly opposed linking terrorism and extremism with any specific region, ethnic group or religion."

For some time, Xinjiang was plagued by terrorism and religious extremism. But the government has been taking resolute measures to combat terrorism and carry out de-radicalization work in accordance with the law, effectively curbing the frequent violent terrorist incidents and protecting the rights to life and development of the people of all ethnic groups.

Since 2014, Xinjiang has destroyed 1,588 violent terrorist gangs, arrested 12,995 violent terrorists, seized 2,052 explosive devices, effectively curbing the frequent occurrences of violent terrorist activities and ensuring, to the maximum extent, the rights to life and development of people of all ethnic groups in Xinjiang, according to data provided during the conference.

Xinjiang regional government also questioned U.S. policy on American Muslim community. It pointed out that according to the report of Council on American-Islamic Relations (CAIR), more than one third of anti-Muslim incidents were incited by the federal government in 2017.

The official also quoted a Pew Research Center report, saying "82-percent interviewees believe that the Muslims are discriminated in the U.S."

During the press conference, the spokesperson quoted a Turkish reporter's visit to Xinjiang in January 2019.

The reporter said "some Western media made very negative report on the education and training centers. […] But all those bias escaped after the visit. I saw a real education institution and trainees were absorbing knowledge for improving themselves so as to become someone with moral virtues. The very good atmosphere there helps the trainees reintegrate into the society."