It's not about human rights: China hits back at U.S. Uygur bill signed by Donald Trump
CGTN 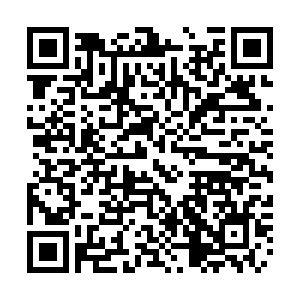 "Issues in Xinjiang are nothing about human rights, ethnicity or religion, but combating violence, terrorism and separatism," said the Chinese Foreign Ministry in a release published on Thursday. 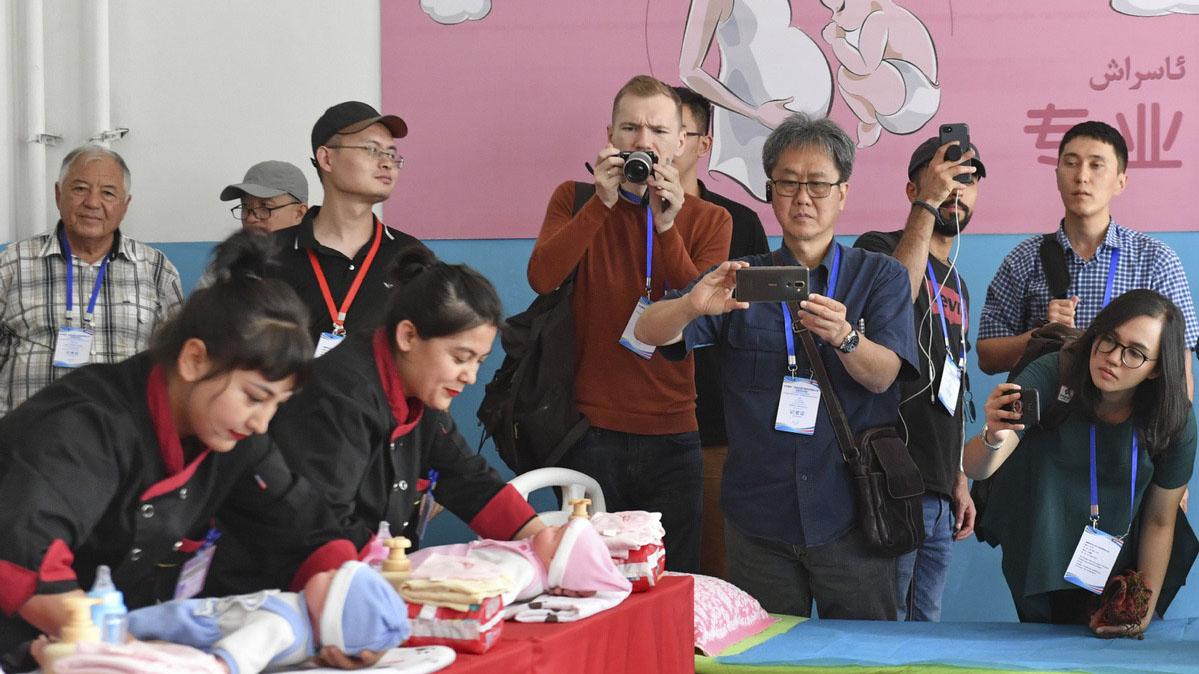 U.S. officials also have long shed doubts on the educational and vocational training centers established by the Chinese government for Xinjiang locals with "extremist tendencies." The centers were designed to educate trainees and provide them with the necessary skills to make a living, as Beijing has re-emphasized for dozens of times throughout the year.

At Thursday's regular press conference, Chinese Foreign Ministry Spokesperson Zhao Lijian said that the work carried out in Xinjiang had effectively contained the trend of frequent violent and terrorist activities as well as protected the fundamental rights of the people of all ethnic groups in Xinjiang, including the rights to life, health and development.

Ethnic groups have been equal and united, religions in the region have been harmonious, and people's lives have been stable and peaceful, he said.

Official data shows that as of last year, Xinjiang's GDP has more than doubled, with the poverty rate going down to six percent and primary school enrollment up to 99 percent.

The centers were all closed after the trainees finished their courses. 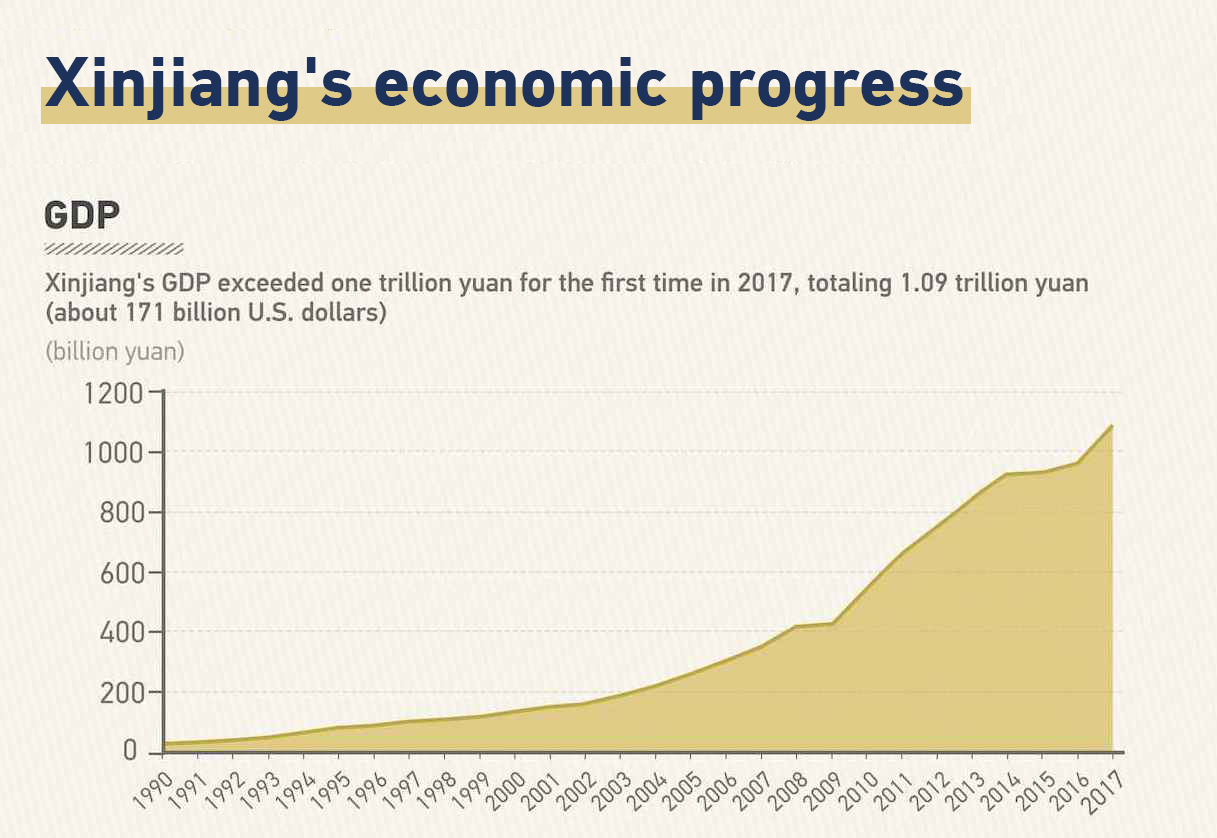 The act would also tighten export controls on technology that could be used to "suppress individual privacy, freedom of movement and other basic human rights."

CGTN Exclusive: A tour of a closed 're-education camp' in Xinjiang

The legislation came at a time when Washington is grappling with the widespread protests about racial inequality across the United States and making up its coronavirus response failure which has led to the deaths of over 119,000 people in the country.

"The United States is trying its best to deflect from many internal problems that it's currently facing," commented Timothy Kerswell, an assistant professor at the University of Macao, referencing the U.S.' COVID-19 crisis and spate of anti-racism protests.

In January, CGTN spoke with some graduates from the Xinjiang training centers. Ababakri Ablez was among them – he used to be "affected by extreme beliefs," he claimed.

With the help of local officials, he was convinced to join a de-radicalization program, where he studied law and picked up skills such as sewing and weaving. 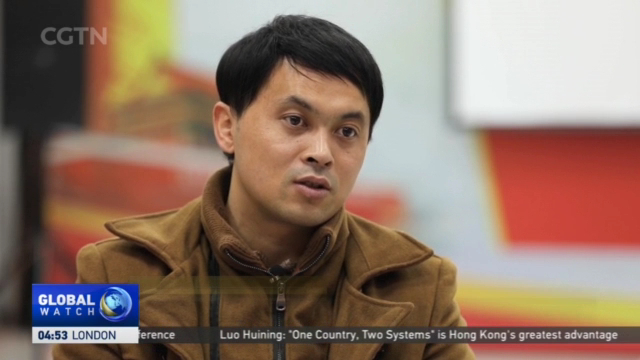 Looking back, he said that was a decision that has changed his life and many others around him.

"After the program ended, the number of tourists almost doubled in Turpan. This is for the economic development of Xinjiang. If there's no stability, how do we develop?" he said. 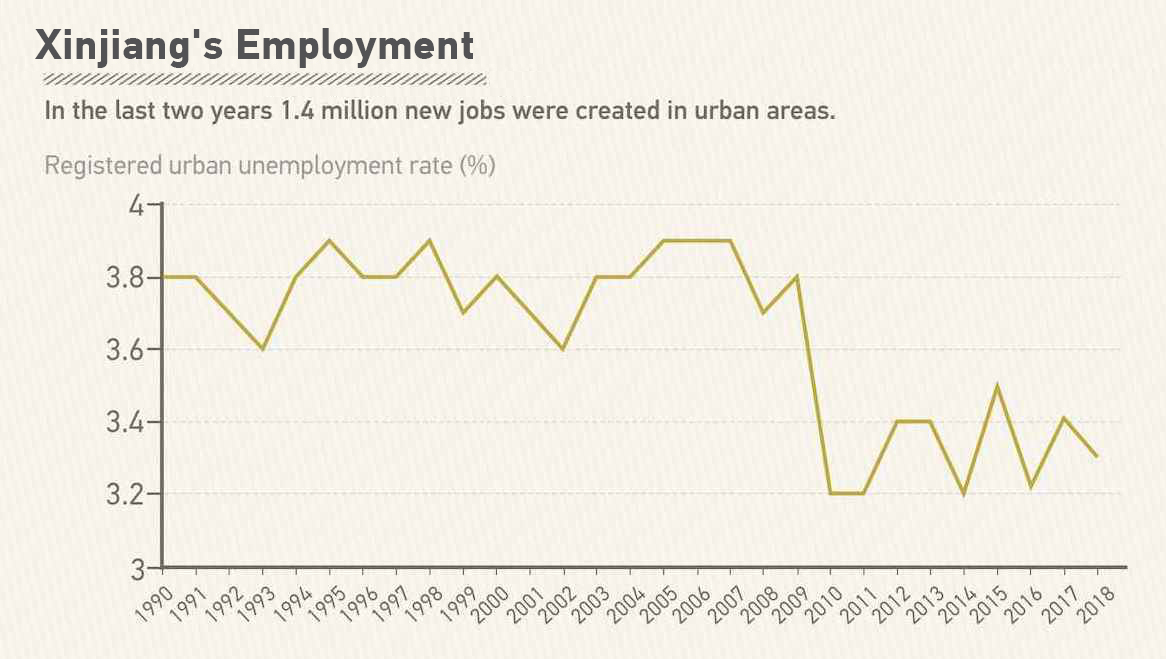 Amid concerns about privacy and freedom in Xinjiang, 54 countries – mostly Muslim-majority states – defended China's counter-extremism efforts in Xinjiang, commending China in its development policies there and in "providing care to its Muslim citizens."

Currently, China has built at least 35,000 mosques, taking over France, the U.S. and the UK – which are home to 2,300, 2,106, and 1,600 mosques respectively. Even on the per capita basis, Chinese Muslims have three times the number of mosques their Western peers have.

"The government walks the talk through its positive engagement in Xinjiang," Bobby Naderi, a British journalist and current affairs commentator told CGTN.

"As an ancient civilization, China prides itself as a country where Muslims have had the same chances to live with dignity. If in doubt, Article 36 of China's Constitution clearly stipulates that all citizens shall enjoy the freedom of religious belief," he said.