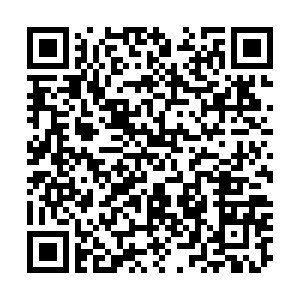 China is on its way to completing the building of a moderately prosperous society, or "xiaokang society," in all respects this year.

Rooted in China's traditional culture, "xiaokang" is used by the Chinese government to capture the development goals toward which the country has been striving. Its currently most widely used form – "an all-around xiaokang society" – captures the broader goals of modernization and elimination of poverty by 2020.

This concept sets out an "income-doubling plan" aimed at doubling the GDP and per capita income of both urban and rural residents by 2020 in comparison with 2010 levels. 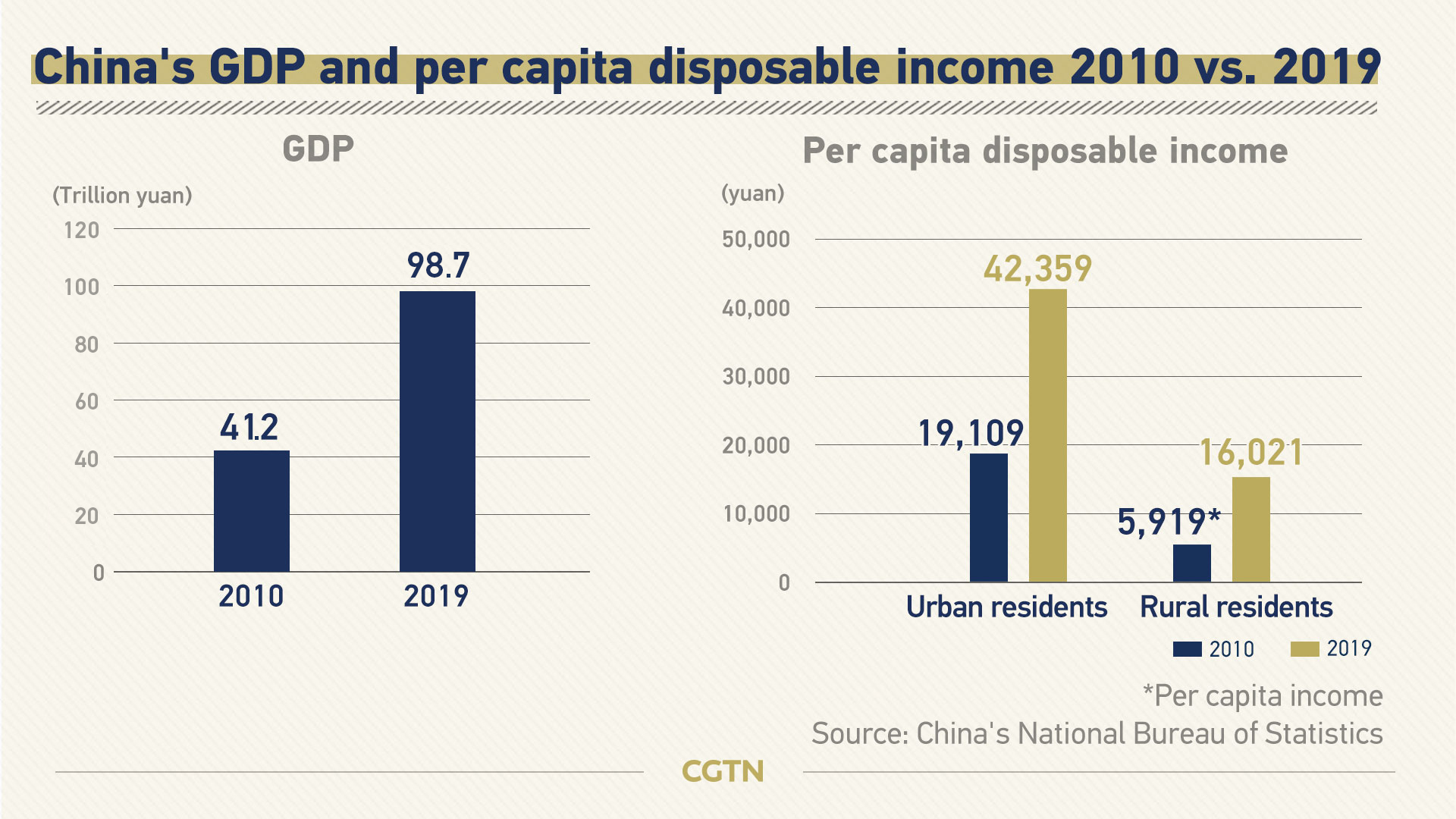 In a bylined article published on June 1, Chinese President Xi Jinping said that China has basically achieved its goal of building a moderately prosperous society in all respects, adding that "the results have been even better than expected."

China registered an annual GDP of 99 trillion yuan (14 trillion U.S. dollars) in 2019, with per capita GDP of 10,276 U.S. dollars, which was among the highest in middle-income economies. 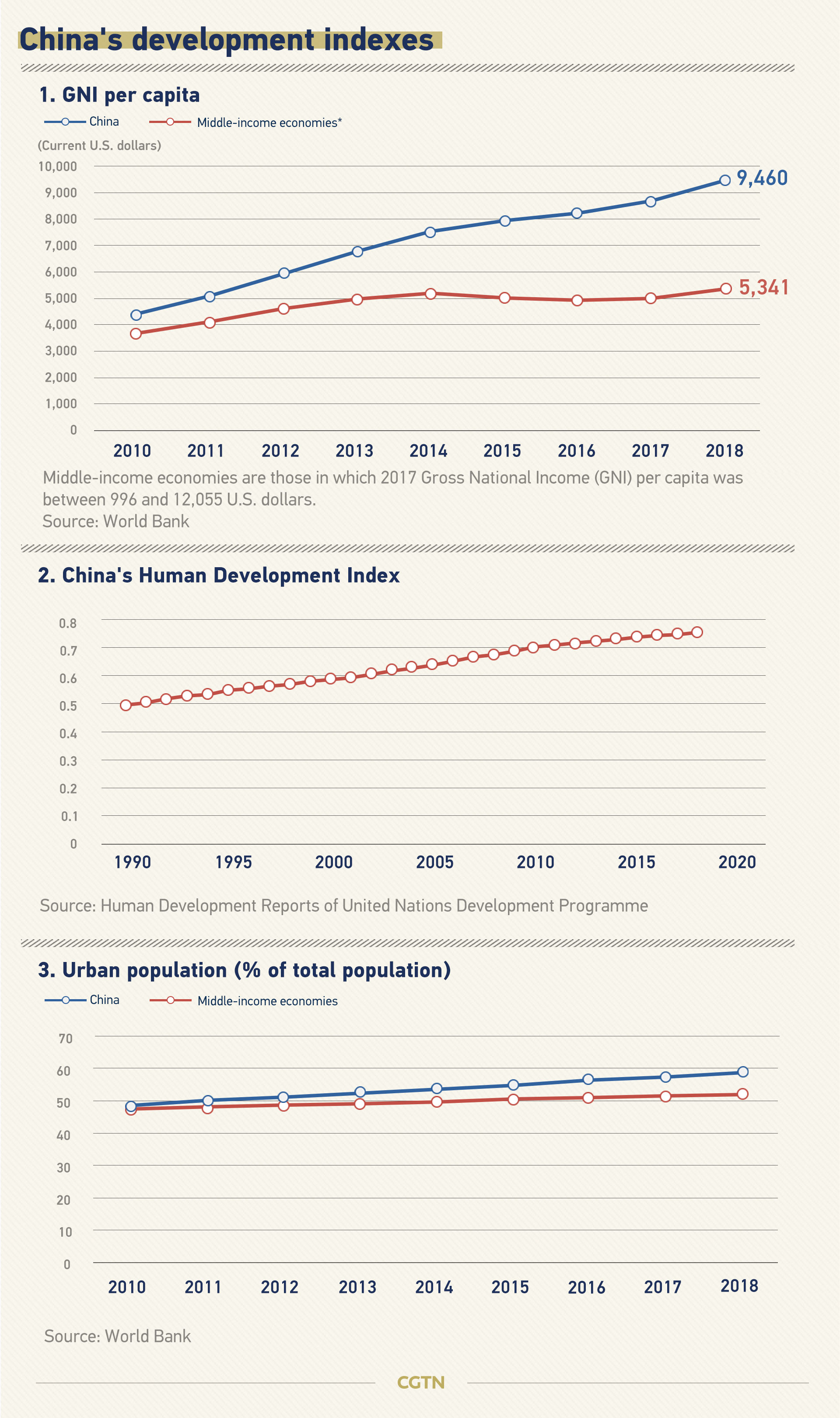 For the Human Development Index (HDI), a composite index by the United Nations Development Program measuring average achievement in three basic dimensions of human development – a long and healthy life, knowledge and a decent standard of living, China ranks 85th in 2018 among 189 countries and regions in the world. Its urbanization rate is nearly 60 percent, higher than the average level of middle-income economies.

China now has the largest middle-income group in the world – 400 million people with monthly income between 2,000 and 5,000 yuan. The national Engel's coefficient – the proportion of family income that is spent on food – has dropped to 28.2 percent in 2019. Cars came into popular use. In 2019, there were 35 cars per 100 households in China.

Housing conditions have also improved. In 2019, the per capita housing area of ​​urban and rural residents in China was 39 and 47 square meters. 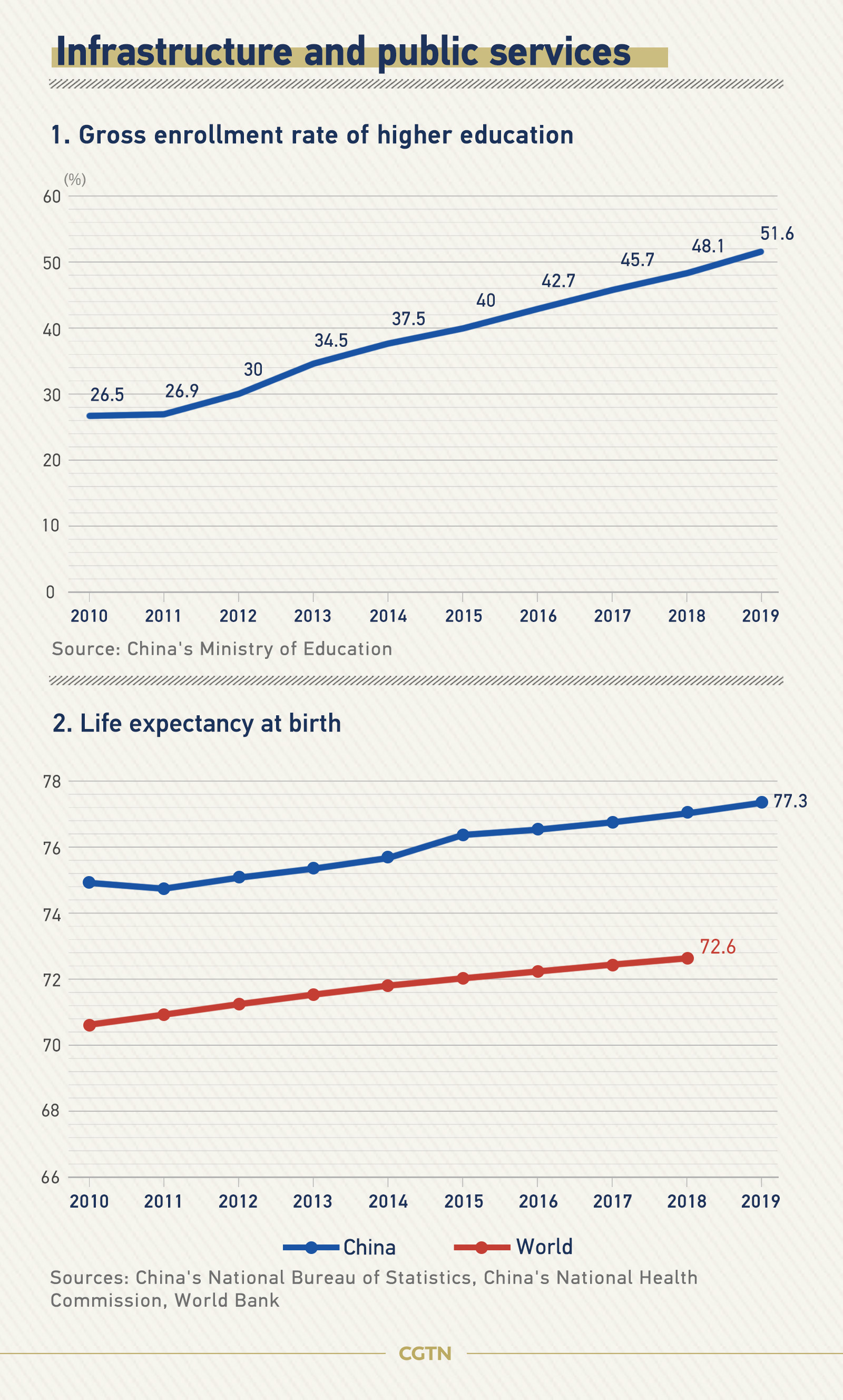 Initially linked explicitly to targeted growth in income, "xiaokang" has evolved to outlines goals including significantly elevating the educational level of the entire population, narrowing the income gap and complete social security coverage.

Winning the battle against poverty is the landmark indicator for building a moderately prosperous society in all respects.

The country's poverty alleviation tasks are near completion, as the number of people living under the national poverty line fell to 5.51 million at the end of 2019 from nearly 100 million people in late 2012. 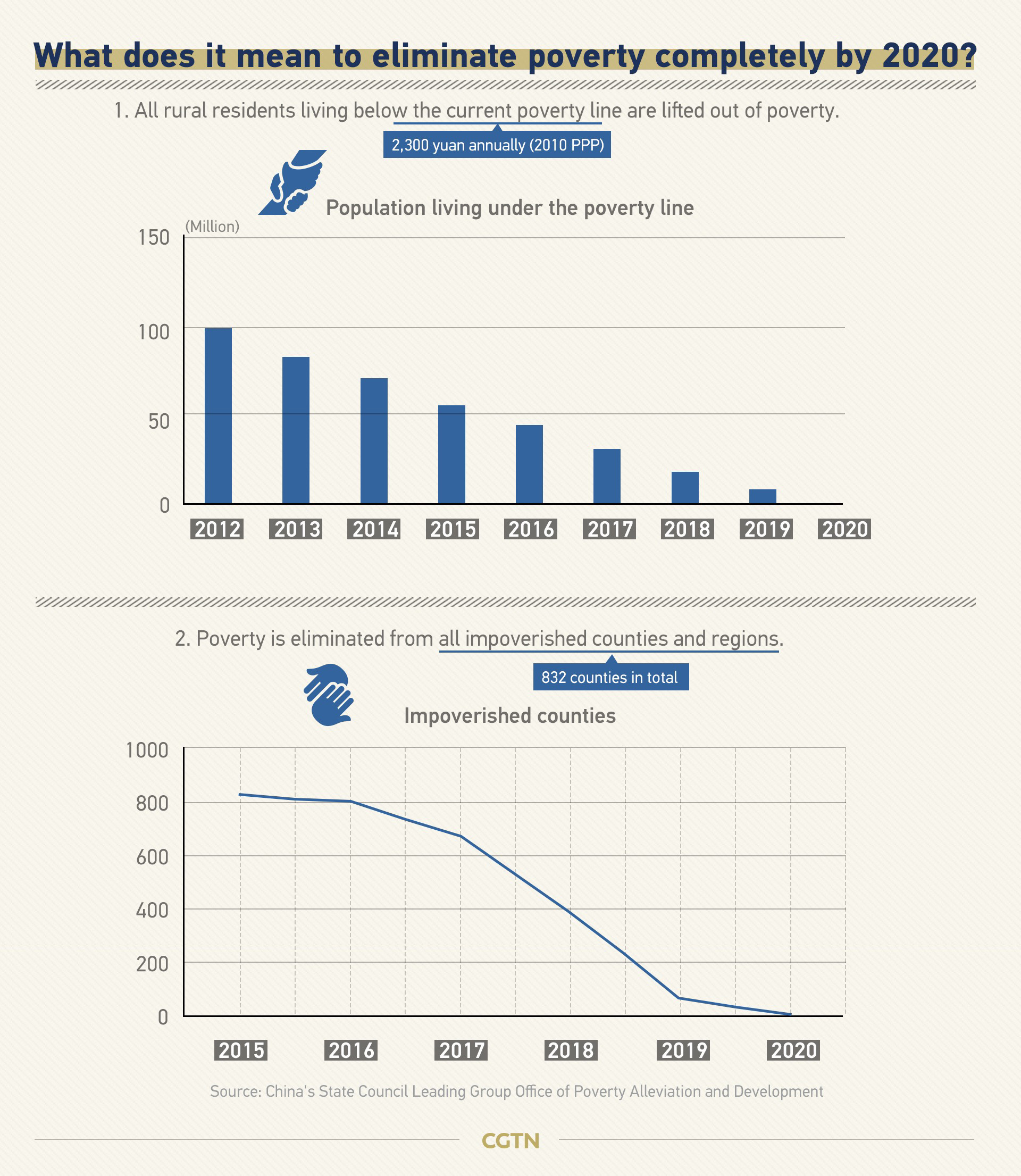 The COVID-19 epidemic has brought about new challenges to China's 2020 goals, forcing the country to coordinate epidemic control and economic and social development to win the battle against poverty and complete the building of a moderately prosperous society in all respects.

Despite the impact of COVID-19, the progress of the poverty alleviation campaign remains solid.

To mitigate the impact of the epidemic, 3.43 million poor laborers had taken rural public welfare posts in the central and western regions as of April 30. According to 2019 data, migrant workers' wage accounted for 41 percent of farmers' income. With the help of supporting policies, the number of impoverished people going outside of their hometowns to work had reached 95.4 percent of last year's total as of April 30.

Liu Yongfu, director of the State Council Leading Group Office of Poverty Alleviation and Development, said last month that the pandemic will not change the general course of poverty elimination, and the goals and tasks involved in defeating poverty will remain unchanged.