The U.S. is cutting off its nose to spite its face by sanctioning HK
First Voice 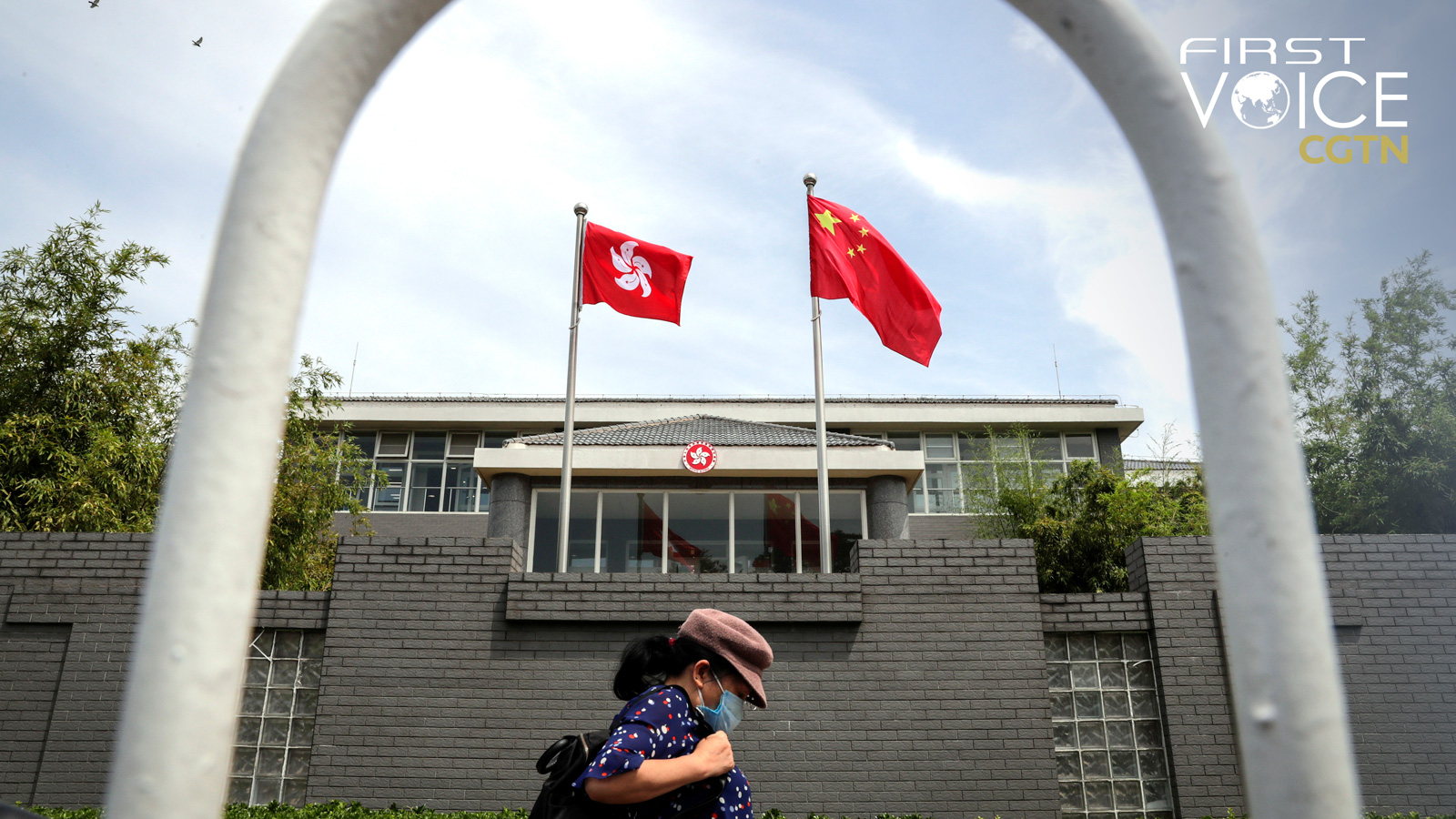 The U.S. has taken its first step towards revoking Hong Kong's special status by halting its defense exports to the city as well as restricting Hong Kong's access to U.S. high-tech products. More measures like this aimed at eliminating a range of preferential treatments enjoyed by Hong Kong under China's "One Country, Two Systems" arrangement are likely to be rolled out by Washington in the future.

However, the simple truth is that the U.S. will only find itself stuck between a rock and a hard place in trying to keep pushing ahead with its revocation decision. This is because Hong Kong's future will not be derailed by Washington's bullying tactics; instead, by taking this step, the United States itself will end up damaging its very own interests.

According to Wang Bowen, an expert on Hong Kong affairs at the China Institutes of Contemporary International Relations, the U.S. latest decision to restrict sensitive technology exports to Hong Kong, which is still lacking in details at the moment, will only generate a limited impact on the city in the short term.

First of all, he pointed out that prior to the announcement, the U.S. had already been scaling back its exports of sensitive and dual-use technology to Hong Kong. The city does not import a big amount of relevant technology from the U.S. anyway. Moreover, substitutes for those U.S. technologies are available from other countries for Hong Kong as it has a very robust trading relationship with other countries around the world, he said.

The city's Chief Executive Carrie Lam also commented on June 30 that Hong Kong has made preparations for the U.S. move and estimated that the trade-restrictive measures would only cause a little inconvenience.

In terms of other measures that are likely to be rolled out following the latest restriction, they are not likely to hurt Hong Kong in any fundamental way, either.

The reasons are manifold. Wang pointed out that Hong Kong's status as an international trading and financial center is built upon its 150 years' economic and business practice. Its optimal business environment, the rule of law and close link with the Chinese mainland, etc. are what have been luring businesses and investment into the region, and none of those are granted by the U.S. by any stretch of the imagination. So far, over 4,000 international companies have located their headquarters or regional offices in the city, and all major international banks have set up branches there as well. These intricate economic links Hong Kong has forged with the outside world are surely not up to the U.S. to undo. 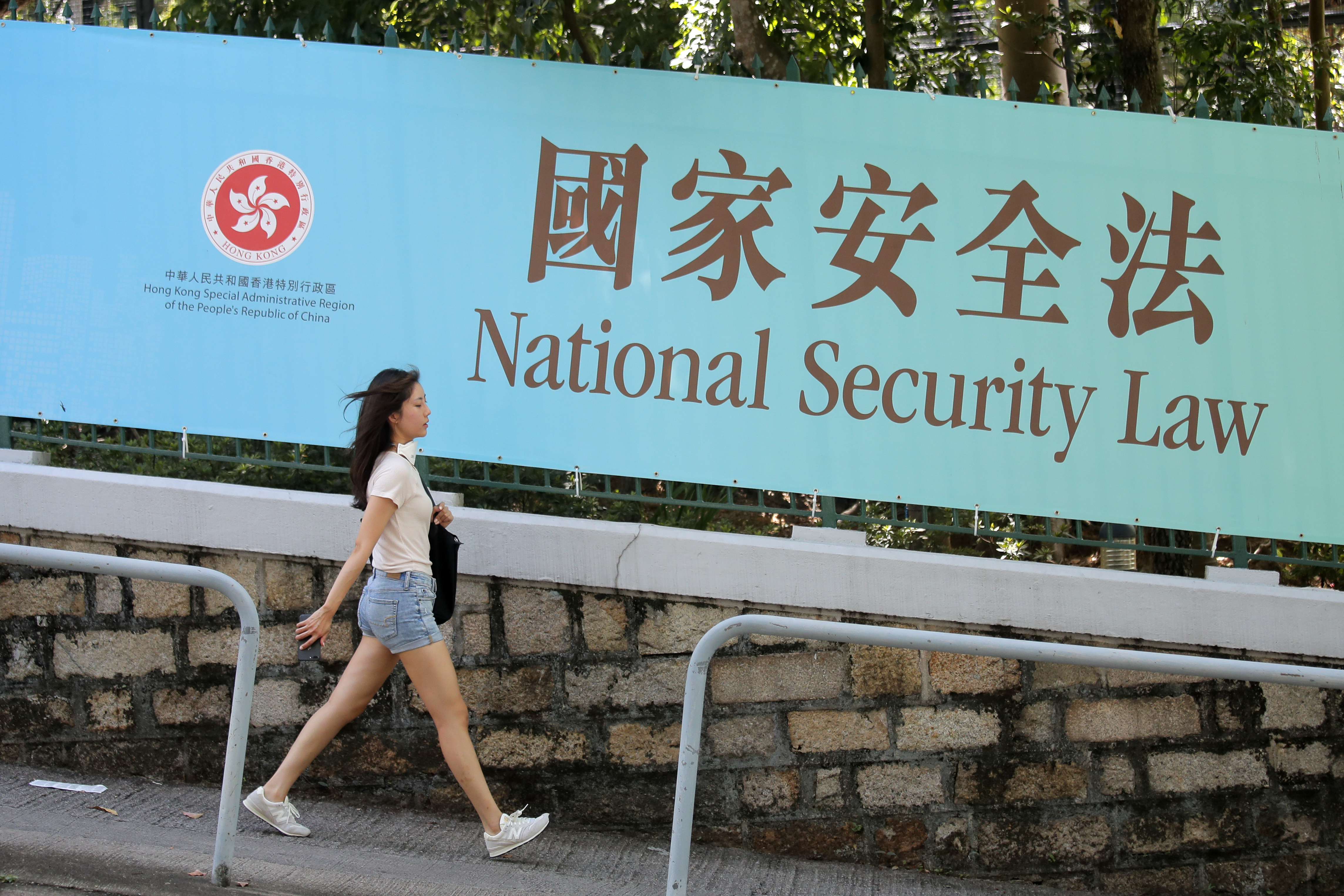 A woman walks past a promotional banner of the national security law for Hong Kong SAR, Hong Kong, June 30, 2020. /AP

A woman walks past a promotional banner of the national security law for Hong Kong SAR, Hong Kong, June 30, 2020. /AP

Secondly, the city has the full support of China's central authorities, which will be a key factor in ensuring that the region enjoys favorable policies to secure its continuous development. As Daryl Guppy, a member of the national board of the Australia-China Business Council noted in an earlier interview, the U.S. sanction on Hong Kong would only help to speed up the integration between the city and the Chinese mainland in the context of China's promotion and development of the Greater Bay Area.

Last but not least, the fact that Hong Kong acts as a bridge between the mainland and the outside world also means that as long as there are commercial opportunities in the mainland, there will be foreign capital and investment coming to Hong Kong and businesses accessing the mainland market via the city, Wang noted.

The conclusion is that if the U.S. is bent on sinking Hong Kong's economic future and that of the Chinese mainland, it seriously needs to think again.

Moreover, ending Hong Kong's special status has also been met with strong opposition from many businesses and organizations in the city itself, including the American ones, Wang emphasized, and this is indicative of how unpopular this decision is among the business community.

Even the American Chamber of Commerce in Hong Kong has said that "Hong Kong's special status must remain a shield for the city as U.S.-China trade war intensifies." According to The Wall Street Journal, the U.S. has more than 1,300 companies, around 85,000 citizens, about 300 regional headquarters and 400 regional offices in the city. Putting more sanctions on the city will only add frictions to U.S. companies doing business there and affect American nationals residing and working in the city as well.

In terms of trade, while Hong Kong's exports to the U.S. made up only 7.7 percent of its total in 2019, the United States enjoys the highest surplus worldwide in its trade with Hong Kong, with about 30 billion U.S. dollars a year, according to Xinhua, and so the U.S. itself will be negatively affected if it casts a very wide net in terms of restricting trade with Hong Kong in the future.

In the final analysis, the U.S. will find it difficult to continue with more actions against Hong Kong. If sanctions did increase in range and intensity, Hong Kong would surely be dealt a heavier blow, which will indeed be concerning, but these sanctions will not derail its future, nor that of the Chinese mainland. The U.S., however, will also not come out of this fight unscathed. It considers Hong Kong a stick to beat China with. Well, it has got it woefully wrong.