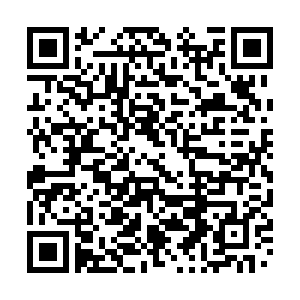 The Hong Kong Garrison of the Chinese People's Liberation Army (PLA) said on Wednesday it firmly supports the promulgation and implementation of the Law of the People's Republic of China on Safeguarding National Security in the Hong Kong Special Administrative Region (HKSAR).

Stressing that national security is the cornerstone for a country's stability and the guarantee for the people's well-being, the spokesperson of the PLA garrison in Hong Kong said in a statement that the enactment of the law meets the shared aspiration of all those who love the country and Hong Kong.

Members of the PLA garrison in HKSAR will resolutely carry out the decisions and plans by the central authorities, fully implement the principle of "One Country, Two Systems" and perform the defense duties in accordance with the law, it said.

Chinese lawmakers of the National People's Congress (NPC), the top legislature in China, voted unanimously on Tuesday to adopt the national security law for the HKSAR, a "resolute" effort taken by the central government that will make secession, subversion, terrorist activities, and collusion with foreign forces illegal. The law took effect at 23:00 local time on the same day. 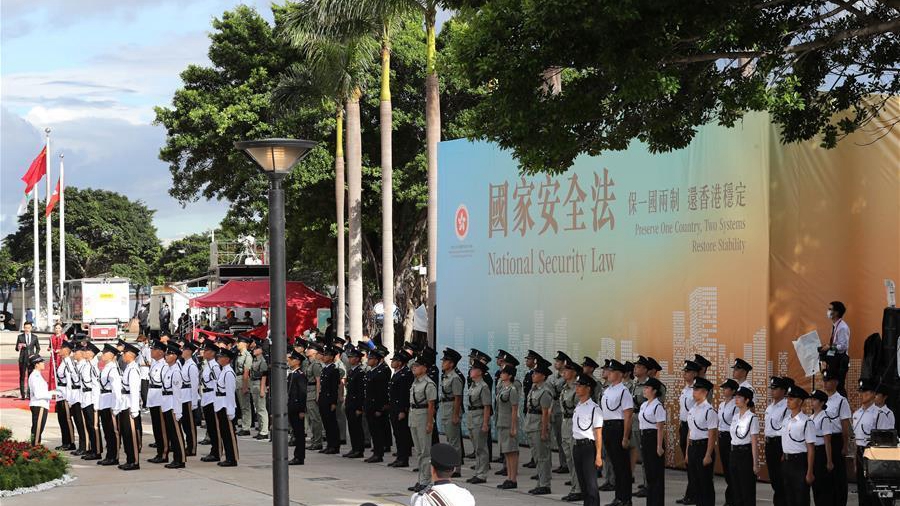 China: the law a 'guarantee' for prosperity

China on Wednesday reiterated the national security law for the HKSAR is an institutional guarantee for the long-term prosperity and stability of Hong Kong, which is entirely China's internal affairs that allows no foreign interference.

Zhao Lijian, spokesperson for China's Foreign Ministry, made the comments on Wednesday in response to questions related to the newly passed national security law for Hong Kong.

According to Zhao, the legislation is an important step to fully uphold and improve the institutional framework of the "One Country, Two Systems" and safeguard the long-term prosperity and stability in Hong Kong.

It is a corrective action to tackle the unrest in the HKSAR as well as to protect national sovereignty and security, noted Zhao. 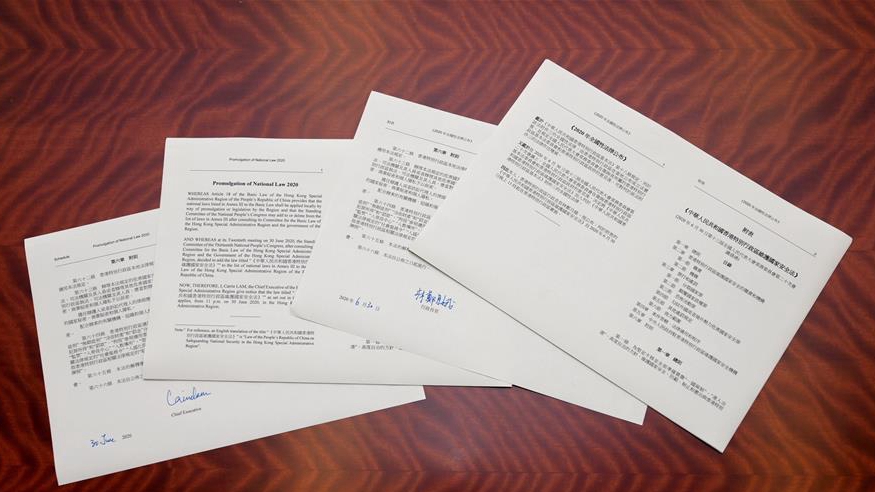 Stressing that Hong Kong affairs are China's internal affairs, the spokesperson warned some Western countries not to underestimate China's determination in defending its national security and interest and urged them to stop interfering with the matter immediately.

Zhao was referring to the attempts made by the U.S. and a few Western countries to intervene in the legislation process.

Shortly before the NPC voted for the law, the U.S. Commerce Department announced that it was ending the special treatment of the HKSAR.

Zhao also accused a group of Western countries headed by the UK, France, and Germany of "attacking and smearing China on Hong Kong-related issues" at the 44th session of the United Nations Human Rights Council held on late Tuesday. 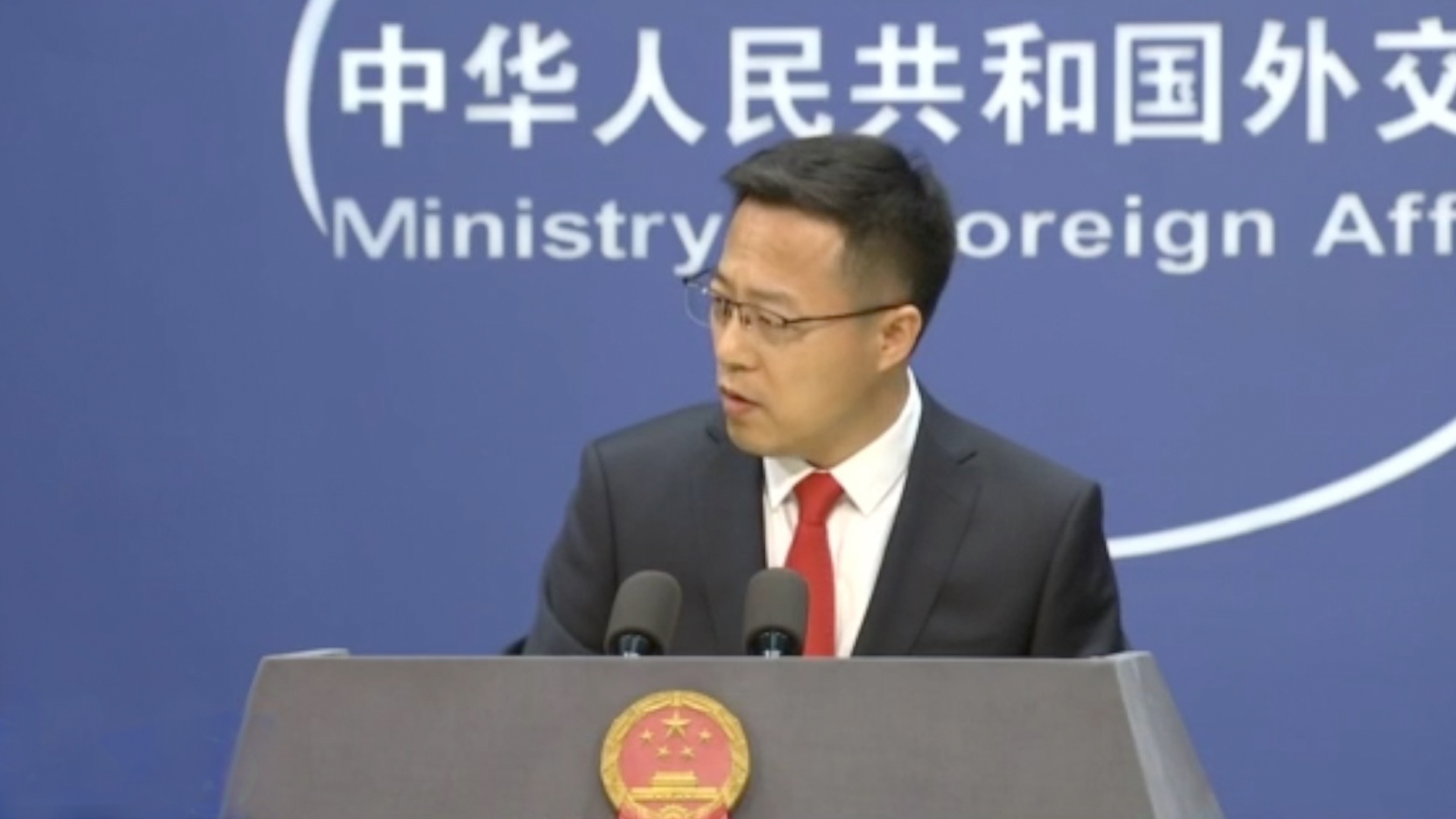 Their attempts have been defeated, said Zhao, noting that over 52 countries had made a joint statement at the council to "support China's policy on Hong Kong."

A representative of Cuba read the joint statement at the session. The statement said that "in any country, the legislative power on national security issues rests with the state, which in essence is not a human rights issue," stating that "every country has the right to safeguard its national security through legislation and commend relevant steps taken for this purpose."

"We urge those countries that intend to politicize the legislation work to treat the issue properly and stop using Hong Kong affairs as an excuse to interfere in China's internal affairs," said Zhao. 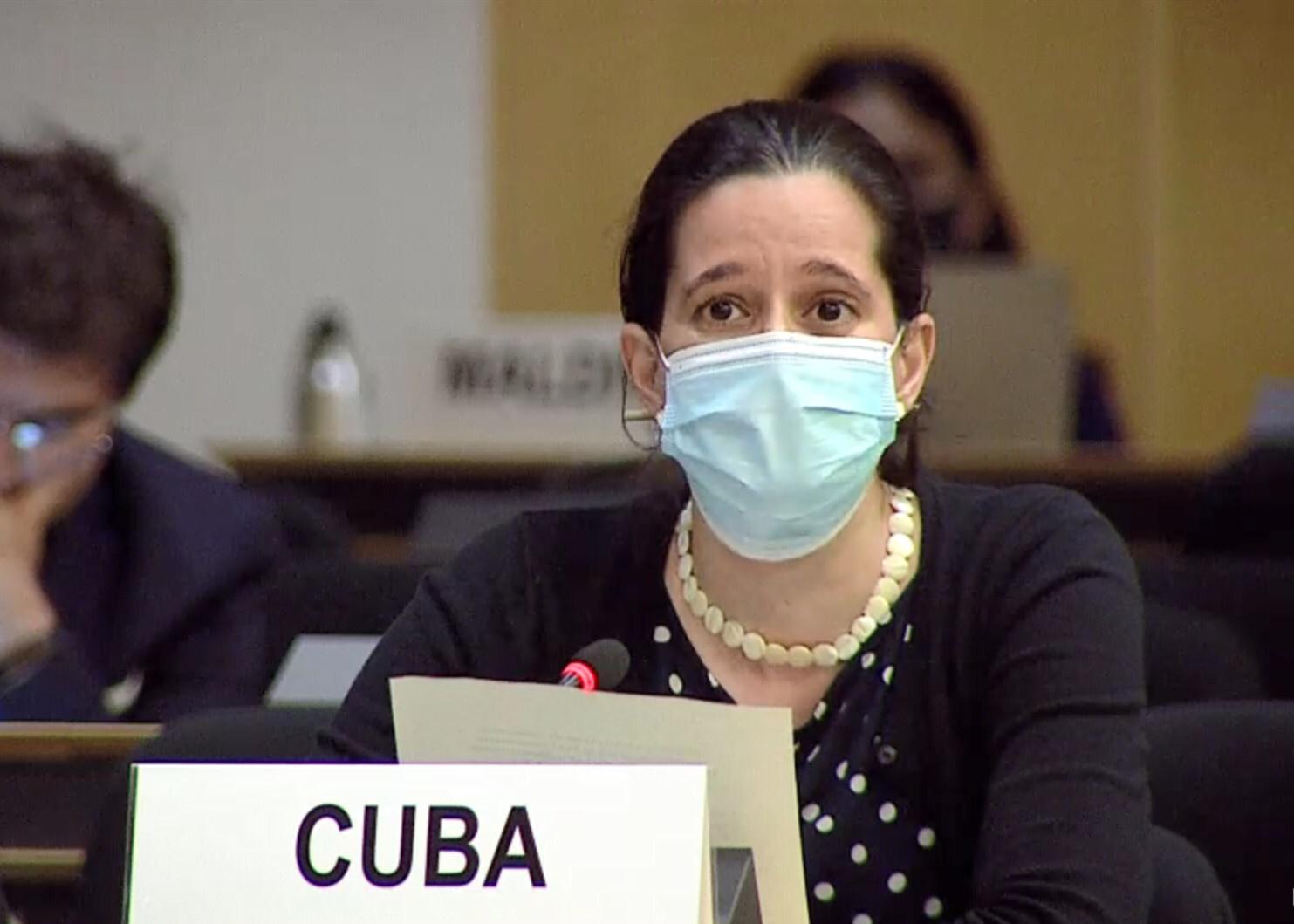 Cuba delivers the statement on behalf of 52 countries. /UN

Cuba delivers the statement on behalf of 52 countries. /UN

A spokesperson for the People's Republic of China to the European Union on Wednesday also refuted EU's comments on the legislation, saying the law "fully conforms to the 'One Country, Two Systems' policy, the Constitution and the Basic Law," and is a "guardian" for the vast majority of Hong Kong residents including foreigners in Hong Kong.

"The law upholds the 'One Country' as the foundation and simultaneously accommodates the differences between the 'Two Systems,' said the spokesperson.

The law provides a strong institutional guarantee for fully and faithfully implementing the "One Country, Two Systems" principle while effectively upholding national sovereignty, security and development interests, the spokesperson added.

The remarks were made in response to the EU's criticism against the national security law, which claimed that the law risks seriously undermining HKSAR's autonomy and is detrimental to Hong Kong's judicial independence and the rule of law.

(Cover: HKSAR celebrates the 23rd anniversary of its return to the motherland, July 1, 2020. /Xinhua)