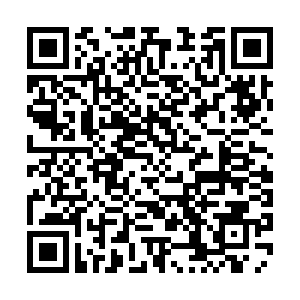 From the choice of Joe Biden's running mate and Donald Trump's attempts to win back suburbia to the presidential debate clashes and the battle for control of the Senate, there's plenty to look out for over the final 100 days of campaigning ahead of the U.S. elections. 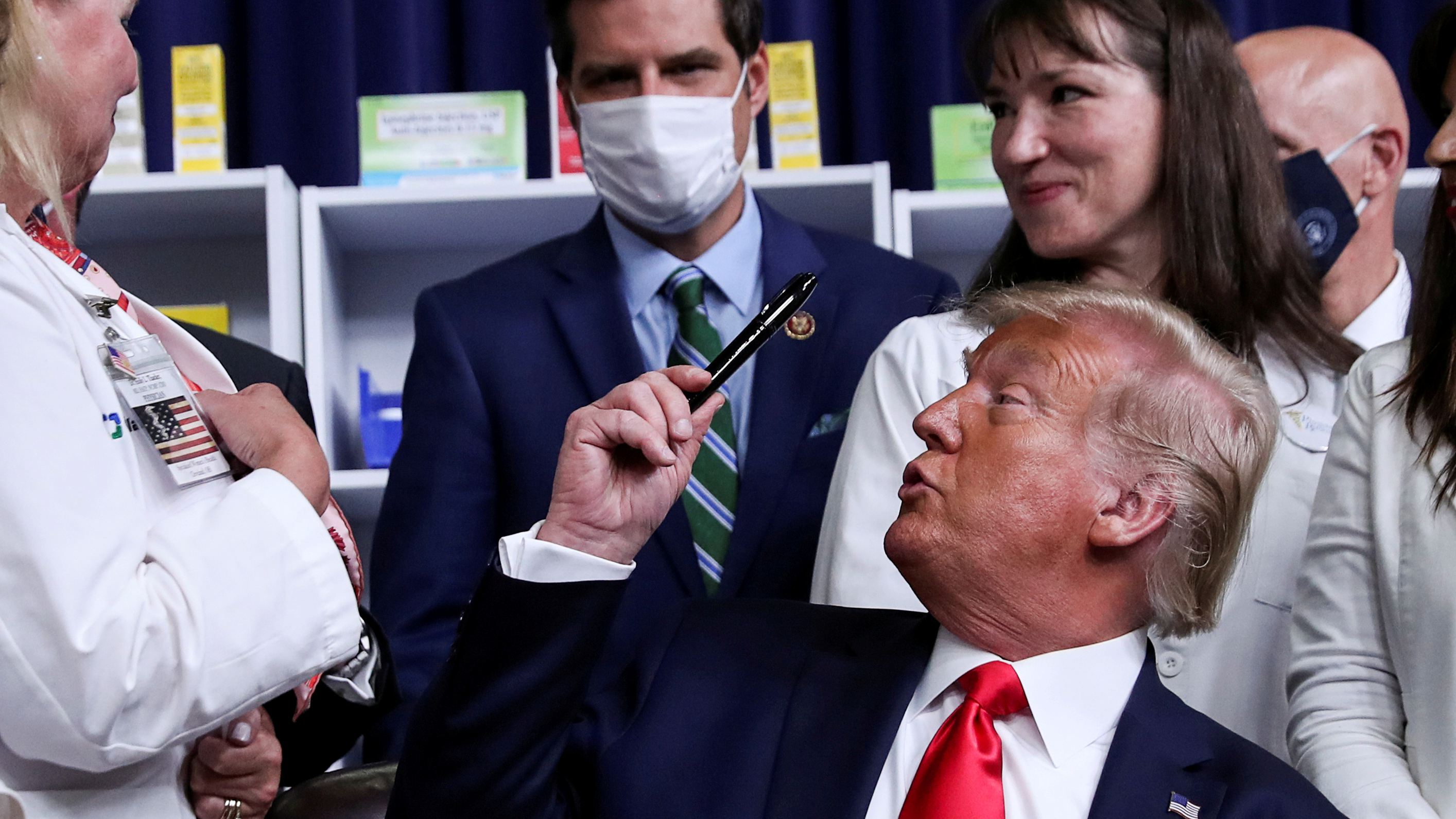 Here are nine factors to watch as the 100-day countdown to November 3 begins:

Trump has to do something to change the trajectory of the presidential race. The election is effectively a referendum on his performance and if it were held today, polls suggest he would be comprehensively defeated by Biden and the Republicans could lose control of the Senate.

Over the past seven days there have been signs of the president tacitly acknowledging two facts the polls make clear: He is losing to Biden and a majority of American voters don't approve of his handling of the COVID-19 pandemic. He has taken a far more serious tone – perhaps influenced by new campaign manager Bill Stepien – and made a series of U-turns on his approach to the crisis.

Five ways Trump could shake up his 2020 campaign

Republicans turn their backs on Trump

The president previously mocked the wearing of masks, now he says doing so is patriotic. COVID-19, once a "hoax," now "may get worse before it gets better." All schools no longer need to reopen in the fall for in-person teaching. And there was a dramatic twist in the ongoing soap opera over the Republican National Convention, with Trump's re-nomination rally in Florida cancelled.

With over 145,000 COVID-19 deaths in the U.S. and 18 states setting single-day records for cases in the past week, it may be too late for Trump to change minds. And there are doubts over whether he will be able to maintain the relative discipline. But the new approach is an attempt to address his biggest weakness with voters – his handling of the pandemic.

The polls currently suggest the White House is Biden's to lose – but it would be a surprise if the race didn't narrow in the run-up to November 3.

Nationally the former vice president holds an 8.7-point lead over Trump according to the RealClearPolitics average, and analysis of state-by-state polling averages suggests that he would win the Electoral College handily, by 352 to 186, if the election were held today. 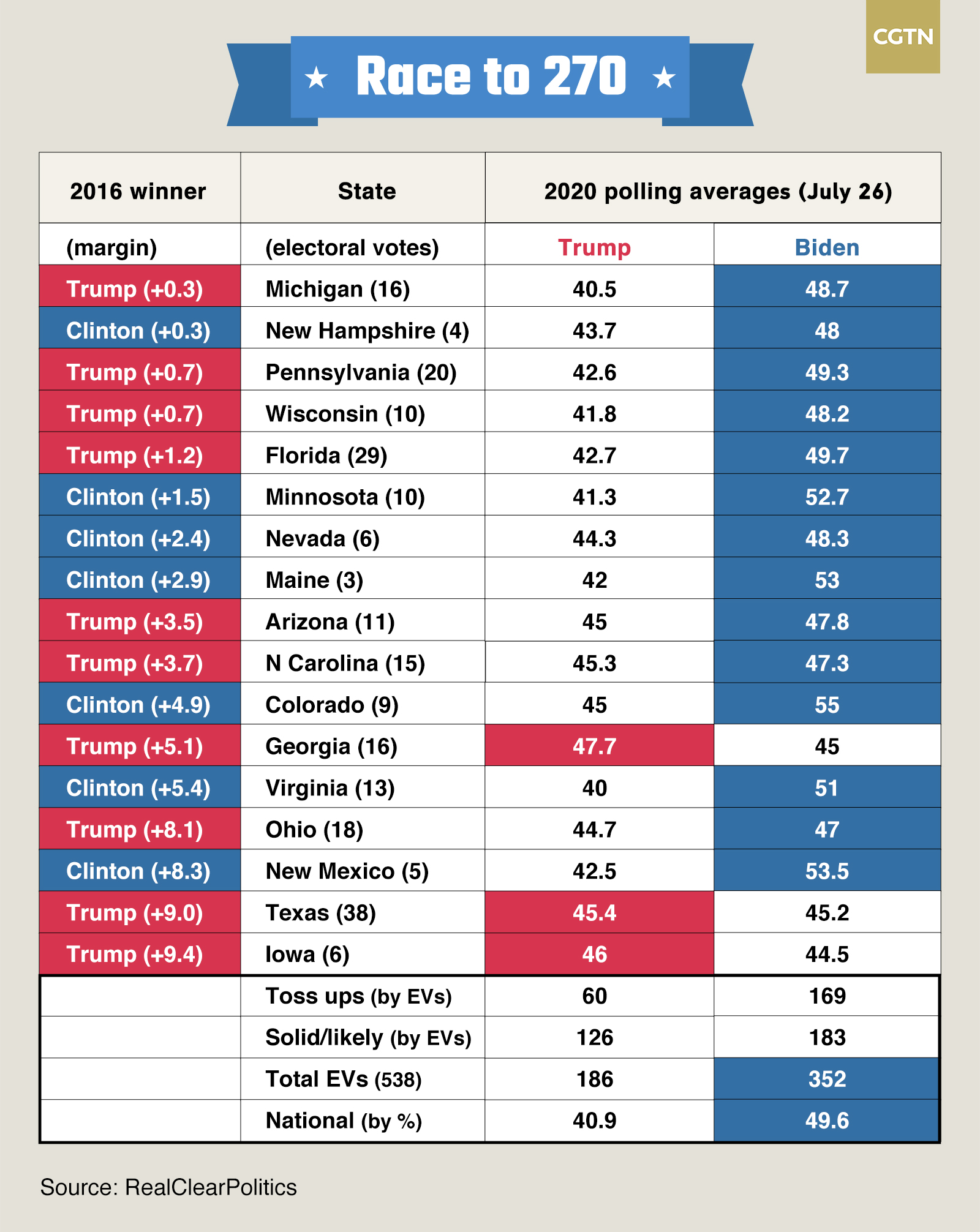 Biden is widening his lead in the pivotal state of Florida and is within 0.2 points of Trump on average in the Republican stronghold of Texas, as the president struggles to address three domestic crises: The pandemic, the stalled economy and the movement for racial justice.

However, whether real or media-driven, election campaigns always have twists and turns. The Trump campaign insists that the president's internal polling numbers are much better than the public surveys. As campaigning intensifies, more money is spent and the reality of the choice becomes closer, reports of a Trump comeback and a tightening of the race are highly likely.

The veepstakes are a staple of U.S. election coverage – though there's little evidence the choice of a vice presidential candidate has actually changed many votes in previous contests.

Rumors that Trump could replace Mike Pence on the ticket look increasingly unlikely to play out, but speculation over Biden's choice of running mate has been rampant. The Democrat's choice could matter more to voters than in previous elections given his age – he would be the oldest person elected president – and the likelihood he would only serve for one term.

The strategy behind Biden's VP pick

The 77-year-old has pledged to pick a female running mate, and is under pressure to choose a woman of color. The favorite remains Kamala Harris, the California senator. Other names in the frame include former Obama national security adviser Susan Rice, senators Tammy Duckworth and Elizabeth Warren, representatives Karen Bass and Val Demings, and Atlanta Mayor Keisha Lance Bottoms.

Biden promised an announcement at the beginning of August, though that may now be delayed.

Throughout his political life, Trump has been faced with a dilemma: How to enthuse his hardline supporters without pushing away the moderates, suburbanites and independents he needs to win an election.

Polls suggest that while he has managed to retain his most fervent supporters, suburbanites and independents – in particular women – are flocking towards Biden. Trump beat Hillary Clinton in the suburbs by four points in 2016, but the latest Fox News poll shows Biden 11 points ahead.

The suburbs – where around 55 percent of Americans live, according to Pew – have been Republican territory for decades, but the Democrats won there in the 2018 midterms and unless the president can claw back support in these areas he has little chance of re-election. 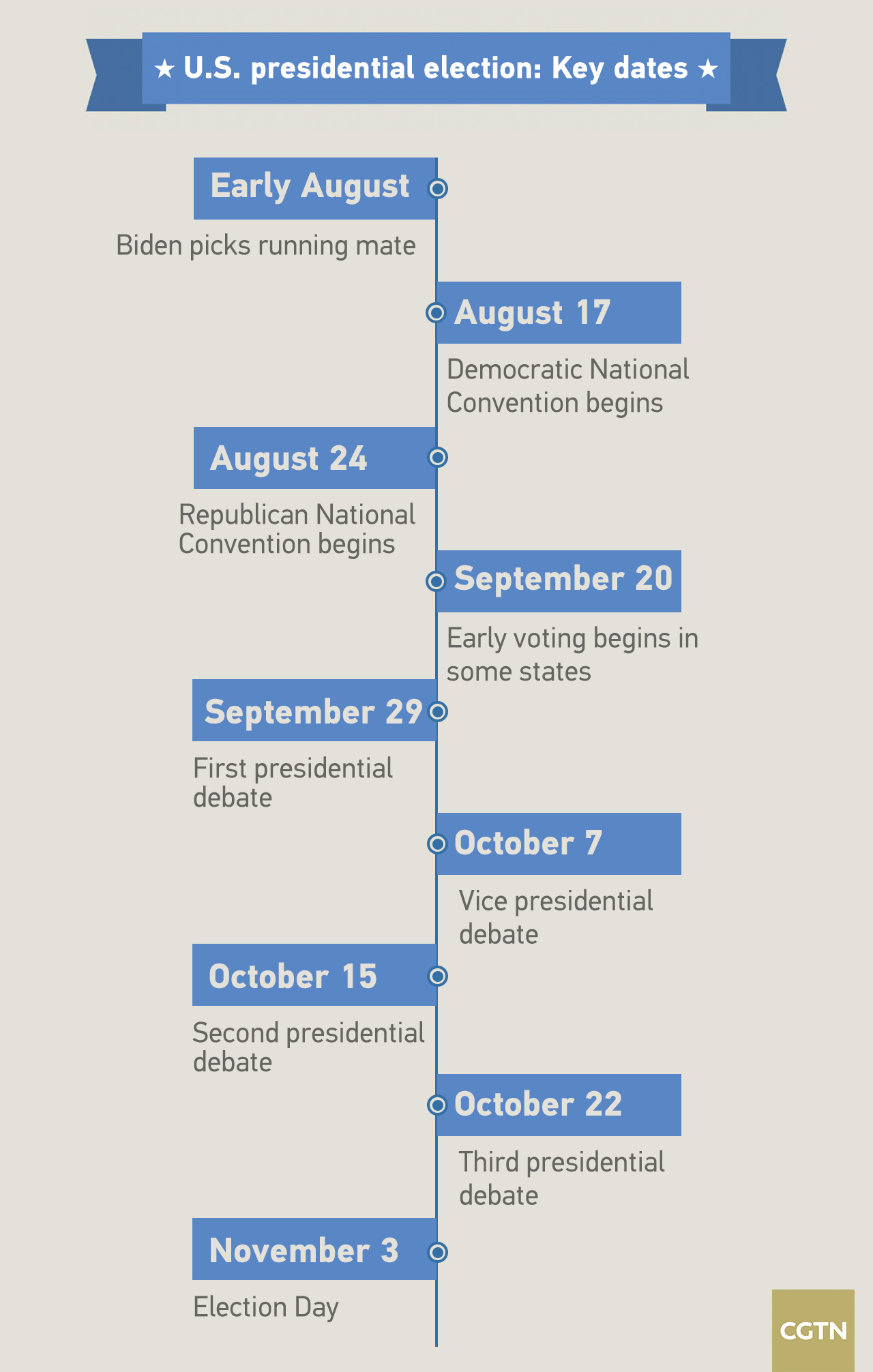 Trump began a naked campaign to win back suburban voters last week, warning Biden wants to "abolish our beautiful and successful suburbs," addressing a tweet to the "Suburban Housewives of America," and claiming a Biden presidency would lead to an increase in crime.

His claim to be the "law and order" candidate, an echo of Richard Nixon's victorious 1968 campaign, appears to be an attempt to appeal to suburbanites. But the suburbs are now much more diverse and liberal than 50 years ago, one of the reasons states like Texas and Arizona could be in play for Biden.

There is also a strong possibility Trump reverts to his gut instincts. His controversial tactic of sending federal agents into Democratic-led cities to counter violent crime looks set to continue, contentious moves to implement far-reaching reforms on healthcare and immigration via executive order have been floated and attacks on China have escalated in recent weeks.

5. Can Biden deal with scrutiny?

Biden has cruised to a comfortable polling lead without having to do very much – not being Trump has been enough to put the former vice president in a strong position for victory in November.

So far the campaign strategy has been a success. The presumptive Democratic nominee has been making speeches and unveiling policy proposals, sufficient to stay in the news cycle but out of the spotlight. He is outpolling and outfundraising Trump, and has made an astute peace with his former rival Bernie Sanders. The splits in the party look likely to have been papered over for this election cycle at the top of the ticket. 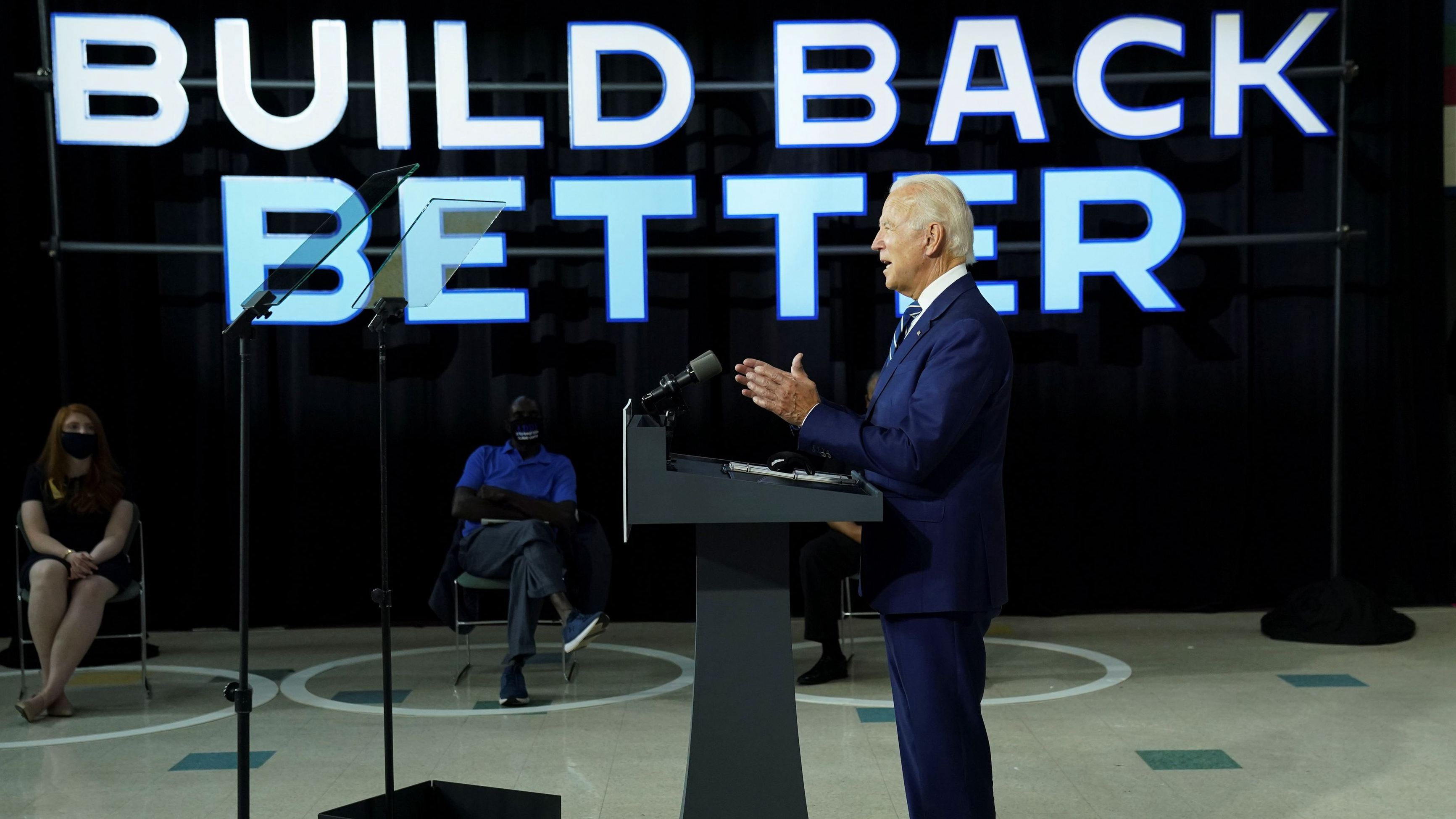 But as the days tick down to November 3, Biden will be under pressure to sit down for interviews and make his case to a broader audience.

How the gaffe-prone candidate deals with the extra scrutiny and provocations from the Trump campaign could be significant, especially with an interim Senate report into the business dealings of Hunter Biden, the former vice president's son, due for release in early August.

6. Fight for the Senate

The Trump-Biden battle dominates the headlines, but as election day approaches expect to see more coverage of the fight for control of the Senate.

The Republicans hold a 53-47 advantage at present, so the Democrats need to win four more of the 35 Senate seats up for grabs than they lose to be in the majority or three more for a tie (the vice president holds the casting vote in such a scenario). Of the 35 seats being contested in 2020, 23 are currently held by Republicans and 12 by Democrats. 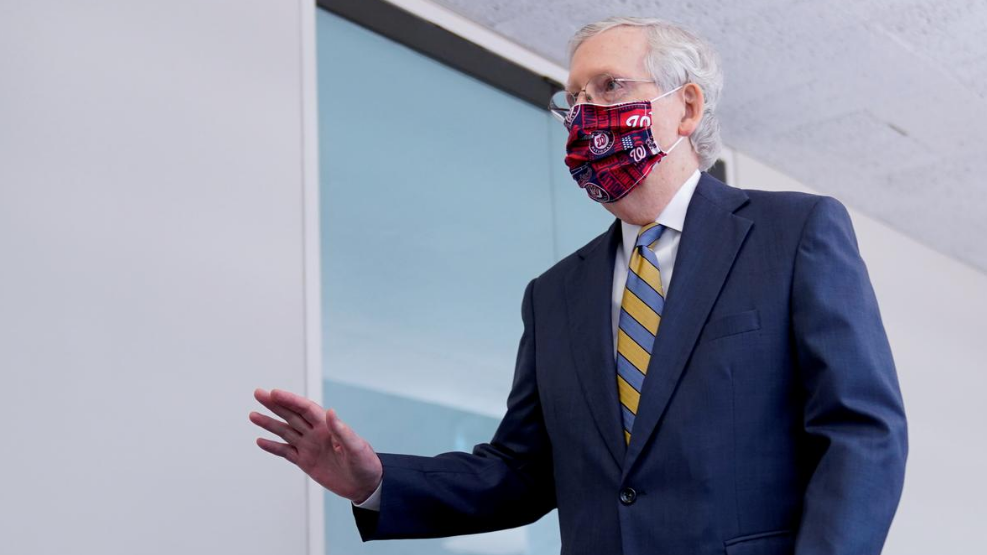 The Democrats are all but guaranteed to retain control in the House of Representatives, so victory for Biden coupled with a majority in the Senate and would put the party in a strong position to make major policy drives in areas like climate change and healthcare.

For the Republicans, holding on to the Senate would be critical to maintaining a check on a Biden presidency.

7. Is America ready for an election?

The presidential and congressional elections will take place in unique circumstances – states are still working out how they can best take place during the pandemic, and challenges remain unresolved.

Trump has railed against increased voting by mail, but he is on the wrong side of public opinion according to Pew, with 65 percent of adults saying any voter should be able to vote by mail without an excuse. Upwards of 40 states, plus Washington, DC, will allow anyone to request a vote by mail of which at least seven will send out ballots to all voters by default.

Why Trump is losing the 'mail-in' voting battle

There is no precedent for the high proportion of absentee or mail-in votes expected. No one knows whether it will encourage or discourage voter turnout and in which demographics, and by extension whether it will favor a particular candidate. Voters in some states will be able to cast their ballots from late September, potentially reducing the sway of the later stages of the campaign.

It's also unclear whether the states have the infrastructure in place to dramatically upscale voting by mail, in terms of machines to fold the ballots or a postal service capable of dealing with a huge increase in volumes. It's a procedural issue that's likely to be a hot topic over the coming weeks.

Party conventions are rarely dramatic events nowadays, and in the COVID-19 era both the Republicans and Democrats will hold predominantly virtual events.

The main drama so far has been in the Republicans' frequently changing plans as the pandemic unfolded, culminating in Trump accepting this week that a mass rally in Jacksonville, Florida – currently one of the cities hit hardest by the virus – would not happen. "I'll still do a convention speech in a different form," he tweeted. 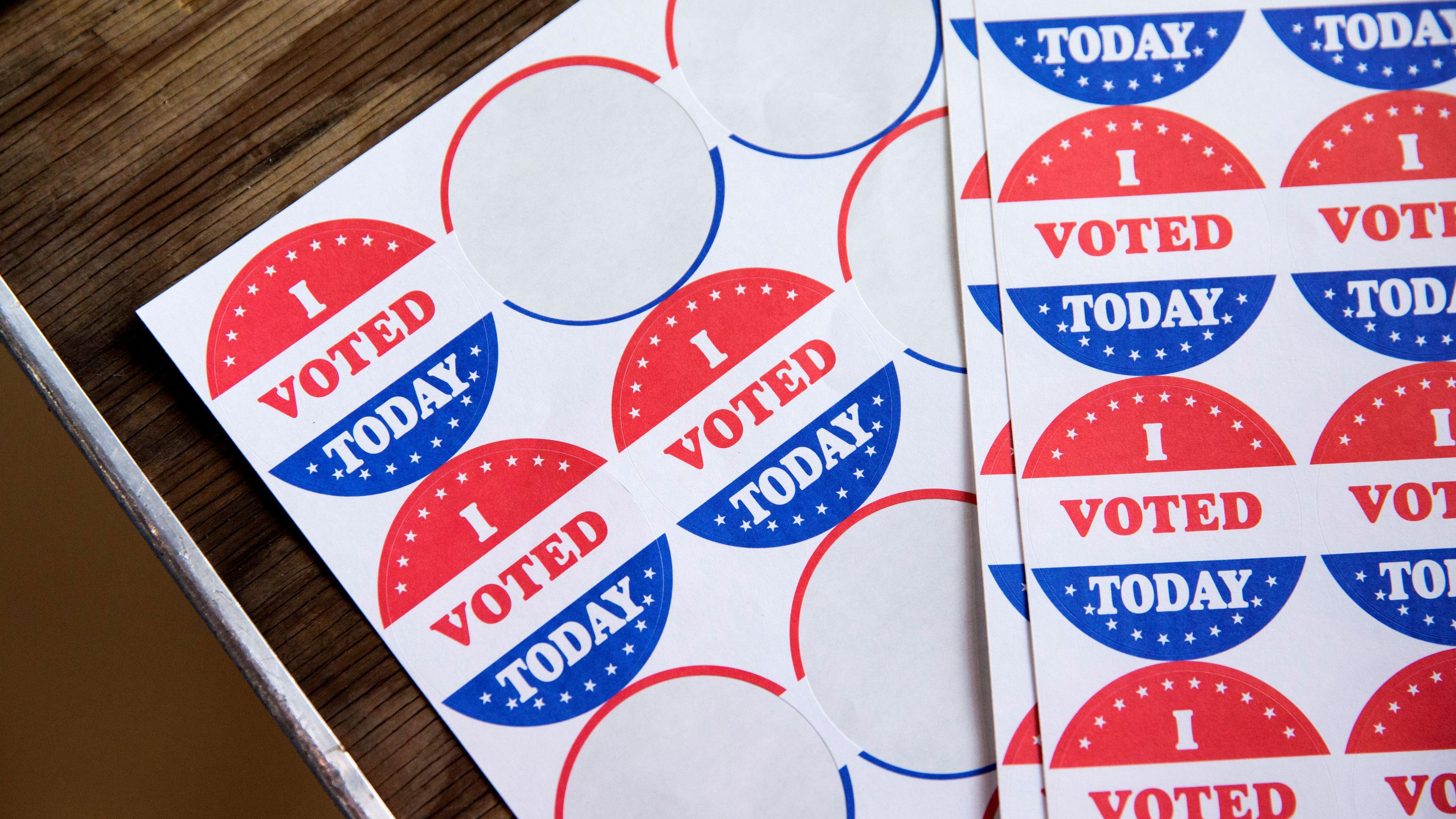 Stickers saying "I Voted Today" are given out to voters in the Democratic primary in Philadelphia, Pennsylvania, U.S., June 2, 2020. /Reuters

Stickers saying "I Voted Today" are given out to voters in the Democratic primary in Philadelphia, Pennsylvania, U.S., June 2, 2020. /Reuters

The Democrats decided in June to downsize their convention – only around 300 people are expected to attend the event in Milwaukee – and party luminaries are likely to give speeches from locations around the country.

The three scheduled Trump-Biden debates could be much more impactful. Historically there have been moments when these much-hyped clashes have made a difference to voters, and any fallout from them will undoubtedly dominate the news cycle. They will also give Trump a rare opportunity to pin Biden, not known for his debating skills, down.

Elections are often decided on fine margins, and unanticipated events can be critical to swaying undecided voters. The "October Surprise" – a major news event or revelation just ahead of polling day – is a notorious feature of U.S. presidential elections (though in the era of mail-in voting, the surprise may need to come a little earlier).

Will a COVID-19 vaccine be developed before November, will Americans begin feel an upturn in the economy, could a place on the Supreme Court open up, could something from the candidates' past come back to haunt them, will a campaign trail gaffe knock a candidate off message?

An unexpected event or random aside often becomes an election-defining moment.