Trump vs. Biden: Where they stand on health, economy, more 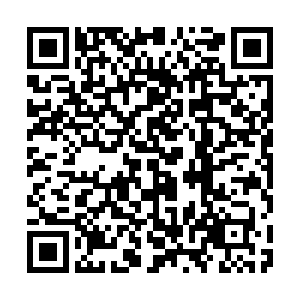 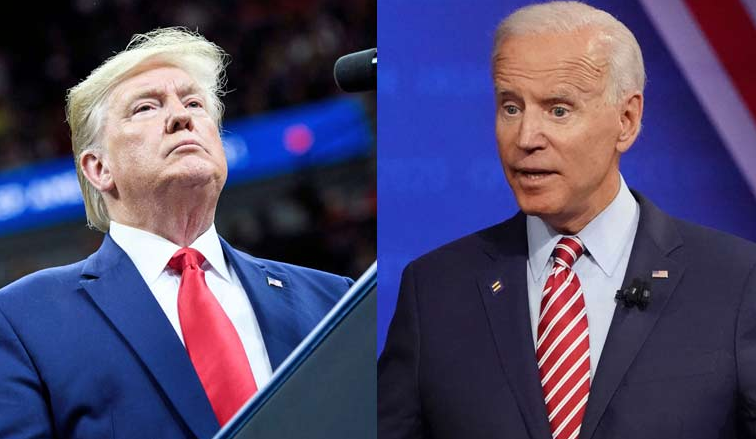 U.S. President Donald Trump and his Democratic challenger, Joe Biden, both promise sweeping progress over the next four years – via starkly different paths.

Trump, like many fellow Republicans, holds out tax reductions and regulatory cuts as economic cure-alls and frames himself as a conservative champion in seemingly endless culture wars. But the president, still trying to fashion himself as an outsider, offers little detail about how he'd pull the levers of government in a second term.

Biden, for his part, sounds every bit the Democratic standard-bearer as he frames the federal government as the collective force to combat the coronavirus, rebuild the economy and address centuries of institutional racism and systemic inequalities. A veteran of national politics, Biden also loves framing his deal-making past as proof he can do it again from the Oval Office.

It leaves Americans with an unambiguous choice. A look at where the rivals stand on key issues:

Decades-low unemployment and a soaring stock market were Trump's calling cards before the pandemic. While the stock market has clawed much of its way back after cratering in the early weeks of the crisis, unemployment stood at 11.1 percent in June, higher than the nadir of the Great Recession. There were still about 14.7 million fewer jobs last month than there were prior to the pandemic in February.

Trump has predicted that the U.S. economy will rebound in the third and fourth quarters of this year and is set to take off like a "rocket ship" in the new year, a prediction that bakes in the assumption that a coronavirus vaccine or effective therapeutics have hit the market that allow life to get back to normal. He's still advocating for a payroll tax cut, though such a measure faces stiff bipartisan opposition. Winning a second term – and a mandate from voters – might be his best hope at getting it through.

Biden pitches sweeping federal action as necessary to avoid an extended recession or depression and to address long-standing wealth inequality that disproportionately affects nonwhite Americans. His biggest-ticket plans: a 2 trillion U.S. dollar, four-year push intended to eliminate carbon pollution in the U.S. energy grid by 2035 and a new government health insurance plan open to all working-age Americans (with generous subsidies). He proposes new spending on education, infrastructure and small businesses, along with raising the national minimum wage to 15 U.S. dollars an hour. 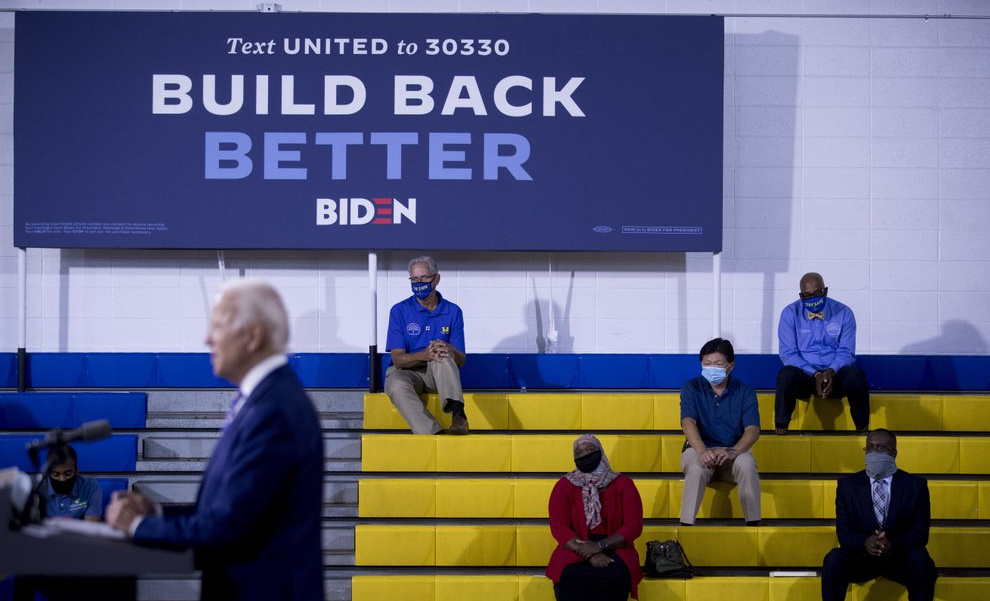 Biden would cover some but not all of the new costs by rolling back much of the 2017 GOP tax overhaul. He wants a corporate income tax rate of 28 percent (lower than before but higher than now) and broad income and payroll tax hikes for individuals with more than 400,000 U.S. dollars of annual taxable income. All that would generate an estimated 4 trillion U.S. dollars or more over 10 years. Biden frames immigration as an economic matter, as well. He wants to expand legal immigration slots and offer a citizenship path for about 11 million residents who are in the country illegally but who, Biden notes, are already economic contributors as workers and consumers.

As a candidate for the White House, Trump promised that he would "immediately" replace President Barack Obama's health care law with a plan of his own that would provide "insurance for everybody." In the last leg of his first term, Americans are still waiting for Trump to make his big reveal. Trump officials say the administration has made strides by championing transparency on hospital prices, pursuing a range of actions to curb prescription drug costs and expanding lower-cost health insurance alternatives for small businesses and individuals. But those incremental steps are far short from the sweeping changes Trump had promised.

Biden wants a "Medicare-like public option" to compete alongside private insurance markets for working-age Americans, while increasing premium subsidies that many working-class and middle-class workers use already under the Affordable Care Act. Biden estimates that would cost about 750 billion U.S. dollars over 10 years. That positions Biden between Trump, who wants to scrap the 2010 law, and progressives who want a single-payer system to replace private insurance altogether. Biden sees his approach as the next step toward universal coverage and one he could get through Congress. 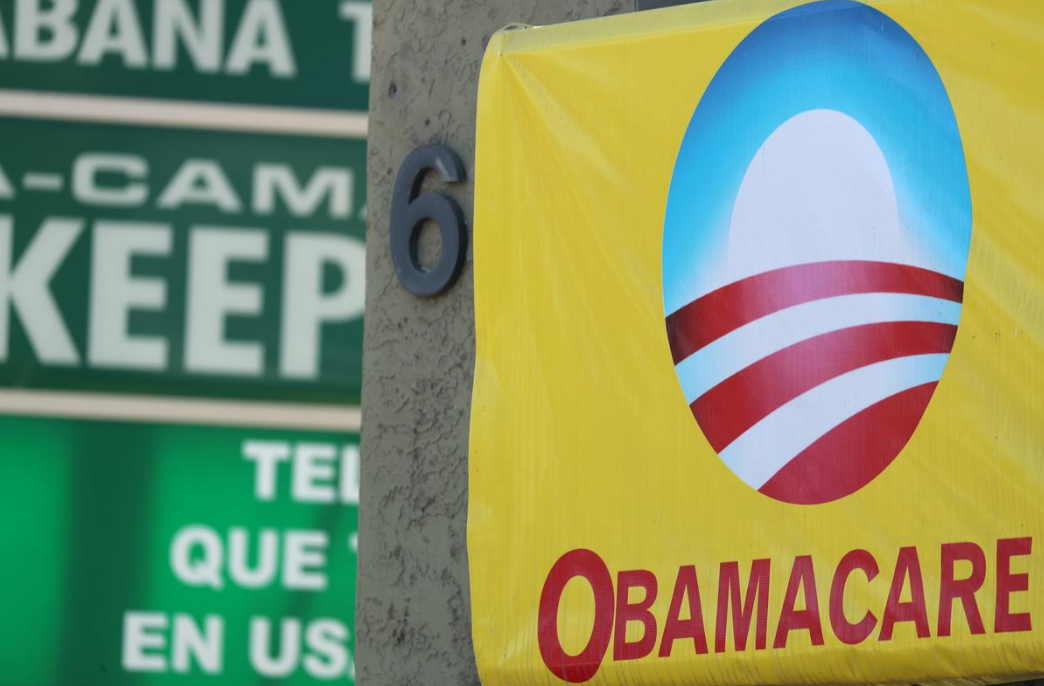 After months of insisting that the worst days of the pandemic have passed, Trump recently acknowledged that the pandemic may "get worse before it gets better" as many states – including several critical to his path to 270 Electoral College votes – have seen a surge in the virus.

Trump is again holding regular briefings to directly get his message out on the virus and other matters. Trump believes that a key to economic recovery from the virus is fully reopening schools – though Americans are wary. Only about 1 in 10 Americans think daycare centers, preschools or K-12 schools should open this fall without restrictions, according to a recent poll by The Associated Press-NORC Center for Public Affairs.

Trump also says he's "pretty damn certain" that vaccines and therapeutics for the virus are coming in the not-so-distant future – a game-changer as Americans and the world seek a glide path to normalcy. Congress approved about 3 trillion U.S. dollars in coronavirus relief in March and April, and Democrats, Republicans and the White House are negotiating another significant round of funding. The package, however, won't include a payroll tax cut – something that Trump badly wanted but that Senate Democrats and even some Senate Republicans balked at including.

Biden draws some of his sharpest contrasts with Trump on the pandemic, arguing that the presidency and federal government exist for such crises. Trump, by contrast, has largely shifted responsibility to governors. Biden endorses generous federal spending to help businesses and individuals, along with state and local governments, deal with the financial cliffs of the pandemic slowdown. He's promised aggressive use of the Defense Production Act, the wartime law a president can use to direct certain private-sector activity. Additionally, Biden promises to elevate the government's scientists and physicians to communicate a consistent message to the public, and he would have the U.S. rejoin the World Health Organization. He's also willing to use executive power for a national mask mandate, even if its enforcement is questionable.

Trump views the signing of two major trade deals – an updated pact with Mexico and Canada, and phase one of a China agreement – as signature achievements of his presidency. U.S. and China signed phase one in January, less than two months before the coronavirus pandemic put an enormous strain on U.S.-China relations. Trump says phase one led to China buying roughly 200 billion U.S. dollars over two years in U.S. agricultural products, energy and other American products. In return, the U.S. canceled planned U.S. tariffs on Chinese-made smartphones, toys and laptop computers. The U.S. also cut in half, to 7.5 percent, the tariff rate levied on 120 billion U.S. dollars in other China imports.

Phase two of the deal is expected to focus on some tougher issues between the countries, including Trump's wish to get China to stop subsidizing its state-owned enterprises. But for Trump, who has come to frequently refer to the coronavirus as the "China virus," it remains to be seen whether he will be able to effectively re-engage Beijing on trade. Trump recently said he's "not interested" in presently talking to China. 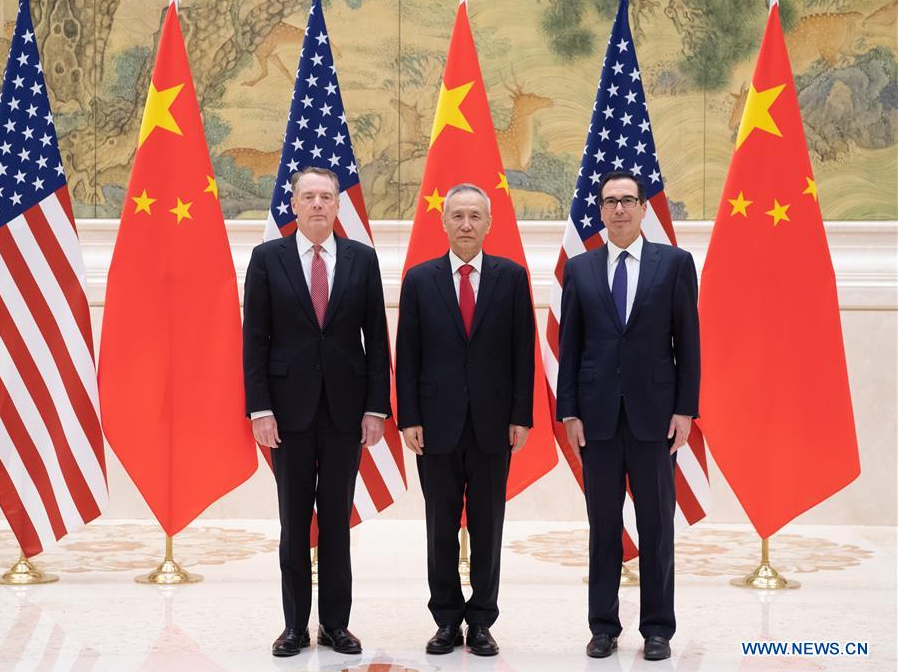 Biden has joined a growing bipartisan embrace of "fair trade" abroad – a twist on decades of "free trade" talk as Republican and Democratic administrations alike expanded international trade. Biden wants to juice U.S. manufacturing by directing 400 billion U.S. dollars of federal government purchases to domestic firms (part of that for buying pandemic supplies) over a four-year term. He wants 300 billion U.S. dollars in new support for U.S. technology firms' research and development. Biden says the new domestic spending must come before he enters into any new international trade deals. He pledges tough negotiations with China, the world's other economic superpower, on trade and intellectual property matters. China, like the U.S., is not yet a member of the Trans-Pacific Partnership, the multilateral trade agreement that Biden advocated for when he was vice president.

During his first term, Trump built his foreign policy around the mantra of "America First." In addition to the trade deals, he counts as major achievements building more than 200 miles (320 kilometers) of his promised wall along the U.S.-Mexico border, cajoling more NATO members to fulfill their pledge to spend 2 percent of GDP on defense spending and reducing the U.S. military footprint in Afghanistan and other hot spots. He also announced his intended withdrawal from the Paris climate accord.

The president has also made clear his desire to leave Afghanistan sooner than the timeline laid out in the February 29 peace agreement with the Taliban, which set the path for U.S. troops to leave the country in 12 to 14 months if the insurgent group met certain conditions. There are currently about 8,600 U.S. troops in Afghanistan.

Trump also counts his engagement with DPRK leader Kim Jong Un as a monumental achievement. The president has not been able to prod Kim to give up the nation's nuclear program, but has met him twice for face-to-face talks.