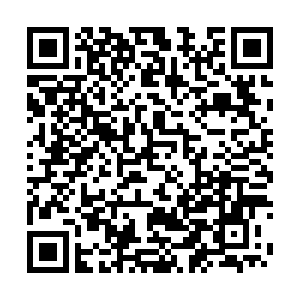 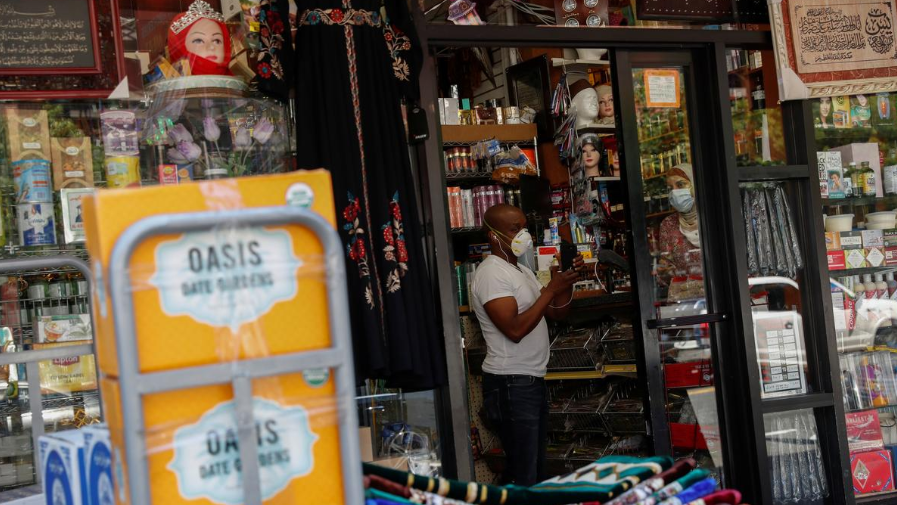 The U.S. suffered its biggest economic decline since the government began recording the index after World War Ⅱ in the second quarter of 2020 as the novel coronavirus continues to ravage the economy, causing businesses to close and costing tens of millions of workers their jobs.

Its GDP plunged 32.9 percent, official data showed on Thursday, following a 5-percent decline in the first quarter. The historic crash in the second quarter is expected, as economists polled by Market Watch predicted contractions at 34.6 percent and AFP at 35 percent annualized. 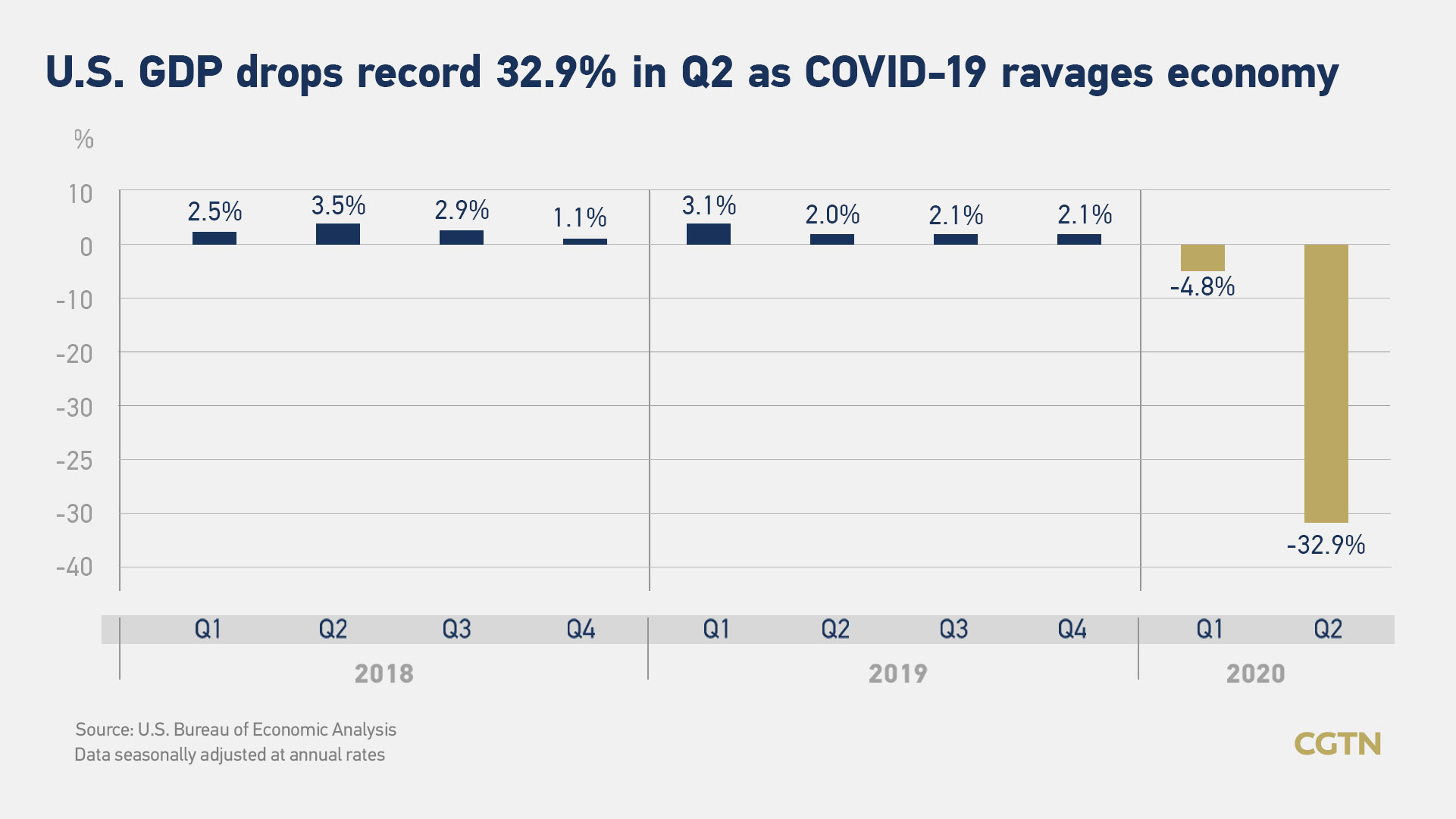 The bulk of the historic tumble in GDP was largely due to the drop in consumer spending, the largest component, which fell 34.6 percent annualized, according to the first estimate for the second quarter.

The jobless claim is also worrying, as the Labor Department on Thursday announced the country saw its second consecutive weekly increase for unemployment benefits for the week ended July 25 in new claims, with 1.43 million filed.

The U.S. imports have plunged 53.4 percent, so have the exports, falling just over 64 percent.

Due to the fathomless collapse in domestic and foreign demand, businesses slashed investment and production in the second quarter. U.S. oil refiners are expected to report the worst second-quarter results in a decade.

U.S. refiners to post worst second-quarter results in a decade

Government spending also declined in the second quarter, despite Washington's commitment to spend trillions of dollars to keep the economy from sinking into an even deeper abyss.

The economic contraction would have been deeper without the historic fiscal package of nearly 3 trillion U.S. dollars, according to economists. The package, helping companies to pay wages and offering millions of jobless Americans a weekly 600 U.S. dollars supplement, will expire on Saturday, with many companies having exhausted their loans.

"The number of continuing claims is the more worrisome data point, as it could mean that the more layoffs will be permanent than analysts predicted," Gorilla Trades strategist Ken Berman said in an analysis.

The Federal Reserve's rate-setting committee said Wednesday that "the path of the economy will depend significantly on the course of the virus." On Wednesday, Fed Chair Jerome Powell  said the recovery will depend on how much support the government provides.

The Fed kept its benchmark interest rate unchanged at a record-low level at 0-0.25 percent amid a recent resurgence in COVID-19 cases nationwide.

Though activity picked up in May as the U.S. reopened its economy, the resurgence in new cases and climbing death rate forced the hard-hit states to close businesses again and halted reopening.

"The outlook is not very good. Americans are not behaving well in terms of social distancing, the infection rate is unacceptably high, and that means economic growth cannot gain any traction," said Sung Won Sohn, a finance and economics professor at Loyola Marymount University in Los Angeles.

(Cover image: A shopkeeper works inside his retail store as phase one of the reopening of New York City continues amid the COVID-19 outbreak, New York, U.S. June 9, 2020. /Reuters)