One month in: How HK's national security law has developed
By Wang Mengjie 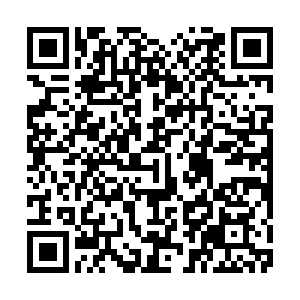 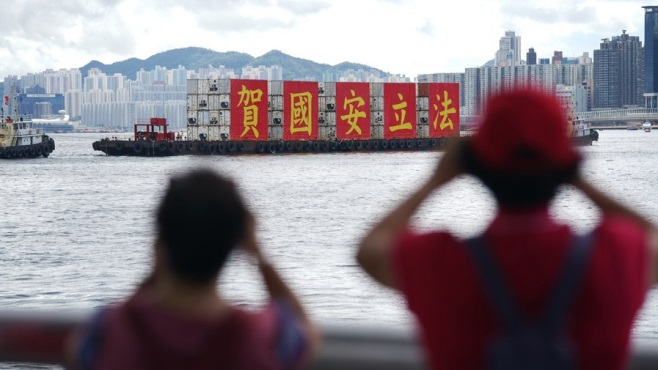 Hong Kong reached a significant turning point on June 30 as a law on safeguarding national security came into force. One month after the promulgation, people in the Asian Pearl "generally feel safer."

During the prolonged social disturbances last year, innocent residents being attacked and metro stations, banks and stores being trashed were common occurrences. A man was set on fire by rioters for criticizing their vandalism, and a senior street cleaner died after being hit on his head with a brick thrown by someone in a mob.

"After the law was promulgated, people generally feel safer as their personal and property safety can be well protected," said Shi Zhu, chairman of the China Culture Foundation. 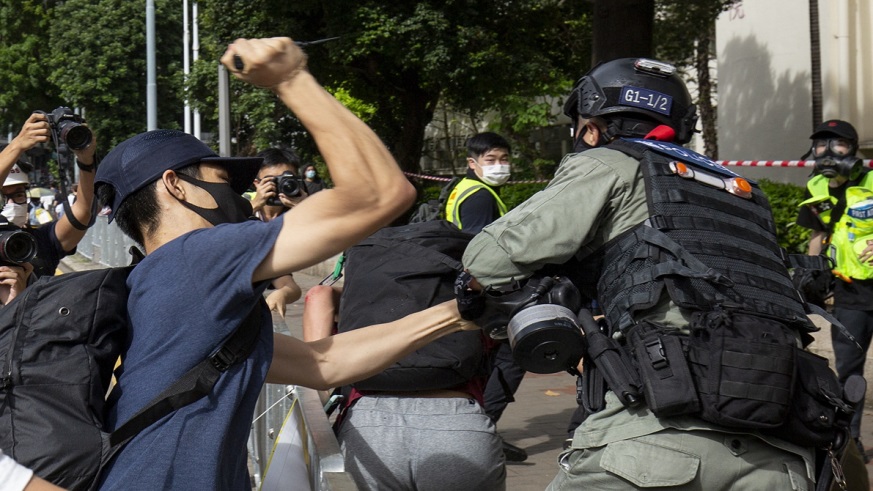 A protester uses a sharp object against a police officer. /AFP

A protester uses a sharp object against a police officer. /AFP

But how has the law been put into operation?

Following the enactment of the national security law, a committee and a new office were inaugurated on July 3 and 8 respectively in accordance with stipulations of the law in the Hong Kong Special Administrative Region (HKSAR).

Why are they necessary?

Over a long period, the deficiencies of institutional setup, resources and power allocation of the HKSAR in safeguarding national security have led to a rare de facto "defenseless" status in the field of national security. 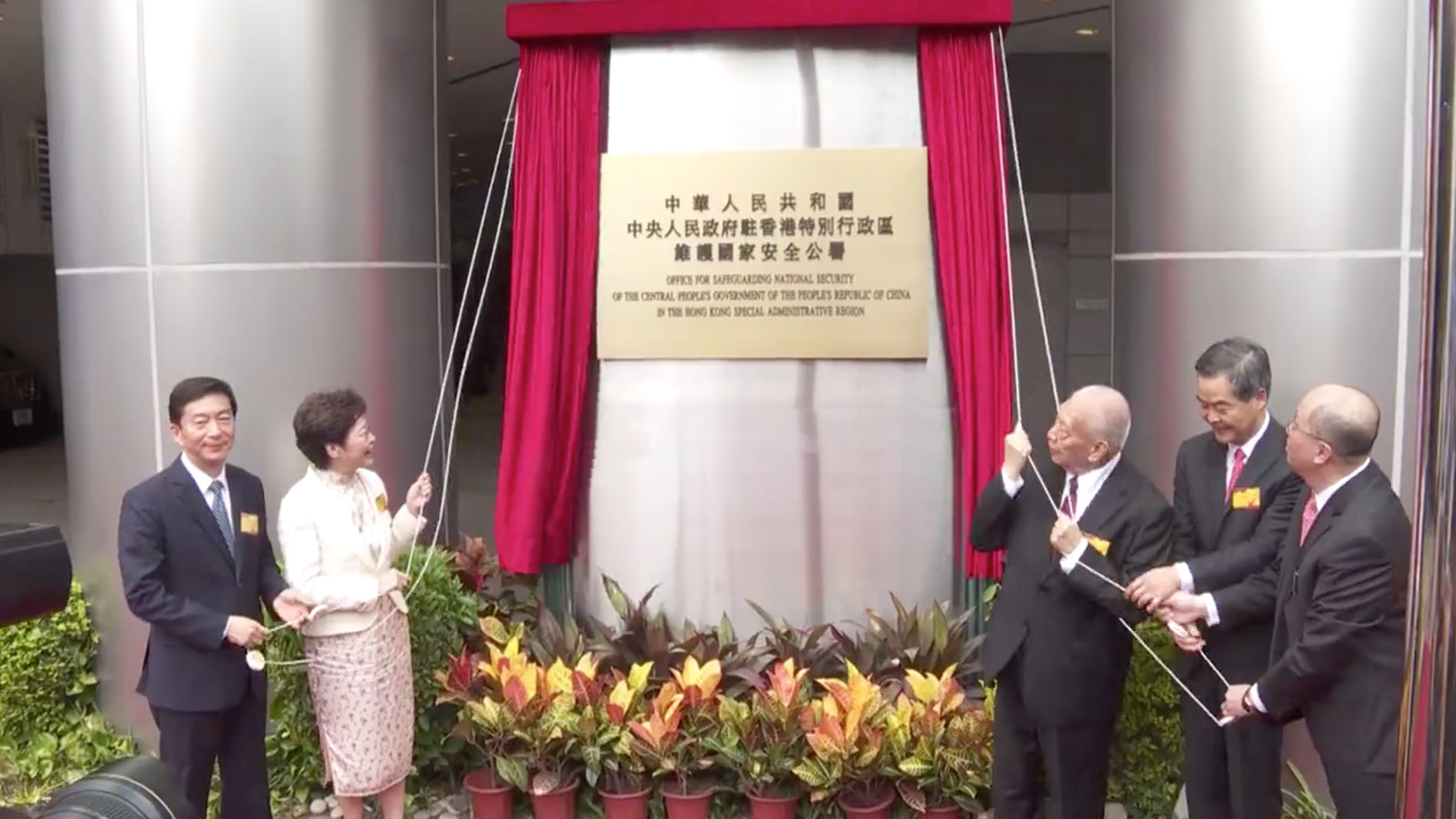 What do they do?

Both the committee and the office will analyze and assess developments related to safeguarding national security in the HKSAR.

The new office will handle national security cases when the HKSAR has difficulties exercising jurisdiction due to the involvement of foreign or external forces or is unable to effectively enforce law due to the severity of a situation occurring, as well as when there is a major and imminent threat to national security.

With the concerted efforts of such authorities, acts and activities endangering national security will be effectively prevented, curbed and punished so that the practice of "One Country, Two Systems" policy in the Asian financial hub will not be distorted.

No matter how the game plays out, HK will remain China's HK

Thus, four people, three males and one female aged between 16 and 21, were arrested on suspicion of violating Article 20 and 21 of the law, Hong Kong police revealed late Wednesday.

This is the first law enforcement operation launched by the National Security Department of the Hong Kong Police Force in accordance with HK's national security law.

In early July, one week after the law came into effect, Hong Kong's secretary for education said students in the city are now banned from any political activity in schools, including singing, posting slogans and boycotting classes for political purposes, as many students joined the sometimes violent protests last year.

These two names stand as another testimony to how efficient the law can be.

The governing council of the University of Hong Kong decided to dismiss associate professor Benny Tai Yiu-ting, an organizer of the 2014 illegal "Occupy Central" movement, at a meeting on Tuesday.

Tai was sentenced to 16 months in prison after being convicted for offenses including incitement to committing public nuisances in April 2019. After being bailed pending an appeal, he also advocated "Hong Kong independence" and glorified violence, which blatantly interfered in the election and challenged the Basic Law and the national security law in Hong Kong.

The case of Jimmy Lai Chee-ying is a little special as the HK riots' mastermind was arrested in April, before the national security law took effect.

Hong Kong police charged Jimmy Lai and 12 others for participating in, organizing, and inciting others to take part in illegal assembly last year.

After the arrests of the four people mentioned above, Kennedy Wong Ying-ho, solicitor of the Supreme Court of Hong Kong suggested that Jimmy Lai, who continues to smear the new security law while his case is postponed for further inquiries, should be seriously investigated as soon as possible.

One of the cliches Jimmy Lai uses in his smearing is that the national security law will attack human rights Hong Kong people have enjoyed. But for Pan Deng, executive director of the Latin America Law Centre of China University of Political Science and Law, those who play the human rights card to chastise the law "may not even have read its provisions."

National security and human rights are not mutually exclusive

This law stipulates that under specific circumstances, police officers with certain qualifications and authorization can conduct searches, freeze properties, restrict exits, and carry out surveillance without warrant, explained Pang, adding that this is in line with the existing legal system of the HKSAR, and is consistent with the relevant regulations of the Anglo-American law system in countries such as the United States, the United Kingdom, and Australia.

"In fact, the threshold for such specific circumstances set by the national security law for Hong Kong is even higher." 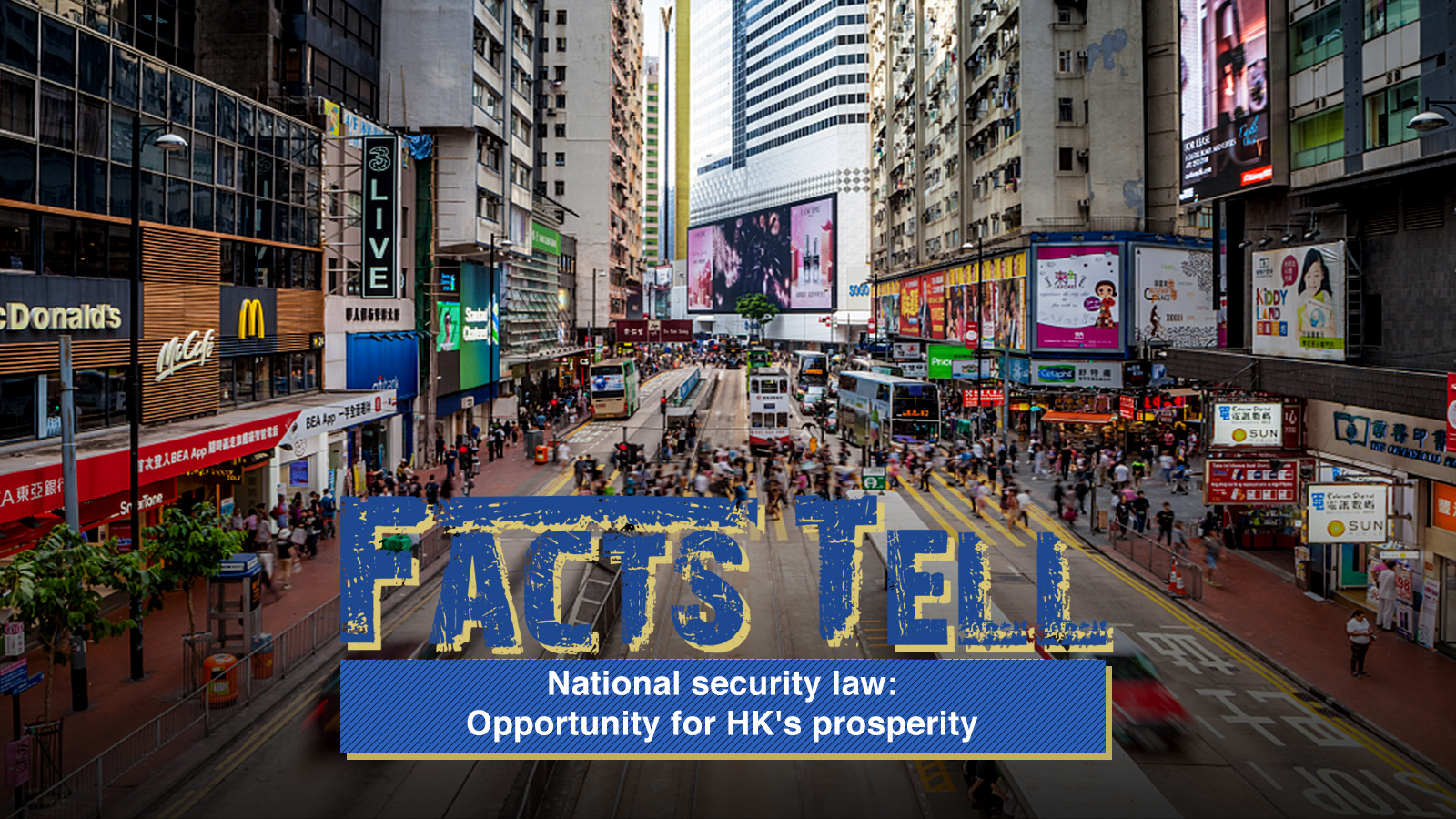 Besides human rights, the accusation that the law breaks "One Country, Two Systems" is also cut and dried.

"I don't know if you have read the national security law yet," Liu told Marr. "First, I would say, the law begins with the statement that China will continue to implement 'One Country, Two Systems' and Hong Kong people will administer their affairs with a high degree of autonomy."

That is exactly the reason why there should be a national security law; because existing laws fail to contain this violence, looting, smashing, and storming in the legislative council – just like to storm the British parliament, because there's no law governing national security in Hong Kong for the past 23 years, Liu underlined.

"Hong Kong people have enjoyed unprecedented freedoms after the handover for the past 23 years. Before the handover, what kind of freedom did they have? Did they have the freedom to elect their governor? The last governor was appointed by the British government. But for the past 23 years, there were five chief executives elected by the Hong Kong people."

(Cover: A ship carrying the slogan of "celebrating the passage of the Law of the People's Republic of China on Safeguarding National Security in the HKSAR" sails at the Victoria Harbour in Hong Kong, south China, July 1, 2020. /Xinhua)