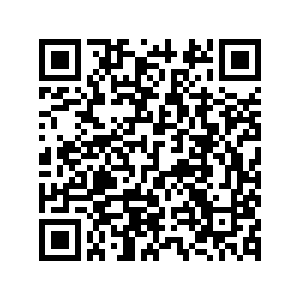 Editor's note: For an entire month starting August 17, CGTN has brought this year's Great Wildebeest Migration to your living room with our new series "Digital Safari." Let's jump onboard and get to know more about these amazing wild animals and the wonderful nature.

The giraffe, the tallest land animal in the world, is a fascinating creature that lives in Africa. They don't just have long necks and long legs, they also have tongues that can be up to 18 inches long. 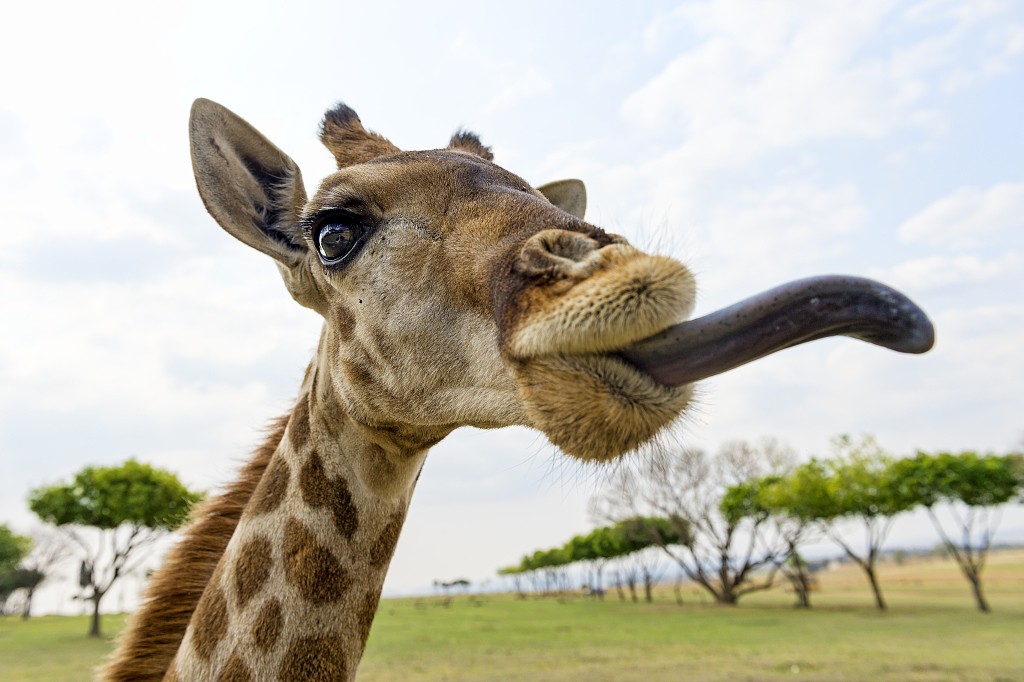 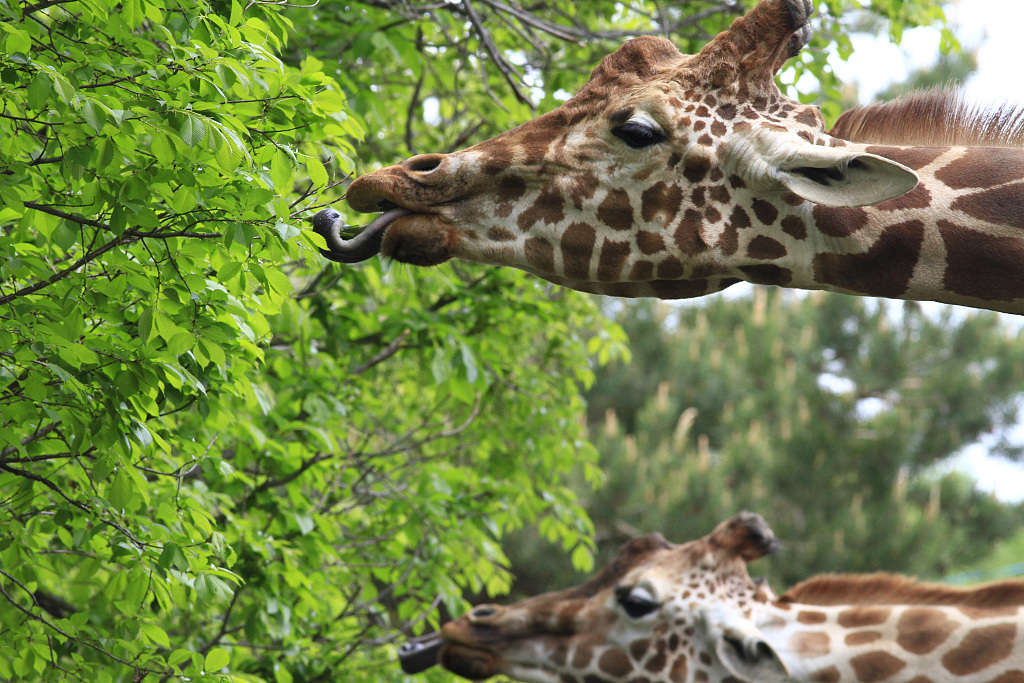 Giraffes can get a few leaves in one bite with their tongues. /VCG

Giraffes can get a few leaves in one bite with their tongues. /VCG 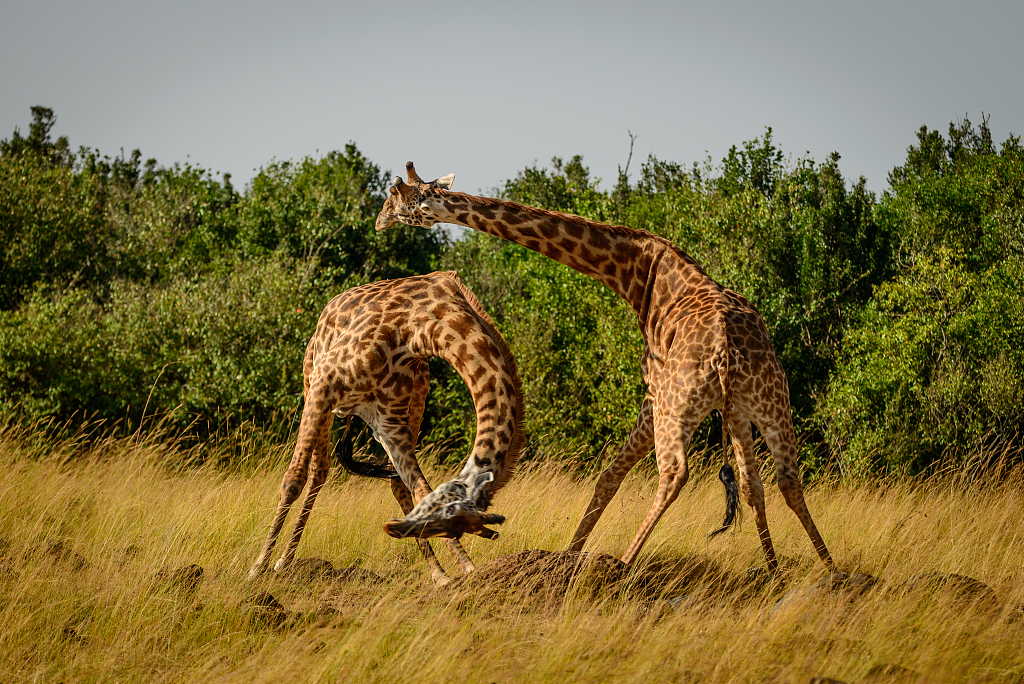 There are many fascinating facts about the animal. For example, we all know camels can last for a long time without drinking water, but giraffes can actually last for a longer time since they get most of their water from the leaves they consume. Therefore, they only need to drink water once every several days. Besides, the ancients Greek used to believe that giraffes are camels with a leopard's coat, hence the scientific name of the giraffe is giraffa camelopardalis. 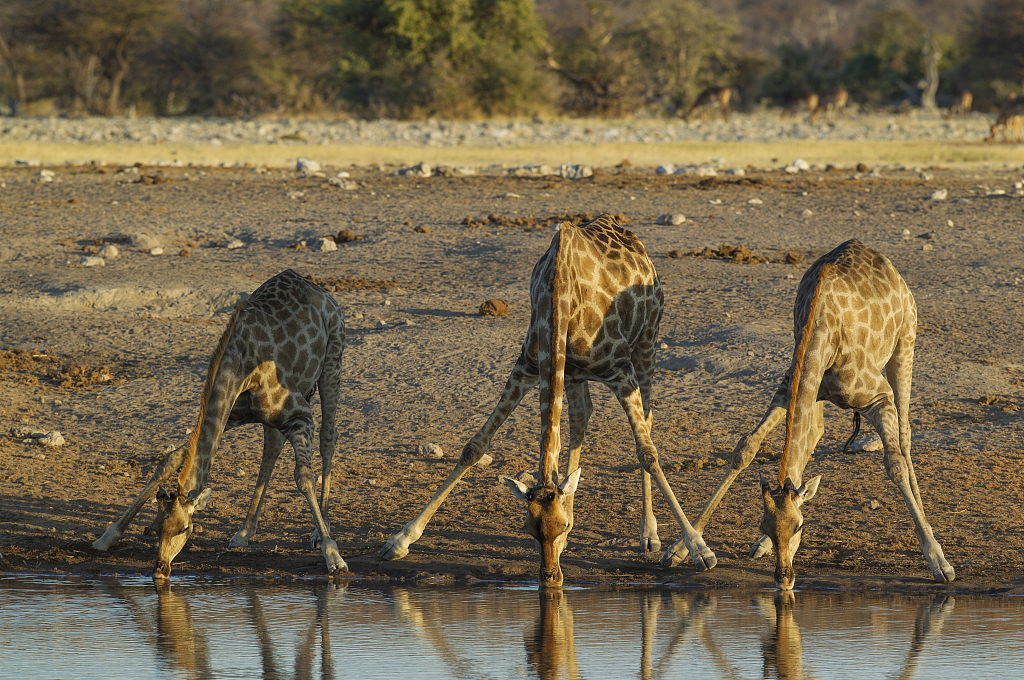 Since giraffes are very quiet and calm, people used to think the animal is mute and makes no sound. But researches have shown that the giant animal does produce vocalizations. Researchers even recorded humming sounds that giraffes made during night.

In the wild, giraffes usually sleep while standing up so they can run away fast when facing any danger. They also sleep for a very short time – a cumulative 30 minutes of sleep per day. After all, giraffes are peaceful animals who don't have sharp teeth or claws to defend themselves, so they need to be constantly alert. 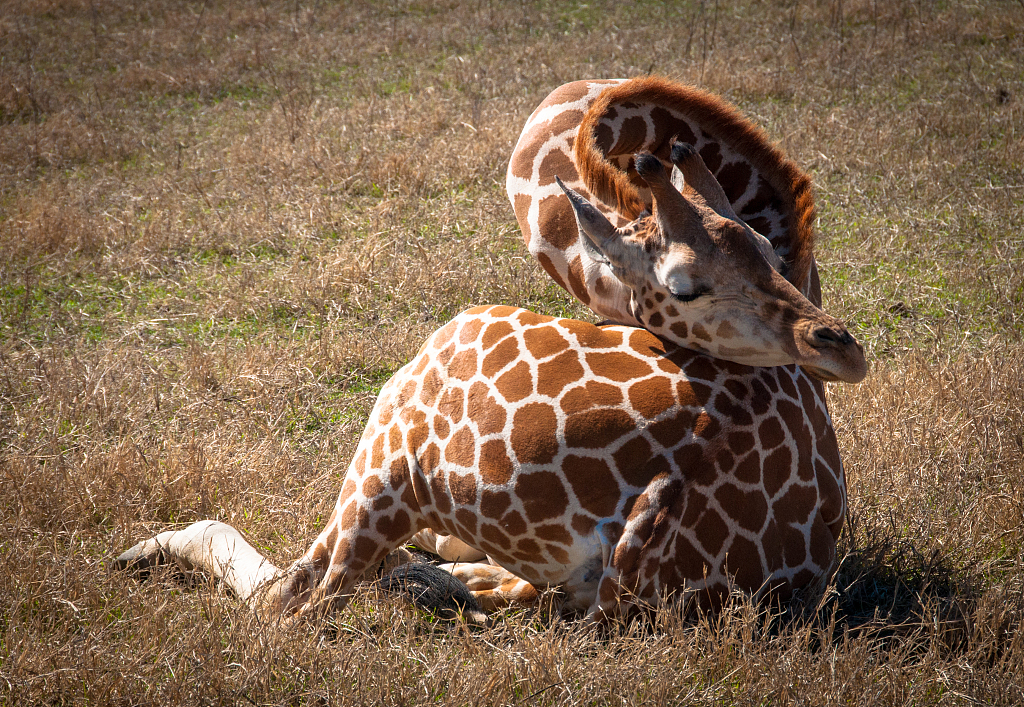 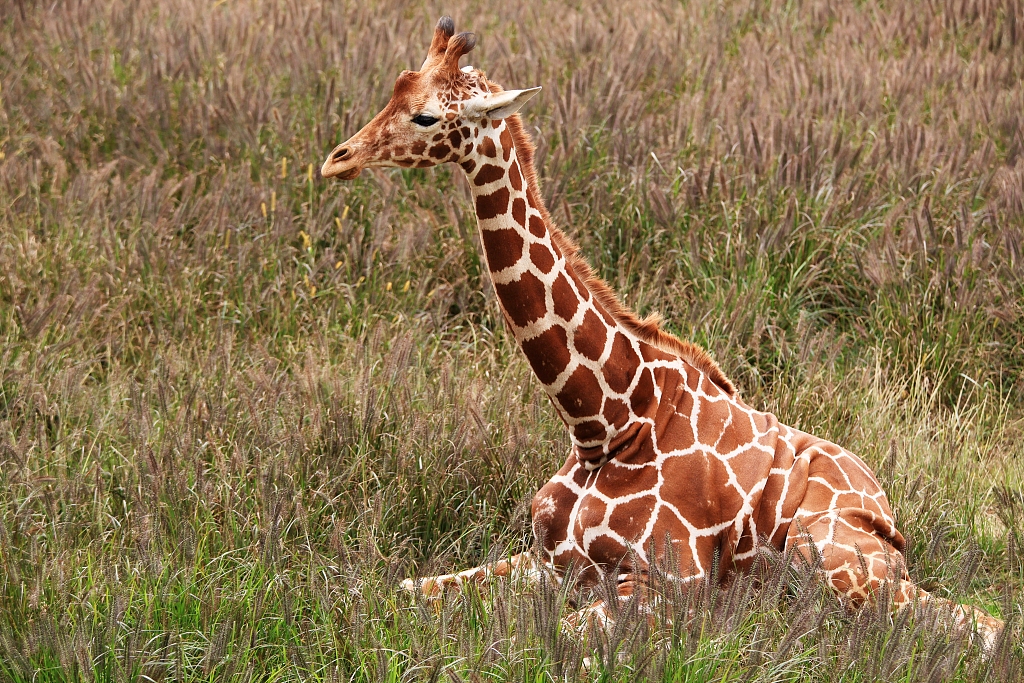 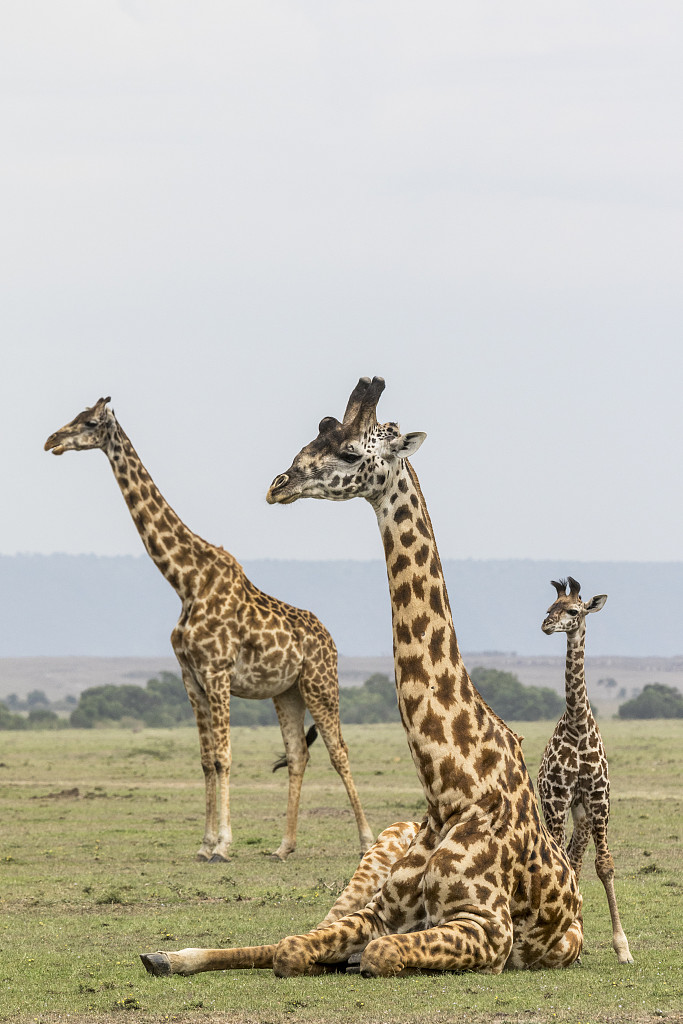 According to International Union for Conservation of Nature Red List of Threatened Species, the population of giraffes is decreasing due to hunting, livestock farming, military exercise and etc. There are only around 68,293 mature giraffes in the world.

Digital Safari: Who are the major predators that feed on wildebeest?

Digital Safari: A unique 'role reversal' in the world of topis