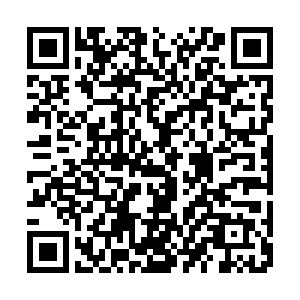 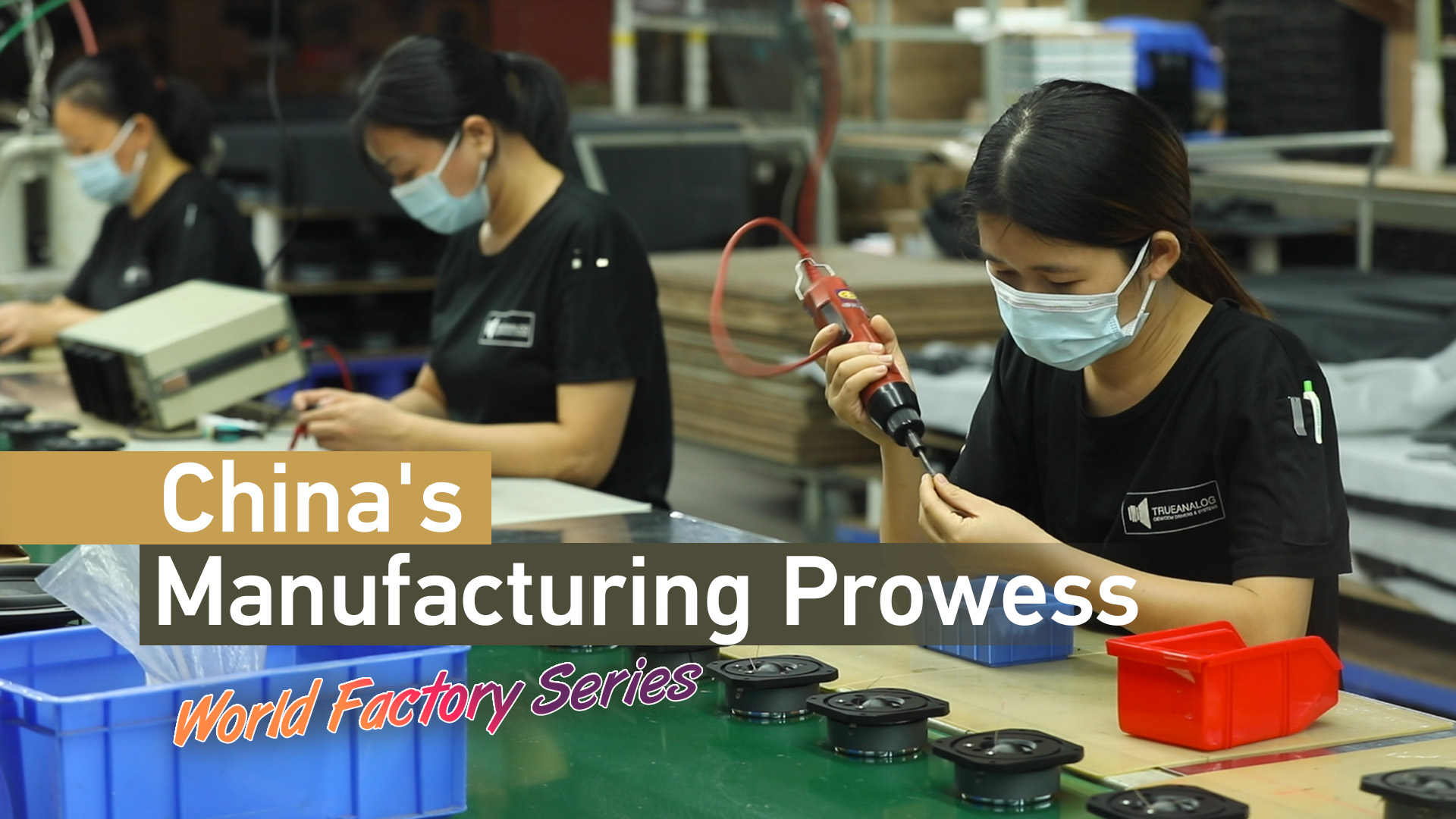 Editor's note: The story is part of our continuing World Factory series, which delves into the trajectory of China's economic growth amid a changing geopolitical landscape, the pandemic and a global economic recession. Here are the first, second and third stories.

The trade war and the pandemic have fueled speculation about a potential wave of offshoring from China.

But Trueanalog Strictly OEM, a high-end audio speaker factory based in Guangzhou, continues to operate in China. And it has no plans to leave, said Philip Richardson, the factory's American owner.

The factory manufactures loudspeakers for the world's top speaker brands, e.g. Avantone, and most of its products are exported to Europe and the U.S. The facility employs around 20 workers and has found its niche, targeting the premium market segment – home stereo speakers or headphones with a price tag over $1,000.

"I don't know a single American speaker factory that moved outside of China. This is where the greatest resources of parts are... right here," said Richardson. China dominates the production of raw materials required to make speakers, including magnet, copper, aluminum and low carbon steel, he added. 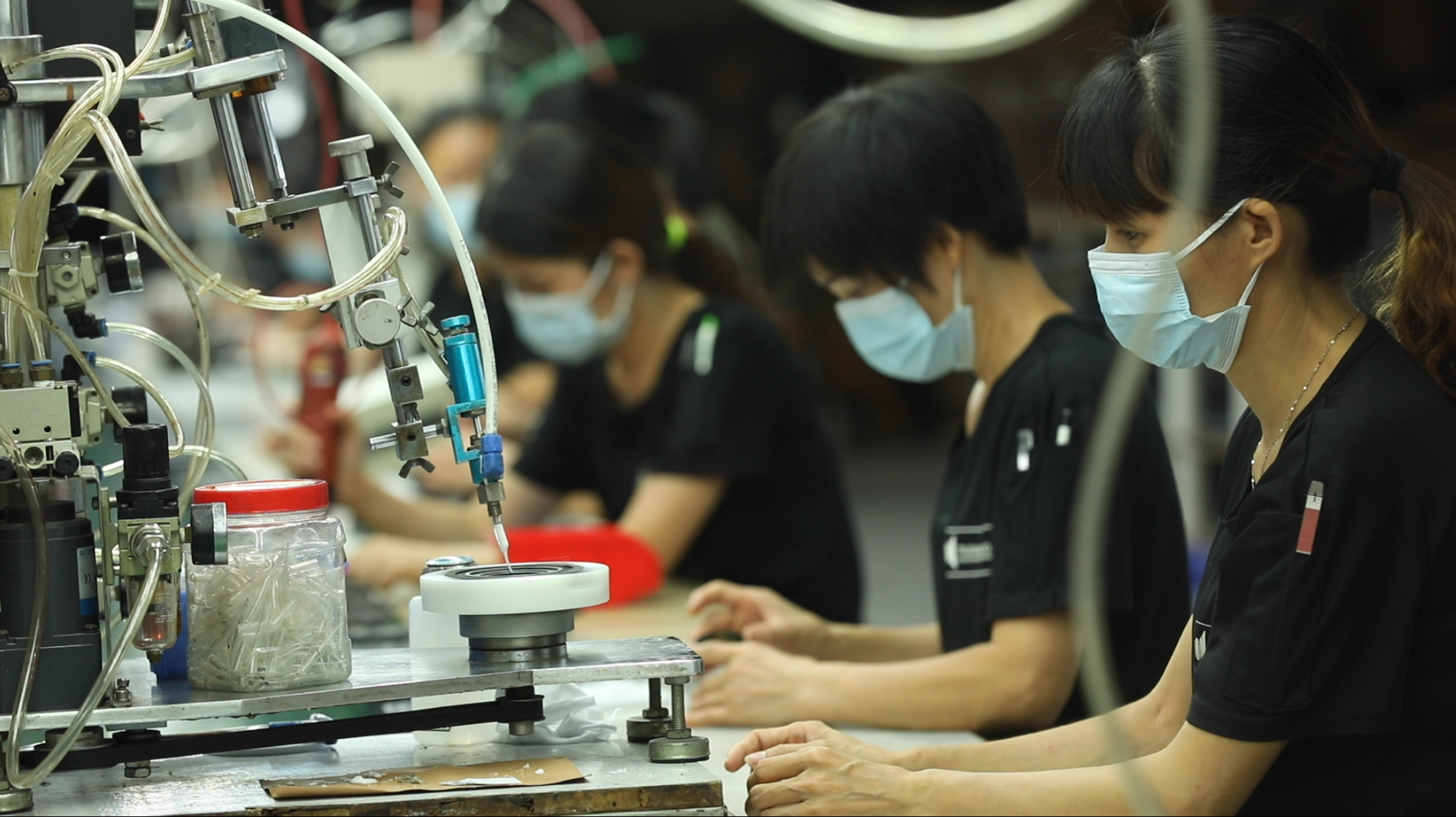 The vertical integration of Chinese supply chains is a major reason why little production has gone offshore, according to Emily Jiang, purchasing manager of Triangle, a French high-end speaker manufacturer. Most parts are sourced from the Yangtze River Delta Region and the Pearl River Delta Region, and can be easily shipped to manufacturers.

"It is so easy to procure parts that go into speakers domestically," she noted, "which is why we won't go to Southeast Asian countries where many still depend on China for the supply of parts."

China has become the world's manufacturing powerhouse over the past two decades. In 2010, the value created in China by manufacturing surpassed the U.S., making it the largest manufacturer in the world, according to data from the World Bank.

But China's labor-cost advantage is disappearing. Wages have gone up 15 to 20 percent per year, shrinking the total cost advantage of doing businesses in China. Amid the rising labor cost, some low-end manufacturing, like garment production, has moved to Southeast Asia. 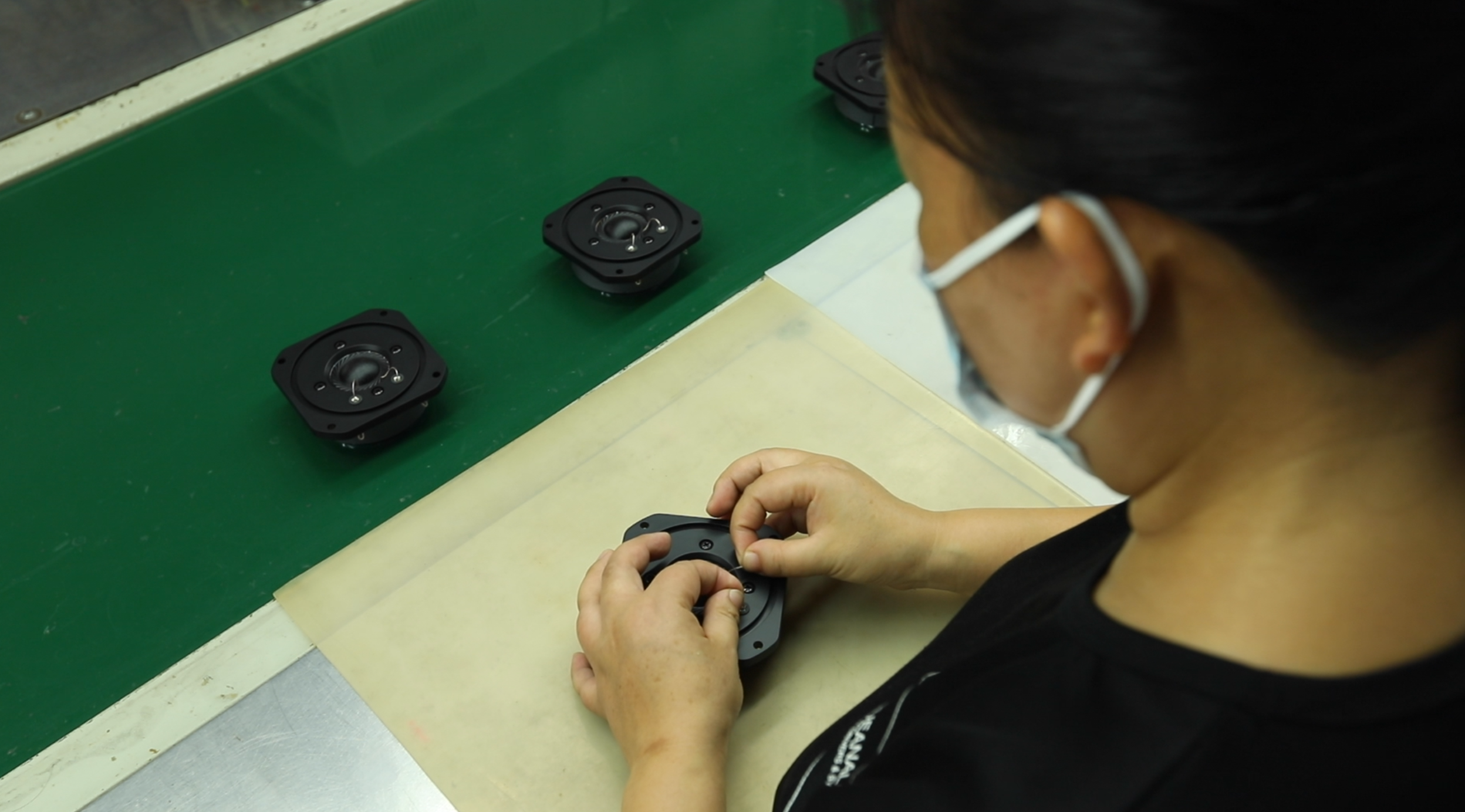 A worker installs the wires on a loudspeaker coil. Shen Langlang/CGTN

A worker installs the wires on a loudspeaker coil. Shen Langlang/CGTN

But what has made China a vital manufacturing hub is not just cheap labor, but a skilled workforce, especially in fields which involve intricate hand work. Speaker production is still a labor-intensive industry, according to Richardson. For example, a worker needs to install the wires on a loudspeaker coin, a task that is impossible for robots to handle, at least for now.

"It is in the DNA of Chinese workers to work hard and do a good job," said Richardson. Contrary to conventional belief that factories in China are stuffed by young laborers, many workers at Trueanalog are over the age of 30 and have been at the factory for more than five years.

For Richardson, his workers are integral to the success of his businesses. At the factory, workers are allowed to take a 10-minute break every two hours, and follow a schedule of five days a week, eight hours per day. "This work schedule is rare in Chinese OEM factories," said a female worker on the production line, who is from landlocked Sichuan Province. 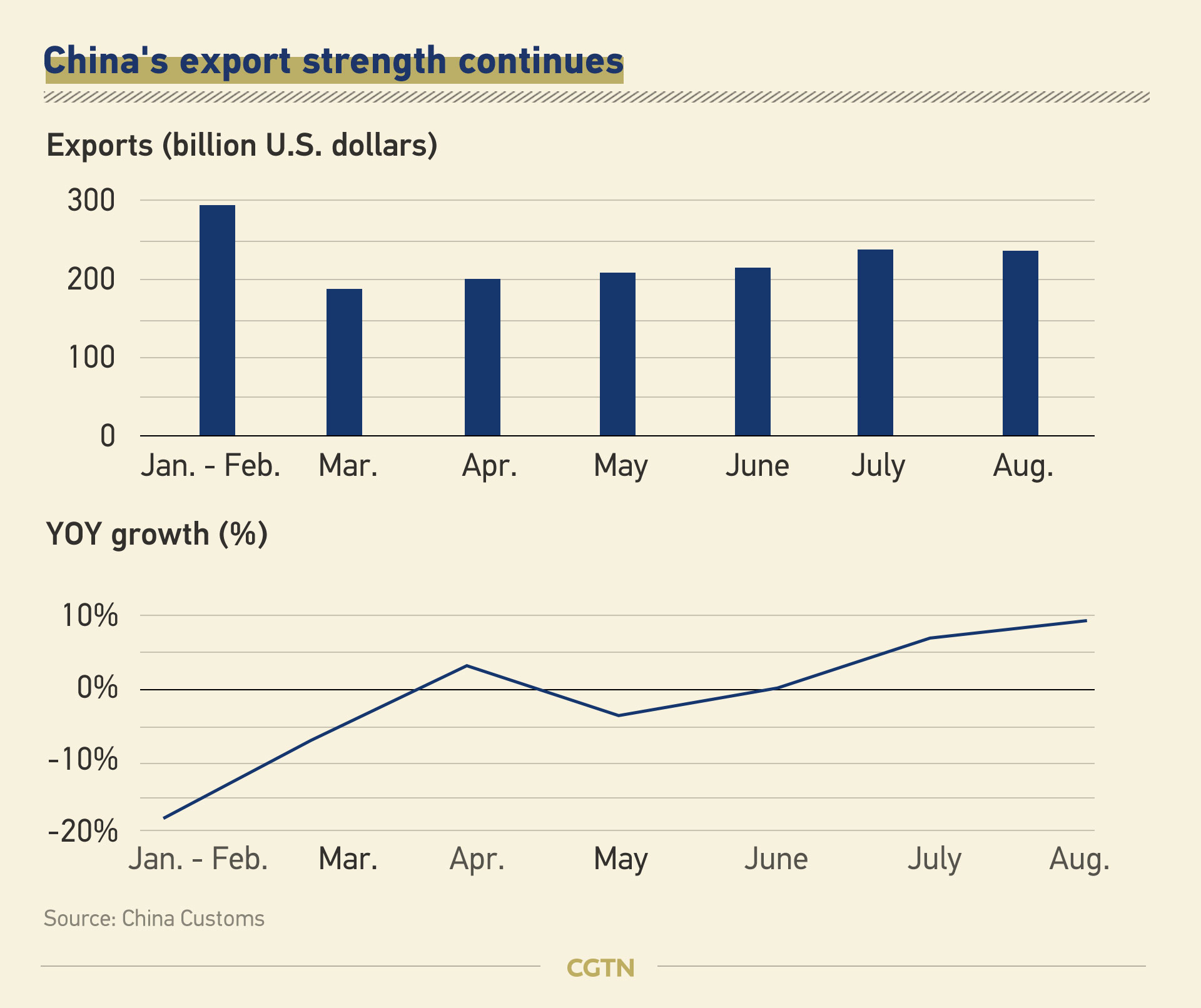 The pandemic dealt a heavy blow to the global supply chain. Global manufacturing output declined in the second quarter by 11.2 percent in a year-over-year comparison, following a drop by six percent in the previous quarter, according to data from the United Nations Industrial Development Organization. But China's manufacturing PMI has remained in expansion territory since February this year, and its exports have surged since June.

Richardson's factory has been working around the clock to meet that surging demand. The pandemic has given him a boost since April, he said. Because consumers are spending more time at home, sales have gone up 30 percent for Trueanalog. China's total export of speakers also jumped in recent months, with the figures for July and August higher than in the same months last year, according to data from the General Administration of Customs. 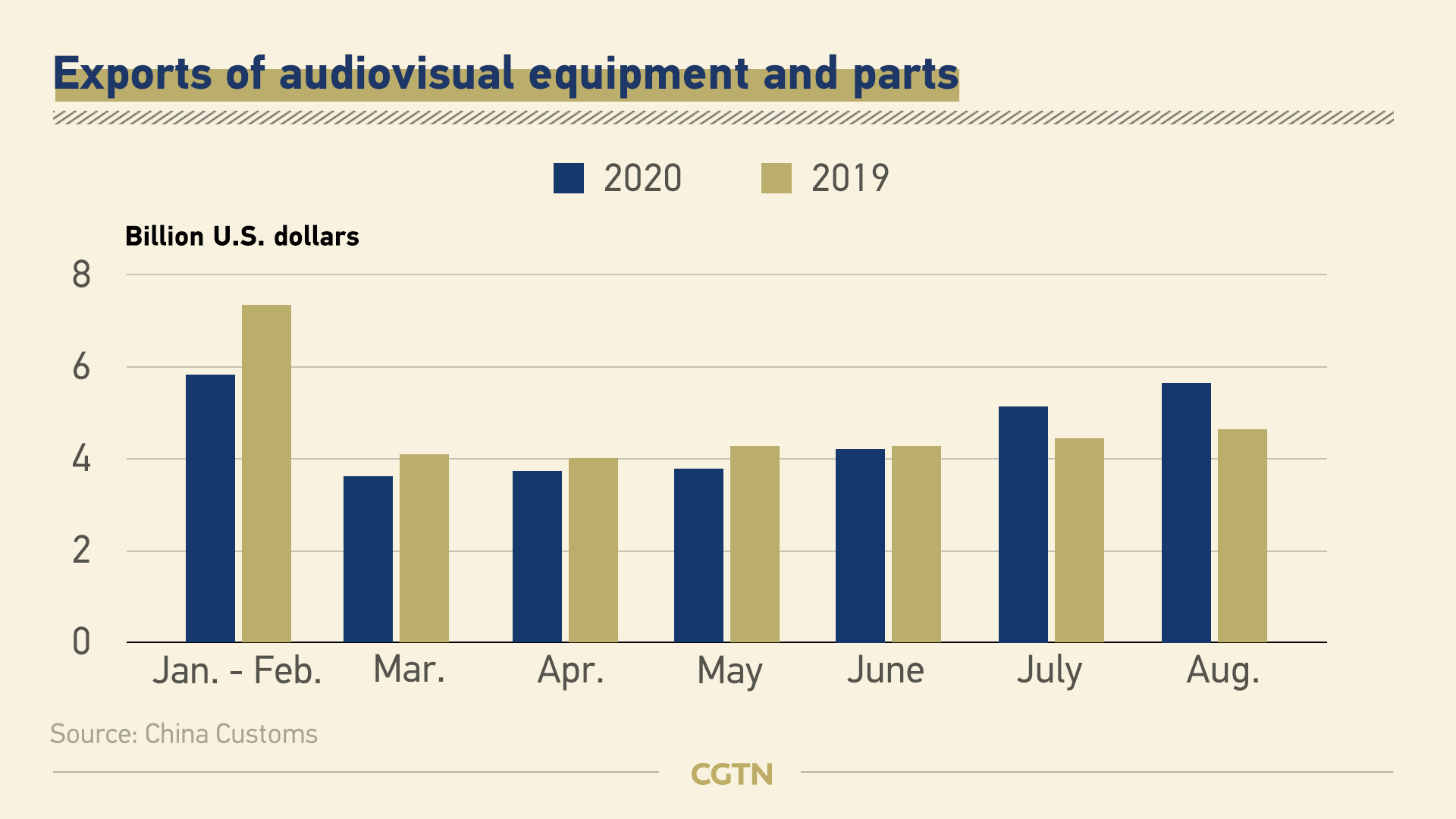 The pandemic, in a way, has highlighted countries' reliance on China for the supply chain. Some countries have tried to lure businesses back to their home countries in the post-pandemic world. U.S. President Donald Trump, for example, has called for American companies to bring manufacturing back to the U.S., but that does not seem to be happening "en masse."

According to a survey done by the American Chamber of Commerce in Shanghai, which included responses from 340 companies, 92 percent of them said they had no plans to move out of China, and only 5.1 percent of companies with global revenues over 500 million U.S. dollars planned to leave. 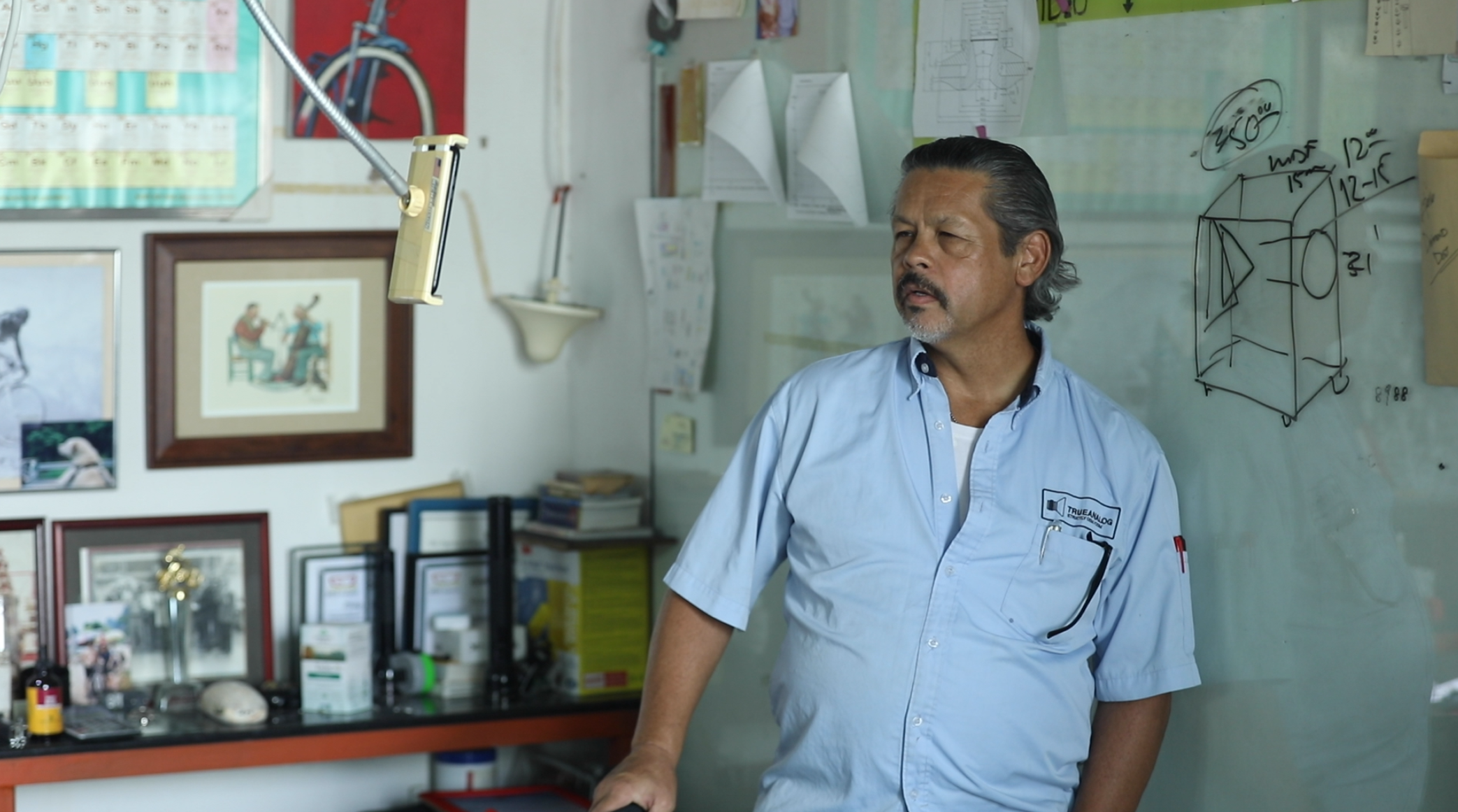 "It is simply too expensive to manufacture in the U.S.," said Richardson. While it costs companies around $75 per hour to employ an American worker, it takes only $30 per day ($3.75 per hour) to hire a skilled Chinese worker in the speaker production industry.

"For people saying China is taking away jobs, no….It is simply a matter of economics," he noted.