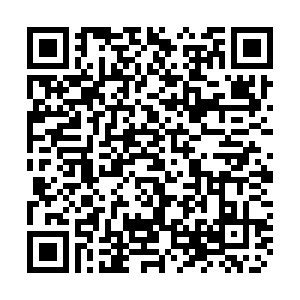 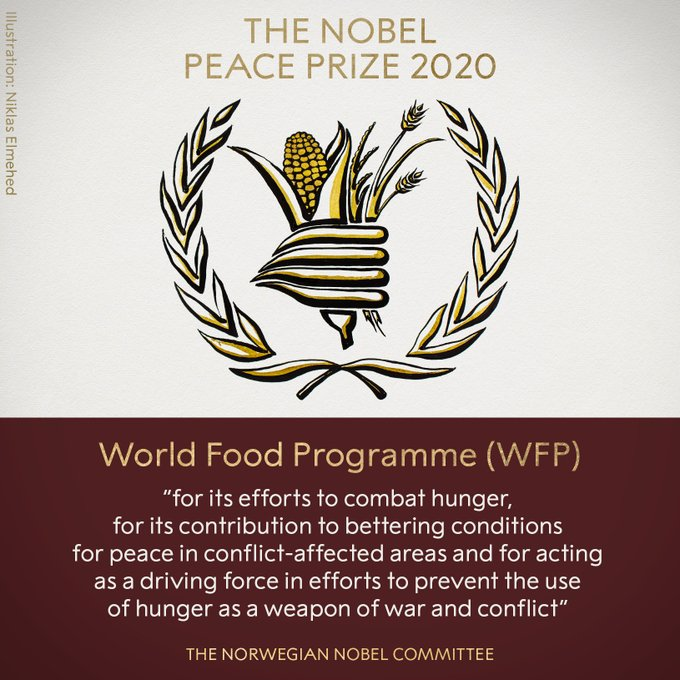 The 2020 Nobel Peace Prize has been awarded to the UN World Food Programme (WFP) for its efforts to combat hunger,  the Norwegian Nobel Committee announced on Friday.

The prize is worth 10 million Swedish crowns, or around $1.1 million, and will be presented in Oslo on December 10, the anniversary of the 1896 death of Swedish industrialist and philanthropist Alfred Nobel, who created the awards in his will.

The committee has highlighted WFP's contribution in face of the COVID-19 pandemic, saying it demonstrated an impressive ability to intensify its efforts.

"With this year's #NobelPeacePrize awarded to the World Food Programme @WFP, the Norwegian Nobel Committee wishes to turn the eyes of the world towards the millions of people who suffer from or face the threat of hunger," the Nobel Committee tweeted following the announcement.

"The need for international solidarity and multilateral cooperation is more conspicuous than ever," Berit Reiss-Andersen, chairwoman of the Norwegian Nobel Committee, told a news conference on Friday.

The WFP is a driving force in efforts to prevent the use of hunger as a weapon of war and conflict, with the COVID-19 outbreak further boosting its relevance, she added.

Shortly following the announcement, a spokesperson with the World Food Programme said it's deeply honored by the prize win and described it as "a proud moment."

"This is humbling," Tomson Phiri told reporters during a regular briefing in Geneva, adding it was "really a proud moment" for the UN organization.

"One of the beauties of WFP activities is that not only do we provide food for today and tomorrow, but we also are equipping people with the knowledge, the means to sustain themselves for the next day and the days after."

How to avert a looming global food crisis on top of pandemic woes?