Graphics: 140+ launches in 5 years. What's next for China's space industry?
By Hu Yiwei 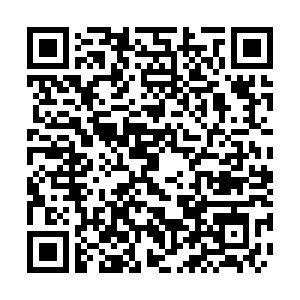 2020 is the last year of China's 13th Five-Year Plan (FYP), a system formulated to make plans for economic and social development over the coming five years. Access CGTN's interactive page on Five-Year Plans.

The number of China's space launches has increased dramatically in recent years.

The country has led the global launch tables since 2018 with a record of 39 orbital launches, then followed by 34 in 2019. As of Wednesday, China has performed 30 orbital launches this year, including the landmark liftoff of the Tianwen-1 Mars mission in July.

It is worth noting that for the past decades, more than 90 percent of China's space launch missions were carried by the Long March carrier rocket series. The rocket family put into use 50 years ago with different types according to the missions, completed its 300th launch in 2019, and is set to hit the 350th this year. 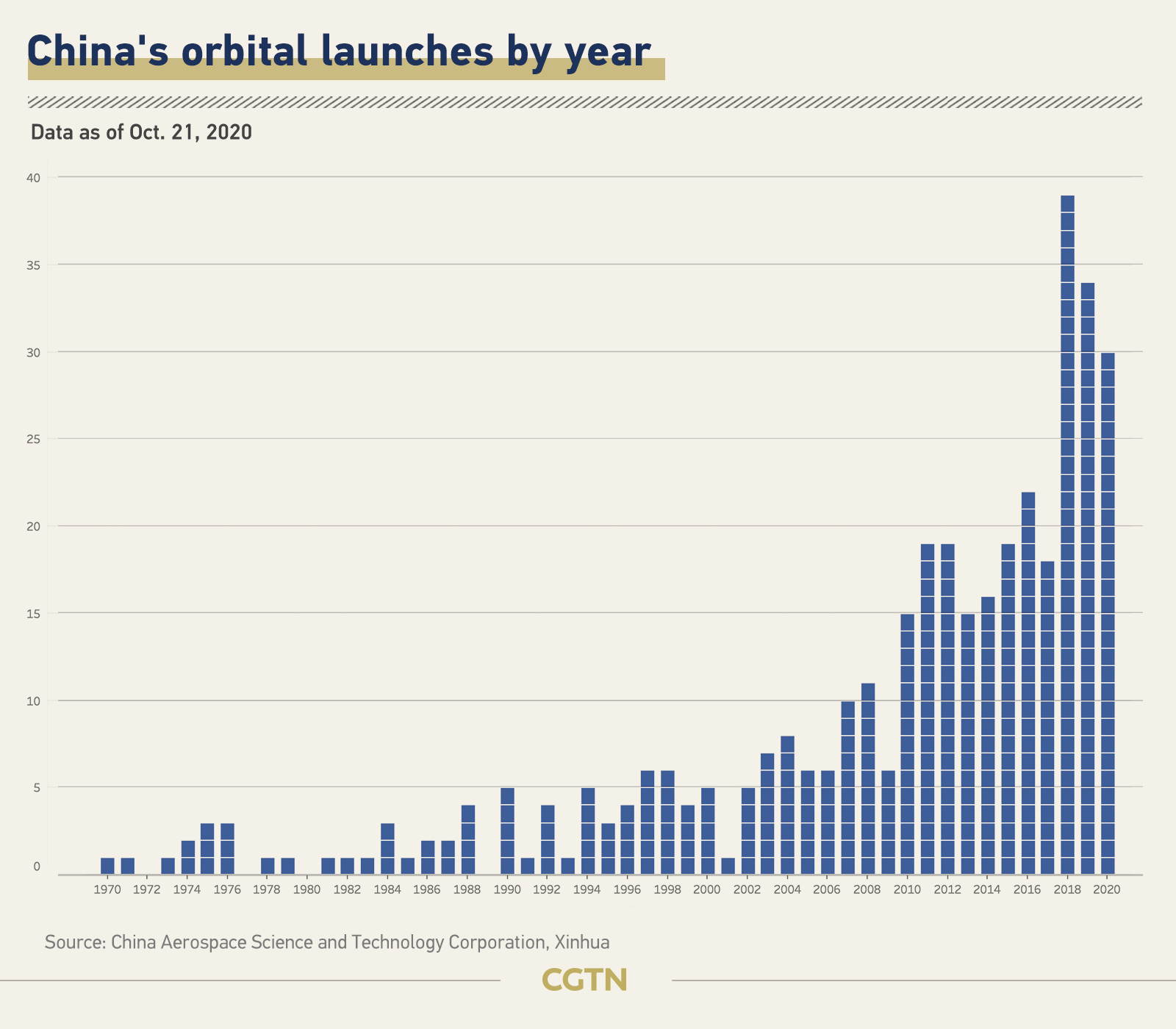 Over the past five years, China's space activities were full of highlights and surprises in almost all aspects.

The country set a milestone in space exploration by landing its Chang'e-4 probe on the far side of the moon in January last year. It was the first time that any craft landed successfully on the uncharted side of the planet.

Half a year later, China sent Tianwen-1 Mars probe into orbit by its largest carrier rocket Long March-5, raising the curtain for the further exploration of the red planet. The probe is scheduled to enter Mars orbit around February next year and land in May.

The Long March-5, nicknamed the "fat five," plays a key role in China's deep space exploration and constructing its own space station. It blasted off for the first time on November 3, 2016 from Wenchang Space Launch Center, China's fourth inland space launch center.

The Wenchang Space Launch Center is located in south China's Hainan Province and it's mainly used for the Long March-5 and other new-generation carrier rockets. It was built in 2014 and the first launch was conducted in June 2016.

In 2019, China completed the first sea-based rocket launch in the Yellow Sea, becoming the third country after the United States and Russia to successfully perform such a mission.

China has also made significant breakthroughs in advancing space infrastructure.

The country began constructing its own navigation system in the 1990s. In June, China launched the 55th, also the last satellite of the BeiDou Navigation Satellite System (BDS), marking the completion of the deployment of its own global navigation system.

In August, the Gaofen-7 Earth observation satellite was put into service, representing significant progress for China's surveying and mapping capabilities. It can provide 1:10,000 scale satellite 3D mapping for users.

In terms of manned spaceflight, China conducted its latest manned mission in 2016 by sending two astronauts, Jing Haipeng and Chen Dong, into orbit, where they spent about a month abroad China's space lab Tiangong-2, which was launched a month earlier and reentered the atmosphere under control in 2019.

Tiangong-2, an improved version of Tiangong-1, is considered China's first space lab. China is expected to complete its space station by 2022.

China aims to become a leading space power in the world by 2045, according to a route map drawn up in 2018 by China Aerospace Science and Technology Corporation. 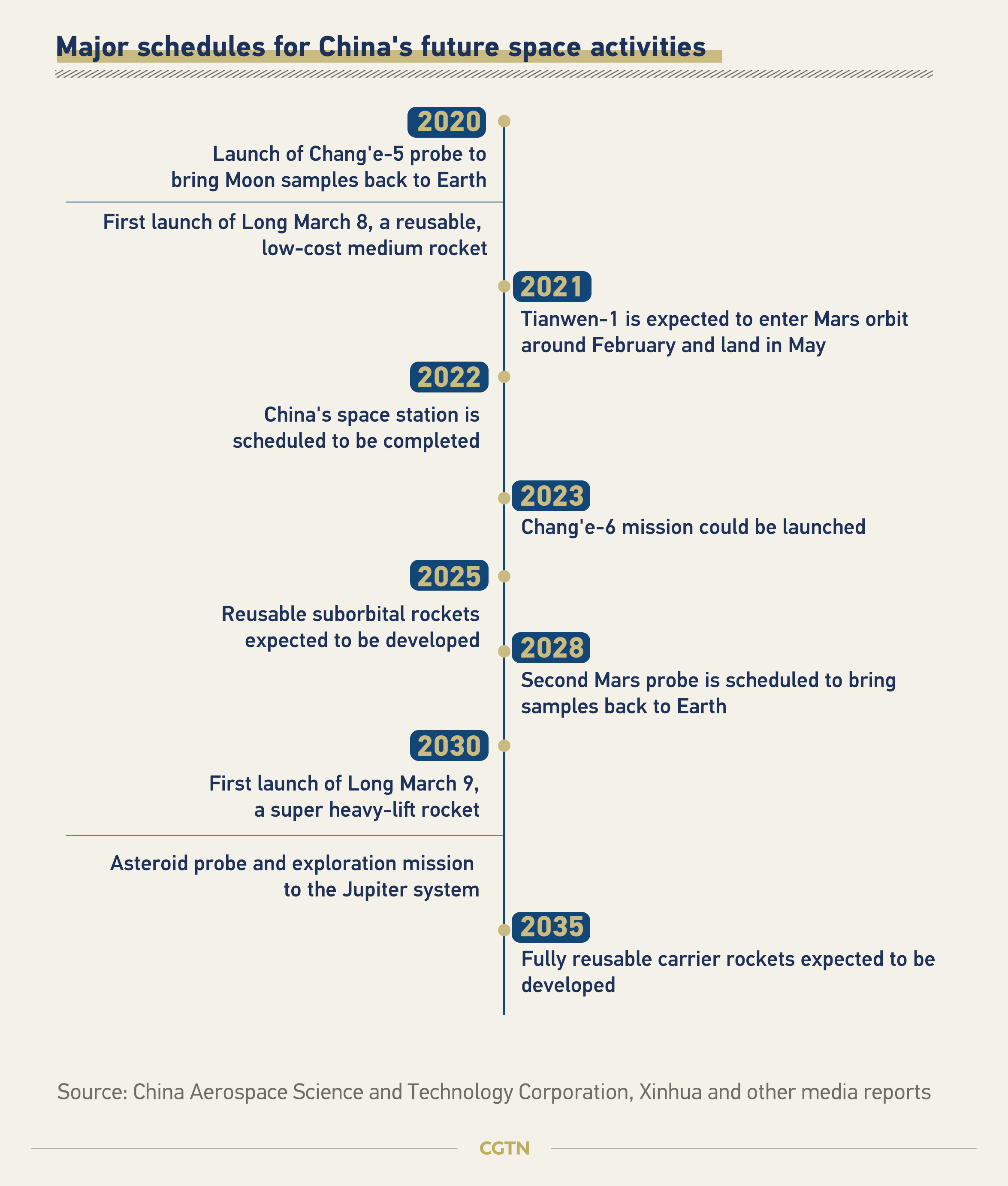