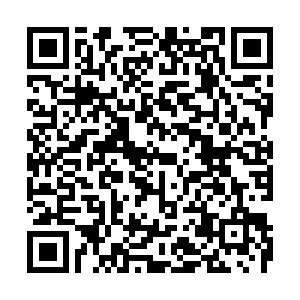 The communique of the fifth plenary session of the 19th Central Committee of the Communist Party of China (CPC) was released on Thursday.

CGTN has analyzed the content of the communique and visualized the most prominent words and phrases in the word cloud below.

China will nurture a strong domestic market and establish a new development pattern, according to the communique.

The word "development" was followed by the words "economy" and "socialism," which were mentioned 37 times and 25 times respectively.

The communique said that China will comprehensively deepen reform in pursuit of a high-level socialist market economy.

"China will uphold and improve the basic socialist economic system, give full play to the decisive role of the market in resource allocation, let the government better play its role, and promote the better integration of an efficient market and a capable government," according to the document.

The plenary session reviewed the achievements during the 13th Five-Year Plan and raised a set of long-range objectives for China to basically achieve socialist modernization by 2035, when China's economic and technological strength, and composite national strength will increase significantly.

By that time, "the per capita GDP will reach the level of moderately developed countries," according to the communique.

To put the economy back on track amid the COVID-19 pandemic, the Chinese leadership has proposed a new concept of "double development dynamic."

The term was among the key words and phrases from the communique.

The country will smooth domestic circulation and let domestic and international circulation reinforce each other, spurring consumption in an all-round way and expanding investment, the document also noted.