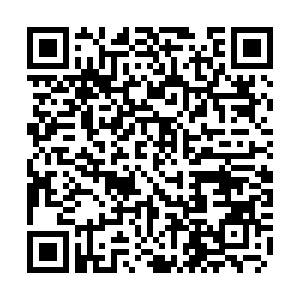 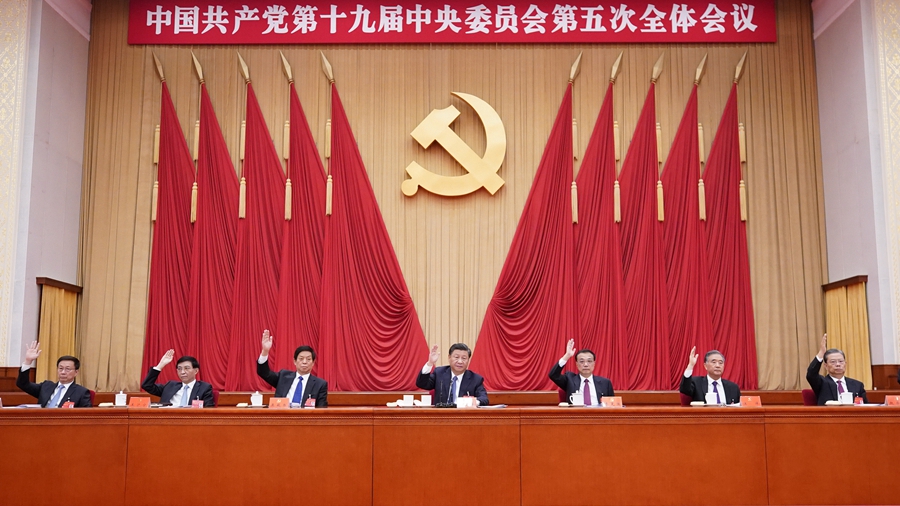 The 19th Central Committee of the Communist Party of China (CPC) concluded its fifth plenary session in Beijing on Thursday with the release of a communique.

The 14th Five-Year Plan (FYP) (2021-2025) for National Economic and Social Development and the Long-Range Objectives Through the Year 2035 are the key topics of the communique.

Here is a look at all the highlights from the communique of the meeting.

This year is the final year of China's 13th FYP period (2016-2020), and the communique highlighted that the implementation of the 13th FYP has been smooth.

By adhering to the new development concept and unswervingly advancing reform and opening-up, great achievements have been made since the fourth plenary session, the communique said.

During the past year, China has deepened supply-side reform, enhanced macro-economic regulation and expanded domestic demand as the strategic foundation.

Economic growth has been better than expected, people's livelihood has been improved and social stability has been maintained.

During the 13th FYP period, which is coming to an end in 2020, China has made great progress with stable economic growth and better economic structure, the communique said, noting China's GDP is expected to surpass the 100 trillion yuan ($14.9 trillion) mark in 2020.

More than 55 million people in China have been lifted out of poverty in the past five years.

Meanwhile, during the past five years, more than 60 million new jobs were created in China's urban areas, it said.

As for the fight against the COVID-19 pandemic, the whole country coordinated the prevention and control work with economic and social development and put people's safety and health first.

Major country diplomacy with Chinese characteristics was vigorously promoted, and major achievements were made in various undertakings of the Party and state.

The strength of the leadership of the CPC and the Chinese socialist system has been further demonstrated in the past five years, it added.

With regards to the blueprint for the future, the communique stressed that the whole Party must take into account the overall strategic plan for the great rejuvenation of the Chinese nation with major changes in the world that have not occurred in a century.

A thorough understanding is necessary about the new characteristics and requirements brought about by the changes in the evolution of the principal contradiction facing Chinese society, it said.

Also, given that China is in the primary stage of socialism, more attention should be paid to the new contradictions and challenges brought by the complex international environment.

Additionally, the CPC has raised a set of long-range objectives for China to achieve socialist modernization by 2035.

China's economic, technological and composite strength was also stressed, as well as development in new industrialization and the modernization of China's system and capacity for governance.

The communique also said effort was needed in boosting the well-rounded development of society, including social etiquette and civility and the advancement of eco-friendly ways of work and life.

China's opening-up, per capita GDP, the implementation of the Peaceful China initiative and well-rounded human development were also highlighted.

As for the goals to be reached during the 14 FYP period, the communique said that the overall leadership of the CPC must be upheld to realize the 14th FYP and efforts should be made to mobilize all positive factors and rally all the forces that can be rallied to form a strong synergy to promote development.

Proposals to reach the goals

- Uphold the central role of innovation in its modernization drive and implement an innovation-driven strategy.

- Build a modern industrial system and upgrade the economic structure. It will continue to support the real economy, improve manufacturing power and modernize the industrial and supply chain to improve high-quality growth and core competitiveness.

- Nurture a strong domestic market and establish a new development pattern. The country will smooth domestic circulation and let domestic and international circulation reinforce each other, spurring consumption in an all-round way and expanding investment.

- Prioritize the development of agriculture and rural areas and fully advancing rural vitalization.

- Advance coordinated regional development and a new type of urbanization.

- Promote the cultural sector and improve its cultural soft power.

- Accelerate green and low-carbon development, continuously improve the environment and quality and stability of ecosystems and raise the efficiency of resource utilization.

It will continue to widen the opening-up and leverage the advantages of its huge market to promote international cooperation and achieve win-win results.

- Maintain the long-term prosperity and stability of the Hong Kong and Macao special administrative regions and promote the reunification of the Chinese mainland and Taiwan, as well as peaceful cross-strait development.

It aims to keep a stable external environment and promote the building of a new type of international relations and a community with a shared future for humanity.

A total of 198 members and 166 alternate members of the CPC Central Committee attended the meeting.

Also present were members of the Standing Committee of the CPC Central Commission for Discipline Inspection and senior officials of relevant sectors, as well as experts, scholars and several deputies of the 19th CPC National Congress who work at the grassroots level.