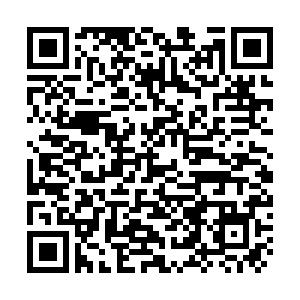 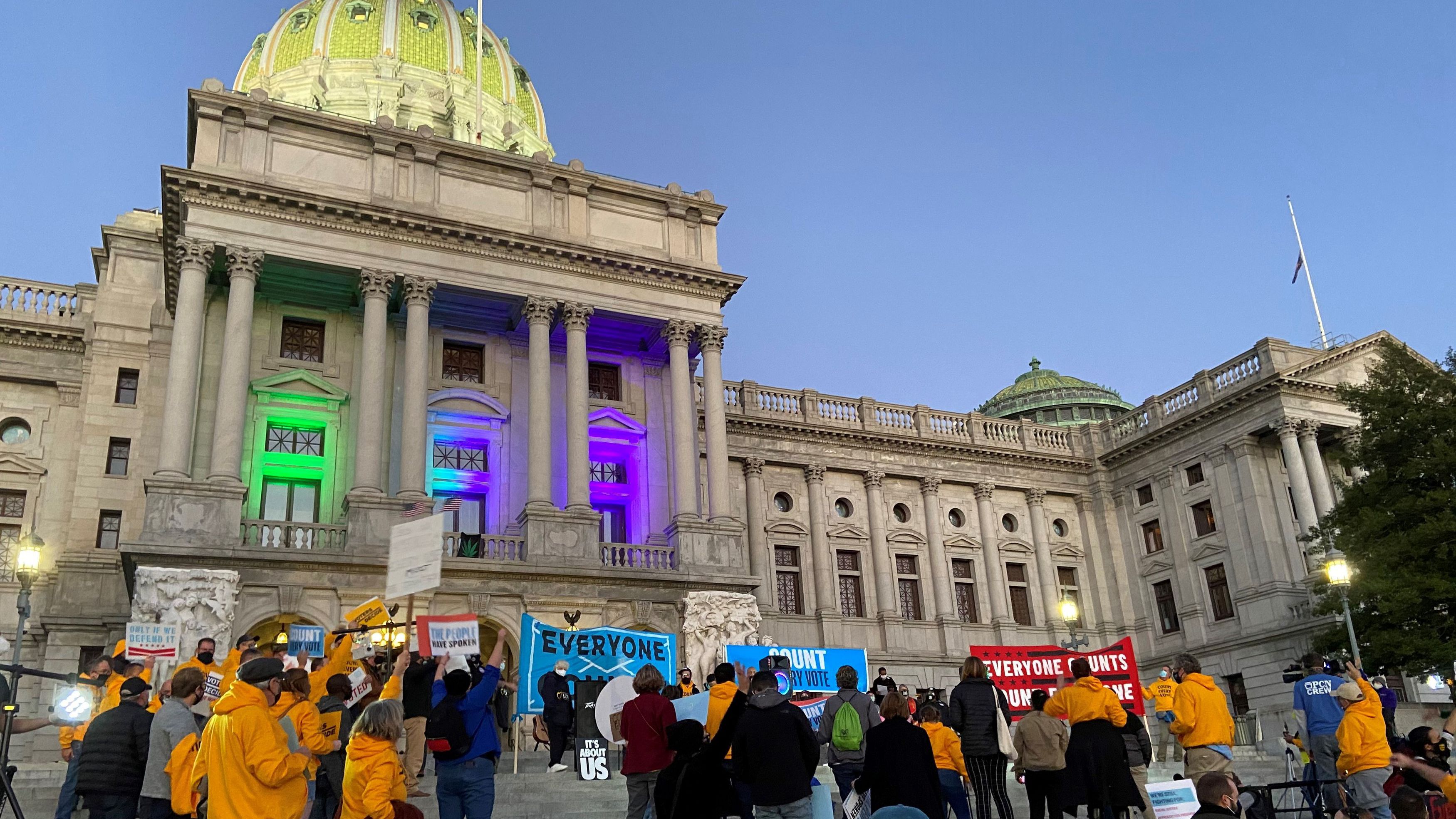 People gather at the Pennsylvania State Capitol Building to protest attempts to halt the counting of ballots in Harrisburg, Pennsylvania, U.S., November 4, 2020. /Reuters

People gather at the Pennsylvania State Capitol Building to protest attempts to halt the counting of ballots in Harrisburg, Pennsylvania, U.S., November 4, 2020. /Reuters

International observers on Wednesday slammed U.S. President Donald Trump's allegations of fraud in the election and express their concern on his campaign's attempts to stop votes from being counted.

While the election was "hard-fought and competitive with a high degree of engagement by election workers and citizens," the Organization for Security and Co-operation in Europe (OSCE) said it was "tarnished by legal uncertainty and unprecedented attempts to undermine public trust."

"Baseless allegations of systematic deficiencies, notably by the incumbent President, including on election night, harm public trust in democratic institutions," Michael Georg Link, a German MP and one of the election observers for the OSCE Parliamentary Assembly (OSCE PA), said in a statement.

"Nobody – no politician, no elected official – should limit the people's right to vote," he added. "Coming after such a highly dynamic campaign, making sure that every vote is counted is a fundamental obligation for all branches of government."

Norwegian MP Kari Henriksen, who led the OSCE PA delegation, also said she was "concerned about attempts to restrict the counting of legally cast ballots."

On election night, even as votes were still being counted, Trump told supporters there had been "a major fraud in our nation" and vowed to take the election results to the Supreme Court. On Twitter, he claimed: "We are up BIG, but they are trying to STEAL the Election." 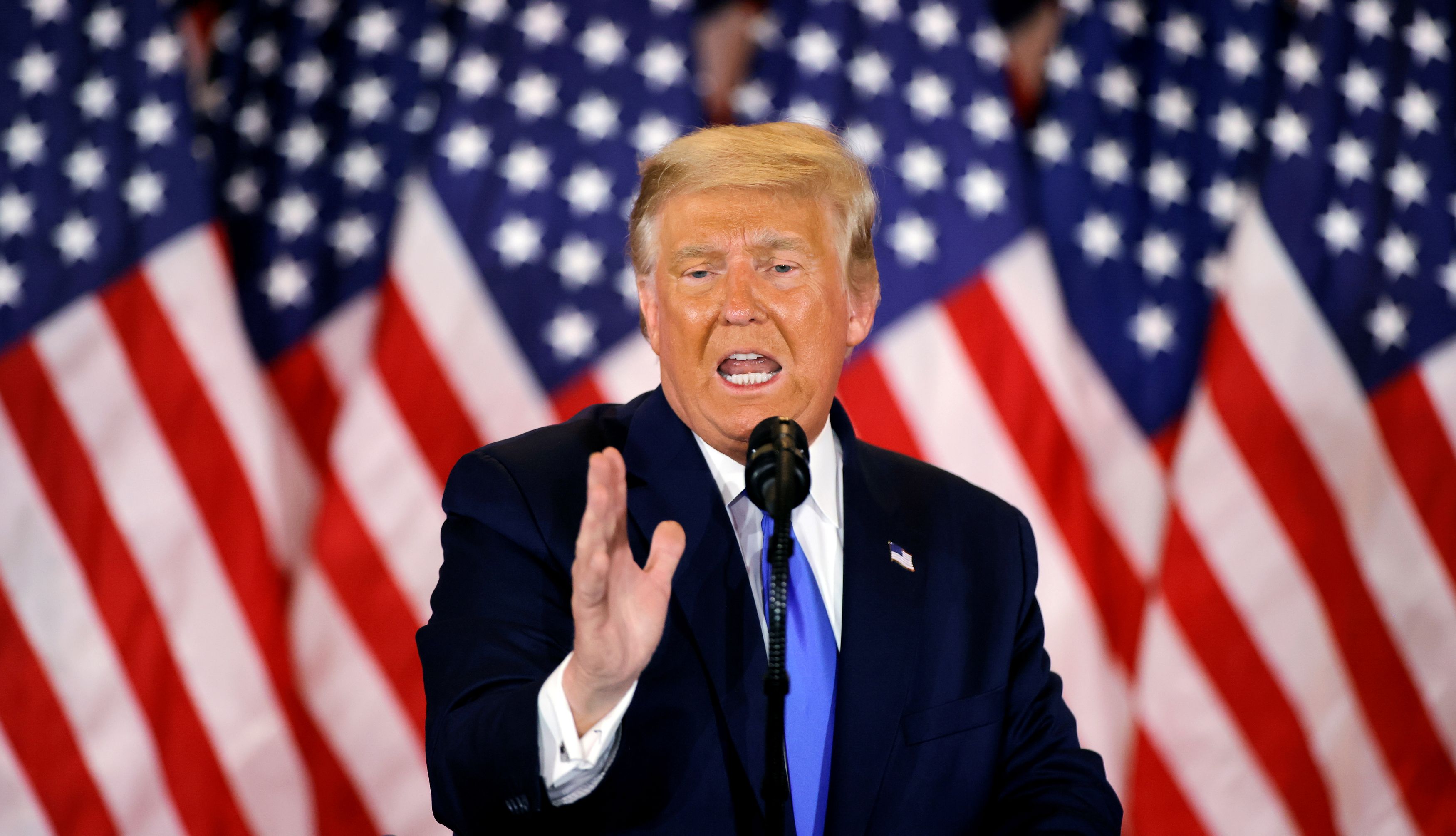 The president has repeatedly made such claims over the past few months, despite there not being any evidence of fraud. Lawyers for the Trump campaign have already launched a series of lawsuits to try and stop the counting of ballots after the Election Day. This year, amid the COVID-19 pandemic, a record number of voters cast their ballot by mail, meaning vote counting would take longer.

Overall, the OSCE noted that: "Election day itself was peaceful and took place without unrest or intimidation. Health safety measures were generally followed."

"The enormous effort made by election workers, supported by many engaged citizens, ensured that voters could cast their votes despite legal and technical challenges and deliberate attempts by the incumbent president to weaken confidence in the election process," said Urszula Gacek, who headed a delegation by the OSCE's Office for Democratic Institutions and Human Rights.

However, the OSCE observers also highlighted the number of obstacles to voting in many states: from ID requirements, which "disproportionately affect certain groups," to laws that prevent felons from exercising the right to vote, disenfranchising an estimated 5.2 million citizens.

"The right to vote and to have that vote counted is among the most fundamental principles of democracy," said Henriksen. "While the United States has taken great strides toward expanding the franchise, concerns remain regarding universal adult suffrage."

Another issue of concern was campaign finance, with some $14 billion estimated to have been spent on races up and down the country, the OSCE said.

OSCE observers routinely travel to elections around the world to watch whether voting is conducted in line with democratic standards.

In total, some 100 observers from the OSCE PA and ODIHR were deployed around the U.S. to watch the 2020 election.