Tradition goes modern: Brick-and-mortar is still a must for newcomers
By Cen Ziyuan 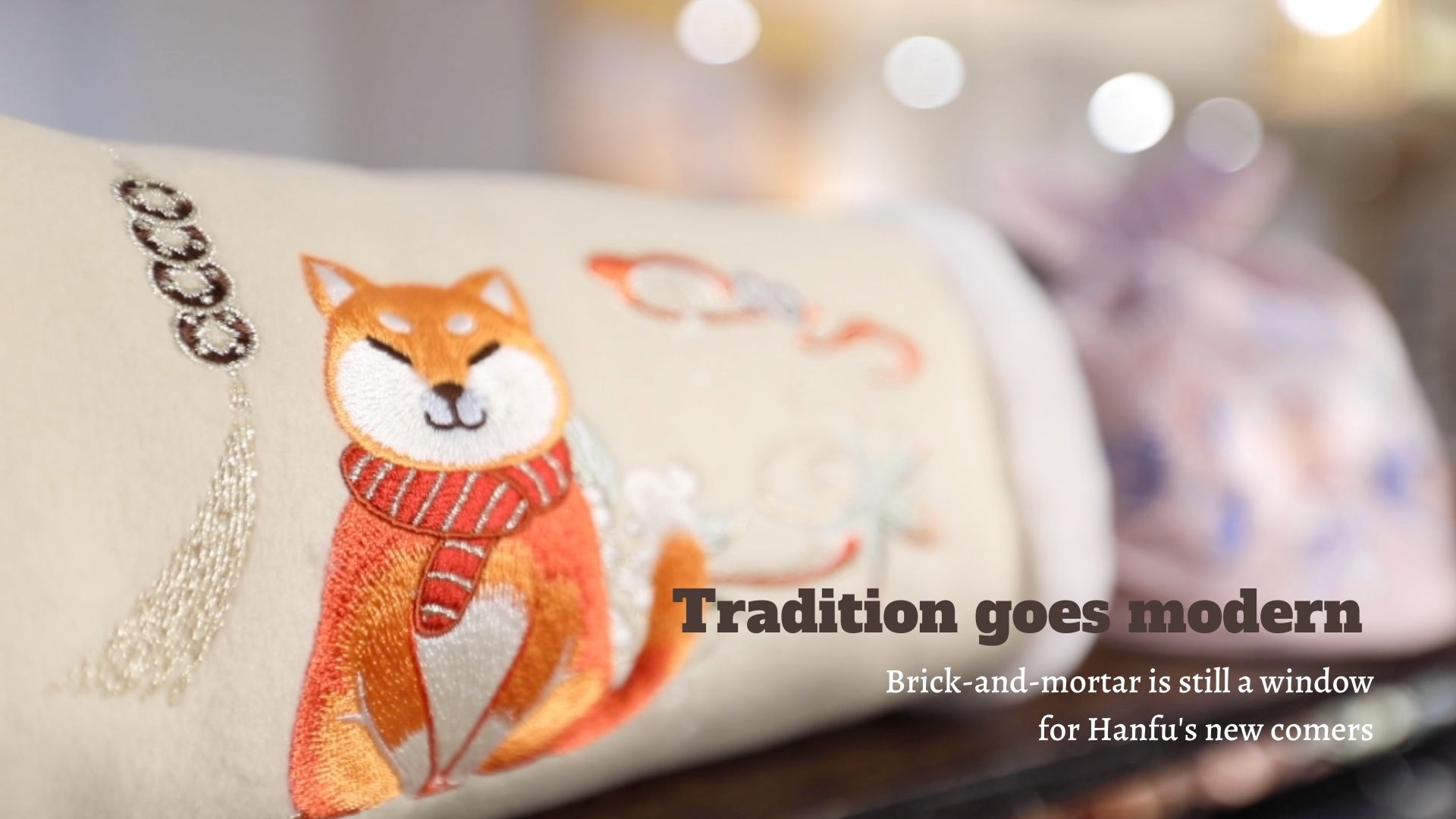 Despite the growing dominance of online shopping, the couple who started the Hanfu revival, a form of traditional clothing, say brick and mortar stores are still necessary.

The first Chong Hui Han Tang store opened 14 years ago and the name means returning to the Han (206B.C.-220A.D.) and Tang (618-907) dynasties. It comes from a song written by Lyu Xiaowei's husband Sun Yi, the co-founder of the brand.

The couple started in Chengdu, and they've been promoting Hanfu since 2006. They insist real stores are needed so that people can get to know the brand.

Brand co-founder Lyu Xiaowei said: "Our brand is quite unique. We've insisted on having brick-and-mortar. Most people purchase via online platforms."

The e-commerce platform T-Mall said more than 20 million people have bought Hanfu on the platform in 2019. It estimates the number of customers could reach 400 million.

Chong Hui Han Tang was the first to sell on the platform. In 2019, sales reached 100 million yuan, which it is about $14 million.

"I've always envisioned Hanfu becomes a daily wear. If it is only available online, the items will reach certain targeted consumers. You will search and buy it only if you know Hanfu," Lyu said.

However, brick-and-mortar stores serve as a window to introduce Hanfu to new customers.

Majority of the brands including Chong Hui Hang Tang produce Hanfu based on sample sizes. They share it is important to have the new comers to have a full experience trying on their first gown.

Mo Yi, the sales representative at Chong Hui Han Tang said: "They are all made based on sample sizes. We do not provide customized services. Some of the styles have tighter fittings. If a new comer drop by, we have to find one that's a better fit for them."

Some have accused them of worshipping tradition, but Lyu says advocating a return of Hanfu doesn't mean people have to abandon modern life. Instead, it is to honor what is good.

"Referring back to the song, it sings 'honoring the etiquette while dressed in the Han traditional clothing,'"Lyu said, "In other words, we want to create a flourishing age that is even better than before."

The Han and Tang dynasties were flourishing ages in Chinese history. Hanfu advocates hope to bring back styles that once shone and can represent Chinese culture on an international stage.