Graphics: What is China's future plan for the space sector?
CGTN 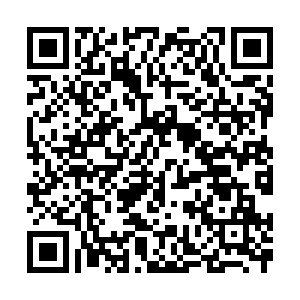 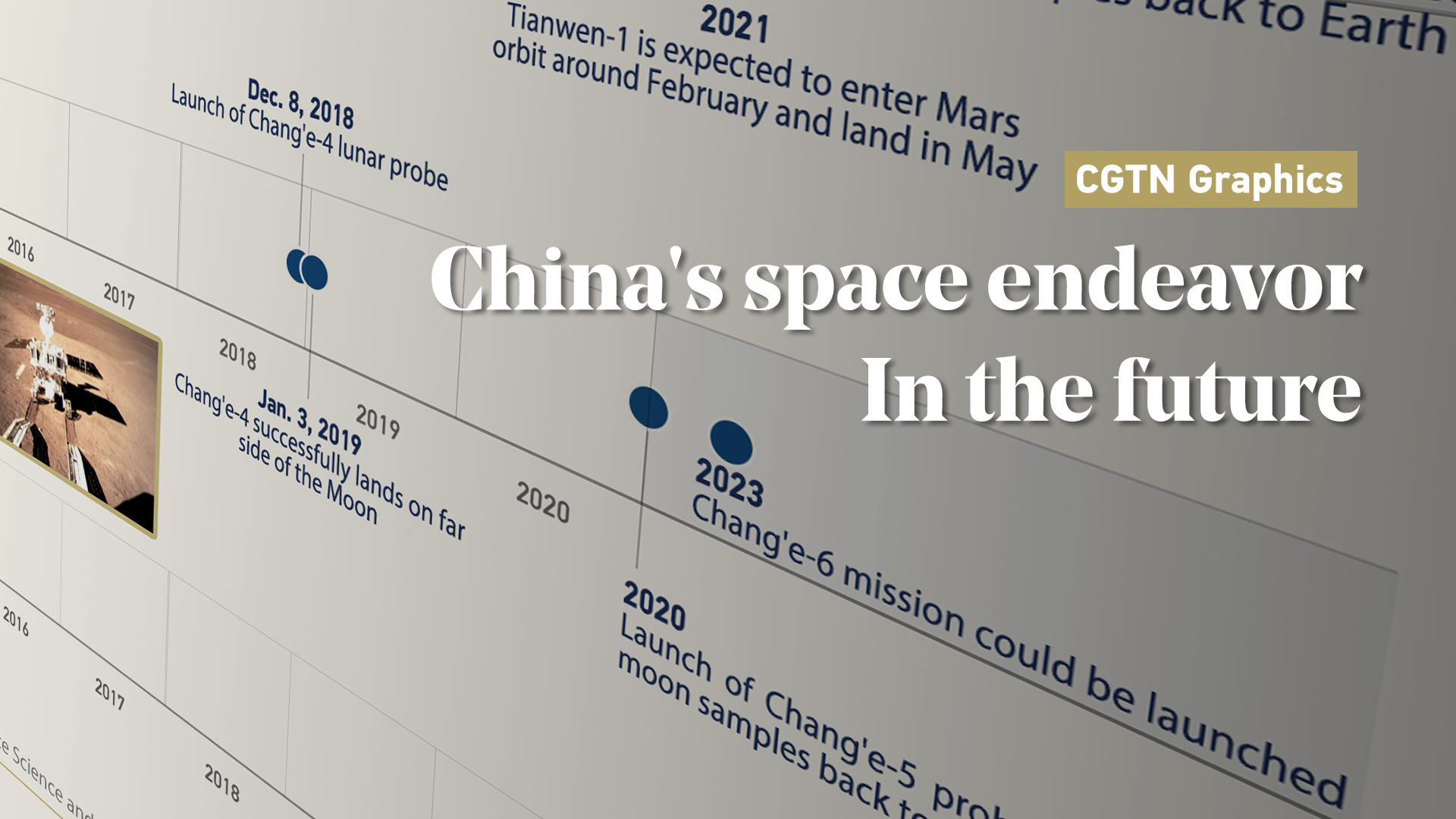 China is expected to double down on key and core technology development over the next 15 years, according to the Communist Party of China (CPC) Central Committee's development proposals made public last week.

Pursuing innovation-driven development tops the tasks listed in the proposals.

During the 13th Five-Year Plan period (2016-2020), the country has conducted over 140 orbital launches: the most notable missions include landing its Chang'e-4 probe on the far side of the moon last year and sending Tianwen-1 Mars probe into orbit in July.

The country aims to become a leading space power in the world by 2045, according to a route map drawn up in 2018 by China Aerospace Science and Technology Corporation. 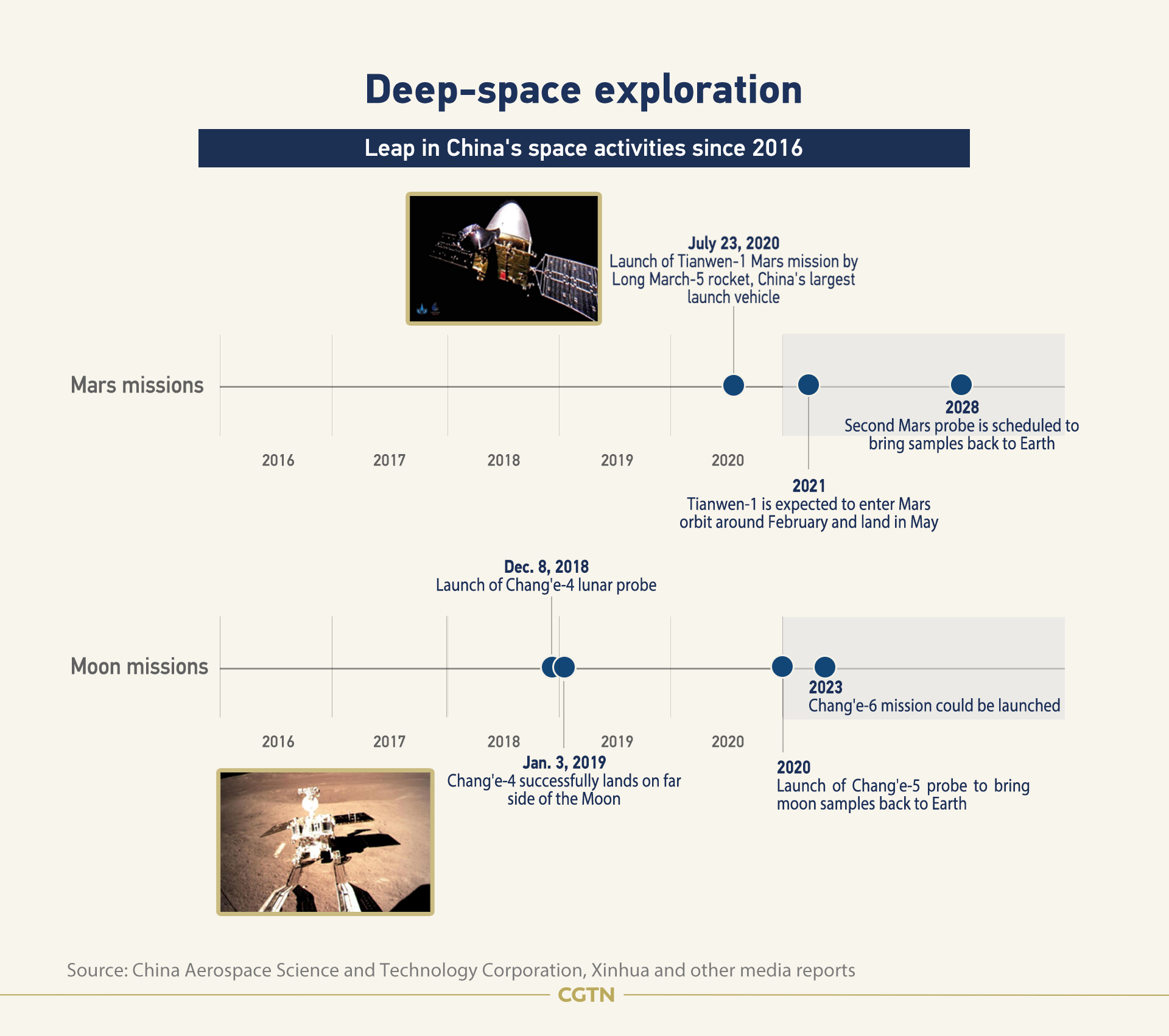 China plans to launch the Chang'e-5 probe by the end of this year to bring moon samples back to Earth, said Yu Dengyun, deputy chief designer of China's lunar exploration program, in September.

Tianwen-1 is expected to enter the Mars orbit around February 2021. Afterwards, it will spend two to three months to prepare for the landing in May.

Future deep-space exploration endeavors include follow-up lunar missions and a second Mars mission in 2028 to bring samples back to Earth. China will also probe asteroids and undertake an exploration mission to the Jupiter system around 2030, according to Xinhua.

In terms of manned spaceflight, the country is expected to complete its space station by 2022. China conducted its latest manned mission in 2016 by sending two astronauts into orbit.

The rapid development of China's space launch vehicles has surprised the world as well.

After sending the Tianwen-1 Mars probe into orbit with its largest carrier rocket Long March-5, China aims to develop the super heavy-lift Long March-9 by 2030.

The rocket would have a core stage with a diameter of 10 meters and able to carry a payload of 140 tonnes into low-Earth orbit, five times that of the Long March-5, said officials. 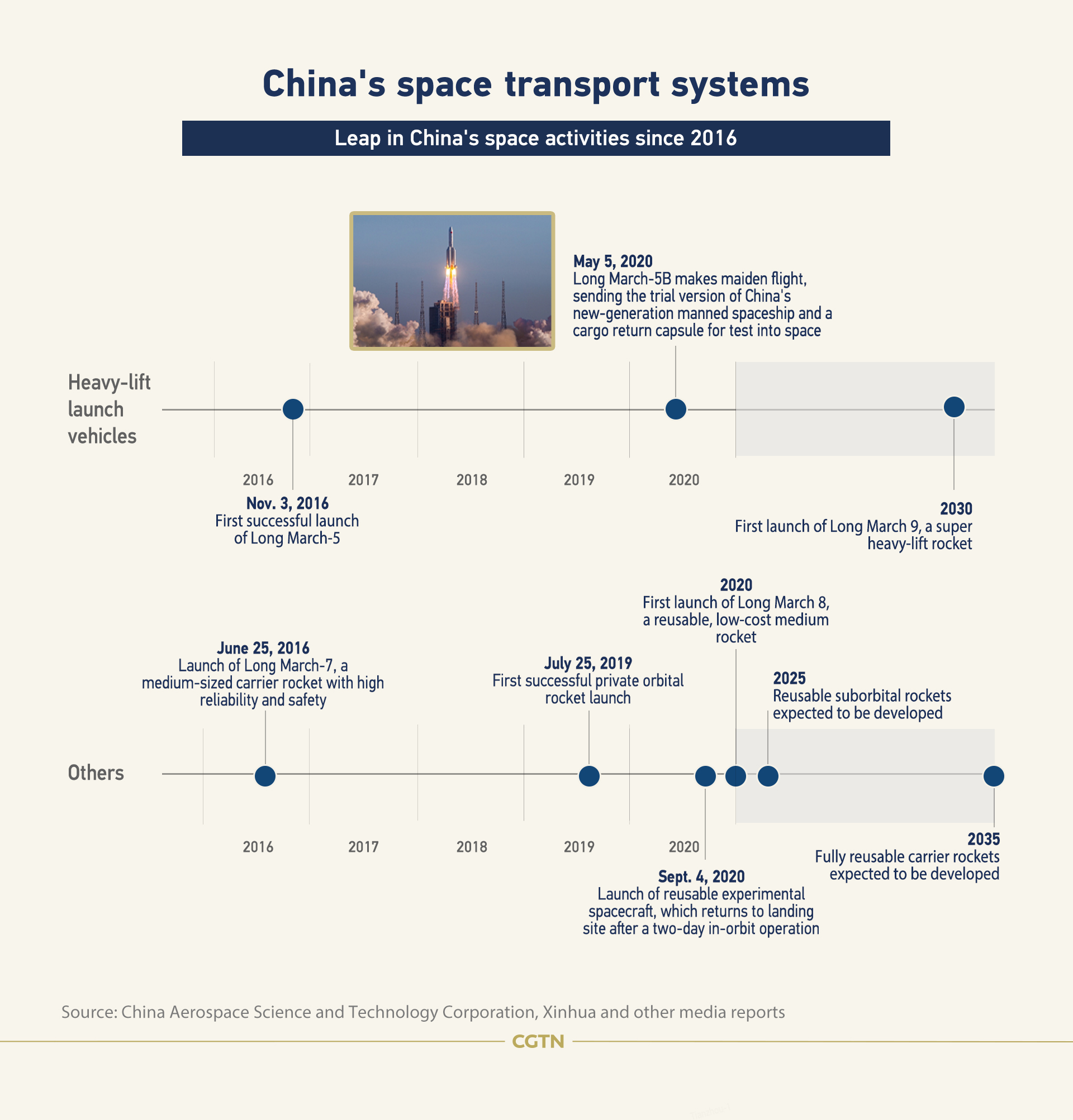 Meanwhile, the country's commercial space industry has taken off in recent years. Chinese private space companies have marched into a field long dominated by state-owned giants.

In July 2019, Beijing-based iSpace was the first Chinese private firm to achieve so by successfully launching Hyperbola-1 from Jiuquan Satellite Launch Center.

State-owned China Aerospace Science and Industry Corporation (CASIC) has laid out a new set of commercial space plans for the next five years last month.