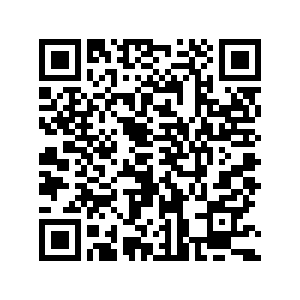 "A monster comes to the surface of Tianchi Lake, with a golden color. Its head is as big as a basin with horns on it, its neck is long with whiskers. The hunter believes it's a dragon," reads a record describing a Chinese Nessie during the Qing Dynasty. Since then, sightings of a mysterious giant creature in Tianchi Lake has never stopped, creating a sense of mystery at the lake located at Changbai Mountain in Northeast China's Jilin Province.

The Changbai Mountain is a mountain range forming the border between the Chinese provinces of Liaoning and Jilin and the Democratic People's Republic of Korea. From ancient times, the mountain has been revered by nomadic hunters. The pristine forest, distinctive volcanic landform and diverse wildlife have made the place one of the best to visit.

Like a piece of jade, Tianchi Lake lies on the main peak of Changbai Mountain. Its surface elevation is 2,189.1 meters, and the deepest part of the lake is 384 meters, which make it the highest volcanic lake in the world and the deepest lake in China. It is also the source of Songhua River, one of China's primary rivers.

People are fascinated by the unknown part of our planet. Same as other mysterious creatures in the world, the one in Tianchi Lake remains unidentified, and yet many of us still hope these fantastic beasts may be hiding somewhere. In July 27, 2013, Wu Chenzhi, a staff member of the Changbai Mountain volcano monitoring station, took a picture of a monster-liked creature in the lake. The head of the monster looked like a deer this time.

Mingyong Glacier: How to save the lowest-latitude glacier of China?