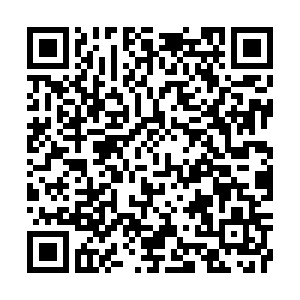 The Hong Kong Special Administrative Region (HKSAR) government on Thursday strongly condemned the joint statement by foreign ministers of Australia, Canada, New Zealand, Britain and the United States, which made deliberate misrepresentation on a recent decision by the Standing Committee of the National People's Congress (NPC) on the qualification of members of the HKSAR Legislative Council (LegCo).

These comments, irresponsible to the point of malice, are proof of blatant interference in Hong Kong matters which are squarely internal affairs of China, a spokesman of the HKSAR government said on Thursday.

Swearing allegiance to the system of the country and upholding laws of the state is an international norm for public officers and any breach of the oath will not be tolerated, the spokesman said.

By publicly criticizing the resolute action of the central government and the HKSAR government to disqualify four LegCo members who have been confirmed in accordance with the law to have breached their oath, the five foreign ministers are clearly applying double standards, the spokesman said.

Four members of the sixth-term LegCo, namely Alvin Yeung, Kwok Ka-ki, Dennis Kwok and Kenneth Leung, submitted nomination to run for the 2020 LegCo General Election that was originally scheduled for September 6. Their nominations were invalidated by Returning Officers (ROs) before the end of the nomination period, and they hence lost the qualification for running for the election of the seventh-term LegCo.

The ROs ruled that the behavior of these four persons was not in compliance with the declaration requirement of the Legislative Council Ordinance to uphold the Basic Law and pledge allegiance to China's HKSAR.

As the issue involves the decision of the the Standing Committee of the NPC made on August 11 and its Interpretation of Article 104 of the Basic Law, the HKSAR government could not decide on the qualification of the four members on its own and therefore requested the central government to invite the Standing Committee of the NPC to resolve the problem from a constitutional perspective, the spokesman said.

The decision made by the Standing Committee of the NPC on November 11 is constitutional, lawful and necessary. It ensures the faithful implementation of "One Country, Two Systems" principle and safeguards the constitutional order of the HKSAR, the spokesman said, adding that there is no question of "destroying 'One Country, Two Systems' or a high degree of autonomy" as claimed by a few.

The HKSAR government solemnly reminded the international community that foreign governments should stop their scaremongering and interfering in any form in the internal affairs of the HKSAR and urged them to respect the importance attached to peace, stability and prosperity by the Hong Kong people under the principle of "One Country, Two Systems," the spokesman said.