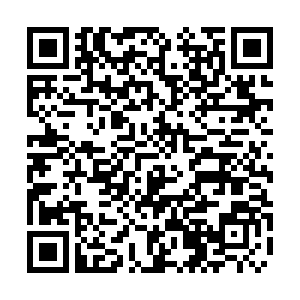 U.S. businesses in China are more optimistic about their future in the world's second largest economy with Joe Biden in the White House, according to a survey by the American Chamber of Commerce in Shanghai that was released on Friday.

Only two were more pessimistic about doing business in China.

In an interview with CNBC, AmCham Shanghai president Ker Gibbs said the majority of respondents were positive about the future, adding he felt that a Biden administration would play a positive role in the stability of the environment and relationship.

Tensions between the U.S. and China escalated under Donald Trump's administration. He started the trade war with China, which met with retaliation, with the two sides slapping tariffs on billions of dollars' worth of each other's goods. Eventually, the trade conflict spilled over to technological and financial industries.

Under a Biden administration, only 5.6 percent of the survey respondents said they expect more tariffs. However, the U.S.-China relationship will not necessarily go back to where it was before the trade war. Instead, 70.2 percent of company leaders predicted the new U.S. leadership would work more with other countries to put pressure on trade relations with China, instead of taking a unilateral approach like Trump did.

China to be the only economy with positive growth in 2020, says IMF report

In light of China's quick economic rebound from the coronavirus pandemic, almost a half (47.6 percent) of respondents anticipated that their 2020 revenue would exceed last year's, up from 32.5 percent in July.

Still, although outlooks were more stable, U.S. companies remained undecided on whether to increase their investments in China, with only 13.7 percent of respondents saying they intended to.

Trade frictions aren't going away, there are still structural problems that need to be solved, said Gibbs.

Among the 124 surveyed companies, 50 of them have a global revenue of more than $1 billion. The AmCham Shanghai's annual business climate survey conducted from June 16-July 16 included 346 companies.