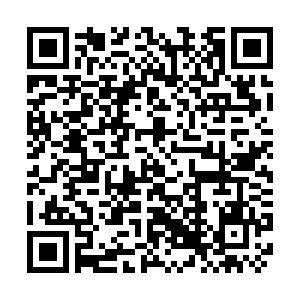 There are plenty of bleak stories making headlines every day between a global pandemic, natural disasters, humanitarian crises, and terror attacks. So here is a pick of the week's funny, quirky and surprising news from around the world to help alleviate the gloom. 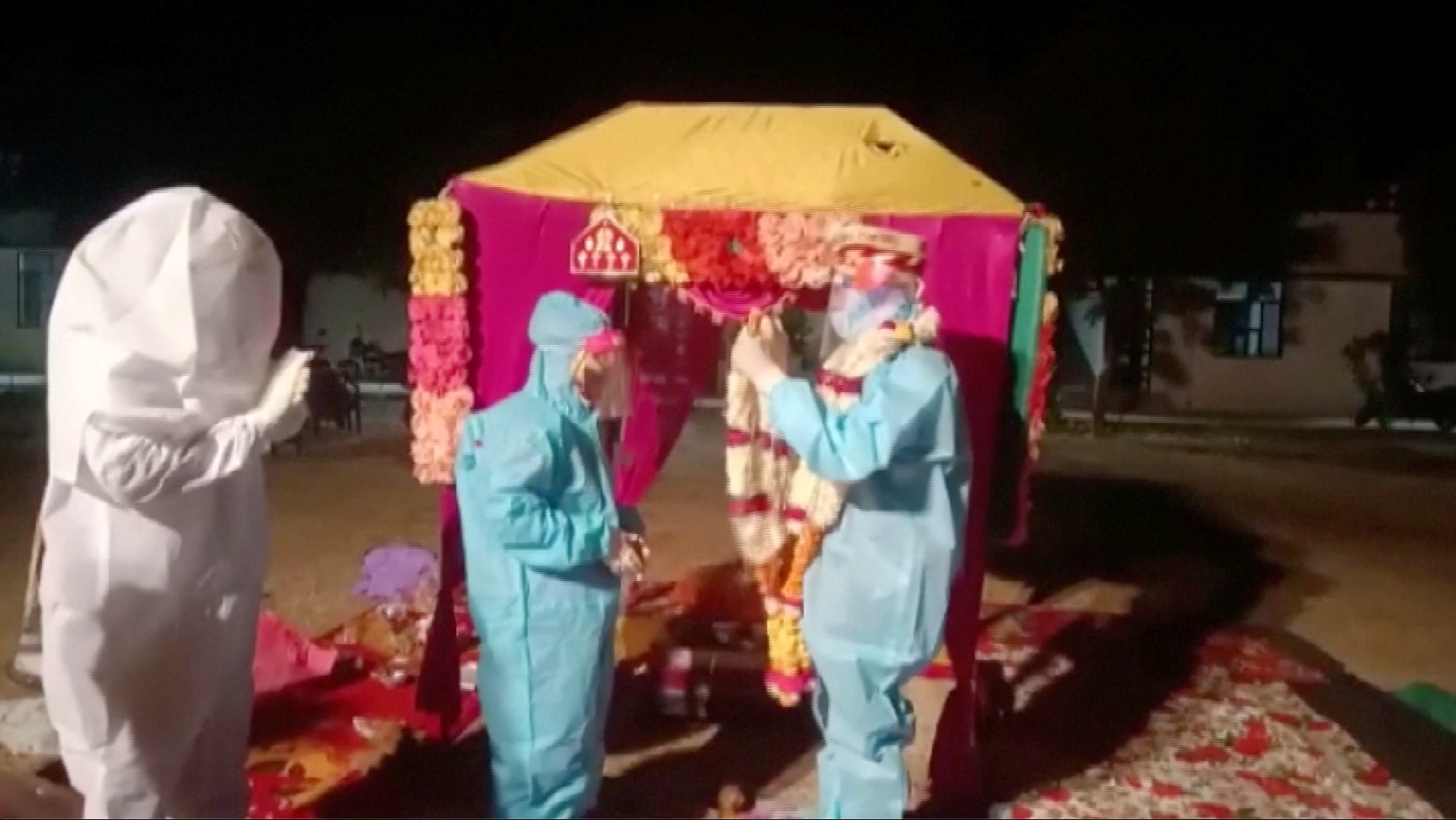 A still from a video: A bride and groom wearing PPE exchange flower garlands during a wedding ritual after the bride tested positive for COVID-19 in Baran, Rajasthan, India, December 6, 2020. /ANI/Reuters TV/via Reuters

A still from a video: A bride and groom wearing PPE exchange flower garlands during a wedding ritual after the bride tested positive for COVID-19 in Baran, Rajasthan, India, December 6, 2020. /ANI/Reuters TV/via Reuters

Indian weddings are usually lavish affairs that can go on for days. But for one couple, the dress code, location, and guest list were severely trimmed down on their special day.

The unnamed couple in Rajasthan in northwestern India were due to marry on Sunday. But hours before the ceremony, the bride tested positive for COVID-19 and was isolated at the local quarantine center.

Keen to go ahead with their wedding despite this, the couple donned full-body personal protective equipment (PPE), masks, and visors and were married in the center's courtyard by a priest decked out in a white hazmat suit.

"We consulted with the families and they agreed to get married in the quarantine center without any elaborate rituals," a local health official told Reuters. After the ceremony, the couple was placed in isolation at the center.

Come for a prayer and a pint 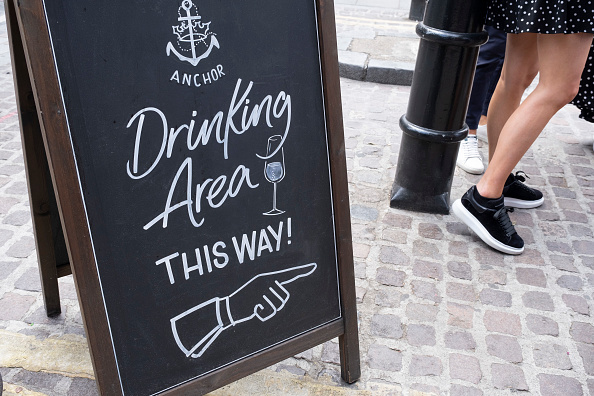 Lockdown rules due to COVID-19 have forced many businesses to reinvent themselves, but one English pub has taken it further than most.

"400 Rabbits", a mezcal bar in Nottingham, has applied to the authorities to be recognized as The Church of the 400 Rabbits. Indeed, while the UK's strict lockdown rules mean pubs and restaurants in many parts of the country remain closed, houses of worship have been allowed to reopen.

On its website, the "church" makes clear it will "answer absolutely none of life's big questions."

Owner James Aspell told CNN his application was an effort "to shine a light on the ridiculousness of the government's new tier system and how contradictory the rules are."

The "church" is now encouraging "Bunny Believers" to join the congregation. Ten pounds ($13) will meanwhile get you ordained as a Reverend of the Righteous Rabbits. "You will ... be first to be invited to attend worship if our application is granted (it definitely won't be)," it notes. 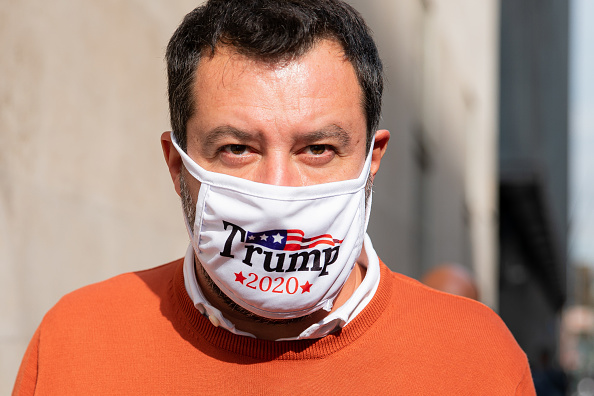 A book about Italy's controversial far-right leader and former Interior Minister Matteo Salvini has become a bestseller, but with a twist.

Titled "Perché Salvini merita fiducia, rispetto e ammirazione" (Why Salvini deserves trust, respect, and admiration), it shot to number one on Amazon Italy's book ranking at the beginning of the month. But behind the sleek black and white cover, readers will only find 110 blank pages.

Upfront about it, the publishers noted in their description that the book is "full of empty pages. Despite years of research, we couldn't find anything to say on this subject."

One reviewer commented: "Brilliant find: So many blank pages to describe Salvini and what he does … which is nothing." Another added, tongue-in-cheek, that it was "a long and tiring read but worth it." 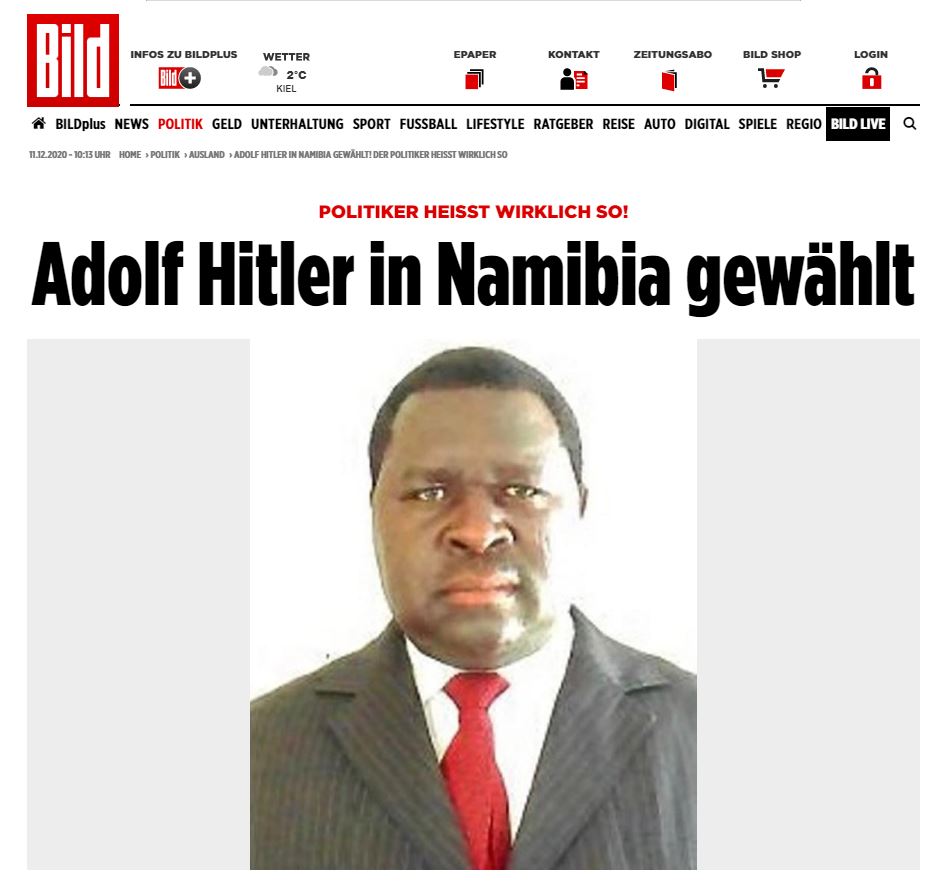 Screenshot from Bild article with the headline "Adolf Hitler elected in Namibia. Politician is really named that!" /CGTN

Screenshot from Bild article with the headline "Adolf Hitler elected in Namibia. Politician is really named that!" /CGTN

Adolf Hitler is back, but not to worry, he says he is not intent on starting another world war.

Adolf Hitler Uunona, by his full name, won a local election last week in Ompundja, Namibia, with a whopping 85 percent of votes.

But as he told the German tabloid Bild: "That doesn't mean I aspire to world domination."

The 54-year-old Uunona said his father gave him his name, and "he probably didn't understand what Adolf Hitler stood for." As a former German colony, it was not unusual for children in Namibia to have German names like Adolf.

"For me, as a kid, it was a completely normal name. I only realized as an adolescent: this man wanted to subjugate the entire world," said Uunona.

The politician usually just goes by the name Adolf Uunona. But there is no getting rid of his middle name, he said: "It's in all my official documents. It's too late for that." 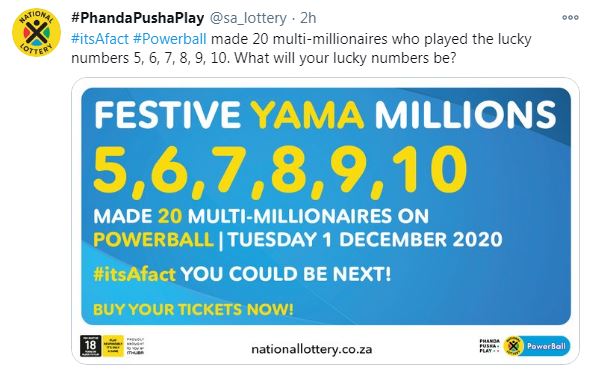 Sometimes simplicity wins big. This was the case during the PowerBall draw in South Africa last week when the winning lottery numbers neatly came out as 5, 6, 7, 8, 9, and the PowerBall 10.

The result struck more than one lottery player as unusual, causing the South African Lottery Commission to launch a probe. It concluded, however, that there was no evidence of fraud. "This occurrence, while uncommon, is not impossible," the commission said.

For 20 PowerBall players, what might have been a lazy or unoriginal choice of numbers turned into a winning combination. They were each set to win about 5.68 million rand ($370,000).