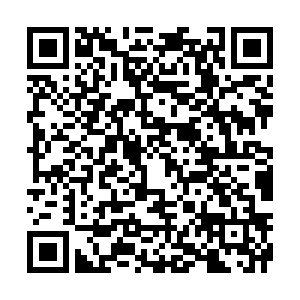 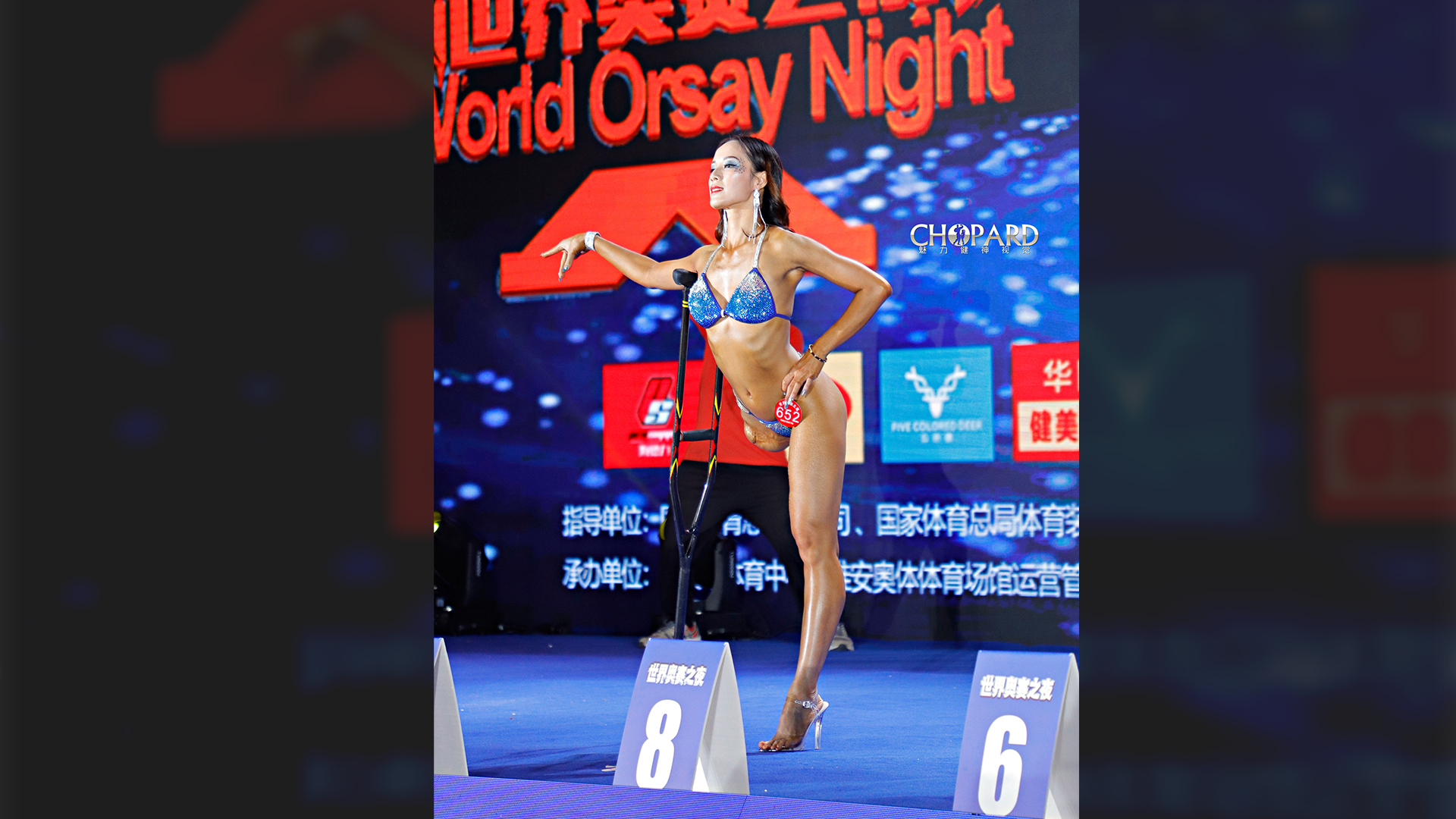 If the first time she joined a bodybuilding contest was an unintentional attempt, the second time was definitely a serious participation for Gui Yuna, a 36-year-old woman from Nanning, south China's Guangxi Zhuang Autonomous Region, who had been living with one leg since seven years old.

The amputee became a trending topic on Chinese short-video platform Douyin for posting a 15-second clip, in which she walked with a crutch, wearing qipao or cheongsam, a traditional close-fitting Chinese dress for women, on October 30, 2020. That video earned her 269,000 likes and over 10,000 comments as of the time of writing.

The qipao display was just one part of bodybuilding contest World Orsay Pro, which was held in Huaian, east China's Jiangsu Province, where Gui was invited to compete in Miss Bikini and Miss Qiao by the contest's organizer Hua Bo, where she won symbolic champion titles for the two events.

On December 3, the International Day of Disabled Persons, Gui's qipao video was reposted by many media and garnered millions of views, as netizens lauded her physique and confidence on social media. And her stories, which are much more moving than her beauty, entered the public eye as well. 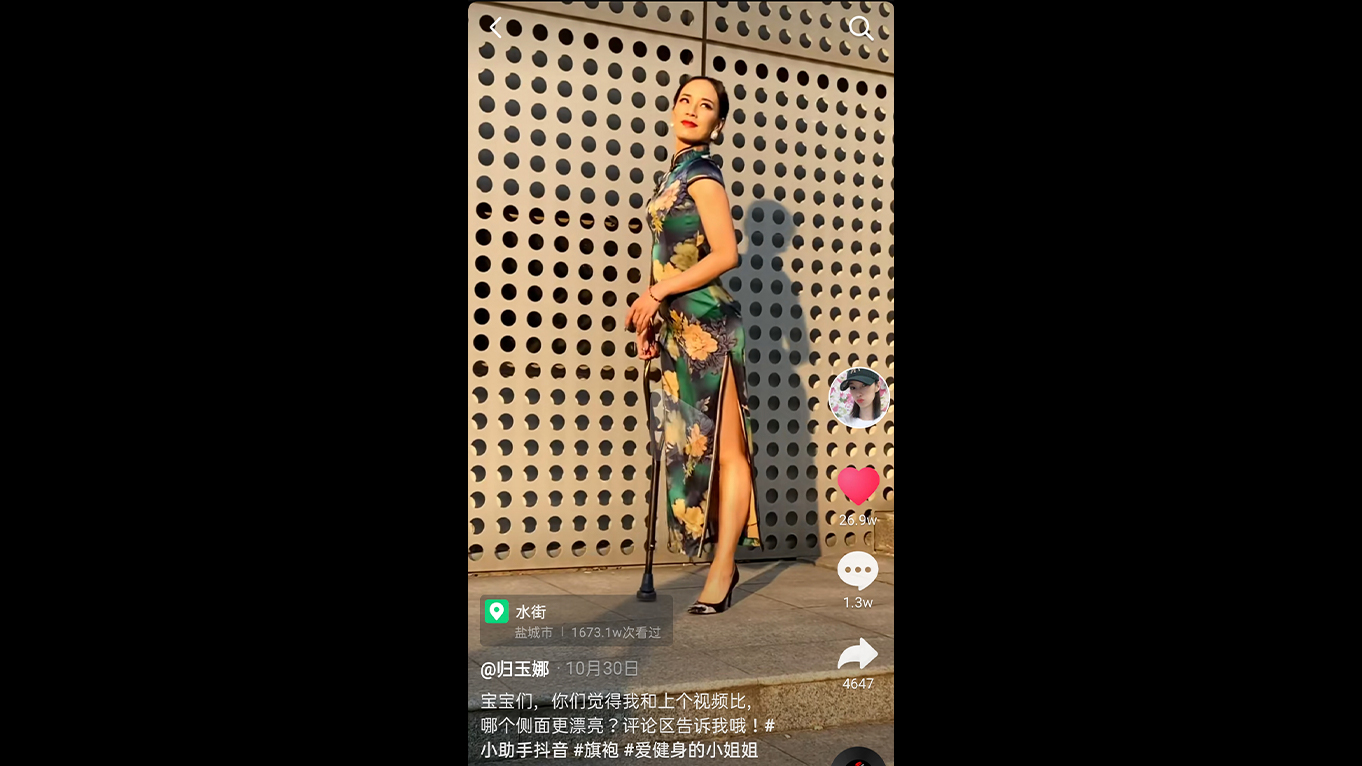 Gui lost her right leg in a car accident, and became an amputee athlete at the age of 17. "I was selected by my hometown's disabled person's federation coincidentally, and I practiced long jump and high jump in the beginning. I just attended one big formal match and was selected into the national team," Gui said.

During her professional sporting career, she participated in the 2004 Summer Paralympic Games in Greece, where she won the seventh place in women's long jump F42-46 event; she broke the world record of women's high jump for amputees in 2007 National Games for Disabled Persons; she served as a torch bearer before the 2008 Beijing Paralympic Games; she won the National Model Worker award in 2015 as well. 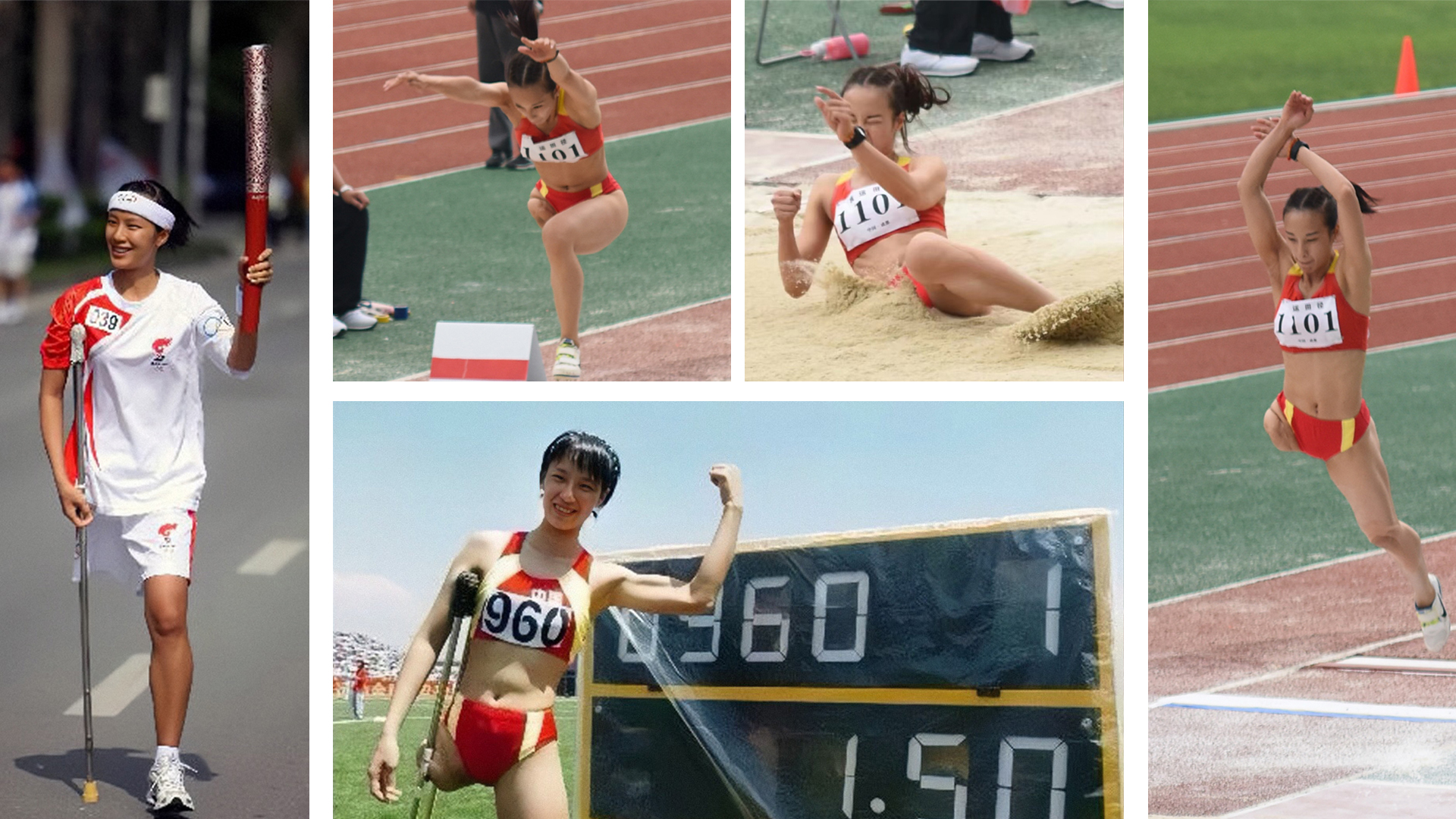 In 2017, she announced her retirement from archery, and went on to experience much bitterness while looking for a new job.

"I attended many job interviews, and most of the interviewers told me, 'your physique is not suitable for our company.' I was really confused at that time, I thought I was same as normal people, and I could do everything that intact people could do," she said.

Finally, Gui got an opportunity from her archery circle. A friend in a chat group introduced her to a job at a decorative paint company in Yancheng, Jiangsu Province. She went from being a customer service agent, to saleswoman and is presently the company's partner. Her company also contributes a lot to amputees' vocational training and employment.

"It's hard to find a job even for athletes, let alone disabled athletes. So, I'm deeply grateful to my boss who gave me a job," Gui said. 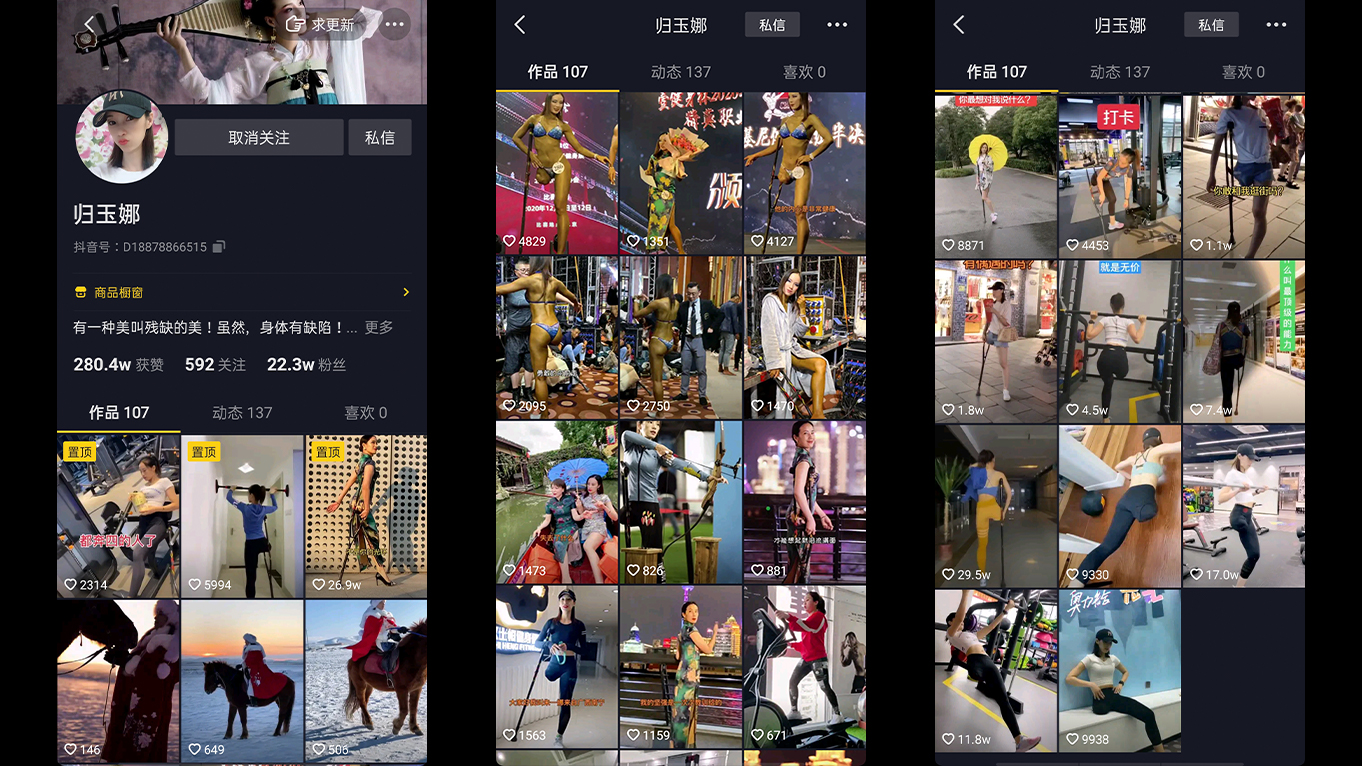 Having developed a tough character through her sporting career, Gui decided to participate in another professional contest – the Chinese Bodybuilding Association (CBBA) Pro Elites League in Beijing on December 11, 2020. 10 days before the match, she formally took Zhu Liping, 53, former bodybuilding athlete, as her teacher to prepare more rigorously.

Zhu saw Gui on Douyin and contacted her first on WeChat, offering her bodybuilding training at no cost. Gui went to Shanghai to train with Zhu, and headed to Beijing together. Behind the scenes, Zhu carefully helped tan her skin and took her through warm up, with tender eyes and strict standards.

"I'm a mother, and I know Yuna didn't have father since very young, I'm moved by her story and shed tears from her spirit, that's why I decided to help her. She's the only disabled bodybuilder that I know in my life," Zhu said.

As an amputee, Gui went through some hard times. "Once I was walking on the street, a youngster maybe of 90s ran into me, but she immediately shouted and fled away, I was scared by her action," Gui said. But instead of letting these hard times get to her, Gui spreads positive energy with self-discipline and by breaking her own limits.

After the CBBA competition where she received a symbolic award again, she went to north China to experience riding horse in the cold. And her next steps? Parachuting and other extreme sports, Gui revealed.

"I just want to show people, I can achieve things like that, and you could, too, that's the original idea of all my actions," Gui said with a big smile on her face.