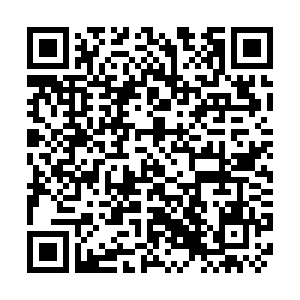 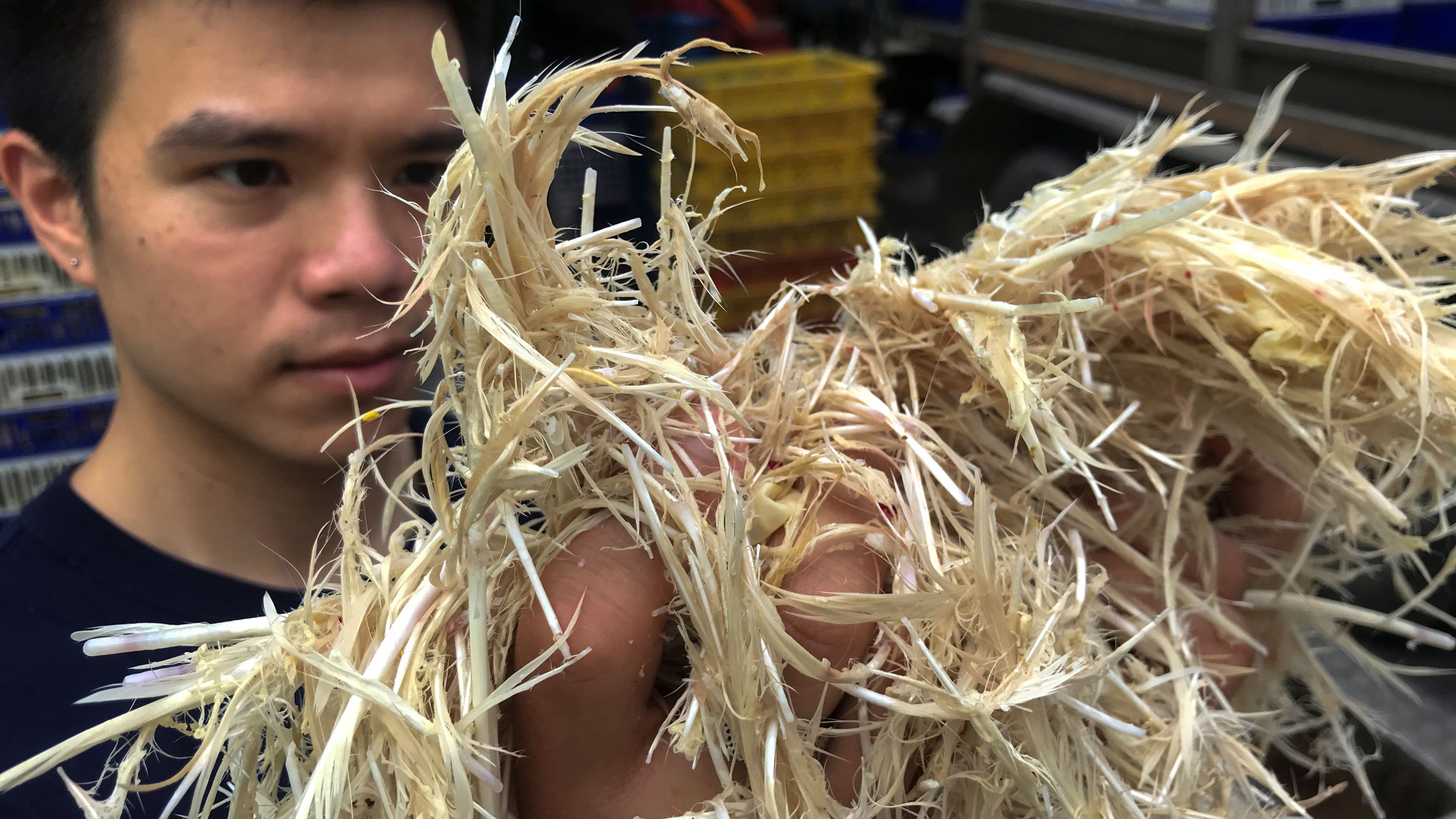 This could land on menus sooner than you think.

A 30-year-old Thai man has been working on how to convert nutrients found in chicken feathers into a lean, protein-rich source of food.

Sorawut Kittibanthorn got the idea while he was studying for a masters in material futures in London and was researching new types of waste to recycle. He settled on chicken feathers, of which millions of tons are thrown away every year.

Transforming them into edible treats is not just an extravagant idea. Sorawut's prototypes of a steak and chicken nuggets using the feather protein have already earned rave reviews from experts.

One food blogger described the texture as "very complex and advanced," saying he could imagine the steak being served in a Michelin-starred restaurant.

Hathairat Rimkeeree, a food sciences professor at Bangkok's Kasetsart University, predicted it could become an alternative food source in the future.

Now, will feather nuggets take off? 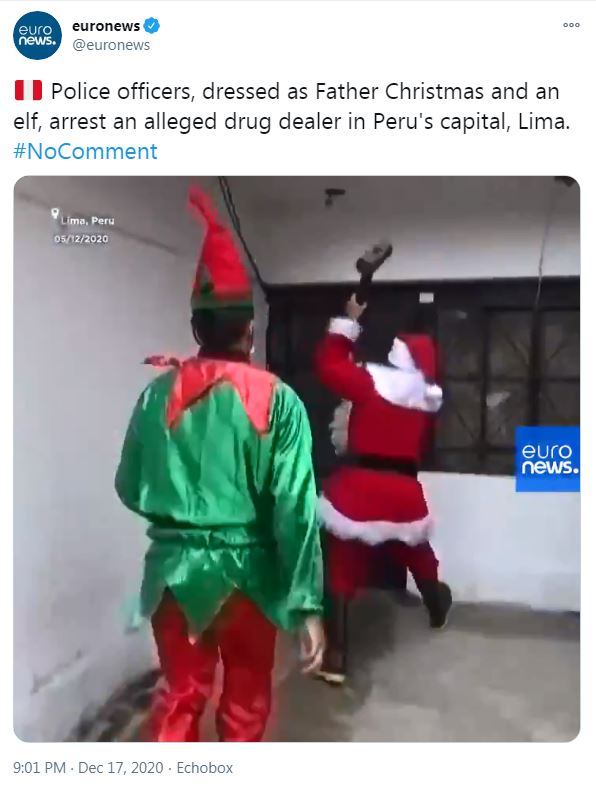 Screenshot of the police raid video posted on Twitter. /@euronews

Screenshot of the police raid video posted on Twitter. /@euronews

A drug bust in Lima, Peru, last weekend had a somewhat festive feel when drug squad agents turned up disguised as Santa Claus and one of his elves.

Police video of the raid showed the pair storm out of a van, break into a home and arrest a suspected cocaine and dope dealer – with Santa wielding a large hammer to knock down the door.

"We are the police, we are the green squad, this is an anti-drug operation," one officer could be heard yelling in the action-packed video.

Not taking risks, the agents wore flak jackets under their seasonal red, white and green costumes.

Peruvian police often resort to wearing disguises when taking down drug gangs, "to assure the element of surprise," according to Reuters. And it has apparently proved successful over the years.

Drug dealers had better look out for the Easter bunny next. 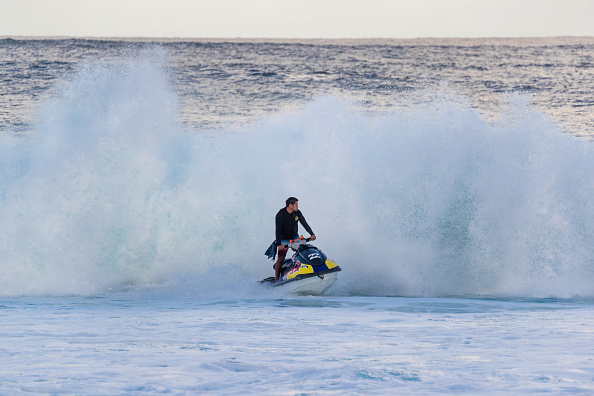 Now this is true love. A Scottish man risked life and limb when he bought a jet ski in the hope of rejoining his girlfriend on the Isle of Man.

Dale McLaughlan, 28, from North Ayrshire, had never ridden a jet ski before, but decided to attempt the 40-kilometer crossing across the notoriously choppy Irish Sea last week to get around the island's COVID-19 restrictions, which require non-residents to get a special permission to visit.

What McLaughlan thought would be a 40-minute trip turned into a four-and-a-half-hour journey in near freezing December waters. He then walked another 24 kilometers to his girlfriend's home.

The extraordinary tale however did not sit well with local Isle of Man police who found out about the illegal arrival and arrested McLaughlan two days later, after he had visited several nightclubs with his girlfriend.

The deputy high bailiff ruled that the Scot made a "deliberate and intentional attempt to circumnavigate" border restrictions, and sentenced him to four weeks in prison, the BBC reported.

Hooved gang on the loose 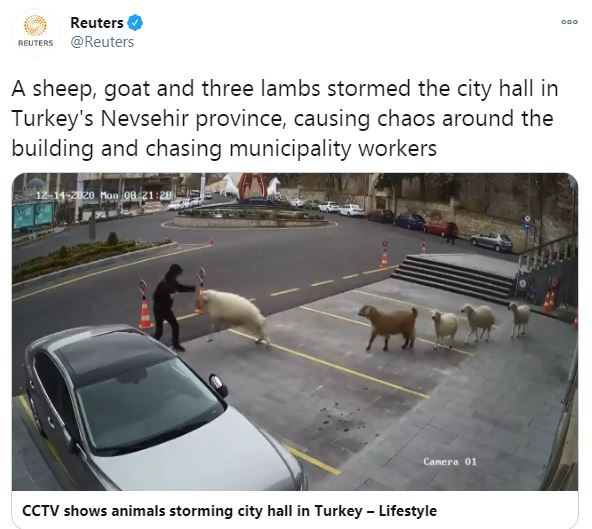 Screenshot of CCTV video posted on Twitter of the hooved gang. /@Reuters

Screenshot of CCTV video posted on Twitter of the hooved gang. /@Reuters

CCTV footage, which was posted by the town's mayor on Twitter on Tuesday and has since gone viral, captured the hooved gang in action as it charged people, causing them to run for cover.

The sheep, unusually, appeared to be the gang's ringleader, with the goat as its second in command. The lambs, true to form, stayed back and mostly observed from a distance.

Neither humans nor animals seem to have been harmed in the encounter and matters appear to have calmed down.

In a later tweet, Mayor Rasim Ari posted pictures of himself meeting the animals and said negotiations with the gang had been successful. 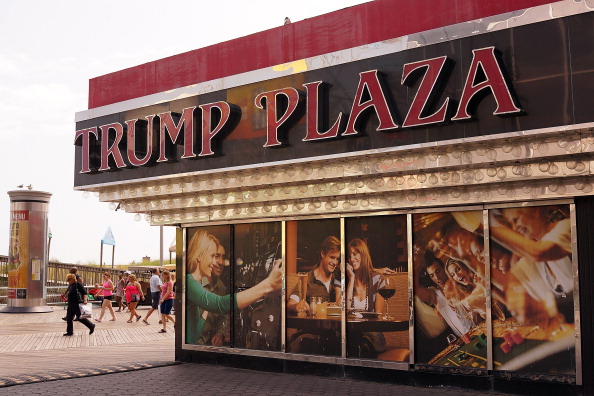 Feel like blowing up one of Donald Trump's former casinos? Now's your chance.

Atlantic City, New Jersey, is looking for candidates to bring down the former Trump Plaza Hotel and Casino on January 29.

"We are selling the experience to push the button to implode Trump Plaza," an auction house hired by the city announced. "This will be done remotely and can be done anywhere in the world as well as close to the Plaza as we can safely get you there!" it added.

The Trump Plaza Hotel and Casino, one of three casinos once owned by Trump in Atlantic City, closed in 2014 but remained standing along the city's famous boardwalk. Demolition work began earlier this year after the building started falling apart.

Mayor Marty Small said he hoped bidding would top $1 million, which will go to a non-profit organization helping children and teenagers.

"Some of Atlantic City's iconic moments happened there, but on his way out, Donald Trump openly mocked Atlantic City, saying he made a lot of money and then got out," Small told AP. "I wanted to use the demolition of this place to raise money for charity."