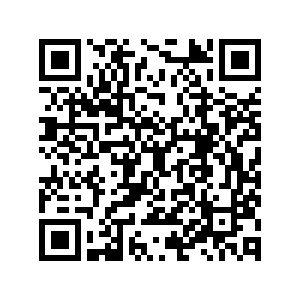 Giant pandas can always melt our hearts. They are adorable and precious. In 2020, CGTN has covered many news related to pandas. Here are some of the some best ones. 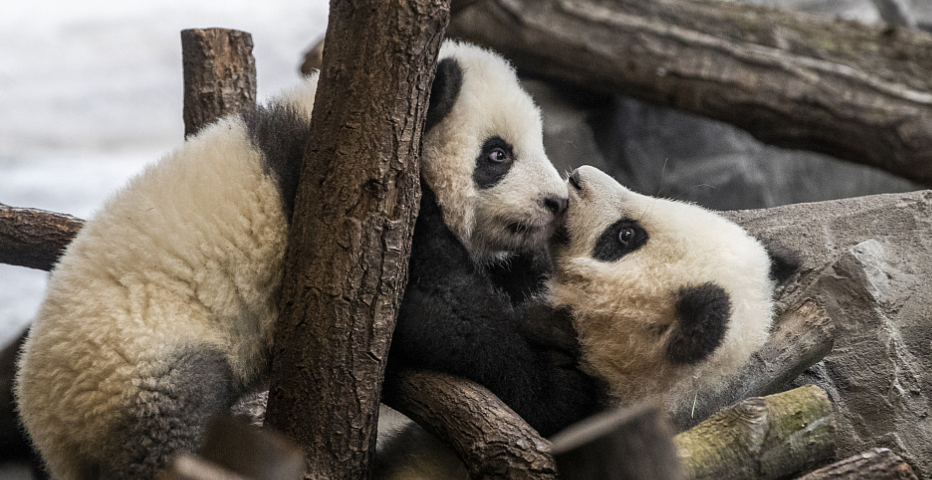 Five-month-old twin panda cubs Meng Xiang and Meng Yuan, both male, made their first public appearance at the Berlin Zoo on January 30, 2020 in Germany. 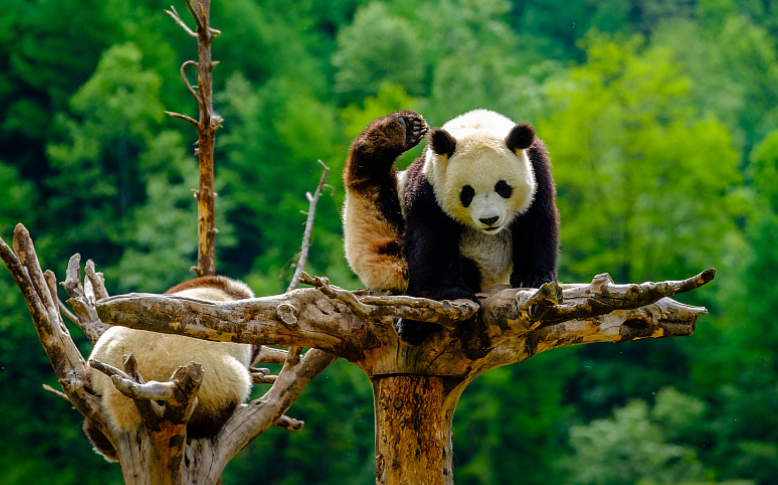 A surveillance camera captured a two-year-old female panda, named Xiao Xin, falling onto the ground after trying to climb a cliff in a panda base in Foping County of Hanzhong City, northwest China's Shaanxi Province in March. 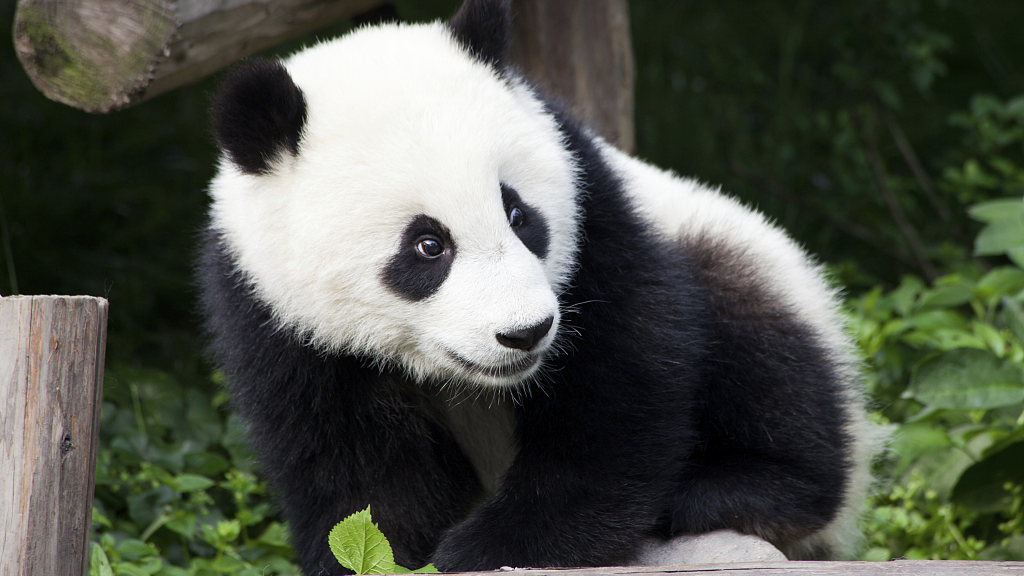 Wu Wen, a giant panda loaned to a Dutch zoo by China, has given birth in a first for the Netherlands. Mating took place in January and the cub, which belongs to Beijing just like the mother and father Xing Ya, was born on May 1. 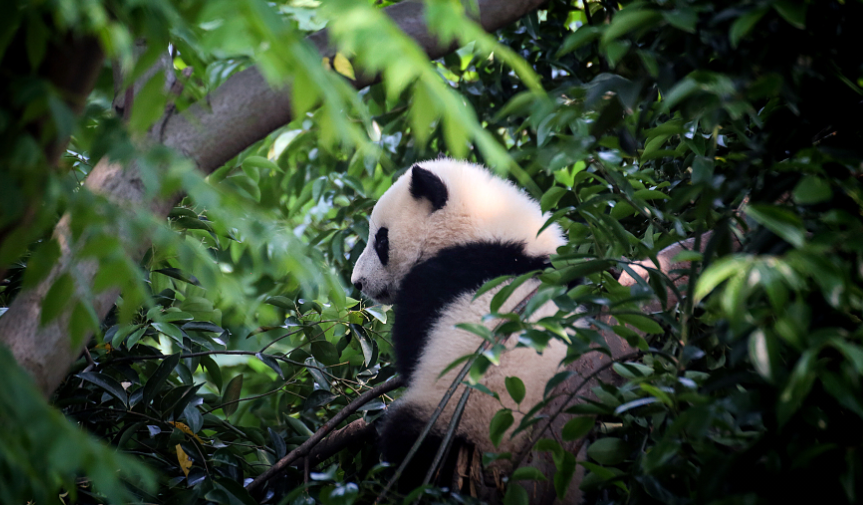 Infrared cameras installed in the Wujiao Nature Reserve in southwest China's Sichuan Province captured footage of a wild giant panda marking its territory by rubbing its buttocks against a tree in May. The cameras were installed for wildlife monitoring. 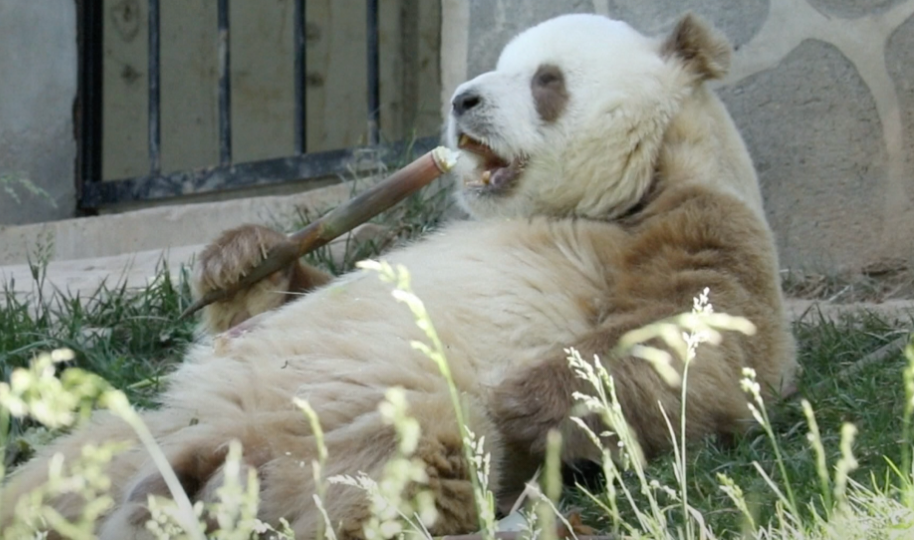 The world's only captive brown giant panda, Qi Zai, had a ball at the Qinling Research Center of Giant Panda Breeding in northwest China's Shaanxi Province. The Qinling Mountains is the only region with brown giant pandas. Only five wild brown pandas have been discovered in the mountain range since 1985. 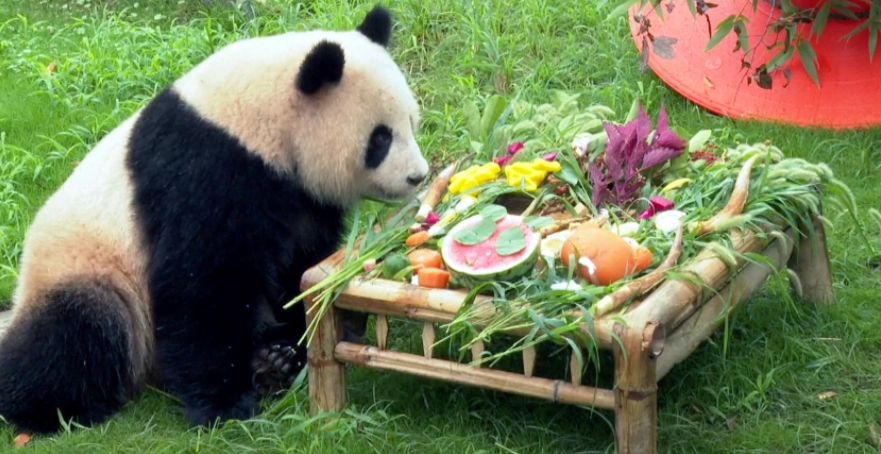 Giant panda Qi Qi celebrated her second birthday with a joyous feast on July 17th. She was born weighing only 165 grams but is now over 67 kilograms and in good health. 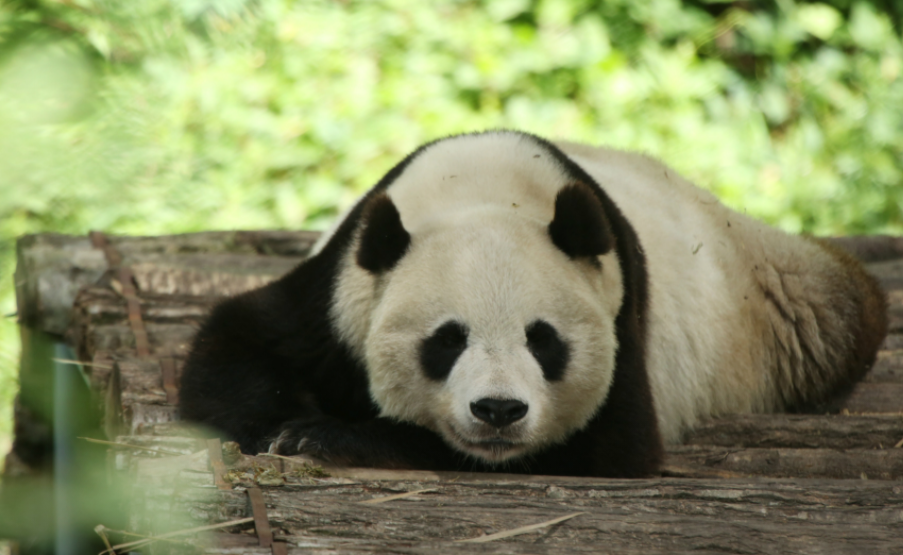 The newborn pandas are all females and growing fast. As the mothers were tired after delivery, staff of the breeding center put the babies into the incubators. 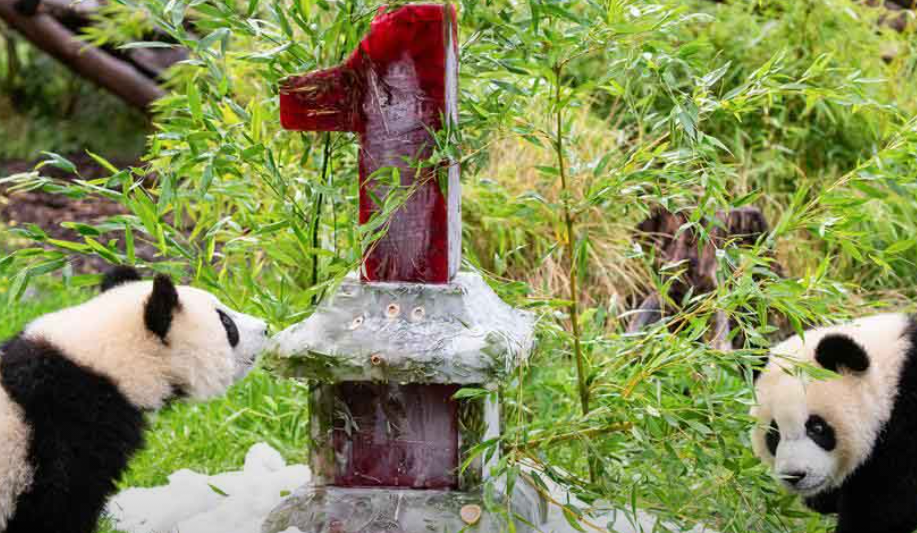 Twin panda cubs Meng Xiang and Meng Yuan celebrated their first birthday at the Berlin Zoo on August 31. The cubs were the first to be born in Germany and have become a star attraction since their public debut in January. 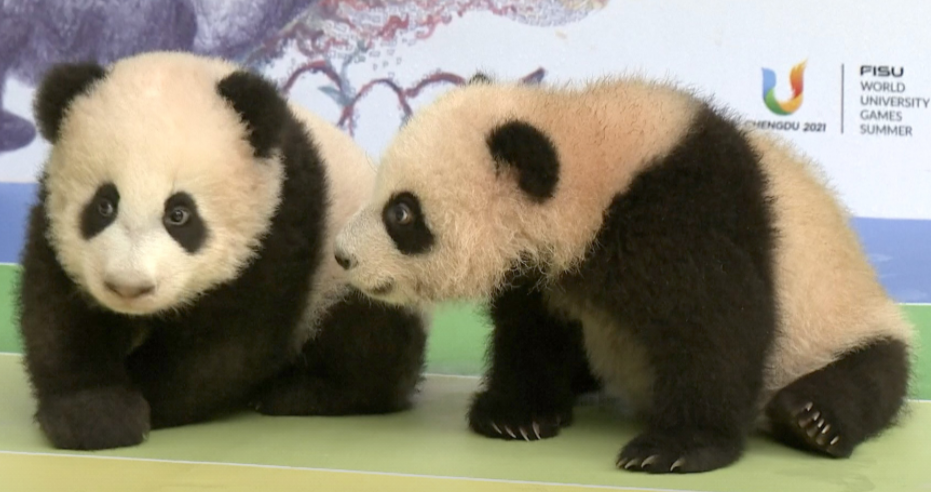 A grand public debut of seven giant panda cubs was held by the Chengdu Research Base of Giant Panda Breeding and the executive committee of the Chengdu 2021 Summer World University Games in southwest China's Sichuan Province on September 30. The cubs showed how much they had grown on a sprint track and award stage. 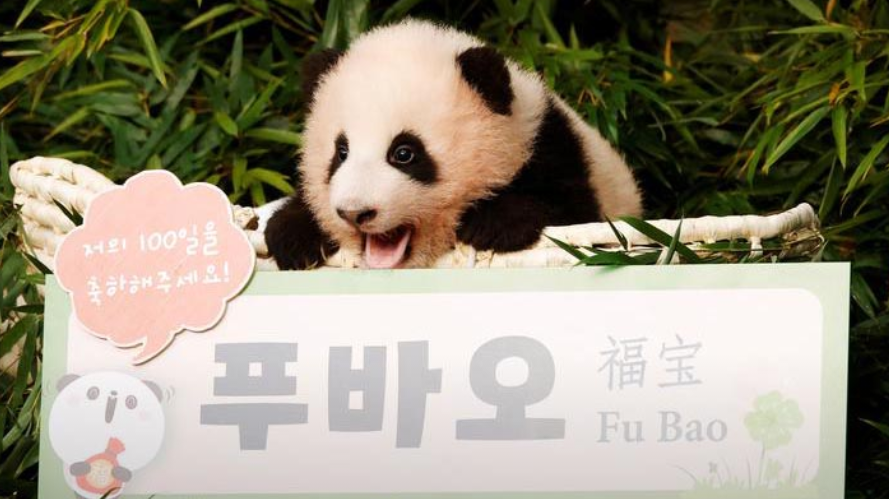 South Korea has welcomed its first locally born panda in November. Fu Bao, which means "lucky treasure" in Chinese, made her public appearance on her 100th day. Her parents arrived from southwest China's Sichuan Province in 2016 on a 15-year loan. Zoo keepers say Fu Bao will be sent to China in about four years. 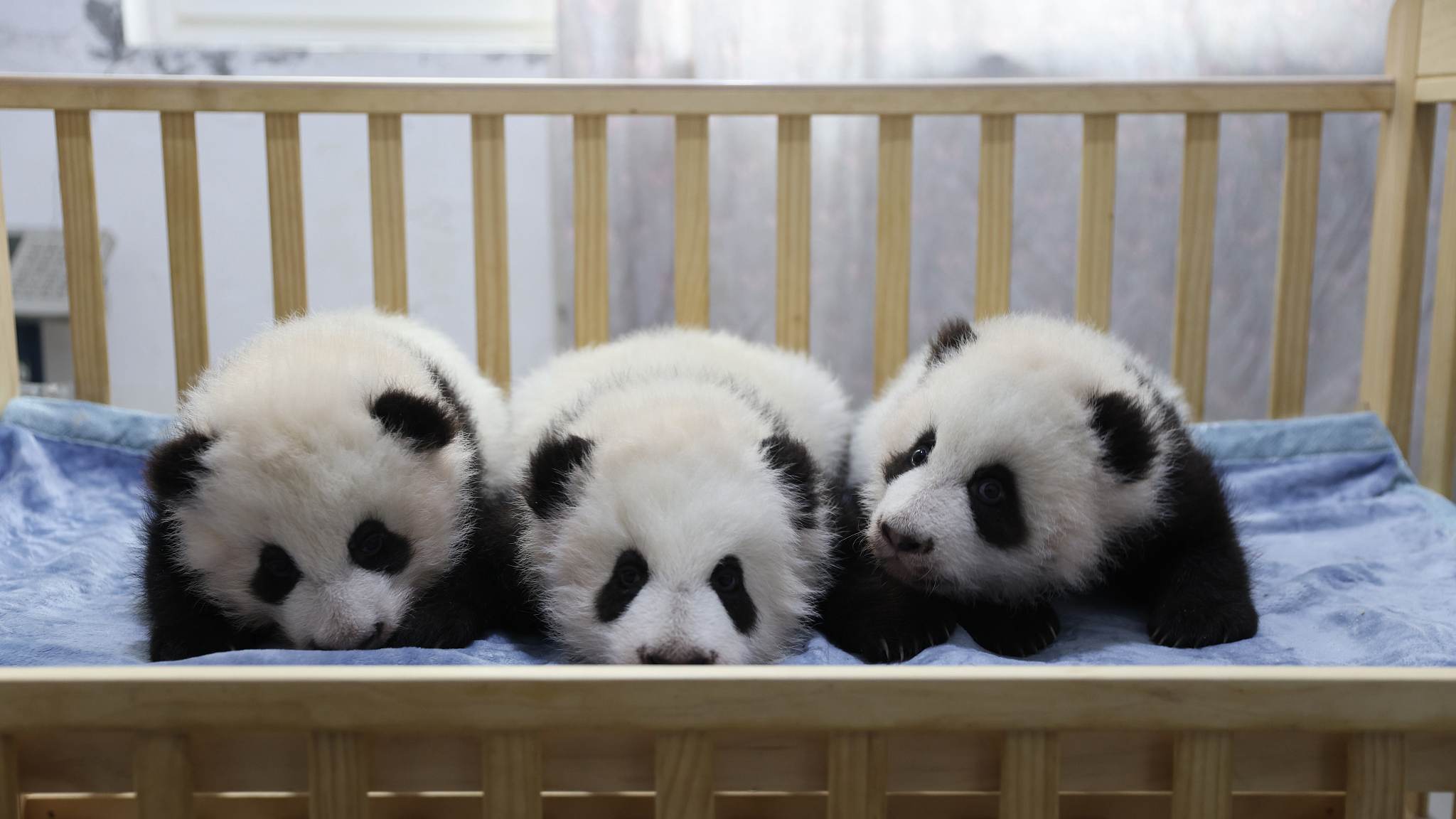