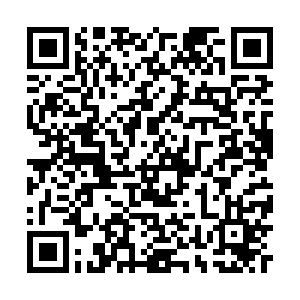 Members of China's top leadership reached consensus, and highlighted China's economic performance in 2020 despite challenges due to the pandemic, at a two-day meeting, which concluded on Friday.

The Communist Party of China (CPC) Central Committee with Xi Jinping at its core, has united the Chinese people of all ethnic groups to face down the risks and challenges rarely seen in history and has led them to a decisive victory in building a moderately prosperous society in all respects and winning the battle against poverty, said a statement issued after the "democratic life meeting."

"The democratic life meeting," a long-time CPC tradition, saw members of the Political Bureau of the CPC Central Committee reflect on their own performance and criticize themselves and each other.

In this unique year, China has faced challenges posed by COVID-19, unprecedented floods and the change of external environment, which hit the country's economic development, the statement said.

"Through strenuous efforts, the country's epidemic prevention and control has achieved significant strategic results, the economic growth rate turned from negative to positive, the task of poverty alleviation was completed as scheduled, new progress was made in all aspects of work and the general situation of society remained stable as well."

The meeting also noted that Political Bureau members must increase political capabilities and maintain close ties with the people.

Xi Jinping, general secretary of the CPC Central Committee, presided over the meeting and delivered a speech.

The two-day meeting began with reviewing a report on the implementation of the eight-point decision on improving conduct by the Political Bureau in 2019 and another report on addressing the practice of formalities for formalities' sake.

Then Political Bureau members spoke one by one, examining themselves in aspects such as ideals and convictions, political integrity, sense of responsibility, and serving the people.

Xi stressed that members of the Political Bureau of the CPC Central Committee must cultivate their self-discipline, and take a lead in promoting clean governance and opposing privileges.

He told them to make "staying true to our founding mission" a life-long task, saying the fundamental reason behind the remarkable achievements of the CPC over the past nearly 100 years is that the Party has always stayed true to its original aspiration and founding mission — to seek happiness for the Chinese people and rejuvenation for the Chinese nation.

The CPC released the eight-point decision in 2012, specifying details of dos and don'ts for senior leaders, such as "no welcome banner, no red carpet, no floral arrangement or grand receptions for officials' visits."

Since then China has been keeping high pressure on violations of the Party's code of conducts. A total of 194,124 officials and civil servants were punished last year.

Embarking on a new journey

"In line with CPC Central Committee's proposals for formulating the 14th FYP and future targets for 2035, we should closely follow the theme of high-quality development on the basis of new development stage, implement the new development concept, and promote the construction of a new development pattern."

China will start its 14th FYP period and step on new journey to fully build a modern socialist China next year, while the CPC also marks its 100th founding anniversary next year.

What is China's 14th Five-Year Plan all about?