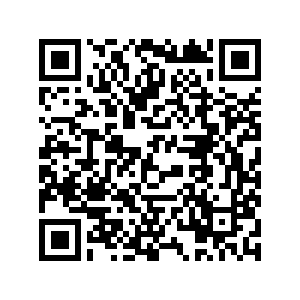 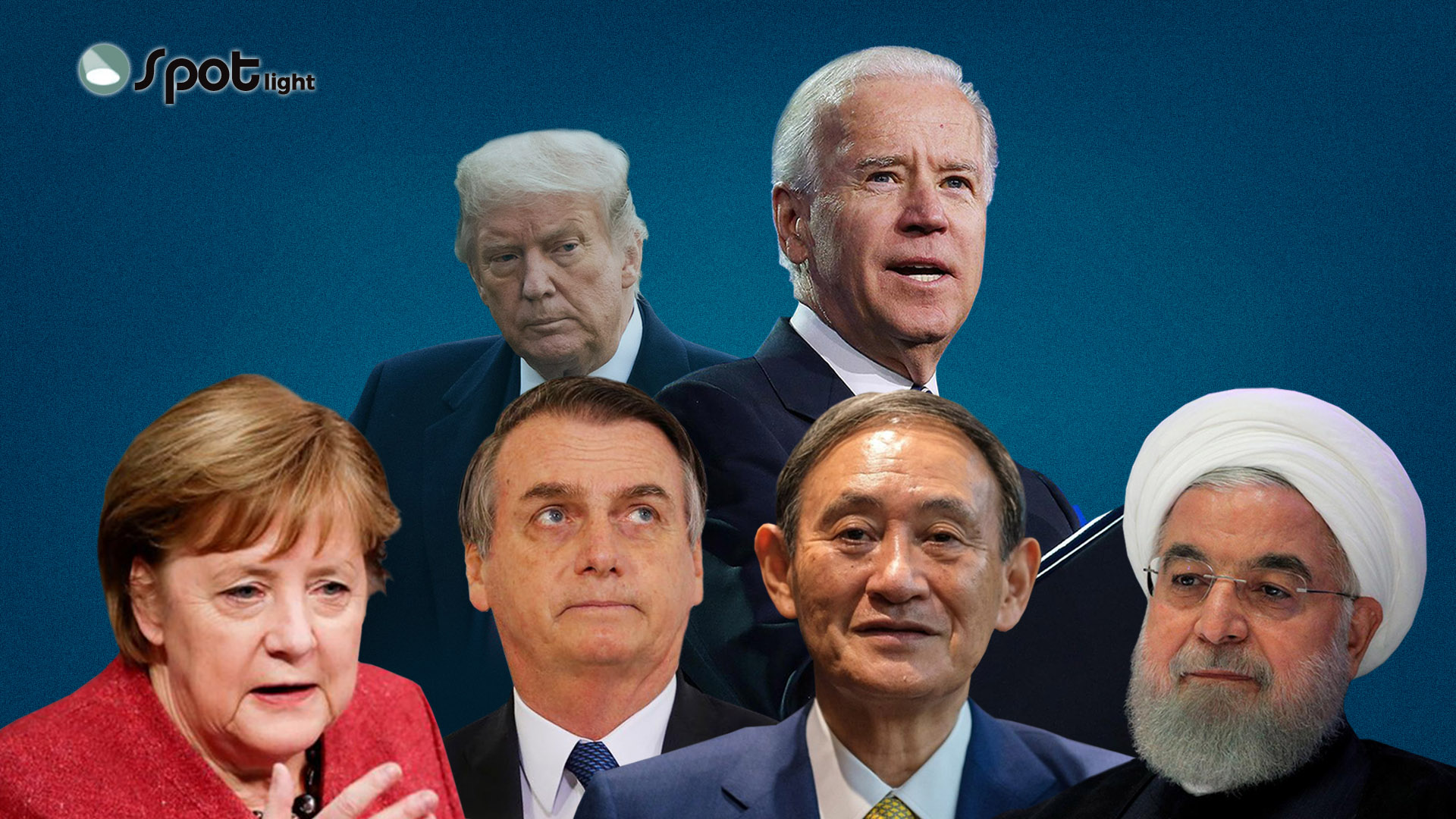 While 2020 has been a challenging year for everyone, it has been especially trying for world leaders, who have had their character and wisdom tested. Their actions are particularly important in deciding how many world-shaping events will play out in the upcoming year, including the handling of the economic fallout from the pandemic, cooperation on climate change, tensions between major world powers and most importantly, the rollout of COVID-19 vaccines.

Here, we take a look at five politicians whose fate will probably be reshaped in 2021 and whose actions will likely dramatically impact the current geopolitical landscape. 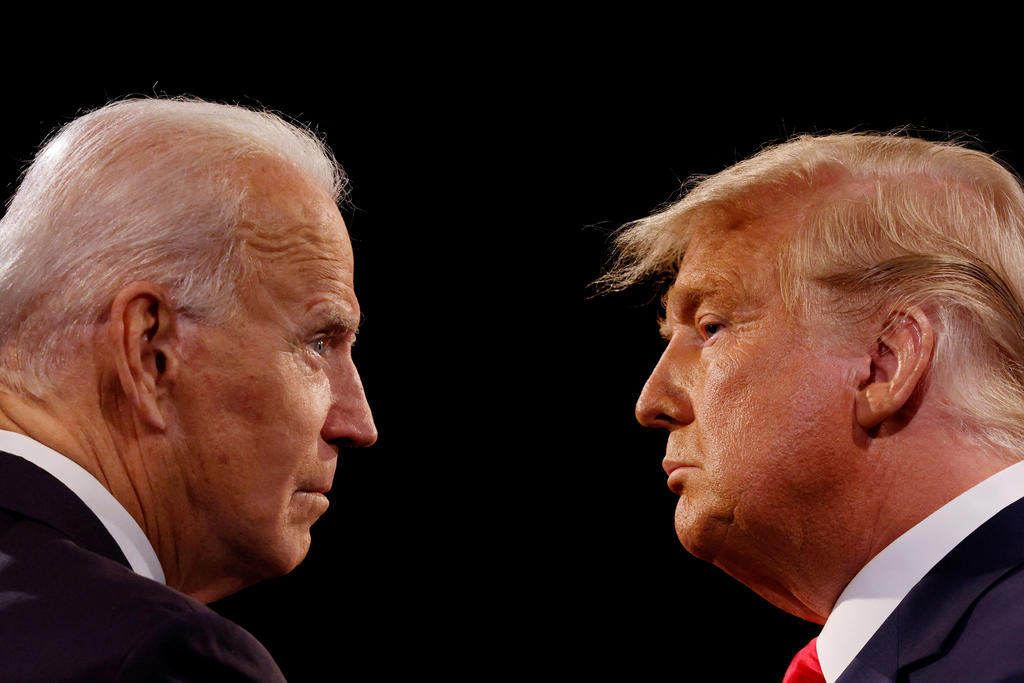 A composite photo of Joe Biden and Donald Trump /Reuters

A composite photo of Joe Biden and Donald Trump /Reuters

Joe Biden: A veteran stepping out of Trump's shadow

Joe Biden will fulfill a dream dating back more than half a century on January 20: taking over as president of the United States. But he will move into the White House in the shadows of the two men who held the office before him, Donald Trump and Barack Obama, and with little time to fashion a legacy of his own.

Much will depend on whether the Democratic candidates in Georgia's Senate runoff elections can win on January 5. The former vice president needs victories in both races for control of the Senate to prevent Mitch McConnell from retaining his considerable power. A loss in either would limit the scope of the new president's ambitions and probably lead to extensive use of executive orders.

The 78-year-old has waved away suggestions his administration will effectively be a third Obama term, but a major early success would help show he's his own man. And while there are many Obama alumni on his team, the challenges are very different to those they left behind in 2017.

Four years on, for better or for worse, Trump has changed the United States. The country is ever more polarized, has largely withdrawn from attempts at global leadership and suffered the brunt of COVID-19. Biden aims to find consensus, restore U.S. alliances and contain the pandemic, but all are major tests for a president whose influence is likely to wane after the 2022 midterms.

And even as Biden prepares to move into the White House, the defeated Republican continues to eat up the media oxygen – he's likely to remain a thorn in the new president's side. The Democrat will be desperate not to waste a minute of his first year however, and a blitz of action in his first 100 days is probable. 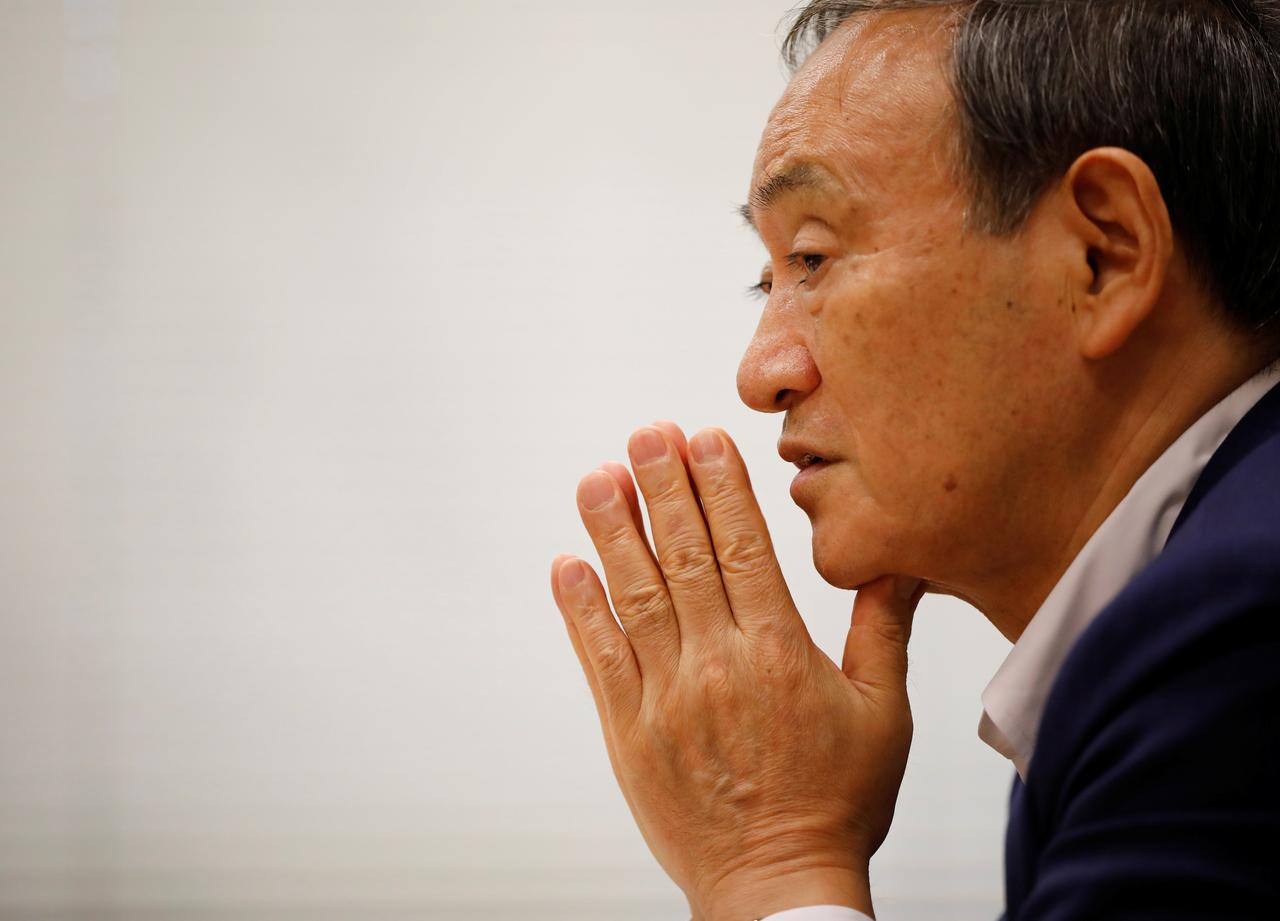 Yoshihide Suga during an interview with Reuters in Tokyo, Japan, August 26, 2020. /Reuters

Yoshihide Suga during an interview with Reuters in Tokyo, Japan, August 26, 2020. /Reuters

The 99th prime minister of Japan surged into prominence in September with a landslide victory in the ruling Liberal Democratic Party elections following Shinzo Abe's abrupt resignation. The long-time shadowy fixer for Abe logged as high as 74 percent of public support when he assumed office. But that figure may have set expectations a little too high for Suga – known as a competent political veteran.

Suga's popularity dipped to 38 percent in a recent poll, largely stemming from public discontent with his handling of the pandemic, in particular due to the sudden resurgence of COVID-19 cases. "It's been a tough time for Suga over the past months since September 19," Da Zhigang, a veteran observer of Japanese politics, told CGTN. "If the approval rating continues to plummet below 30 percent, he may choose early resignation." If so, the uncertainty brought by short-lived premierships before Abe would return."

One of the most pronounced consequences of the unfolding pandemic is the battering of the world's third largest economy. Its GDP shrank 27.8 percent in the second quarter of 2020, registering the steepest fall in the post-WWII era. While a glimmer of hope has returned in the third quarter, when the economy rebounded five percent, mainly fueled by an uptick in consumption, rising COVID-19 cases might ruin this hard-earned progress. That will again put Suga in a dilemma to contain the virus spread amid the appearance of virus variants or to buoy the battered economy. Suga has halted the "Go To" domestic tourism campaign after a record high number of daily infections, while grievances among businesspeople have grown.

Looking to 2021, the quagmire facing Suga's cabinet will continue, at least for a while, in addition to questions on whether he can deliver on the promise of holding the Tokyo Olympics. Plus, it's unlikely that he'll call an early dissolution of the House of Representatives for next year's election, according to Da.

Read more: In The Spotlight: From farmer's boy to Tokyo pinnacle: The rise of Yoshihide Suga 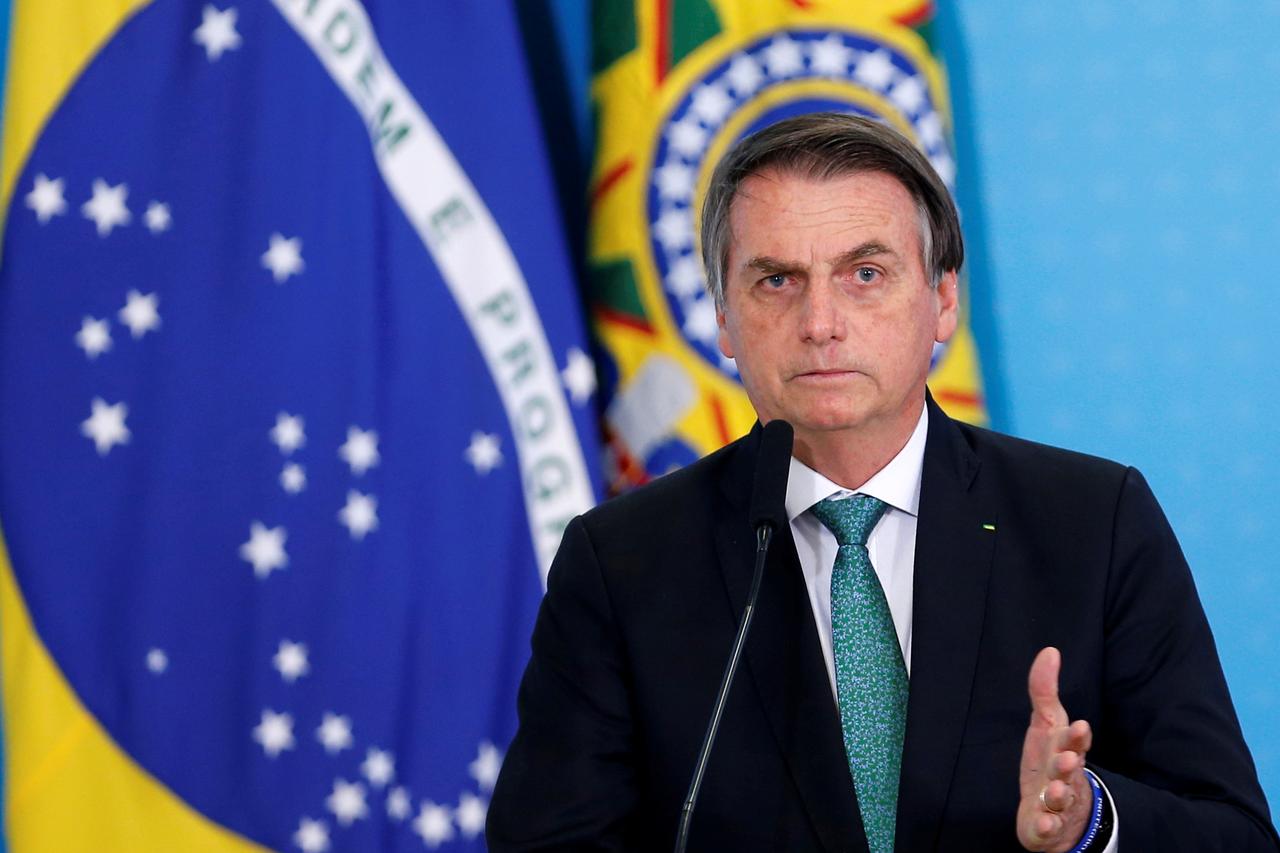 Riding on a wave of global populism, Jair Bolsonaro was sworn in as president of Brazil on January 2019. As an open admirer of U.S. President Donald Trump, Bolsonaro took Brazil in a hard-right turn and pushed for a series of policies that strengthened the role of law enforcement, the military and religion. He also advocated for gun rights for "all honest citizens" to protect themselves and fought against the LGBT movement.

Two of the things to look for in 2021 would be Bolsonaro's position on COVID-19 and the country's worsened environmental condition. Under Bolsonaro's leadership, Brazil now has the third-highest number of COVID-19 cases behind the U.S. and India, with roughly 7.5 million people infected. The populist leader, who was among those infected by COVID-19, also publicly suggested that its vaccines could turn people into "crocodiles" and "bearded ladies."

As a pro-business leader, Bolsonaro also relaxed regulations for businesses at the expense of indigenous people and the country's incredible natural resources. In 2019, the Amazon rainforest – one of the most biodiverse areas on the planet – was ravaged by one of the biggest wildfires in recorded history. The cause was continued land-clearing operations by the logging and cattle industries which became a significant issue since the 1970s.

Legislations pushed by Bolsonaro has encouraged businesses to invade the lands of the indigenous people native to the Amazon. As of now, the Brazilian government is planning to bulldoze a 94-mile or 150-kilometer highway through a biodiverse corner of the Amazon that is home to at least three indigenous communities. 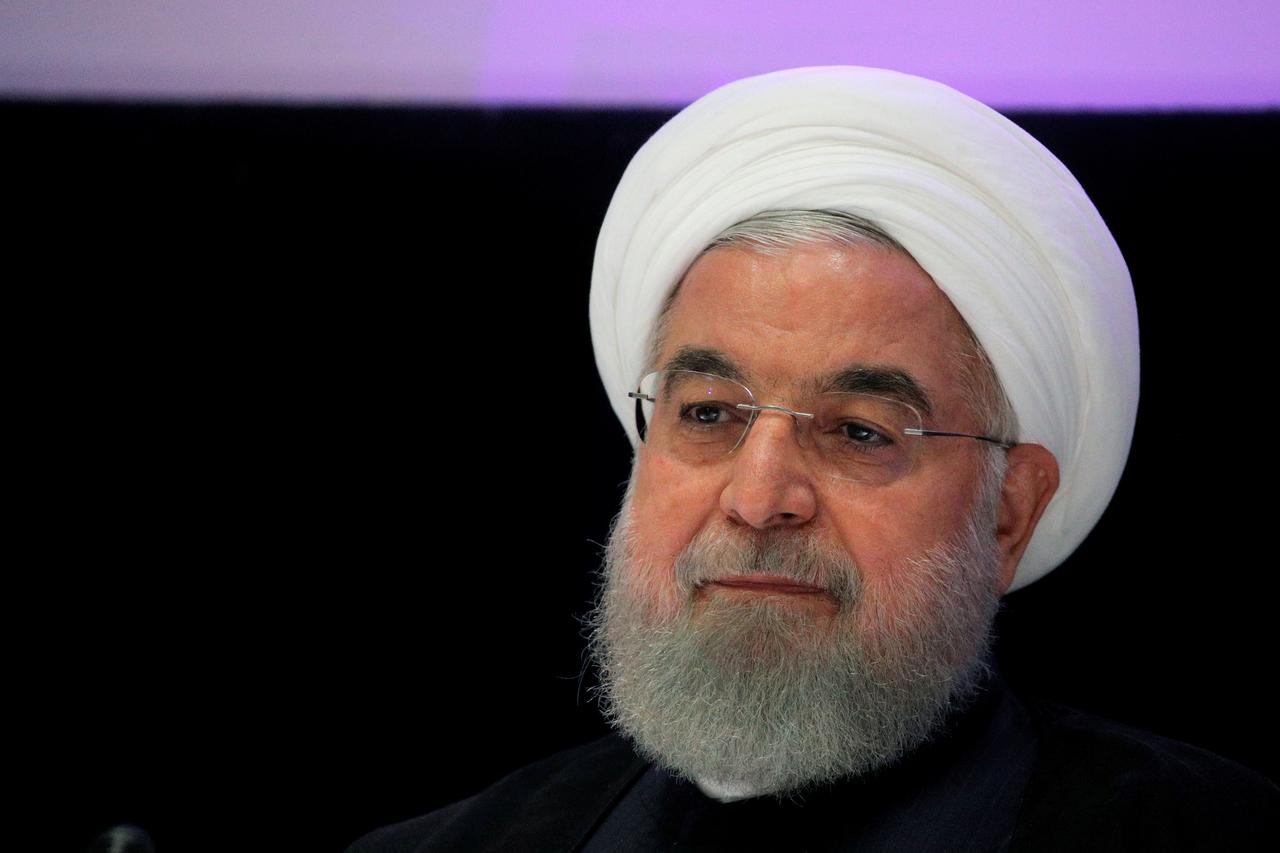 Iran's election is half a year away. Because Rouhani is constitutionally forbidden to run for a third term, he is left with little time to fulfill the single most important task that can define his legacy: the Iran nuclear deal.

Though U.S. President Donald Trump withdrew from the deal in 2018, it now faces the prospect of being revived as the incoming Biden administration has signaled its intention to return to the deal. But a mountain of obstacles loom over the horizon and how Rouhani will navigate them is key.

A zealous advocate of the deal, Rouhani has been the subject of constant criticism from Iran's hardliners ever since it was signed, and the U.S. withdrawal has further reinforced the pressure he is under. Though determined to turn the whole thing over, Rouhani, with his legacy on the line, is now confronted with rising hostility towards the U.S. as well as a desire to avoid another embarrassment.

Since the president does not have the final say over nuclear policies, he will have to convince Supreme Leader Ali Khamenei to take a softer stance while trying to meet Joe Biden halfway in any future negotiations.

It is not just about the president's personal achievement. Whether Rouhani can succeed in reviving the deal can also determine the future trajectory of the moderate, conservative wing he represents in the country. Were they to prevail in the context of global isolation, Iran could be on course to reengage with the world. 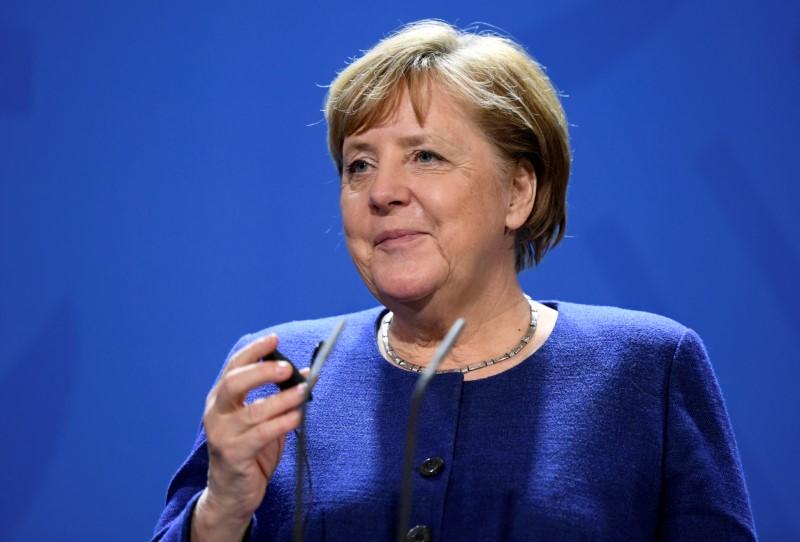 German Chancellor Angela Merkel holds a joint news conference with the head of the EU Presidency and Croatian Prime Minister Andrej Plenkovic at the Chancellary in Berlin, Germany, January 16, 2020. /Reuters

German Chancellor Angela Merkel holds a joint news conference with the head of the EU Presidency and Croatian Prime Minister Andrej Plenkovic at the Chancellary in Berlin, Germany, January 16, 2020. /Reuters

Angela Merkel: Heading for the exit, leaving a leadership void

Through Europe's trials and tribulations over the past 15 years — the financial, eurozone, immigration and COVID-19 crises — there has been one constant: Angela Merkel. The German chancellor has been in office since 2005, guiding the continent's biggest economy and often pushing, pulling or holding together the European Union. But by the end of 2021, she will be gone.

The 66-year-old has said she will step down as chancellor after the federal elections scheduled for September, potentially leaving a leadership void in both Germany and the EU. Who, if anyone, can replicate her influence is unclear — and that vacuum will likely help her avoid lame duck status.

Armin Laschet, Friedrich Merz and Norbert Röttgen have thrown their hats in the ring to take on the leadership of the Christian Democratic Union, Germany's biggest party, though polls suggest Jens Spahn, the country's 40-year-old health minister, is a more popular figure among the public. The leading contender from the left is Olaf Scholz, the Social Democrat finance minister, who, like Spahn, has been praised for his performance during the pandemic.

Given the size of the German economy, Merkel's replacement will also be a powerful influence in the EU. The bloc's other big beast, France, is gearing up for presidential elections in early 2022 and with a growing tide of euroskepticism, Emmanuel Macron may take some hardline stances to counter a challenge from the far-right Marine Le Pen. Another German is already having a big impact in Brussels — Ursula von der Leyen, the European Commission president.

Read more: Who will succeed Merkel?