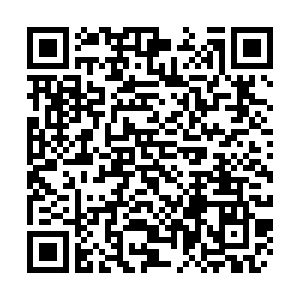 Wu said the U.S. provocation has sent wrong signals to the "Taiwan independence" forces and seriously endangered the peace and stability of the region.

"The Chinese People's Liberation Army maintains a high level of alertness at all times, responds to all threats and provocations at all times, and resolutely defends national sovereignty and territorial integrity," the ministry said in a statement, denouncing the U.S. move as a "provocation."

It was the second such move of the U.S. this month.

On the night of December 18, U.S. warship USS Mustin sailed through the Taiwan Straits. The Chinese People's Liberation Army (PLA) naval and aerial forces closely followed and monitored the warship, according to Senior Colonel Zhang Chunhui, a spokesperson for the PLA Eastern Theater Command.

Commenting on the incident on December 19, Zhang said China firmly opposes the recent passage of U.S. warships through the Taiwan Straits, warning that the U.S. moves undermine the peace and stability of the region.

A Chinese aircraft carrier, the Shandong, passed through the Taiwan Straits on December 20 to conduct training in the South China Sea.

The Chinese Foreign Ministry has repeatedly urged the United States to abide by the one-China principle and deal with Taiwan-related matters in a way that does not undermine China-U.S. relations or stability in the region.

Chinese Foreign Ministry spokesperson Wang Wenbin on Thursday echoed the words, urging the U.S. side to play a constructive role in defending regional peace and stability instead of sending the wrong signal to the "Taiwan independence" forces to disturb the situation.