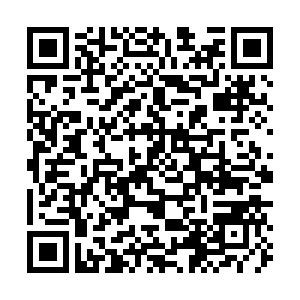 Tuesday marks the fifth anniversary of a landmark symposium on improving the development of the Yangtze River Economic Belt, the first of its kind, chaired by Chinese President Xi Jinping.

The region is now set to be among the driving forces spearheading the country's high-quality development in a new era. 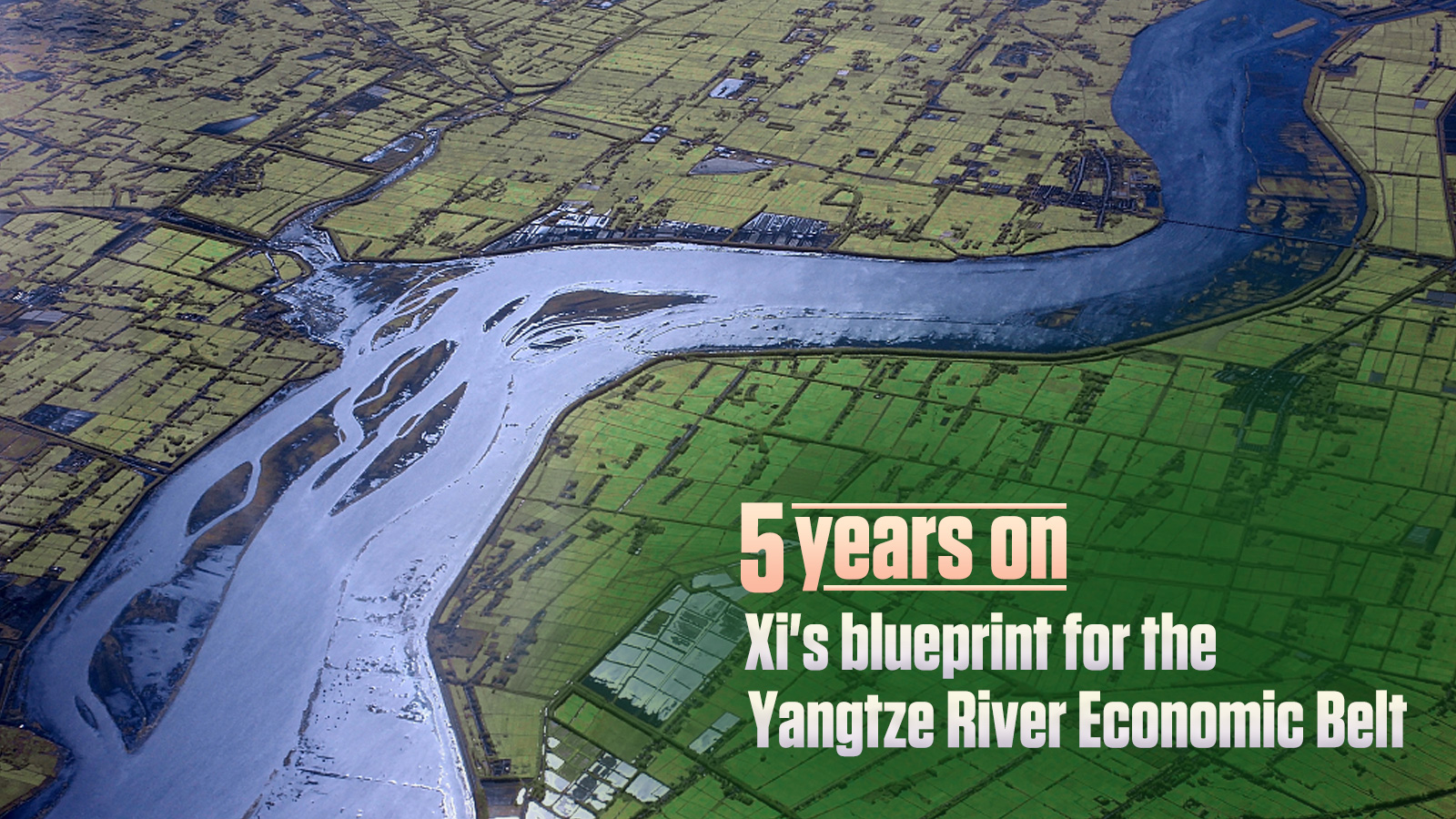 At a meeting in November last year, the Chinese president called for all-round development of the economic belt to make it a pioneer in green growth, the new "dual circulation" development paradigm and high-quality development.

"Five years on… the ecological conservation of the Yangtze River Economic Belt has undergone transformative changes and its economic and social development made historical achievements," said Xi at the symposium in Nanjing, a city in the lower reaches of the Yangtze River, China's longest river.

The economic belt consists of 11 provinces and municipalities, from coastal regions Jiangsu and Shanghai to inland Sichuan and Chongqing. Official data shows that the region covers 40 percent of the country's population and accounts for over 40 percent of the national gross domestic product (GDP).

Over the five years, Xi has chaired three themed symposiums. The first two were held in southwestern Chongqing Municipality in January 2016 and the city of Wuhan in April 2018, in the upper and middle reaches of the Yangtze River, respectively. 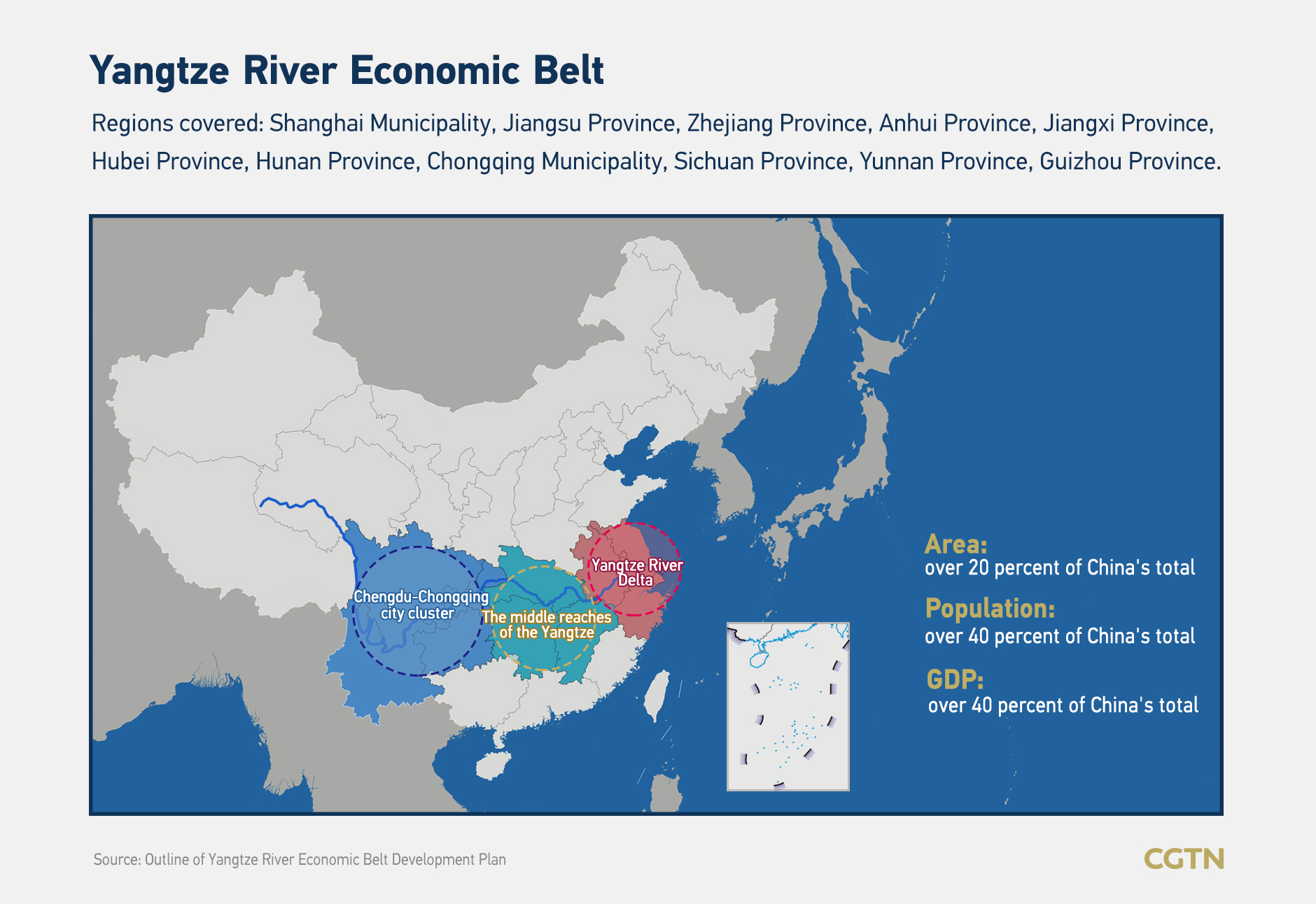 Protection of the ecological system

Since the first symposium, Xi has been stressing the protection of the ecological system in the region as the foremost task in the long term as he warned against uncontrolled exploitation.

He said that considering the "strategic importance" of the Yangtze River and the economic belt, it is necessary to prioritize the ecology and insist on "green growth" strategic positioning while advancing development.

In response, authorities across China rolled out a series of measures, including preventing water pollution, restricting shipping and patrolling nature reserves.

China in 2019 unveiled an action plan to protect and restore the Yangtze River with goals including eliminating more than 90 percent of "dark and odorous" water bodies in cities at or above the prefectural level in the economic belt by the end of 2020.

In April last year, the Chinese government released a guideline on improving the sewage treatment charging mechanism to promote green development in the economic belt.

Most recently, Xi pointed out that protecting and repairing the ecological system should be systematically carried out by first identifying and addressing the root of the problems, and the governments in the river's upper, middle and lower reaches should overcome administrative barriers in restoring the ecology in a coordinated manner. 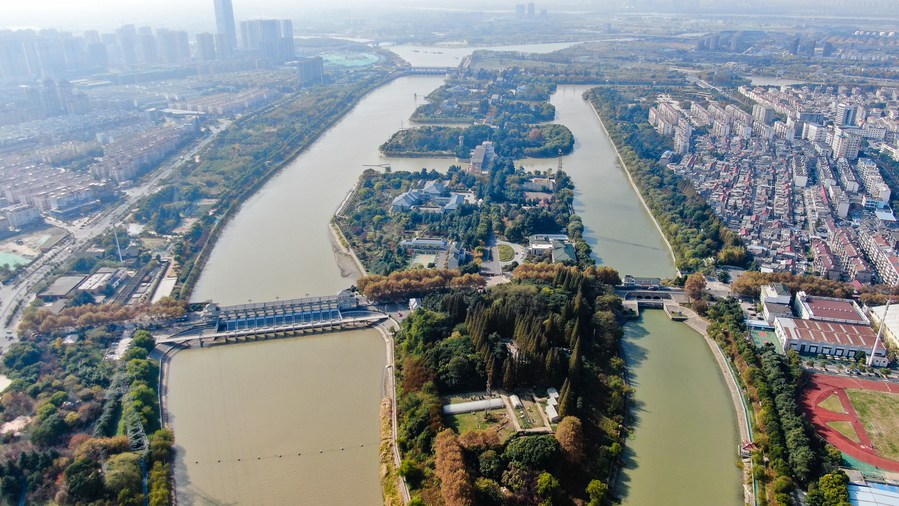 It was his first domestic inspection tour after the fifth plenary session of the 19th CPC Central Committee that unveiled a blueprint for China's development in the next 15 years.

Xi said at the most recent symposium that the development of the Yangtze River Economic Belt is key to the national development strategy, which now focuses on the new "dual circulation" development paradigm.

The river is China's longest waterway and the world's busiest inner waterway in terms of cargo flow. The Yangtze River Economic Belt is home to many of the country's free trade zones and the main convergence zone of the Belt and Road in China, playing an important role in coordinating the opening up of coastal, river, border and inland areas.

The Chinese president has previously pointed out that there is still uneven development in the Yangtze River basin and recently called for the coordinated development of different reaches of the river.

Coastal provinces and cities should also find their role in the new development pattern, Xi added. 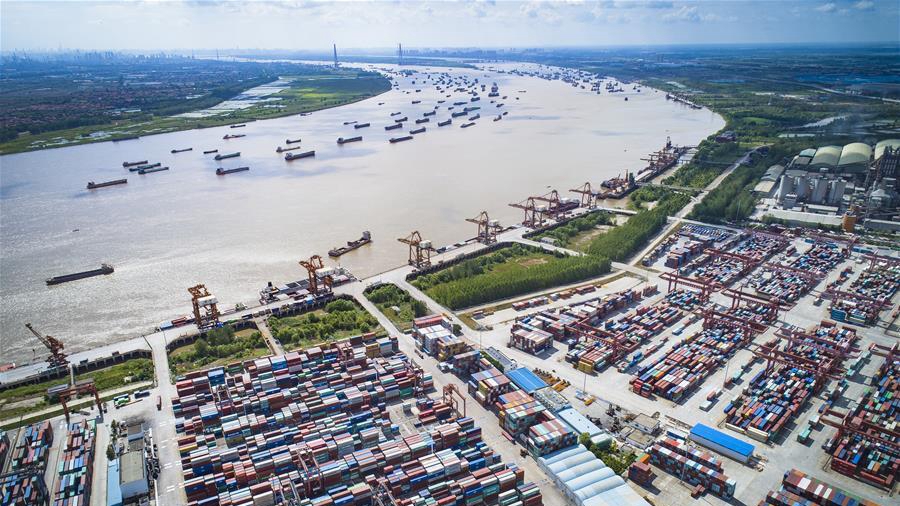 On the development of the Yangtze River Economic Belt, Xi has pointed out that the focus should be on the real economy, while nurturing innovation and seeking breakthroughs in key technologies.

"We should take bold steps in innovation and focus on the real economy to boost economic development," Xi said, stressing the need to speed up the upgrading of the industrial base and the modernization of the industrial chain.

He also urged efforts to strengthen the dominant position of enterprises in innovation, foster advanced manufacturing clusters with international competitiveness, and build independent, controllable, safe and efficient industrial and supply chains that serve the whole country.

In-depth research should also be conducted on key issues that currently constrain the development of the Yangtze River Economic Belt, he added.

Looking back in 2020, provinces and municipalities along the Yangtze River have done a good job in handling the COVID-19 epidemic and coping with the shocks brought by huge floods as well as external environmental changes, making a prominent contribution for China to first restore positive growth among major economies, Xi said.

Moving forward, he called for writing a new chapter in advancing these development goals, turning the Yangtze River Economic Belt into the country's main battlefield for green development, the main artery for smooth "dual circulation" of domestic and international markets, and the main force spearheading high-quality economic development.