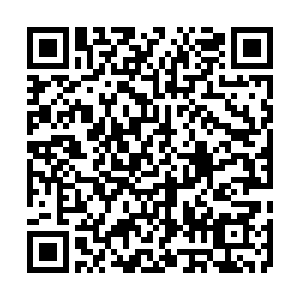 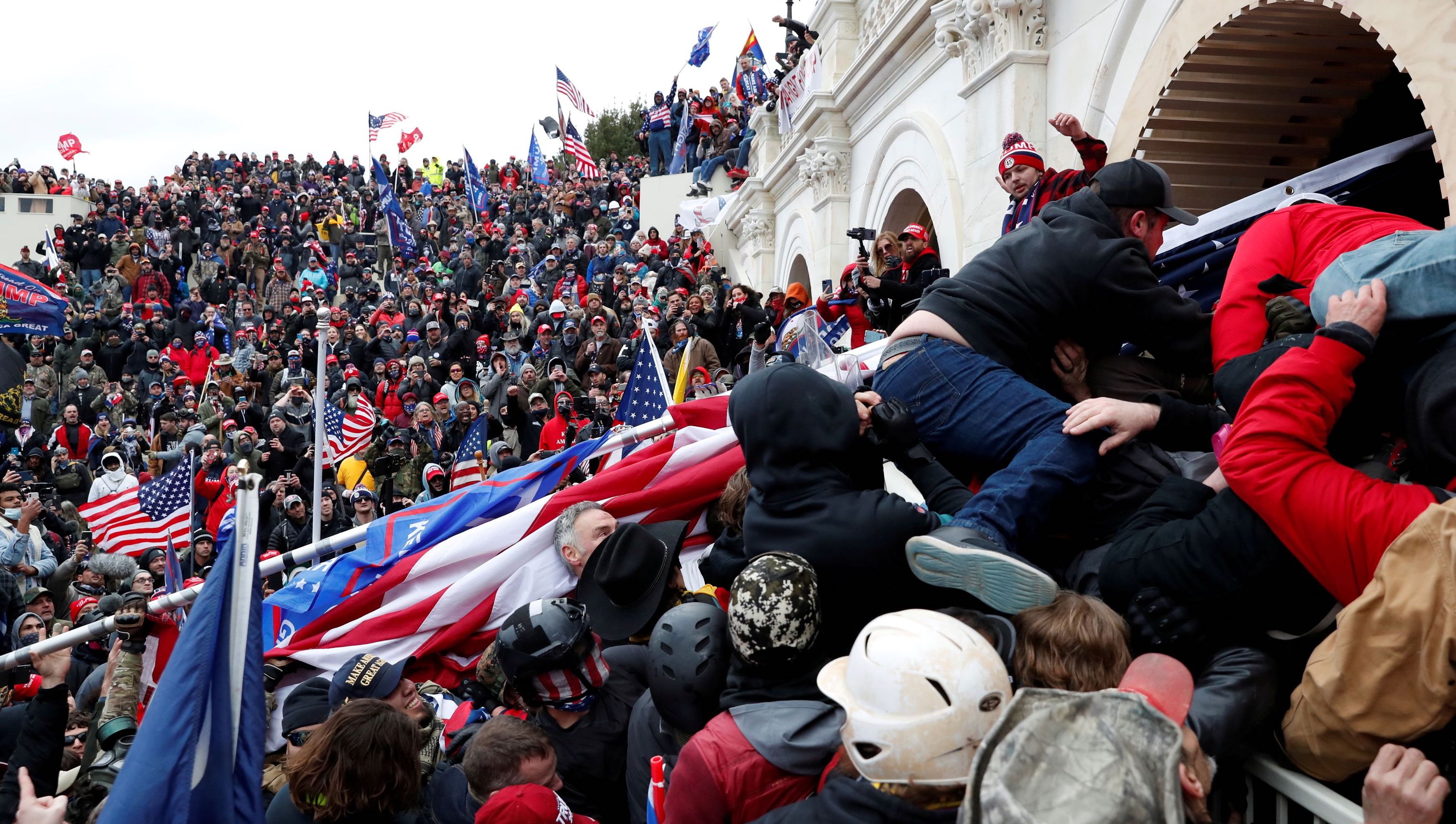 The U.S. Congress formally certified Joe Biden as the next U.S. president on Thursday, dealing a hammer blow to Donald Trump whose supporters stormed the Capitol hours earlier, leading to an unprecedented suspension of the certification.

After debate, the Senate and the House of Representatives successfully beat back Republican efforts to deny Biden by rejecting two objections to the tally and certified the final Electoral College vote.

The affirmation of Biden's 306-232 victory over Trump in November essentially closes the door on the unparalleled and deeply controversial effort by Trump and his loyalists to overturn the results of the 2020 election.

Vice President Mike Pence, in declaring the final vote totals behind Biden's victory, said this "shall be deemed a sufficient declaration of the persons elected president and vice president of the United States." 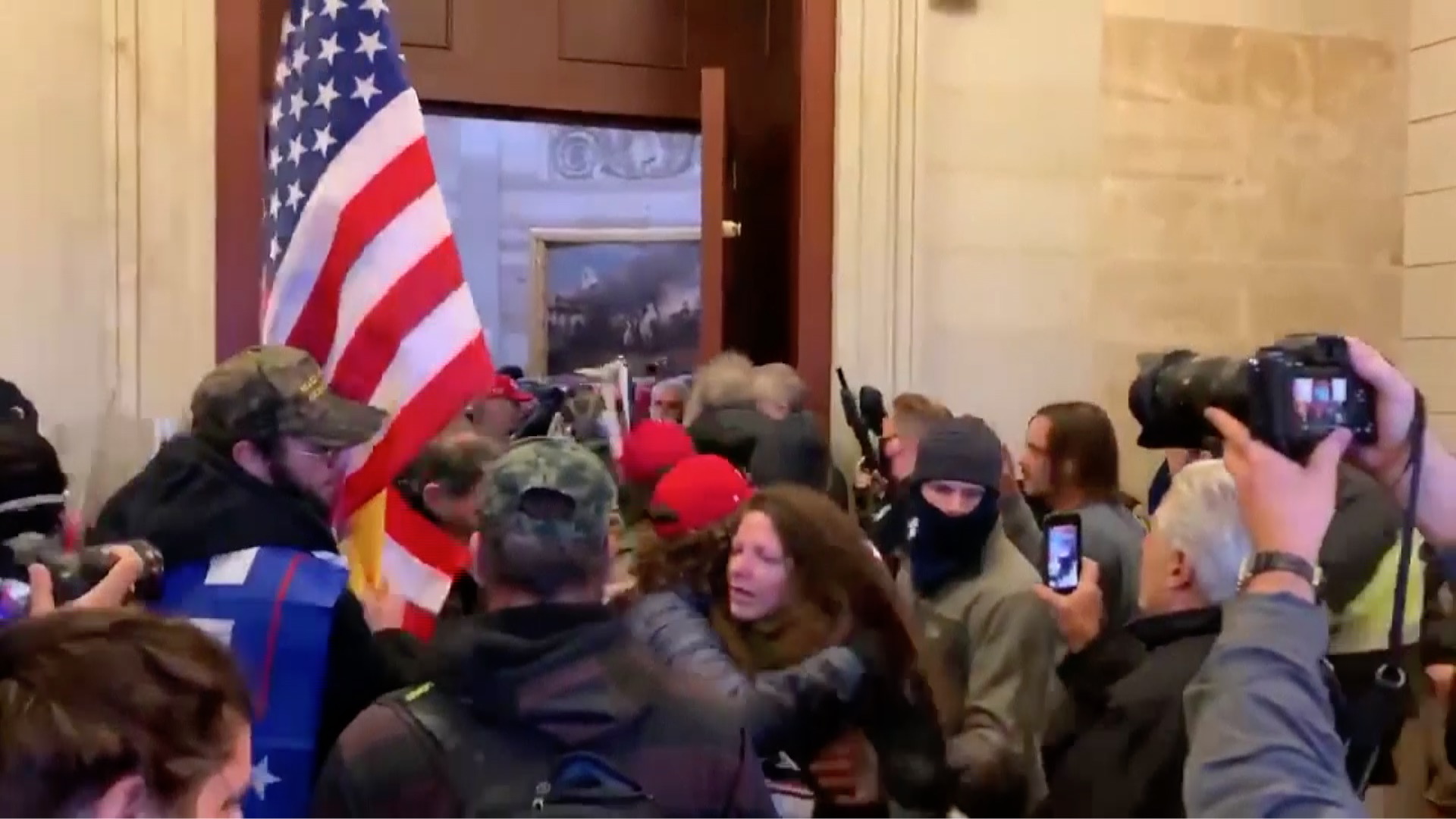 Trump released a statement minutes after the announcement, pledging that he will voluntarily leave office on January 20, stressing there will be an "orderly transition."

"Even though I totally disagree with the outcome of the election, and the facts bear me out, nevertheless there will be an orderly transition on January 20th," Trump said, adding he would remain in frontline politics, amid speculation that he may run again in 2024.

"I have always said we would continue our fight to ensure that only legal votes were counted. While this represents the end of the greatest first term in presidential history, it's only the beginning of our fight to Make America Great Again!"

The certification came hours after Trump's supporters breached the U.S. Capitol and sent lawmakers scrambling for safety. They were able to return hours later, shaken but determined to complete the task.

Egged on in an extraordinary rally across town by an aggrieved Trump, a flag-waving mob had broken down barricades outside the Capitol and swarmed inside, rampaging through offices and onto the usually solemn legislative floors.

Security forces fired tear gas in a four-hour operation to clear the Capitol. Police said that one woman, reportedly a female Trump supporter from southern California, was shot and killed and that three other people died in the area in circumstances that were unclear. 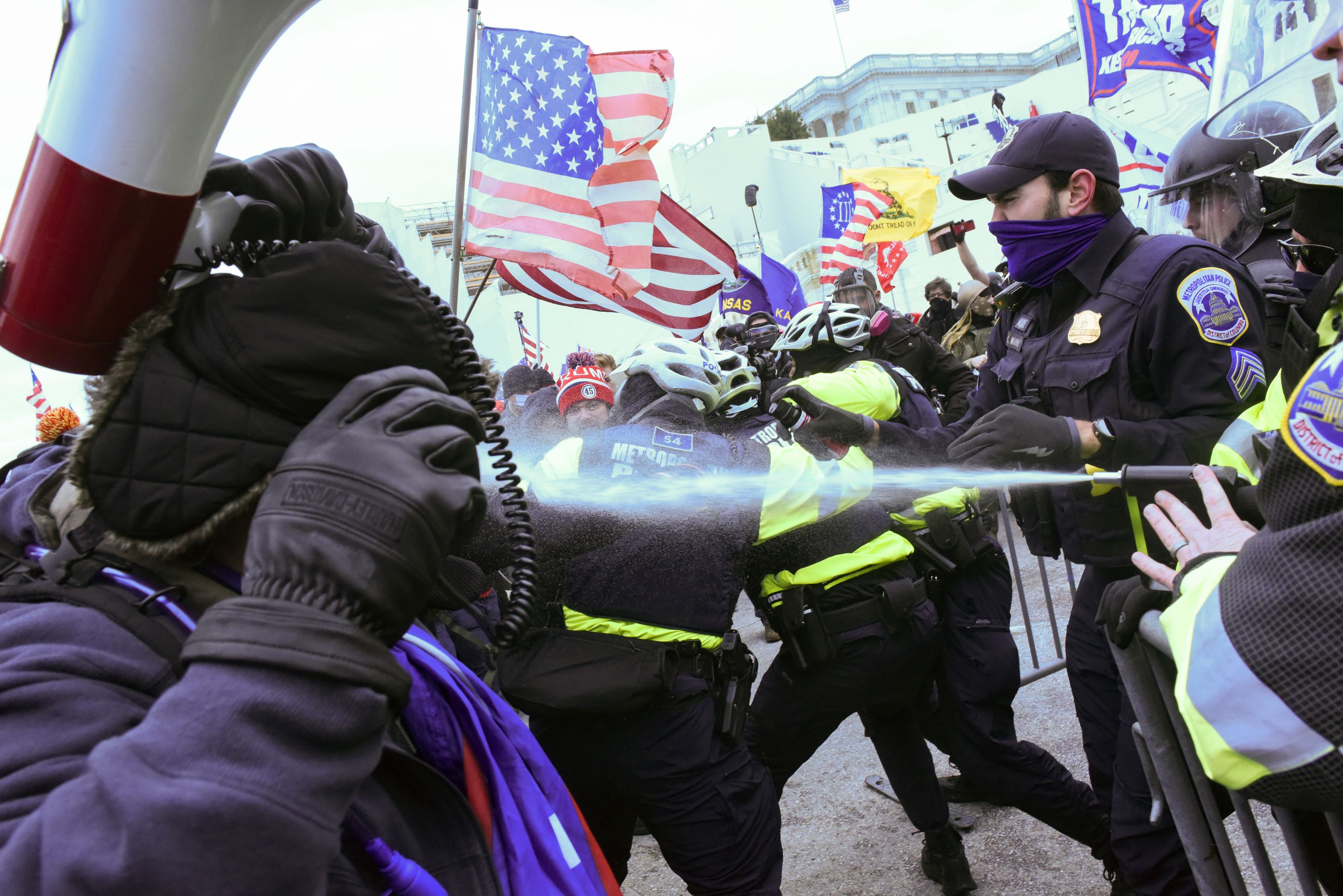 One Trump backer in jeans and a baseball cap was pictured propping a leg up on House Speaker Nancy Pelosi's desk as throngs climbed onto risers set up for Biden's inauguration. Another held a banner that read: "We the people will bring DC to its knees/We have the power."

Biden called the violence an "insurrection" and demanded that Trump immediately go on national television to tell the rioters to stand down.

"Our democracy's under unprecedented assault," Biden said in his home state of Delaware. "This is not dissent. It's disorder. It's chaos. It borders on sedition. And it must end now."

Trump soon afterward released a video in which he called on his supporters to leave but repeated his claims of election fraud.

"We have to have peace. So go home. We love you – you're very special," he said.

Trump's Twitter account was temporarily suspended in a significant new crackdown taken by social media companies after he uploaded a video that could aggravate violence. Twitter warned the tweet-loving tycoon of a permanent ban if he does not conform to rules on civic integrity.

In an angry, rambling speech outside the White House before the violence, Trump urged his supporters to march to the Capitol and demanded that Pence, who ceremonially led the session, intervene to reverse their loss.

The vice president refused, and it was ultimately Pence standing before the joint session of Congress who announced his and Trump's loss to Biden and incoming Vice President Kamala Harris.

Thousands of Trump supporters headed to Washington at his urging in recent days, with downtown businesses boarding up in fear of violence and Mayor Muriel Bowser ordering a curfew Wednesday night. 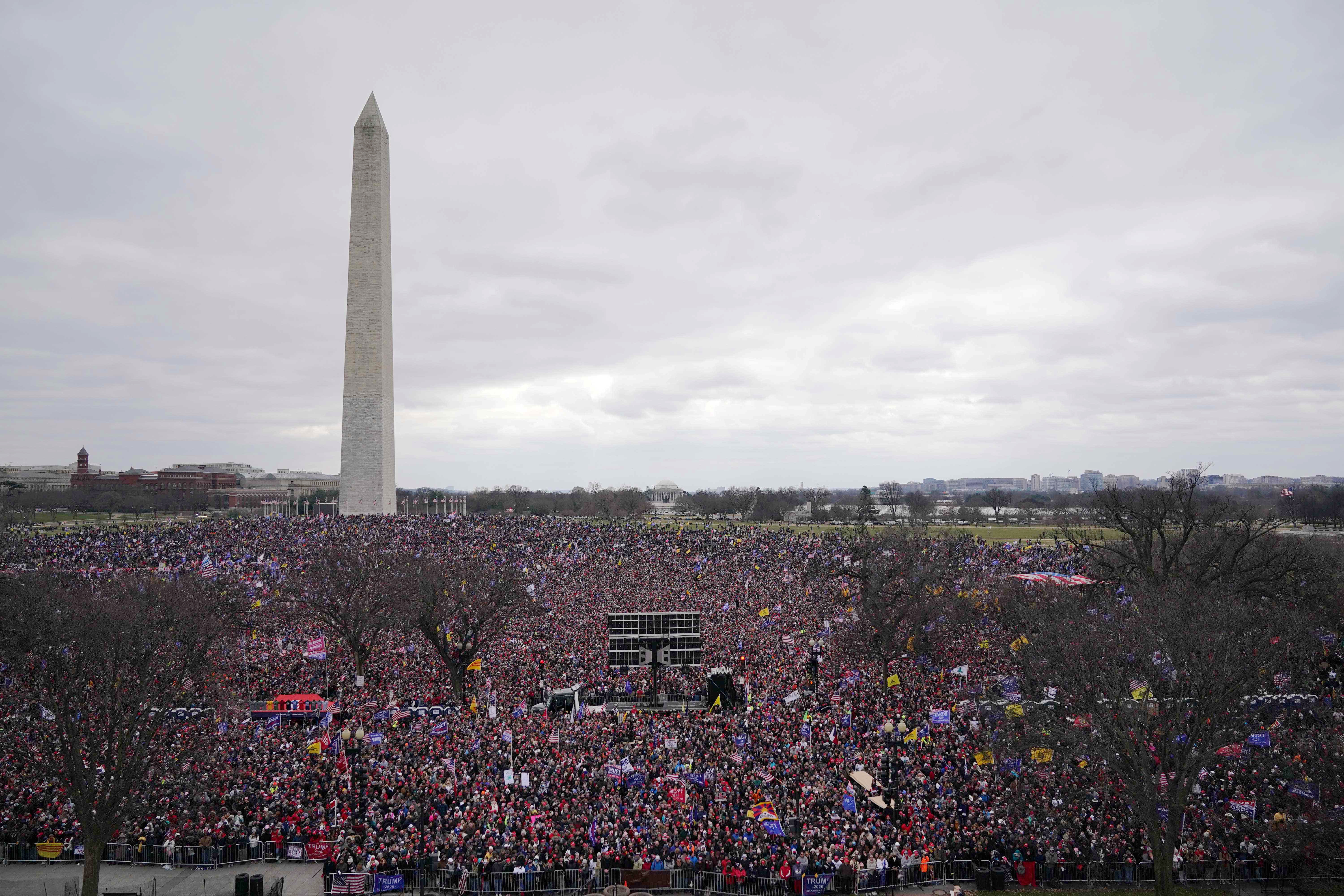 Scores of people gather as U.S. President Donald Trump speaks to supporters from The Ellipse near the White House in Washington, D.C., U.S., January 6, 2021. /AFP

Scores of people gather as U.S. President Donald Trump speaks to supporters from The Ellipse near the White House in Washington, D.C., U.S., January 6, 2021. /AFP

German Chancellor Angela Merkel said Thursday she was "furious and saddened" by the storming of the U.S. Capitol by Trump's supporters and said the president shared blame for the unrest.

"I deeply regret that President Trump has not conceded his defeat, since November and again yesterday," she said.

"Doubts about the election outcome were stoked and created the atmosphere that made the events of last night possible," she said, adding that her shock was certainly shared by the "millions of people who admire America's democratic tradition."

She welcomed certification from Congress, saying the U.S. will "open a new chapter of its democracy."

"Now it is clear with the confirmation of the election victory of Joe Biden and Kamala Harris, the United States of America will, as it should, in less than two weeks open a new chapter of its democracy," she said. "That means the forces of democracy have prevailed – that is something I always knew about the United States and expected."

(Cover: U.S. Vice President Mike Pence and Speaker of the House Nancy Pelosi stand after reading the final certification of Electoral College votes cast in November's presidential election during a joint session of Congress after working through the night, at the Capitol in Washington, U.S., January 7, 2021. /Reuters)