Download
The Blue World: Half asleep, half awake dolphins
By Gao Yuxin 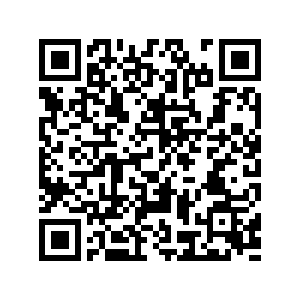 What if a sleeping dolphin encounters a shark? Will it just lay there helpless and become the shark's feast?

"Unihemispheric slow-wave sleep" tells you no. Since dolphins do not breathe involuntarily, they must remain conscious to breathe. Dolphins remain conscious even when they are sleeping, with left eye closed when the right half of the brain sleeps, and vice versa. This type of sleep, which is known as unihemispheric sleep, allows dolphins to look out for danger without suffocating. 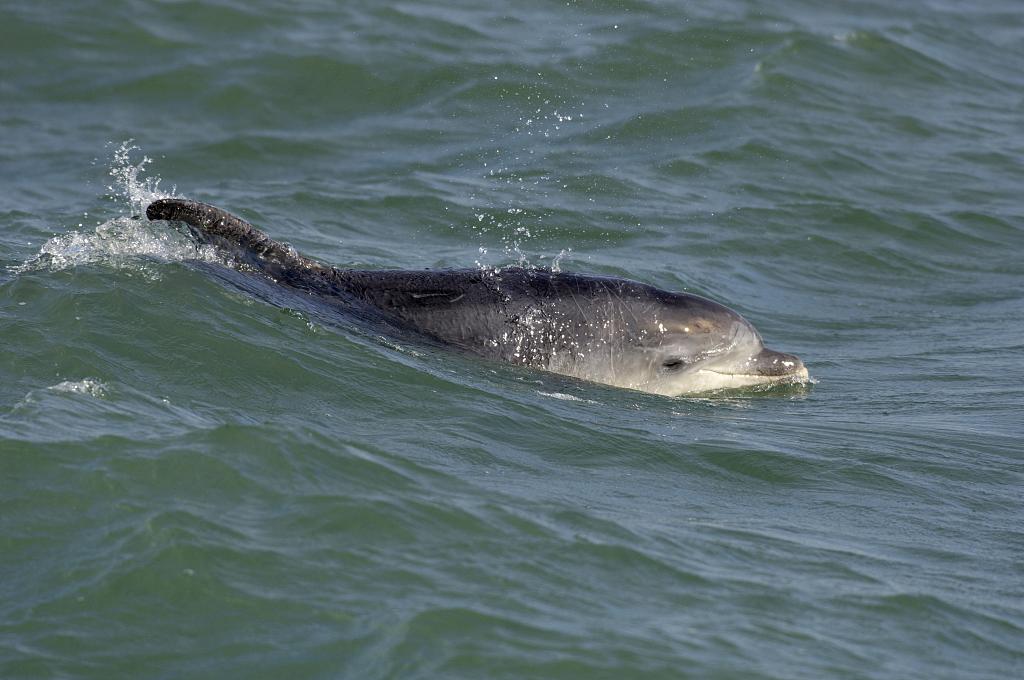 However, even when they are awake, there are some dangers they can't avoid.

In addition to natural threats like predators in the ocean, there are human activities. As World Wide Fund for Nature says, incidental mortality in fishing gear is a major threat to dolphins, followed by vessel collisions, environmental contamination and habitat loss and degradation. 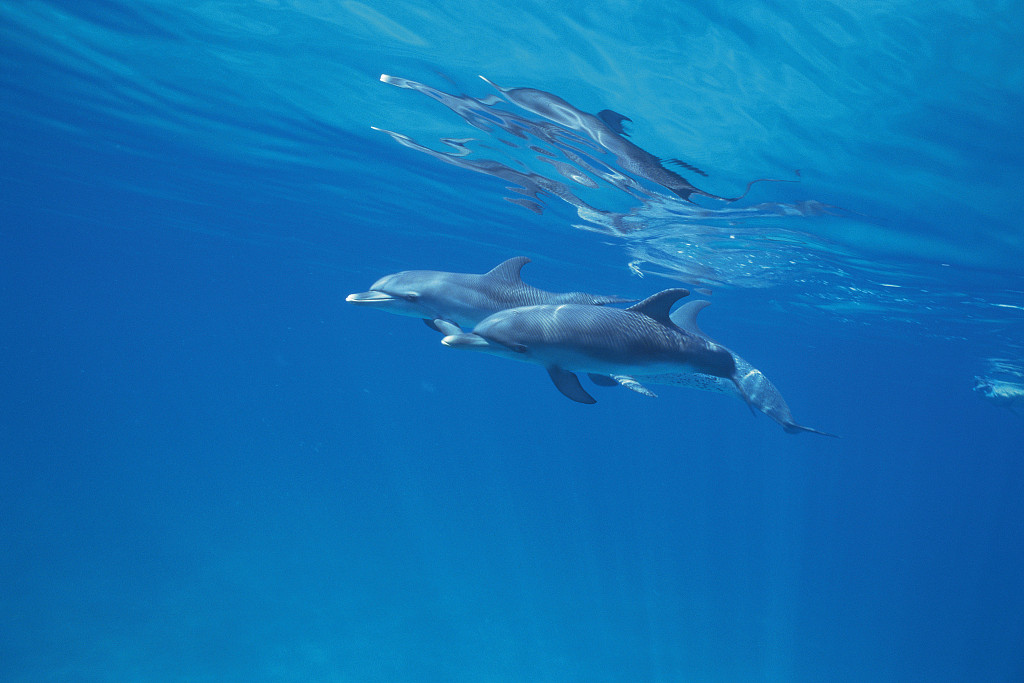 Indo-Pacific humpback dolphin is a big victim of incidental catches in fishing gear.

According to the International Union for Conservation of Nature (IUCN), of 407 Indo-Pacific humpback dolphins in a study during 2010-2013 in Bangladesh, 15 percent of them exhibited scars, wounds and mutilations that were almost certainly associated with entanglements in fishing gear. Moreover, three of them were photographed with fishing gear attached to their bodies, and one found dead with fresh injuries caused by fishing gear among the Eastern Taiwan Strait subpopulation based on the study in 2013.

Indo-Pacific humpback dolphin (Sousa chinensis) is under first class national protection in China and rated as a vulnerable species by IUCN. It is born with dark coloring that lightens with age to a pink-tinted white color with spotted patterns. Indo-Pacific humpback dolphins thrive in tropical to warm-temperate coastal waters, including open coasts and bays, coastal lagoons, over rocky reefs, mangrove swamps, estuarine areas, and areas with sandbanks and mudbanks. They appear to be opportunistic feeders that consume a wide variety of nearshore, estuarine and reef fishes. 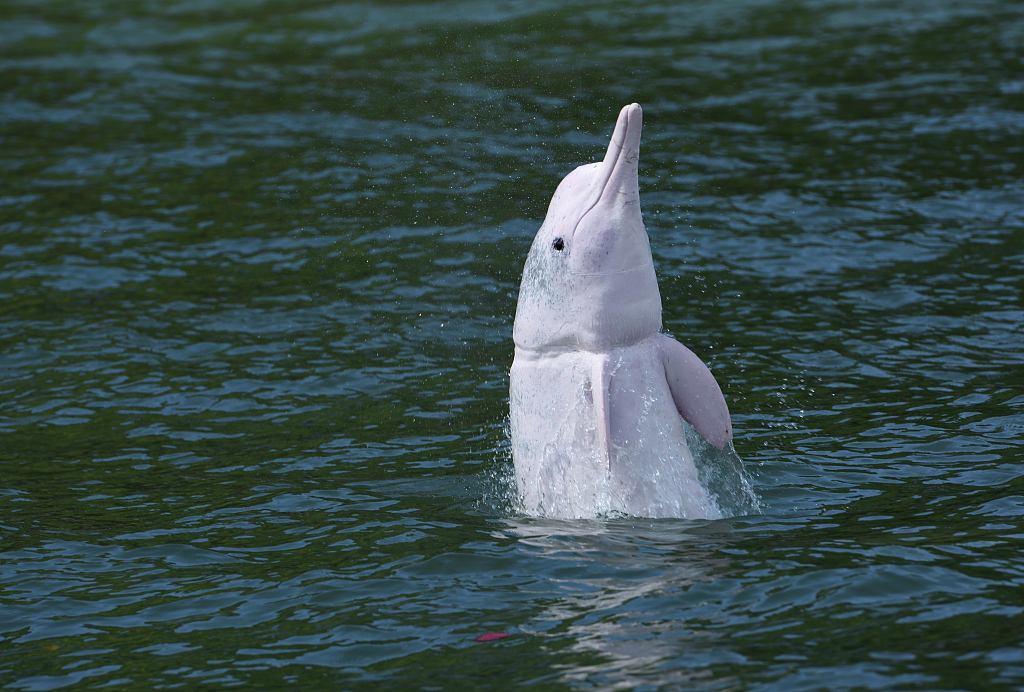 Dolphins often follow trawlers to prey on creatures that evade or are stirred up by the nests. Incidental catches in fishing gear and vessel collisions are the greatest direct sources of dolphin mortality caused by humans.

Although there are laws and restrictions on trawling in many parts of the world, there are still many people who take the risk of trawling illegally, posing a great threat to the dolphins.