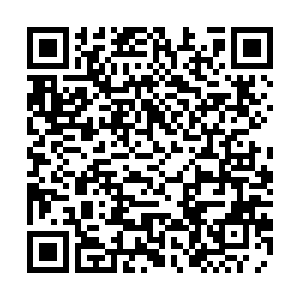 U.S. Vice President Mike Pence said in a letter to House of Representatives Speaker Nancy Pelosi on Tuesday that he opposes invoking the 25th Amendment to remove President Donald Trump from office.

Despite the letter, the House moved forward on the same day with a vote on a resolution urging Pence to start the U.S. Constitution's 25th Amendment process.

Pelosi has called on Pence to secure the Cabinet majority and votes required to declare Trump unfit to serve.

"With just eight days left in the President's term, you and the Democratic Caucus are demanding that the Cabinet and I invoke the 25th Amendment," Pence wrote to Pelosi, referring to the process that would declare Trump unable to fulfill his duties and install Pence as acting president for the remainder of the term.

"I do not believe that such a course of action is in the best interest of our Nation or consistent with our Constitution," Pence said, hours before the House was to vote on a measure calling on him to initiate the 25th Amendment process or risk an impeachment vote against Trump.

Pence told Pelosi the administration's energy was focused on ensuring an orderly transition and appealed to her and other members of Congress to avoid actions that "would further divide and inflame the passions of the moment."

Removal of a president under the 25th Amendment requires a declaration by the vice president and the majority of the president's Cabinet.

Pelosi has said Pence's failure to trigger that process would lead to Wednesday's Trump impeachment vote accusing him of inciting insurrection ahead of last week's storming of the Capitol.

The vote would make him the first American president to be impeached twice.

At least four Republicans said on Tuesday they would join Democrats in voting to impeach Trump.

Liz Cheney, the No. 3 House Republican, said that there has never been "a greater betrayal by a President of the United States of his office and his oath to the Constitution." Three other Republican House members, John Katko, Adam Kinzinger and Fred Upton, said they would also vote for impeachment.

In public statements Tuesday, Trump complained about plans to impeach him again, saying that invoking the 25th Amendment and "the impeachment hoax" is "causing tremendous anger and division and pain" that is "very dangerous for the USA."

He did not take accountability for the actions of his supporters, and insisted he wants "no violence."

Trump was impeached by the Democratic-led House in December 2019 on charges of abuse of power and obstruction of Congress over his dealings with Ukraine about political rival Joe Biden, now the president-elect, and was acquitted by the Republican-led Senate in February 2020.