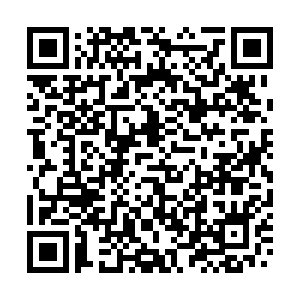 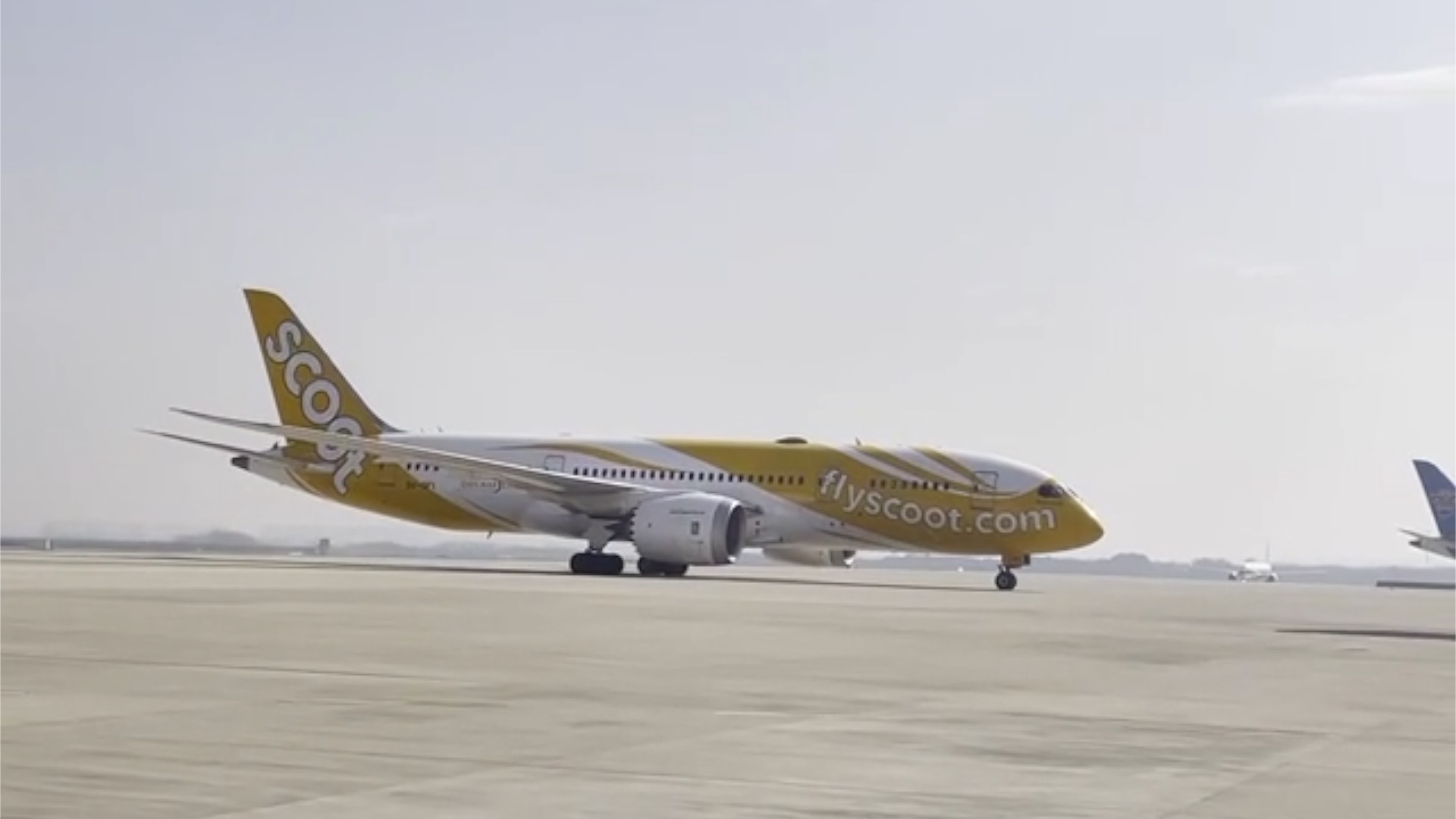 A panel of scientists from the World Health Organization (WHO) arrived on Thursday in Wuhan, once the epicenter of COVID-19 outbreak, to cooperate with their Chinese peers in researching on the potential origin of the novel coronavirus.

The mission is aimed at reconstructing how exactly the pandemic unfolded and how to better prepare for emerging diseases in the future.

The WHO team, transferring from Singapore, underwent throat swabs and serum antibody tests for the coronavirus at the airport. They will go through the required quarantine procedures before starting field work in Wuhan.

During the quarantine period, the WHO experts and Chinese scientists will communicate via video conference, said Chinese Foreign Ministry spokesman Zhao Lijian at a media briefing on Thursday afternoon.

China will strictly enforce COVID-19 containment requirements and facilitate the WHO experts, he noted. 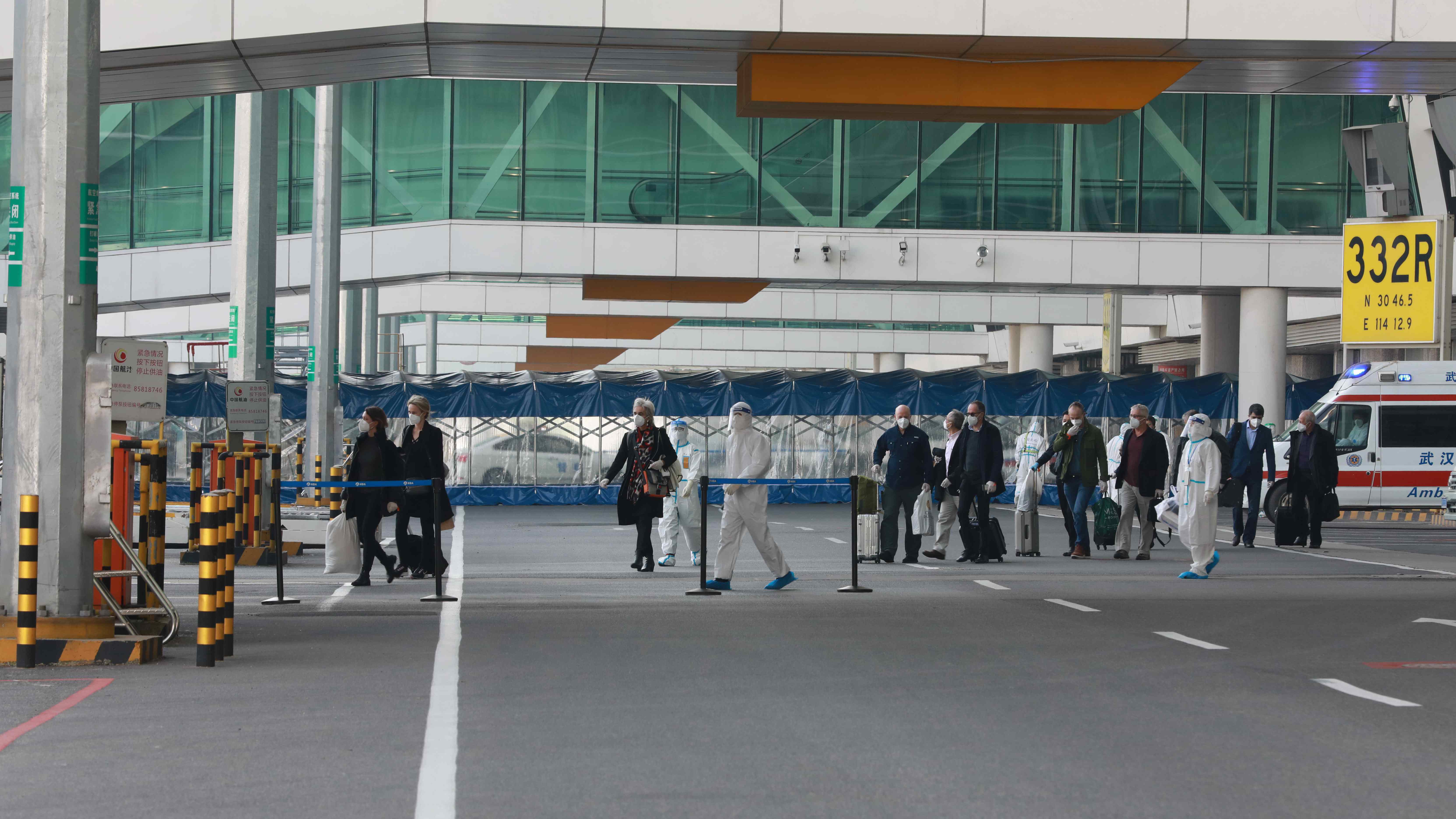 Two WHO experts tested positive for COVID-19 antibodies in Singapore

The WHO confirmed the arrival of 13 scientists in Wuhan on its official Twitter account, saying "The experts will begin their work immediately during the 2 weeks quarantine protocol for international travelers."

Two scientists of the team tested positive for IgM antibodies in Singapore, where they are being retested for both IgM and IgG antibodies, the WHO said.

"All team members had multiple negative PCR and antibody tests for COVID-19 in their home countries prior to traveling," it said. 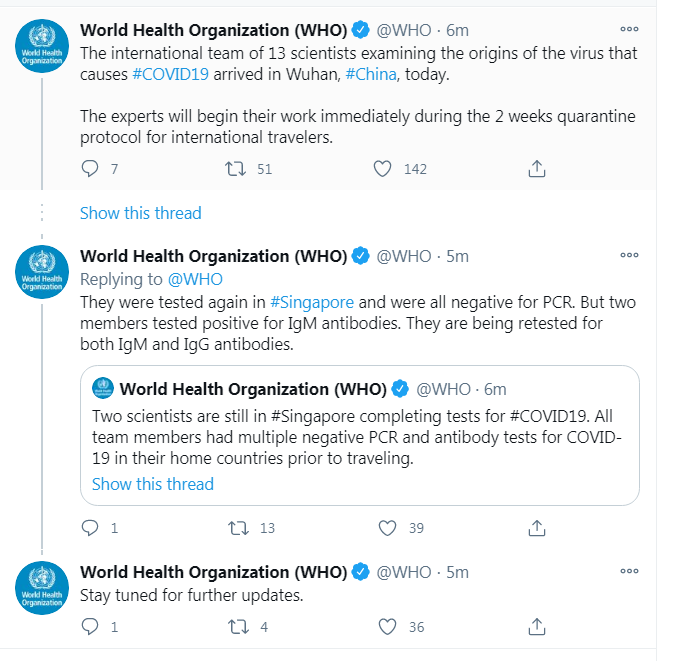 Screenshot from the twitter of the World Health Organization. /@WHO

Screenshot from the twitter of the World Health Organization. /@WHO

Studies to begin in Wuhan

At this week's press briefing, Tedros Adhanom Ghebreyesus, director-general of the WHO, said the studies will begin in Wuhan to identify the potential source of infection of the early cases. He added that scientific evidence will drive hypothesis, which will then be the basis for further long-term studies.

"We will share more news as we have it but let's give this team of scientists the space to work with their Chinese counterparts effectively and let's wish them all well," he said.

"Understanding the origin of the disease is not about finding somebody to blame," said WHO Executive Director of Health Emergencies Dr. Michael Ryan. "Let this mission and let other missions be about the science, not about the politics."

This is the third such visit since the start of the COVID-19 epidemic in China. China had invited WHO experts twice, in February and July last year, to carry out cooperation on tracing potential sources in China, during which the two sides formulated the China part of a global scientific cooperation plan.

China has always adopted an open, transparent and responsible attitude on the issue of tracing the origin of the novel coronavirus, and taken the lead in carrying out scientific cooperation with WHO for the purpose of promoting international research on origin-tracing, said the Chinese Foreign Ministry.

CGTN Exclusive: Interview with WHO expert coming to China on COVID-19 origins