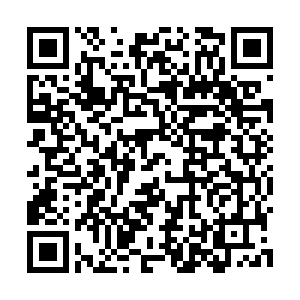 Chinese Foreign Minister Wang Yi highlighted the importance of regional solidarity and cooperation on Sunday after concluding trips to Myanmar, Indonesia, Brunei and the Philippines.

Wang said in a media interview that his visit to Myanmar sent a clear message that China is willing to deepen communication and strengthen coordination with its neighbors, and will support the running of Myanmar's new government.

He also highlighted joint efforts with Myanmar in the Lancang-Mekong Cooperation and China-Myanmar Economic Corridor.

Asked about his expectations for China-Indonesia cooperation in the post-pandemic era, Wang mentioned "three models" the two sides reached during his visit, namely a model of vaccine cooperation, a model of joint construction of the Belt and Road and a model of safeguarding multilateralism.

China to align its long-term targets with Brunei's Wawasan 2035

On the occasion of the double 30th anniversaries, Wang said China and Brunei have agreed to deepen regional cooperation. He expressed hope that Brunei could give full play to the role of the ASEAN chairmanship, push China-ASEAN relations to a new level and guide East Asia cooperation to focus on East Asia, development and regional integration.

Recalling his trip to the Philippines, the foreign minister stressed cooperation on COVID-19 vaccines, economic recovery and the South China Sea issue.

He also emphasized China-ASEAN ties during his visits, saying the relations were the most dynamic and fruitful among ASEAN's dialogue partners with tangible benefits delivered to two billion people in 11 countries.

Wang said the visits aimed to seize the opportunity together with the leadership of the four countries and the ASEAN secretary-general to forge a higher level of strategic partnership between China and ASEAN and build a closer China-ASEAN community of shared future.

At present, the regional and international situation is in a period of turbulence and change. Both China and ASEAN countries believe that to ensure lasting peace and prosperity in East Asia, real multilateralism must be supported and practiced, Wang said, adding that the countries should also be on guard against pseudo-multilateralism.