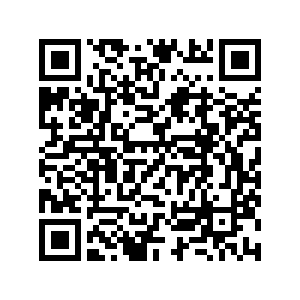 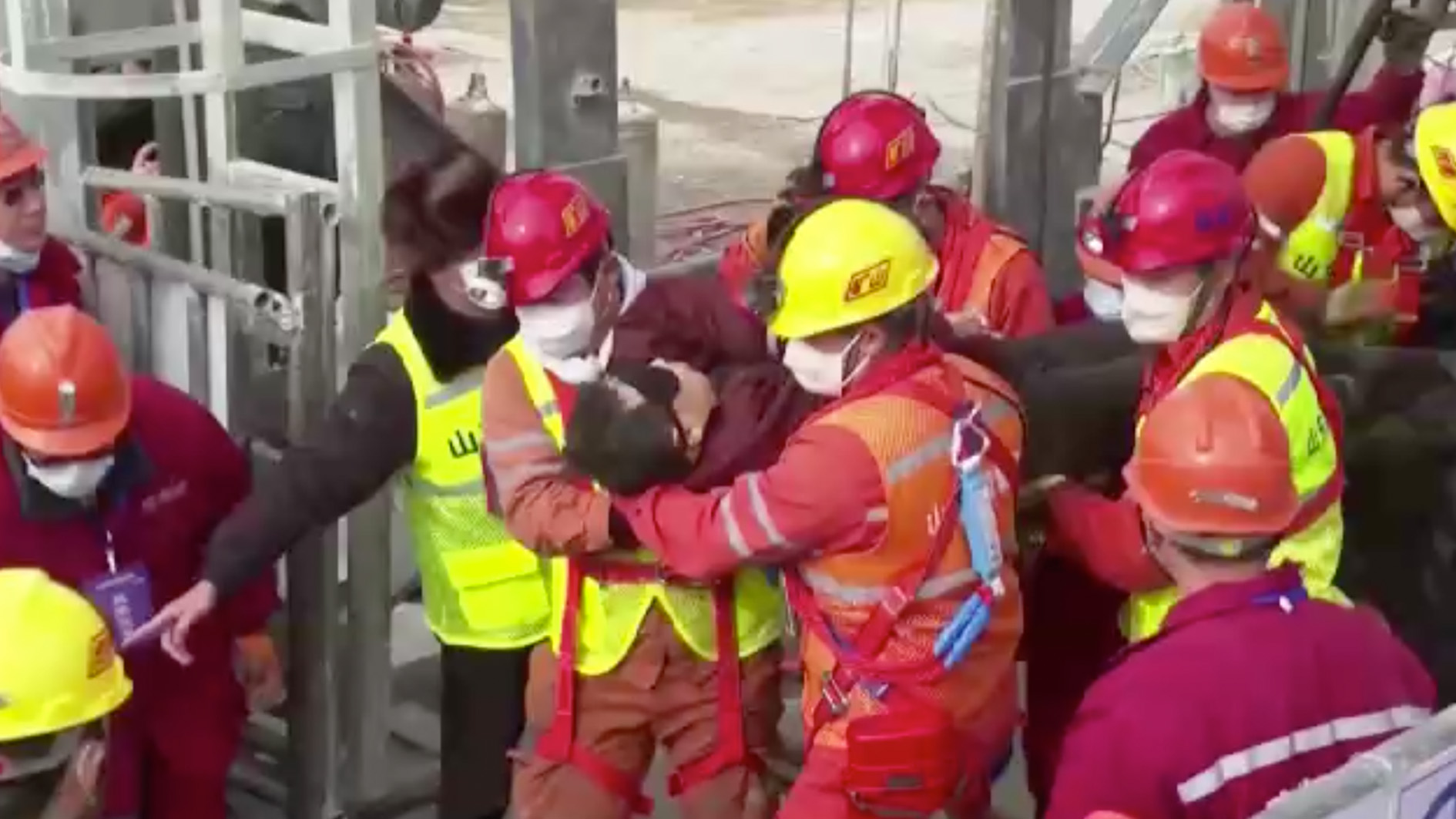 Eleven of the 22 miners trapped underground in a gold mine in east China's Shandong Province were successfully lifted to the surface on Sunday, according to rescuers.

The 11 rescued are 10 miners in the mine's fifth section and one miner in the fourth section.

A miner at the mine's fourth section was successfully lifted to the surface at 11:13 a.m. on Sunday, becoming the first person to be rescued from the gold mine where an explosion took place 14 days ago.

The worker had been trapped for nearly fifteen days, and is reportedly extremely weak. He was rushed to the hospital by ambulance.

Among the ten miners rescued from the fifth section, one of the men brought to the surface was injured but several were shown walking, supported by rescue workers and wearing a black cloth over their eyes, before being taken away by ambulance.

A total of 11 miners were trapped in the fifth section, but one showed no signs of life on Wednesday night.

The 10 rescued miners were in good physical condition and had been receiving food since Saturday after several days of living off nutrient solutions. 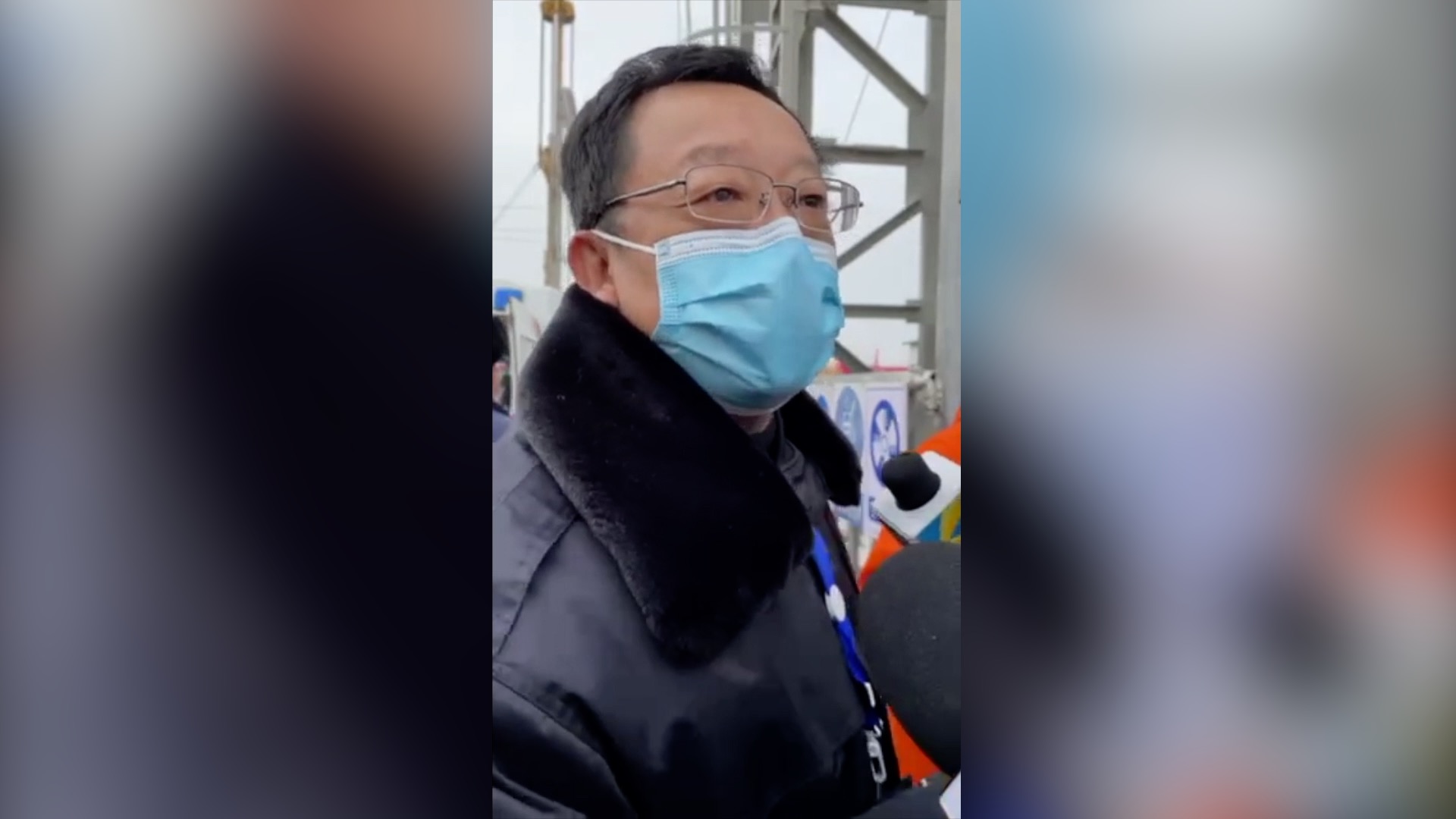 "We made a breakthrough this morning," chief engineer at the rescue centre, Xiao Wenru, told the Xinhua News agency.

"After clearing these broken, powdery pieces, we found that there were cavities underneath... our progress accelerated.”

Officials had said on Thursday it could take another two weeks to drill a rescue shaft through blockages to reach the group of 10.

Expert: psychologists should be included in rescue team for trapped miners 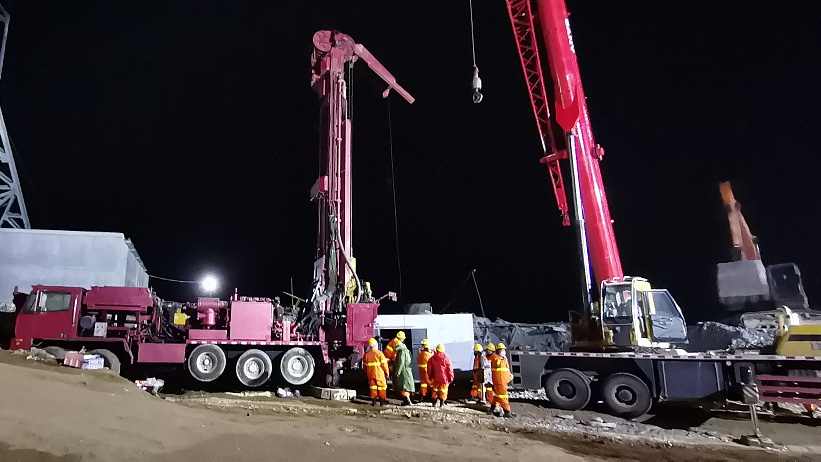 Timeline of the incident

On January 10, 22 workers became trapped about 600 meters underground after an explosion ripped through the gold mine. The incident happened at 2 p.m. but it was not reported to the local emergency department until the following night.

The mine's owner, Shandong Wucailong Investment Company, was soon put under police oversight as Chinese law and regulations are clear that accidents of this nature need to be reported to the local government within one hour.

On January 17, rescue workers confirmed the location of 12 trapped workers after drilling the first hole from the surface to the tunnel. The status of the other 10 remained unclear. Food and other supplies were lowered down the channel via a wire, and when the rescuers pulled the wire back 35 minutes later, they found that the supplies had been taken and a note was attached that said the miners were alive.

On the note, the miners wrote that they were exhausted and in urgent need of medical supplies including medical tape and hypotensive drugs. The note also revealed the situation underground: the poorly-ventilated air had made dense smoke fill the space, while water had flooded the tunnel.

On January 19, miners sent another note asking for a telephone as backup in case they lost contact with rescuers.

On late January 20, one of the 11 trapped miners in the fifth section showed no signs of life, other trapped miners reported to the ground. The miner had been in critical condition for a while due to head injuries.