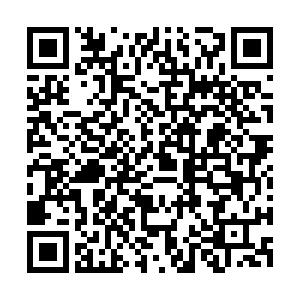 Despite being a latecomer to the world of winter sports, China has experienced explosive development in recent years as it prepares to host the upcoming 2022 Winter Olympics.

After Beijing won the bid in 2015 to host Winter Olympics, China revealed an ambitious plan of featuring in all 109 events. That is more than doubling its representation from the last time of 53 at PyeongChang 2018.

Under the current regulations, China will qualify directly for 61 events out of 109, while the remaining will be decided through ranking points, a challenging undertaking indeed. 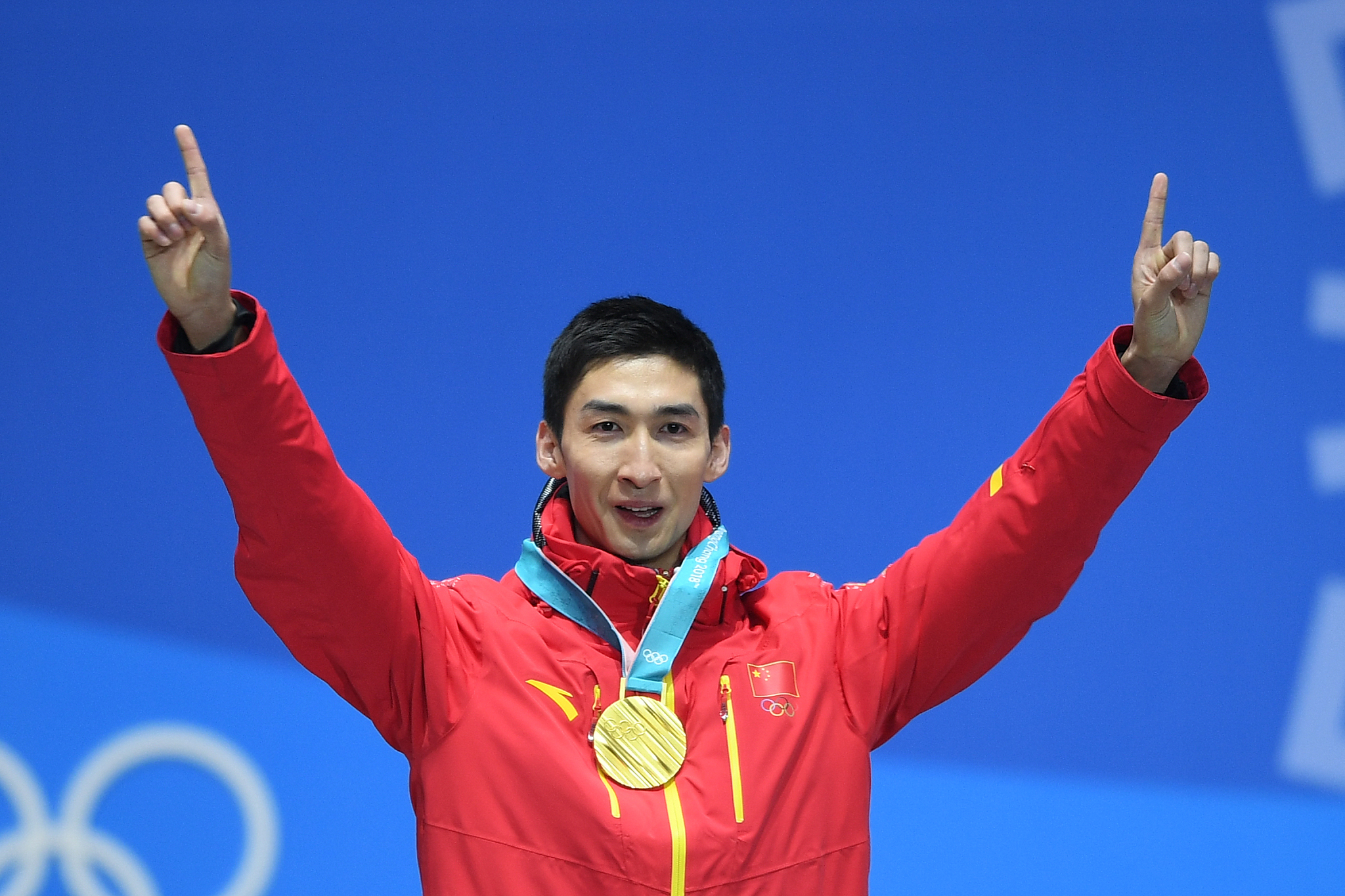 Compared with its dominance at Summer Olympics in terms of medal tally, China does not shine at the Winter Games as much.

China began participating in Winter Olympics in 1980, 56 years after the first edition took place. It was not until 1992 that China won its first winter medal with speed skater Ye Qiaobo taking silver in the women's 500 meters.

China's best result to date came at Vancouver 2010, with five golds in an 11-medal haul.

Relatively strong in ice but weak in snow events, short track speed skating is a highlight, with a total of 10 out of 13 golds, and accounted for 33 of the country's 62 medals in total.

China has also won one gold medal each in speed skating, figure skating and freestyle skiing. The results are not surprising as around one-third of Winter Olympic events had not been widely practiced in China before 2015. But the country wants to turn the tide in 2022 by launching pilot programs to naturalize athletes, besides ramping up training for domestic athletes and inviting foreign coaching staff to cultivate a talent pool.

Several naturalized athletes in figure skating and freestyle skiing are seen as strong contenders for medals, with 17-year-old prodigy skier Gu Ailing, originally from the U.S., a gold favorite at the upcoming Beijing Winter Olympics. 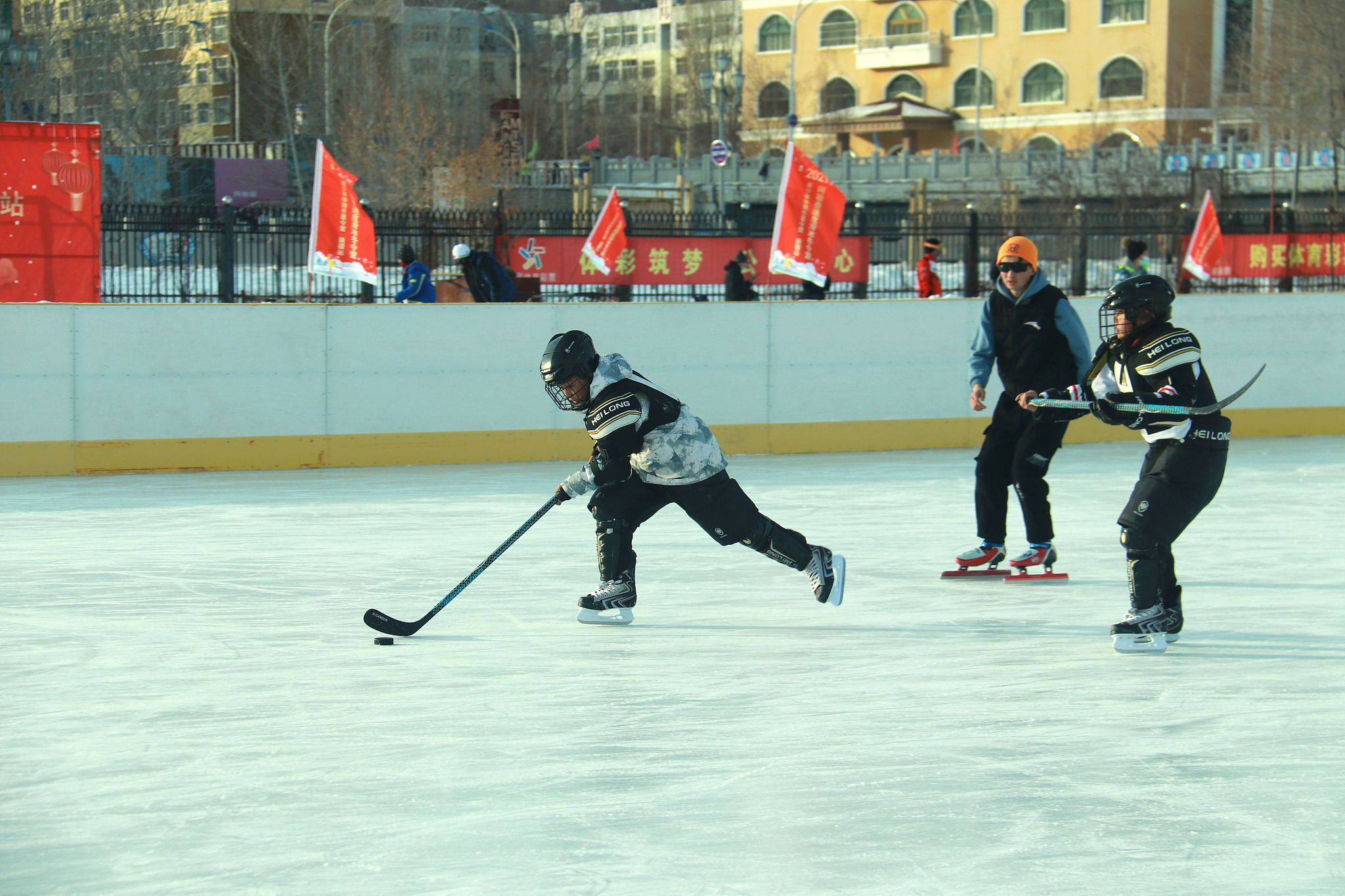 Central authorities have launched a national blueprint for the winter sports industry to enrich mass ice and snow activities, implement the strategy of "expanding to the north, the west and the east," promote the expansion of ice and snow sports during all four seasons, and strive to achieve the goal of involving 300 million people in ice and snow sports, with 650 skating rinks and at least 800 ski resorts ready by 2022.

The Games have ignited unparalleled enthusiasm for winter sports among the people in the country.

In 2002, China only had 130 ski resorts with 2 million annual visitors, while in 2019, there were 880 ski resorts across the country with 20 million domestic skiers, an increase of 6.1 percent from the previous year.

The Chongli District of Zhangjiakou City in Hebei Province has been selected to stage most of the skiing events of the 2022 Winter Olympic Games. It has built seven large-scale ski resorts with a total of 169 ski tracks, maintaining a total length of 162 kilometers. 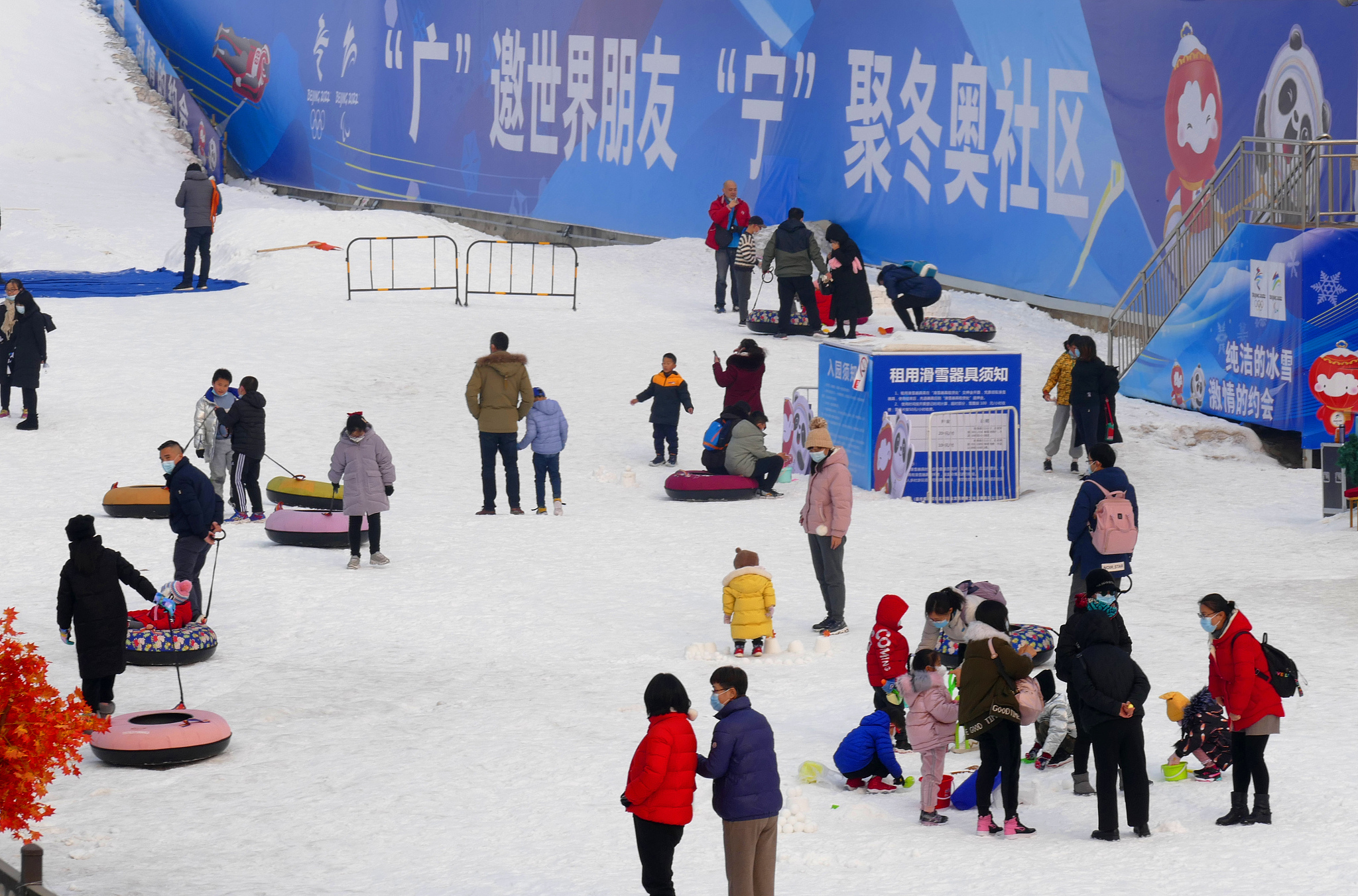 In recent years, Beijing has helped deepen the cooperation between ski parks and schools as it aims to add winter sports to the curricula of 5,000 schools by 2025.

Every winter since 2014, Yanqing District in northwest Beijing, a suburban mountainous area that will host alpine skiing, bobsleigh and luge competitions during the Olympics, has offered skiing courses for around 3,000 local students at ski resorts. By the end of 2019, more than 16,000 students had been covered by the project. 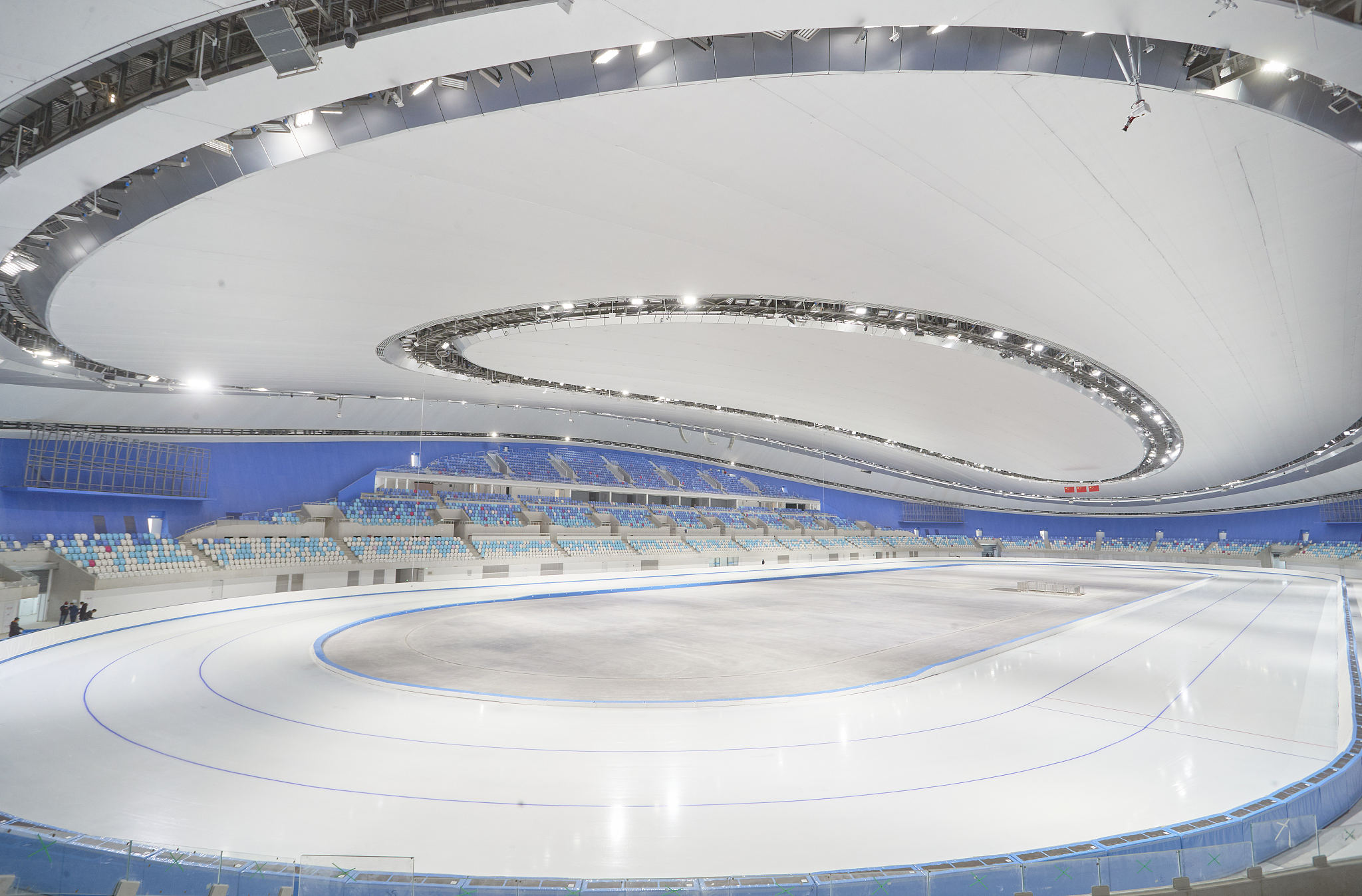 China's lack of snowfall is considered a major issue, but mushrooming ice rinks and indoor ski resorts have made winter sports no longer the luxury for people in the freezing northeastern provinces. By 2018, China had 31 indoor ski resorts, compared to seven in 2015.

Teenagers in much warmer places across the country, such as in eastern Shanghai and Shenzhen in the south, have local access to regular training sessions for skating, ice hockey and other winter sports. Even as far as Tengchong, a border county in southwest China's Yunnan Province, hosted an ice hockey national championship just recently.

While still in its infancy, China's ice and snow market is estimated to reach 1 trillion yuan ($156 billion) by 2025, according to national plans. 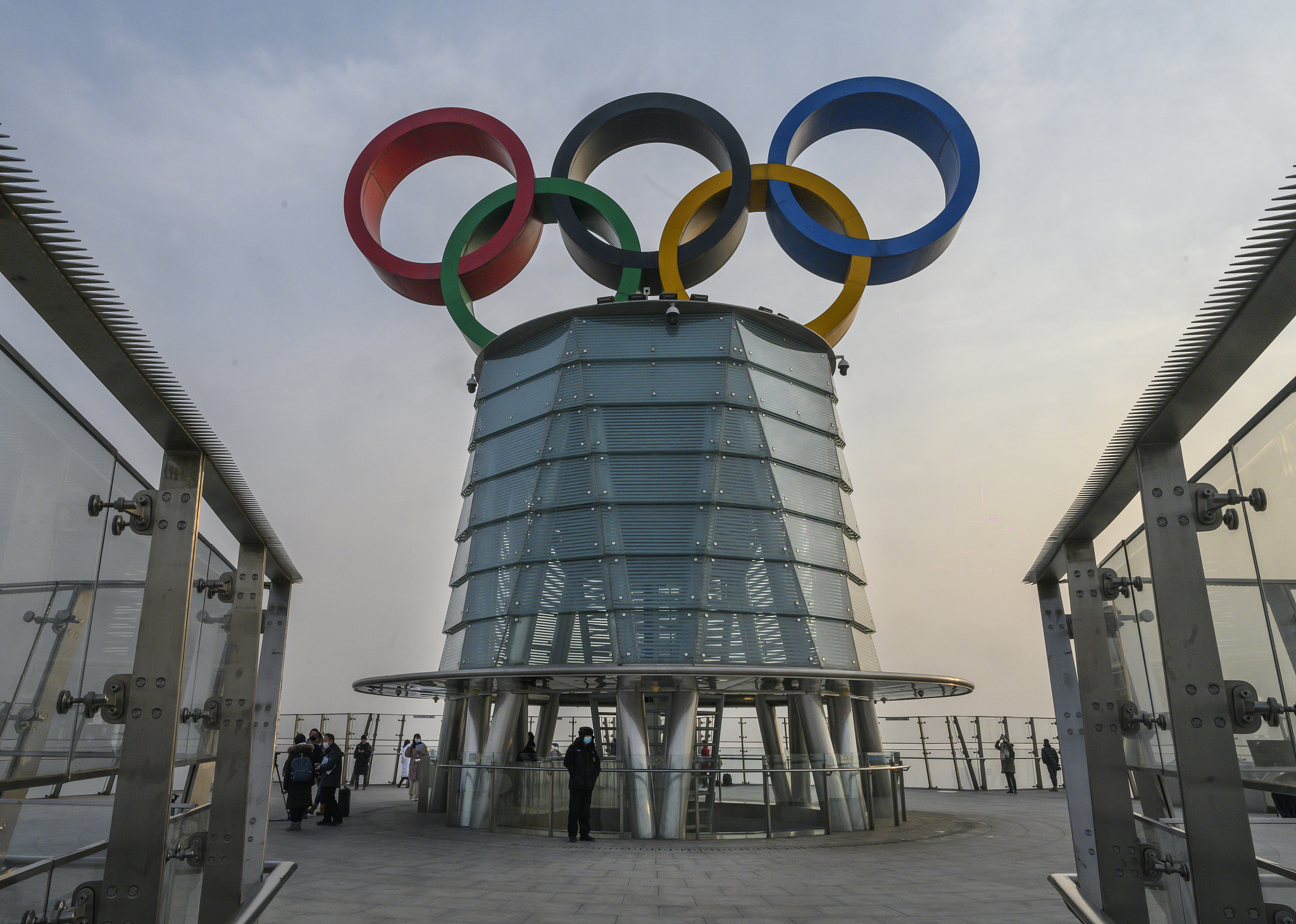 The Olympic Rings are seen at the top of the Olympic Tower in Beijing, China, January 22, 2021. /CFP

The Olympic Rings are seen at the top of the Olympic Tower in Beijing, China, January 22, 2021. /CFP

Engaging winter sports has also benefited the market of various sectors, such as travel, hotel, ski gear and ski apparel.

A report by China's leading online travel agency Ctrip and the Chinese Tourism Academy reveals that the number of snow tourists reached 197 million during the 2017-2018 winter season, posting a year-on-year increase of 16 percent, while the revenue for the same period went up by 22 percent to hit 330 billion yuan.

Per the report, China's winter sports equipment sector aims to rake in sales of over 20 billion yuan annually by 2022, growing by an average of more than 20 percent year on year.

These are massive numbers for an industry that did not virtually exist 20 years ago. Despite the ongoing COVID-19 pandemic deterred short-term development of winter sports in China, the sector is set to gain more popularity in the long run.