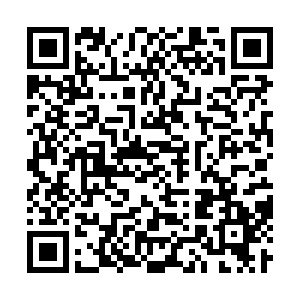 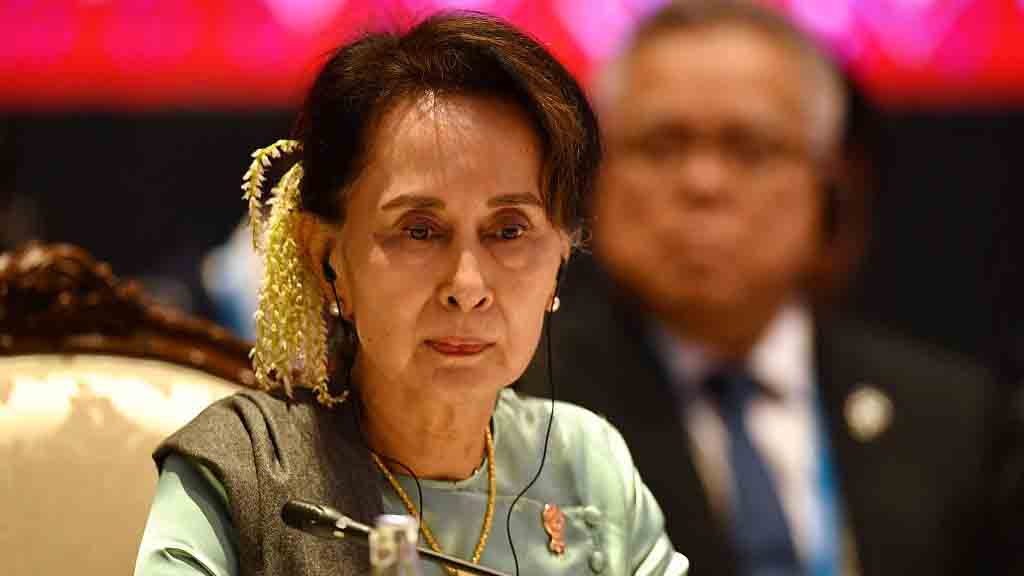 Myanmar's military has declared a state of emergency in the country for one year, after carrying out detentions of senior government leaders in response to alleged fraud during last year's general election.

Myanmar State Counsellor Aung San Suu Kyi, President U Win Myint and other senior figures from the ruling party were detained on early Monday morning, according to a spokesman for the governing National League for Democracy (NLD).

A statement broadcast on Myanmar military TV said power had been handed to the commander-in-chief of the armed forces, Senior General Min Aung Hlaing.

The military said that new elections will be held after the end of the state of emergency, and it will return power to the new government.

The move comes after days of escalating tension between the civilian government and the powerful military that stirred fears of intervention. 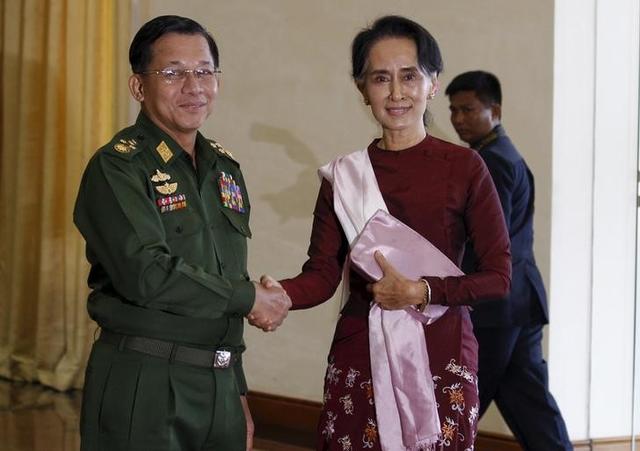 "I received internal reports about our state counsellor and president being taken by the military. As far as I was informed, Shan State's Planning and Finance Minister U Soe Nyunt Lwin, Kayah state's NLD chairman Thaung Htay and some NLD representatives of the Ayeyarwady region's Parliament have been detained," said NLD spokesman Myo Nyunt.

"Two members of the Central Executive Committee of the party were taken and I am also waiting to be detained as I was informed by our members that my turn will come shortly," he said, adding that "With the situation we see happening now, we have to assume that the military is staging a coup."

The state-run Radio and Television (MRTV) was not working on Monday morning, the channel announced on its social media page.

Telecommunications in capital city of Nay Pyi Taw and some other regions and states are also reportedly being cut off. 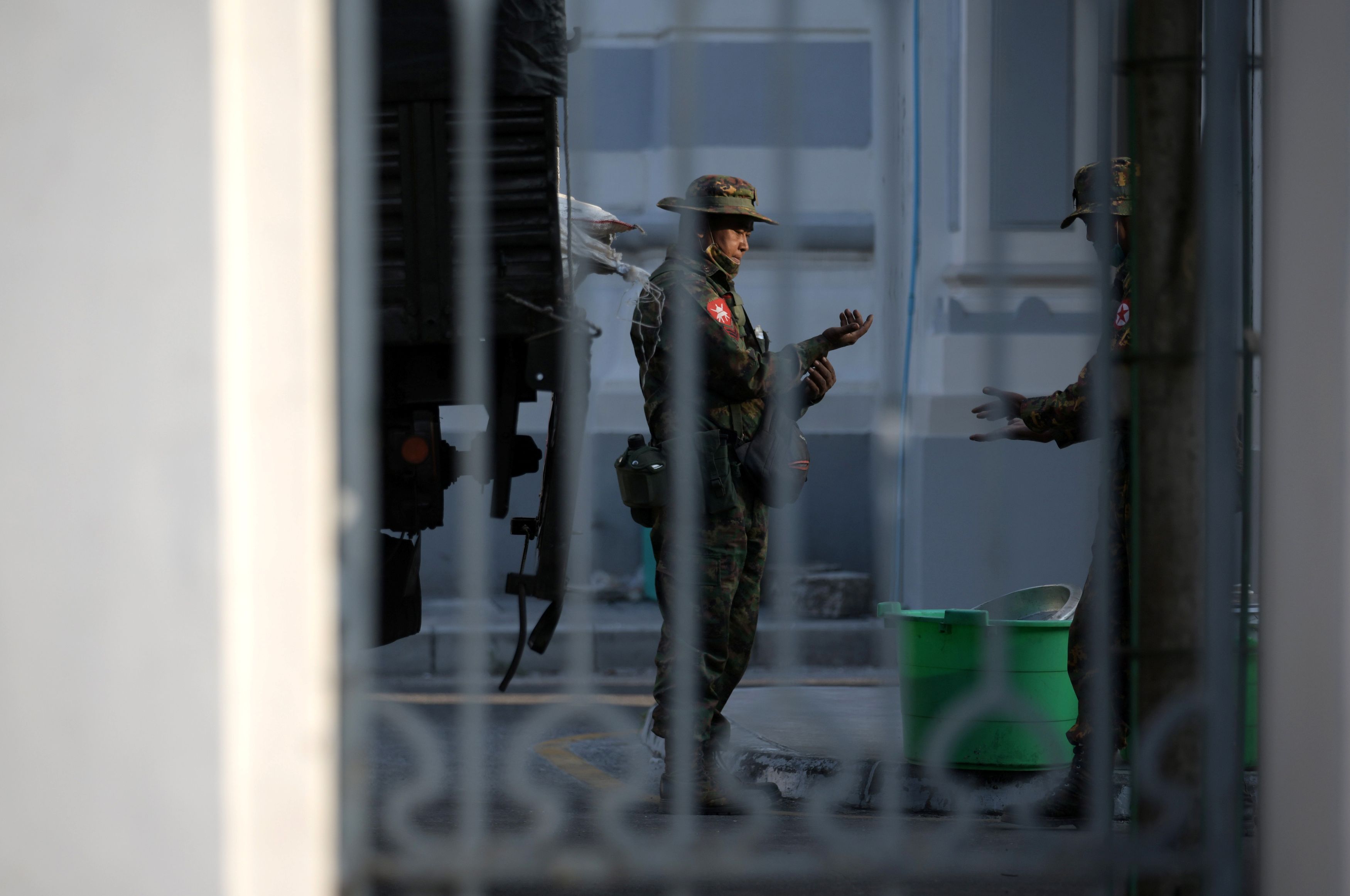 Suu Kyi's detention comes after a week of ramped up rhetoric from the military, whose spokesman on Tuesday refused to rule out the possibility of intervention.

Myanmar's ruling NLD won a sweeping victory in the country's latest general elections in November, grabbing a majority of seats in both houses of the Union Parliament, but the army said the vote was fraudulent.

The election commission has rejected the military's allegations of vote fraud, saying there were no errors big enough to affect the credibility of the vote.

The 2020 multiparty general elections were the third of their kind held under the terms of the country's 2008 constitution.

Suu Kyi calls on public to reject and protest coup

The NLD on Monday said its leader Suu Kyi called on the public not to accept the military's actions and urged protests.

The party said in a statement which carried Suu Kyi's name that the military wanted to return to military rule.

"I urge people not to accept this, to respond and wholeheartedly to protest against the coup by the military," the statement read.

Guterres expressed his grave concern in a statement regarding the declaration of the transfer of all legislative, executive and judicial powers to the military.

"These developments represent a serious blow to democratic reforms in Myanmar," he said, before reaffirming the unwavering support of the United Nations to the people of Myanmar in their pursuit of democracy, peace, human rights and the rule of law.

U.S. Secretary of State Antony Blinken on Sunday called on Myanmar's military leaders to release civilian leader Suu Kyi and others detained in overnight raids in the country, according to a statement.

Blinken said the United States expressed "grave concern and alarm" over reports of the detention of government officials and civil society leaders.

"We call on Burmese military leaders to release all government officials and civil society leaders and respect the will of the people of Burma (Myanmar) as expressed in democratic elections on November 8," Blinken said.

"The United States stands with the people of Burma in their aspirations for democracy, freedom, peace, and development. The military must reverse these actions immediately."

"We call on the military to respect the rule of law, to resolve disputes through lawful mechanisms and to release immediately all civilian leaders and others who have been detained unlawfully," Foreign Minister Marise Payne said in a statement.