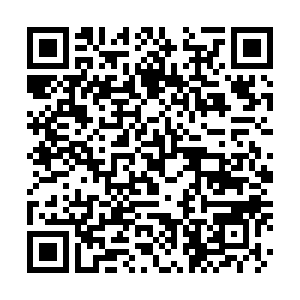 World leaders condemned the detention and called for the restoration of Myanmar's democracy.

United Nations Secretary-General Antonio Guterres strongly condemned the detention of Suu Kyi, Win Myint and other political leaders on the eve of the opening session of Myanmar's new Parliament.

Guterres expressed his grave concern in a statement regarding the declaration of the transfer of all legislative, executive and judicial powers to the military.

"These developments represent a serious blow to democratic reforms in Myanmar," he added.

He reaffirmed the unwavering support of the United Nations to the people of Myanmar in their pursuit of democracy, peace, human rights and the rule of law.

Singapore's Ministry of Foreign Affairs expressed "grave concern about the latest situation in Myanmar," adding hopes that all parties would "exercise restraint."

But Philippine presidential spokesman Harry Roque said the situation is an "internal matter."

"Our primary concern is the safety of our people, he said. "Our armed forces are on standby in case we need to airlift them as well as navy ships to repatriate them if necessary."

U.S. Secretary of State Antony Blinken has called on Myanmar's military leaders to release civilian leader Suu Kyi and others detained in overnight raids in the country, according to a statement.

Blinken said the United States expressed "grave concern and alarm" over reports of the detention of government officials and civil society leaders.

"We call on Burmese military leaders to release all government officials and civil society leaders and respect the will of the people of Burma (Myanmar) as expressed in democratic elections on November 8," Blinken said.

"The United States stands with the people of Burma in their aspirations for democracy, freedom, peace, and development. The military must reverse these actions immediately."

EU chief Charles Michel on Monday strongly condemned the detention and demanded the release of all those wrongly detained in the crackdown.

"I strongly condemn the coup in Myanmar and call on the military to release all who have been unlawfully detained in raids across the country," the president of the European Council tweeted.

"The outcome of the elections has to be respected and democratic process needs to be restored," he said.

"I strongly condemn the coup in Myanmar," European Commission President Ursula von der Leyen wrote on Twitter, and called for the "immediate and unconditional release" of all those detained.

"The legitimate civilian government must be restored, in line with the country's constitution & the November elections," she said.

In another tweet, EU foreign policy chief Josep Borrell insisted that the "Myanmar people want democracy". "The EU stands with them," he said.

Paris is closely following events in Myanmar and discussing its response with partners "in particular within the United Nations," Attal said.

"I condemn the coup and unlawful imprisonment of civilians, including Aung San Suu Kyi, in Myanmar," British Prime Minister Boris Johnson said on Twitter. "The vote of the people must be respected and civilian leaders released."

British Foreign Secretary Dominic Raab also added his words of condemnation about the state of emergency the Myanmar military had imposed.

"The democratic wishes of the people of Myanmar must be respected, and the National Assembly peacefully re-convened," he said on Twitter.

Japan called Monday for Myanmar's military to release Suu Kyi and restore democracy, saying it was opposed to moves that pushed the country "backwards".

"We request the release of stakeholders including State Counsellor Aung San Suu Kyi who was detained today," Japan's Foreign Ministry said in a statement, urging the army "to quickly restore the democratic political system in Myanmar."

The ministry said Japan had been "strongly supporting the democratic process in Myanmar" and was opposed to "moves going backwards."

In Tokyo, several hundred protesters - mostly from Myanmar - demonstrated outside the United Nations University calling for the international community to intervene to secure Suu Kyi's release.

"We call on the military to respect the rule of law, to resolve disputes through lawful mechanisms and to release immediately all civilian leaders and others who have been detained unlawfully," Foreign Minister Marise Payne said in a statement.

"We condemn today's developments in #Myanmar. We urge military leaders to adhere to democratic norms and respect the outcome of the elections," Norway's Foreign Affairs Ministry tweeted.

Bob Rae, Canada's ambassador to the United Nations, tweeted that Myanmar's military "wrote the Constitution this way so they could do this."

"The Constitution of 2008 was specifically designed to ensure military power was deeply entrenched and protected," he said.

"We have noted the developments in Myanmar with deep concern. India has always been steadfast in its support to the process of democratic transition in Myanmar. We believe that the rule of law and the democratic process must be upheld," India's Ministry of External Affairs said in a statement.