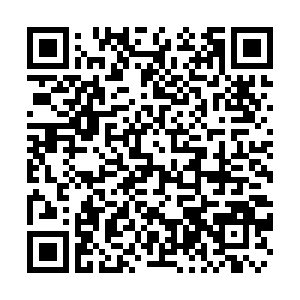 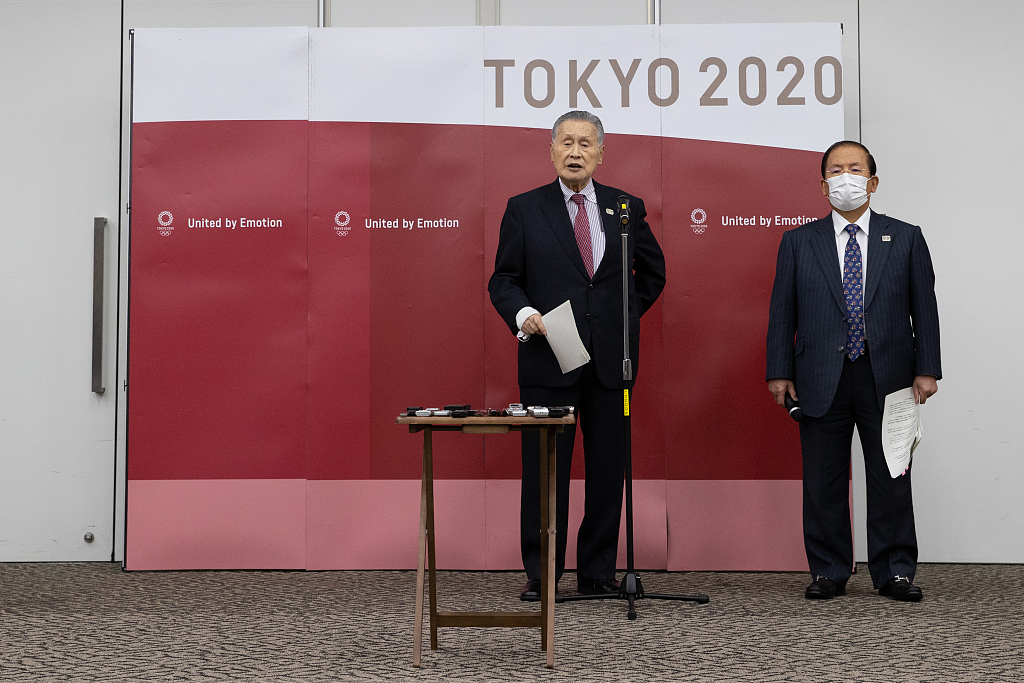 International athletes will not be required to be vaccinated in order to compete at the delayed Tokyo Olympic Games in July, but will face coronavirus testing at different intervals, as Tokyo 2020 organizers have revealed in new rules, hoping that the event will go ahead this summer as planned.

The Tokyo 2020, which have been delayed one year, are slated to take place between July 23 and August 8 this year, followed by Tokyo Paralympic Games held from August 24 to September 5.

The Playbook is "a guide to a safe and successful Games," and "the basis of our game plan to ensure all Olympic and Paralympic Games participants and the people of Japan stay safe and healthy this summer," said the organizers.

It highlights "Stronger Together", a campaign promoted by the TOGOC for the longer-than-anticipated games amid the pandemic, and sets "minimize physical interaction", along with "test, trace and isolate," and "follow good hygiene practice" as principles.

Here are some highlights from the Tokyo 2020 Playbook. 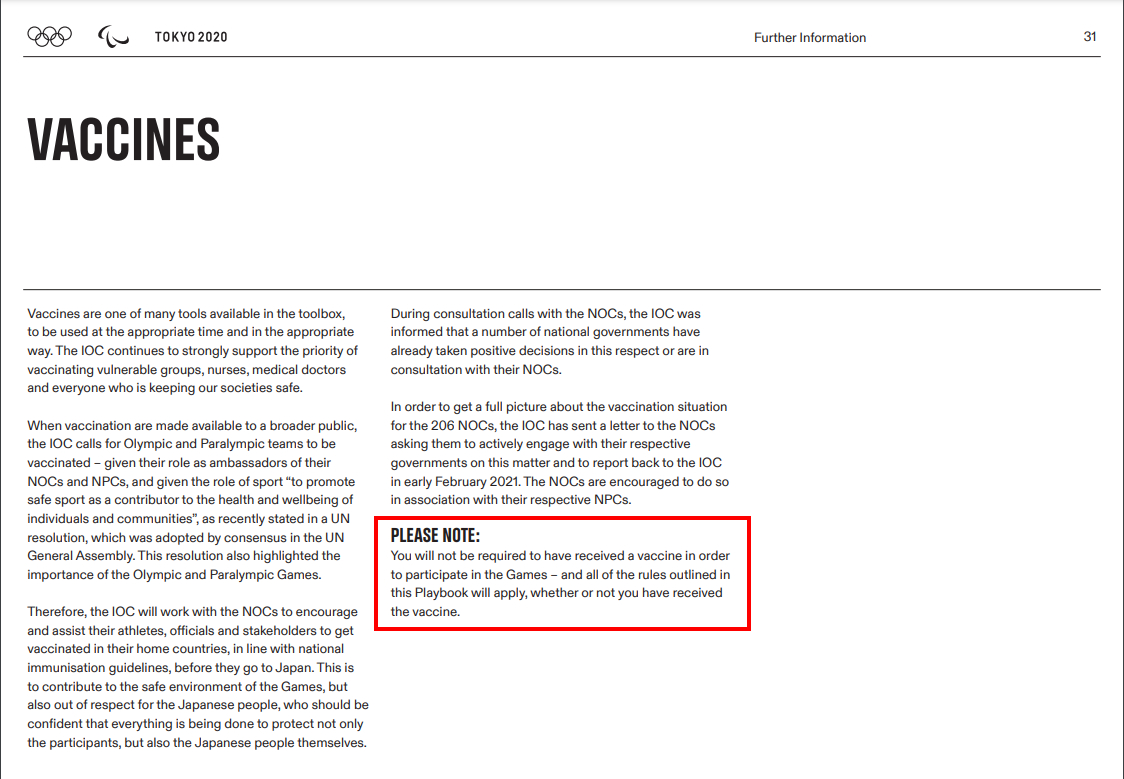 A screenshot of Tokyo 2020 Playbook about the part of vaccines.

A screenshot of Tokyo 2020 Playbook about the part of vaccines.

Vaccines are in the toolbox, but not required

But in the Please Note part on the same page, it is noted that "You will not be required to have received a vaccine in order to participate in the Games – and all of the rules outlined in this Playbook will apply, whether or not you have received the vaccine."

In November last year, IOC President Thomas Bach said taking a vaccine would be a "free decision" for athletes and others involved in the Games, Japan Times reported.

"There are too many issues to consider. This is a question of private health," said the IOC chief during a tour of the Olympic Village in Tokyo, Japan on November 17, 2020.

"It is a question also of the health conditions of each and every person. It's a question of availability," Bach said.

The IOC will appeal to athletes and others to be vaccinated as a "sign of respect" for other competitors and the Japanese hosts, Bach added.

Get tested and provide proof of negative result within 72 hours

According to the playbook, anyone involved in the Games needs to get tested and provide proof of a negative result within 72 hours before departing for Japan, and upload their information via Japan's health reporting app COCOA.

Athletes need to "keep two meters distance from athletes and at least one meter from others, including in operational spaces," said the Playbook.

No public transport unless given permission

Also, the Tokyo 2020 transport systems are preferred, as the Playbook said "do not use public transport unless given permission".

Regular screening and testing for COVID-19

During the Games, participants will be screened and tested for COVID-19 at different intervals.

Playbook may have further changes

The organizers noted that the Playbook is written "under the current understanding of the IOC, IPC and Tokyo 2020. Further changes may need to be made to certain countermeasures in the future."

"Future versions of the Playbook could include more restrictions than those currently listed," they added.

Tokyo Olympics president: Games to go ahead regardless of pandemic situation