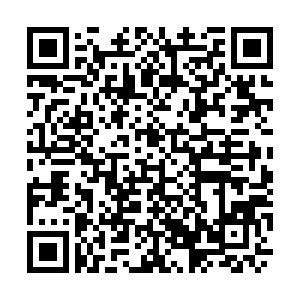 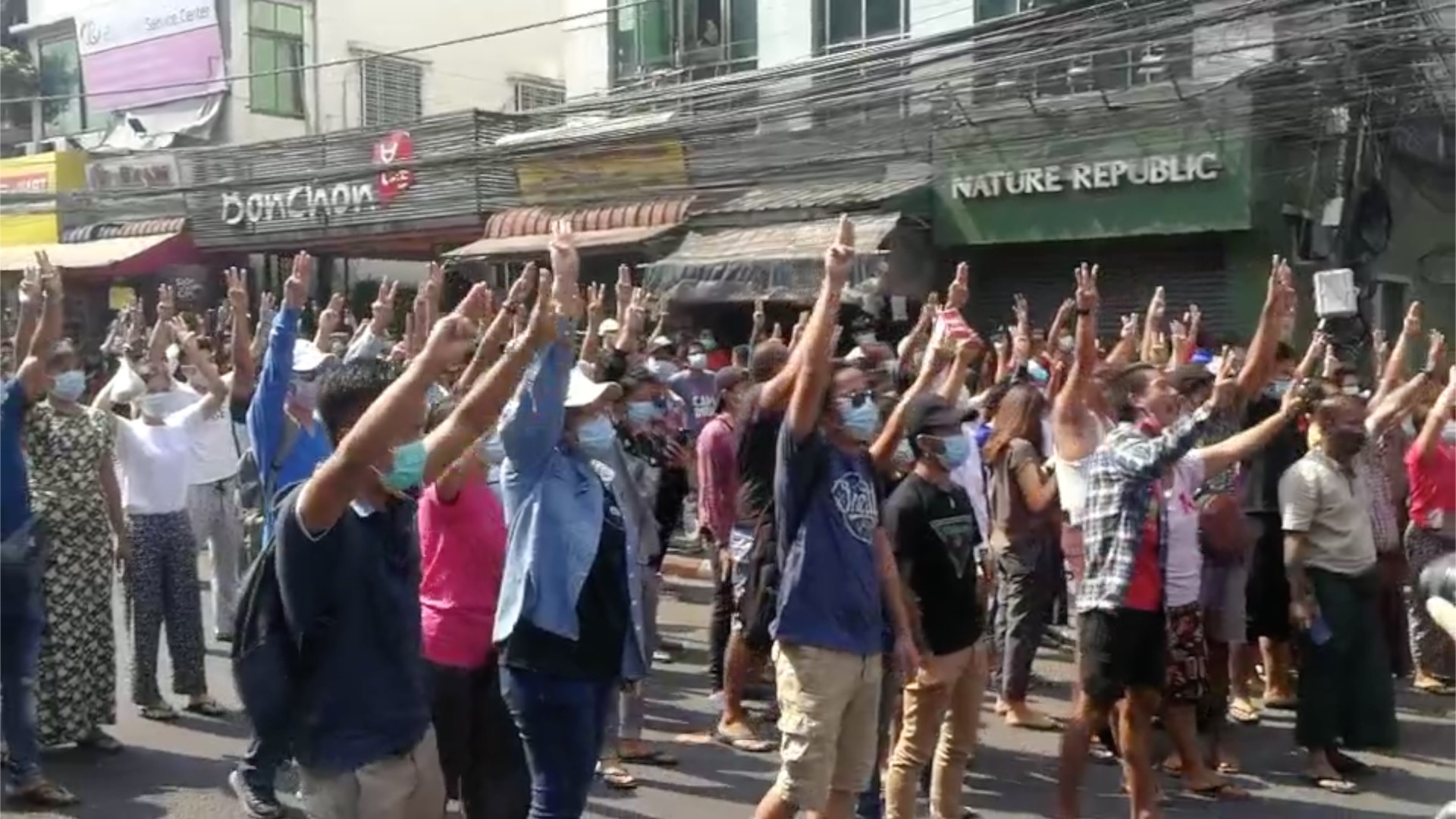 A large-scale protest was staged in Yangon, Myanmar on Saturday following the detention of senior officials, including State Counsellor Aung San Suu Kyi and President U Win Myint, by the military earlier this week.

Riot police were seen in a street staring at the flag-waving and slogan-chanting protesters, as rising tensions increased the chances of a confrontation, Wang noted.

An earlier report by AFP indicated that around 1,000 people joined the march, the biggest show of dissent so far against the country's military.

The military blocked access to social media platforms Twitter and Instagram on Saturday, said Telenor, one of Myanmar's four telecom operators. The country was reportedly experiencing a nationwide internet shutdown, according to NetBlocks, a group that monitors internet outages around the world. 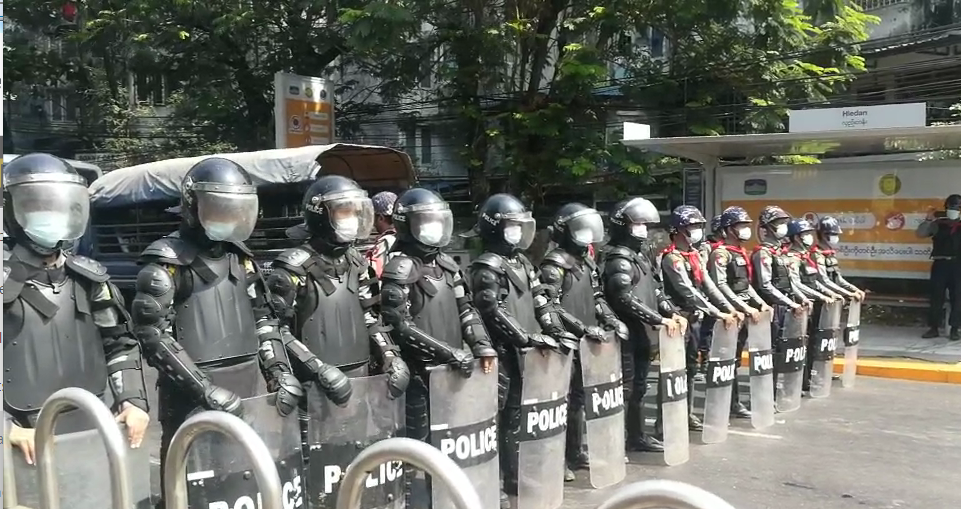 Following the detention this Monday that stunned the world, Myanmar's military has already released some of the officials they held since Tuesday, but Aung San Suu Kyi and U Win Myint were not included.

The two are still under house arrest, and their lawyer was unable to meet them.

"They are grounded in their homes," veteran lawyer Khin Maung Zaw said. "I can't meet them because I was told they are still being investigated," he said, adding that he would have the right to meet them when they appear at court or are sent to prison.

"We expect justice from the judge, but it is not certain. We hope for the best but prepare for the worst. Of course, we want unconditional release as they have not broken the law," Khin Maung Zaw told reporters in the capital, Nay Pyi Taw.

No conflicts between the protesters and riot police were seen and no arrests were reported in the end. Protesters dissipated at 6:30 p.m. local time after police spoke with organizers.

It was reported that protests will continue on Sunday.