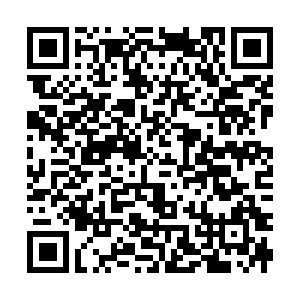 Democrats wrapped up their case on the third day of the Trump impeachment trial on Thursday, warning that if Senators don't vote to convict the Republican former president they will have "set a terrible new standard for presidential misconduct" and that he could provoke more violence in the future.

Trump's legal team, which he is reported to be furious at following an unfocused performance on the opening day of the trial, will begin its defense on Friday and a verdict could come as soon as Saturday.

The former president was impeached on a charge of "incitement to insurrection" for his alleged role in provoking the Capitol riots on January 6, in which five people died.

A pattern of behavior

The House managers made the case on Thursday that the violence on January 6 was just another step on a road the president and his supporters had long been walking.

On Thursday, lead impeachment manager Jamie Raskin linked Trump's rhetoric to numerous instances of past violence, from his praise for "both sides" at the white supremacist Charlottesville rally in 2017 to his applause for a politician who assaulted a reporter in Montana. 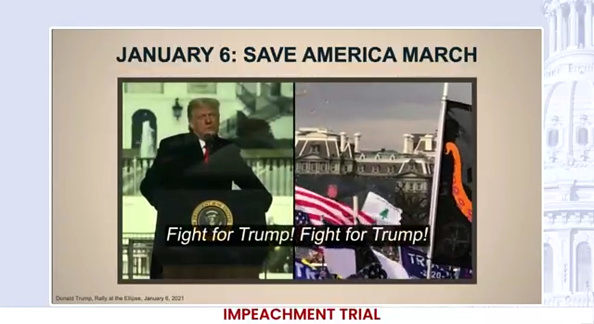 Raskin went on to argue that a foiled plot to kidnap Michigan Governor Gretchen Whitmer, which followed a protest by Trump supporters inside the state's Capitol, was "a preview of the coming insurrection."

"January 6 was a culmination of Trump tactics," Raskin added, "not an aberration from them."

Video footage was powerfully used by the Democrats over the first two days of the trial, and on Thursday they followed up with standout moments featuring testimony from the rioters.

In videos, interviews and via arrest records, people who took part in the violence at the Capitol said they were following the wishes of Trump – effectively that they had been incited. 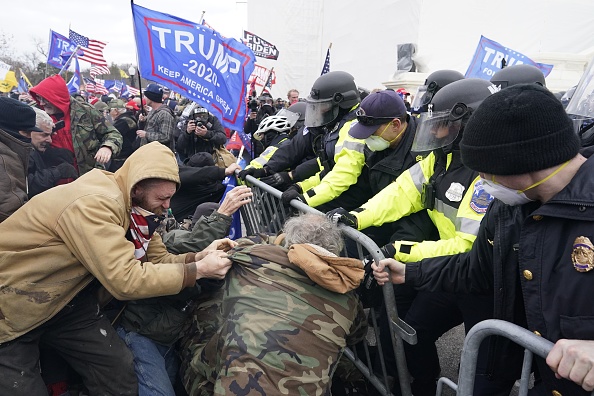 While many of those charged with crimes as a result of the violence have claimed they were "invited" to the Capitol by Trump as part of their defense, much of the video footage used by the House managers was filmed on the day of the attack.

"Trump called us to siege the place," said one. "We wait and take orders from our president," said another. "We're fighting for Trump," a third added.

"You don't have to take my word for it that the insurrectionists acted at Donald Trump's direction," impeachment manager Representative Diana DeGette said. "They said so. They were invited here. They were invited by the president of the United States."

A warning for the future

Democratic Representative Ted Lieu made a fresh argument on Thursday that could resonate with senators, most of whom were in the path of danger on January 6.

Many Republicans say that given Trump is no longer in office, the trial is unconstitutional and furthermore, that conviction would have no purpose.

But if Trump is convicted he would not be able to run for office again, and Lieu argued that this was important not because he could win in 2024, but because the consequences of another loss could be even more grave.

"You know, I'm not afraid of Donald Trump running again in four years," Lieu said. "I'm afraid he's going to run again and lose, because he can do this again.”

"We humbly, ask you to convict President Trump for the crime for which he is overwhelmingly guilty of," concluded Representative Joe Neguse. "Because if you don't, if we pretend this didn't happen – or worse, if we let it go unanswered – who's to say it won't happen again?”

The former president's lawyers, who were pilloried by Republicans for their performance on Tuesday, will lay out his defense over the coming days. 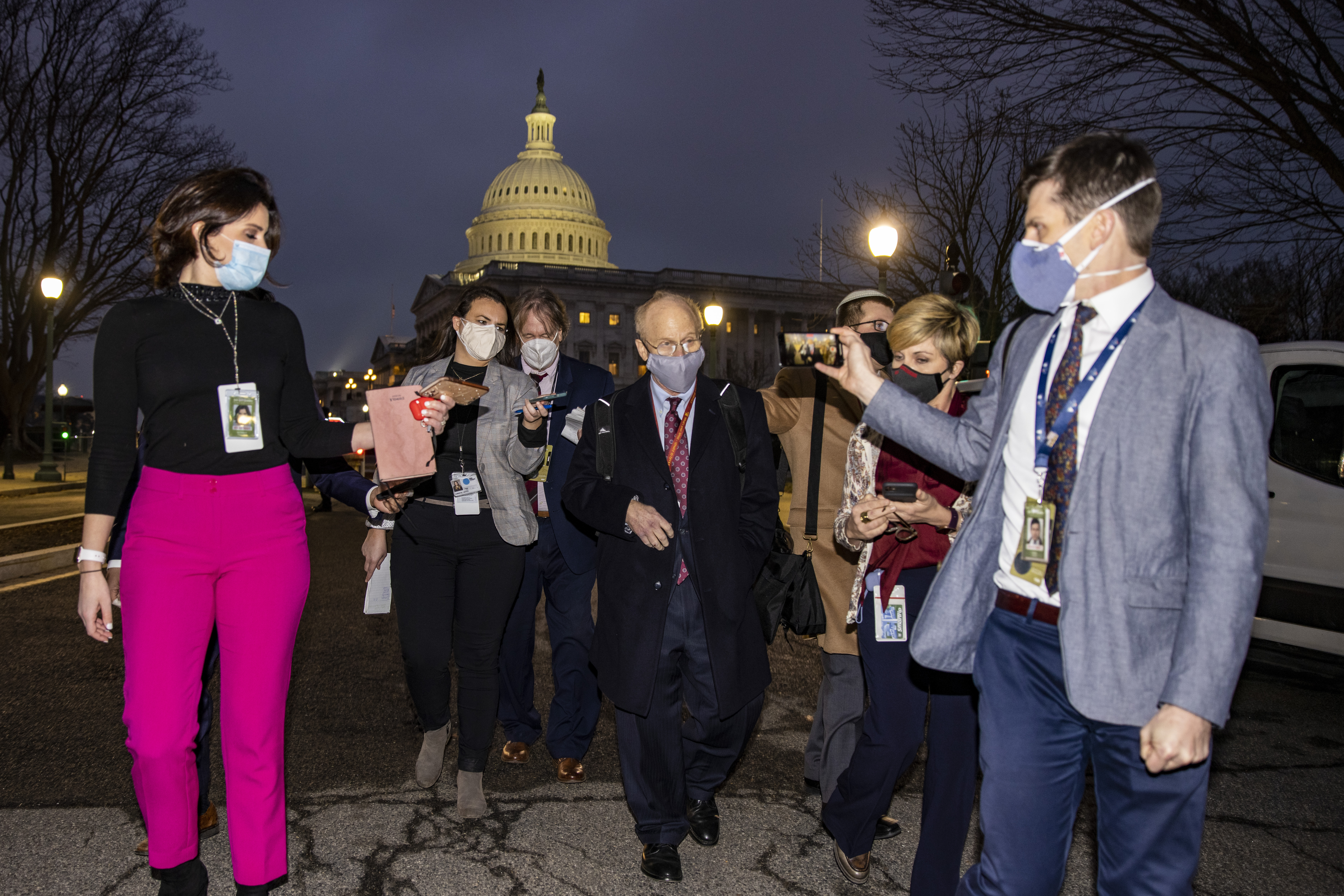 Trump's lawyers are expected to argue that his comments to a crowd immediately before the Capitol riots on January 6 are protected by free speech under the First Amendment and that, because he is no longer in office, the trial itself is unconstitutional.

The latter argument is likely the one that will save Trump – and save nervous Republican senators from the hard decision to vote against him.

Forty-four Republicans voted for the trial to be abandoned on the grounds it was unconstitutional on Tuesday, and that get-out will probably allow waverers to avoid going against a man who still wields significant power within the party.

The defense case may be concluded on Friday, leaving Saturday open for senators to put questions to both sides before casting their verdict.