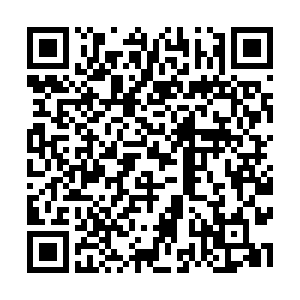 Both China and the Association of Southeast Asian Nations (ASEAN) believe the current situation in Myanmar is an internal affair, Chinese State Councilor and Foreign Minister Wang Yi said on Friday.

Wang made the remarks in a phone call with Erywan bin Pehin Yusof, Second Minister of Foreign Affairs of Brunei as the country currently holds the rotating chair of ASEAN.

Chinese ambassador to Myanmar: all parties should avoid using violence

Noting that Myanmar is a friendly neighbor, Wang said China has always supported Myanmar's stability and development. Myanmar is also a member of the ASEAN family, and its domestic situation bears on the building of the ASEAN Community and the bloc's integration process, he added.

The problems should be resolved peacefully within its constitutional and legal framework, and the domestic democratic transition should be promoted in an orderly manner, said Wang.

China, Wang said, supports ASEAN in playing an active role to this end in the "ASEAN Way" by upholding the principle of non-interference in other countries' internal affairs and consensus-building.

He said the Chinese side believes ASEAN, as a mature regional organization, has enough political wisdom to help Myanmar tide over the difficulties and expects Brunei, as the rotating chair of the bloc, to play an important coordinating role in this regard.

ASEAN is highly concerned about the situation in Myanmar, Erywan said, adding that it ultimately depends on the Myanmar people to find long-term solutions to the country's internal affairs.

As the rotating chair of ASEAN, Brunei expects for an early resumption of stability in Myanmar, he said, adding that ASEAN is considering to hold dialogue and contact with the Myanmar side. Erywan said that ASEAN would like to keep close communication with China, the largest neighbor of Myanmar and ASEAN, on the Myanmar issue.

This year marks the 30th anniversary of the establishment of diplomatic relations between China and Brunei, Wang said.

China provided vaccine assistance as quickly as possible according to Brunei's needs, which shows China's sincere support for Brunei in the fight against the COVID-19 pandemic, Wang said, adding that China is willing to deepen cooperation with Brunei in the fight and jointly achieve the final victory.

Erywan thanked China for providing emergency vaccine assistance to Brunei, saying it fully demonstrates the true friendship between the two countries at the difficult time and the Brunei-China strategic cooperative partnership.

The continuing turbulence in Myanmar is neither in the interests of Myanmar and its people, nor in the common interests of other regional countries, Wang said.

Both the military of Myanmar and political parties shoulder the important responsibility for the country's stability and development, Wang said, while expressing hope that relevant parties in Myanmar, on the basis of the fundamental and long-term interests of the country and the nation, will solve the problems peacefully and within its constitutional and legal frameworks and continue to promote its democratic transition in the country in an orderly manner.

Indonesia will promote ASEAN to engage with Myanmar in a constructive way in line with the principle of non-interference in other countries' internal affairs in a bid to win Myanmar's trust and confidence in ASEAN, help the country, and continue to advance the inclusive democratic process in Myanmar, Retno said.

Indonesia and other ASEAN member countries have proposed to convene an informal meeting of foreign ministers and hope that China will support it and continue to play a constructive role in this regard, Retno said.

Wang said China supports ASEAN in playing its due role in easing the current situation in Myanmar in the ASEAN way, convening an informal foreign ministers' meeting, and following the principles of non-interference in other countries' internal affairs and consensus-building to achieve early contact and communication with the Myanmar side.

China, he added, welcomes Indonesia's active efforts to strive for the unity and cooperation of the ASEAN family, and stands ready to conduct close coordination with the bloc and play a constructive role in de-escalating the situation.