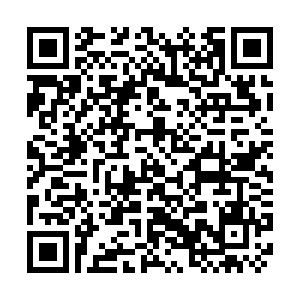 Amid a global pandemic, political crises, natural disasters and other bleak news, light-hearted stories are as necessary as ever. Here is a pick of the week's best funny, silly and quirky news from around the world.

Dining with the stars 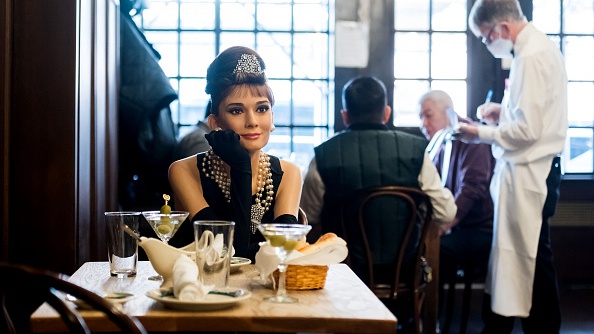 Ever dreamed of having a drink with "Mad Men" star Jon Hamm? Or a meal with Audrey Hepburn's famous character from "Breakfast at Tiffany's," Holly Golightly? Lucky patrons got this rare chance at a New York City steak house this week.

But the Peter Luger Steak House in Brooklyn took things one step further by partnering with Madame Tussauds and bringing true celebrities to its restaurant last weekend… albeit in wax form.

Among the prominent guests were Hamm and Hepburn, as well as late night host Jimmy Fallon and former NFL player Michael Strahan.

The restaurant said it thought "this would be a fun, safe way to fill some of the seats that need to remain empty as we continue to fight the pandemic."

As of last Friday, New York City restaurants were allowed to fill 35 percent of their indoor seats.

The waxy celebs only mingled with guests for a few days, but for those who missed them at the steak house, they are back at Madame Tussauds, which has reopened to the public. 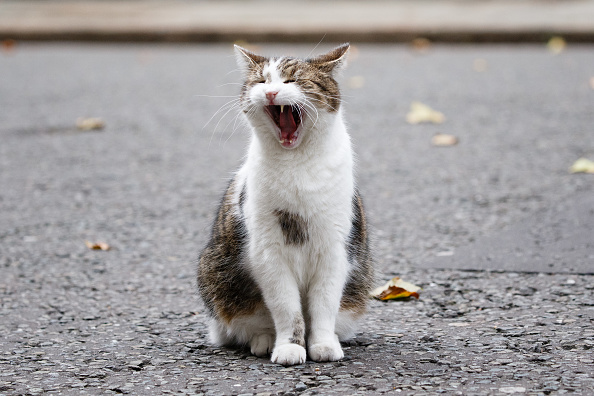 Larry, the resident cat at 10 Downing Street, yawns on the street in London, England, October 19, 2020. /Getty

Larry, the resident cat at 10 Downing Street, yawns on the street in London, England, October 19, 2020. /Getty

A passenger plane in Sudan had to turn back last week after an illegal passenger attacked the pilots on board. Only this passenger was… a cat.

Al Sudani newspaper reported that the Tarco plane had taken off from Khartoum airport and was headed for Doha. But 30 minutes into the flight, a cat appeared in the cockpit and attacked the captain. Unable to bring it under control, the pilots opted to turn the plane around and go back to Khartoum.

The plane had stood overnight in a hangar and it is believed that the cat smuggled in to the cabin while the plane was being checked and cleaned, only to be disturbed when humans joined it onboard the next day. 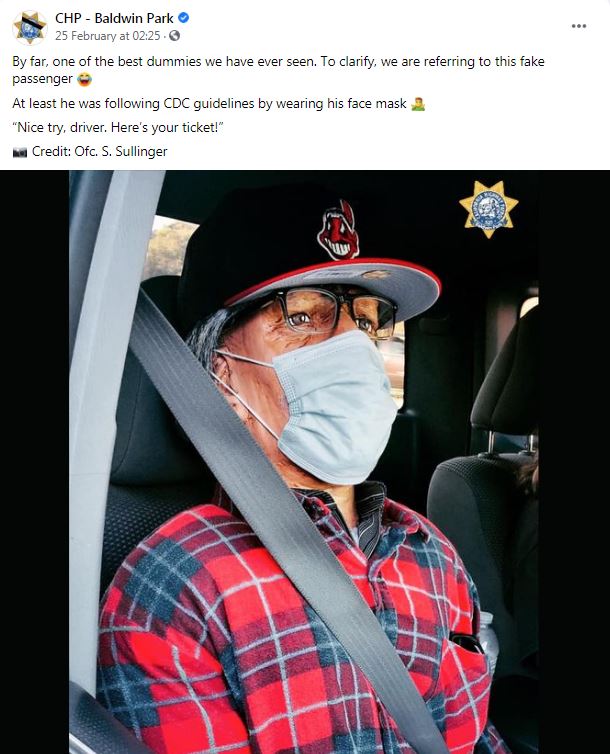 California's highways are notoriously busy, with commuters used to sitting in traffic for hours. But one lorry driver found a way to use the faster carpool lane without carrying any passengers... at least not any human ones.

California Highway Patrol (CHP) pulled over the driver last week near Los Angeles after the officer was unable to see through the tinted windows whether anyone was in the passenger seat.

What he found was a mannequin, but not just any old dummy: this one was fully clothed, had wrinkles around the eyes and fake hair, and wore glasses, a baseball cap, boots, and –  in full compliance with COVID-19 restrictions – a face mask.

Impressed CHP posted the find on Facebook with the note: "By far, one of the best dummies we have ever seen."

"At least he was following CDC guidelines by wearing his face mask," they added.

The driver said he had been driving around with his companion for over a year. He was still given a hefty fine. 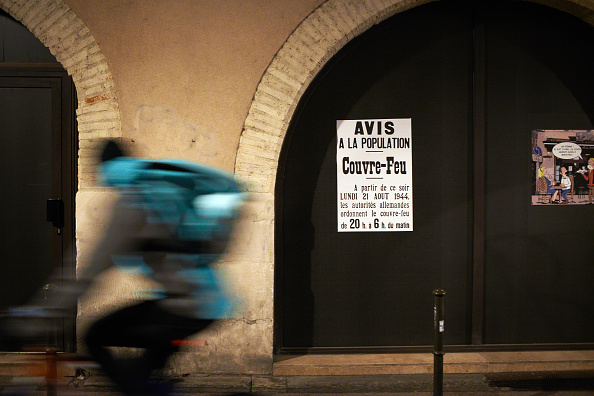 How far would you go to avoid a fine? For one man in the French seaside resort of La Baule, throwing himself in the sea was apparently preferable to paying up.

The man was out running last Friday when he spotted a police car coming to check on him. Since mid-January, a curfew has been imposed across France from 6:00 p.m. to 6:00 a.m. as part of COVID-19 measures, and the jogger was still out one hour past curfew.

Rather than be caught, the 54-year-old man threw himself in the water, which was barely 9 degrees Celsius, and disappeared, local media reported.

Unfortunately for him, a rescue operation was then launched involving the fire department and a helicopter, to no avail… until the man's wife called the police the next day to say her husband had returned home safe and sound.

Now the culprit could face prosecution for uselessly triggering a rescue operation and putting people's lives in danger. And that's on top of the 135-euro ($163) fine for breaking curfew that he had been trying to escape in the first place.