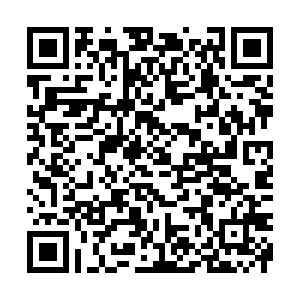 Each year, the annual March meetings set the agenda for China's future work on its social and economic development by deliberating and approving a series of major reports and draft decisions, mainly through the National People's Congress (NPC).

This year is of particular significance as it marks the first year of China's new five-year plan and the centenary of the Communist Party of China.

China outlines plan to address economic challenges in next 5 years

At the closing meeting of the 13th NPC on Thursday, Chinese lawmakers are expected to approve a resolution on the government work report and the draft outline of a blueprint for China's development in the next five to 15 years – the 14th Five-Year Plan (2021-2025) – for national economic and social development and the long-range objectives through the year 2035.

The lawmakers are also set to finalize a draft decision on improving the electoral system in the Hong Kong Special Administrative Region (HKSAR).

Chinese Premier Li Keqiang is expected to brief the media following the closing meeting of the fourth session of the 13th NPC.

The Democratic-held House is expected to give final approval on the $1.9 trillion COVID-19 relief plan on Tuesday after the Senate passed the bill along party lines after an all-night voting session on Saturday.

President Joe Biden had said after the Senate passage of the bill that he hoped to sign the bill into law as soon as possible as Democrats are racing to send out fresh aid before the unemployment aid programs expire on Sunday, March 14.

"This plan will get checks out the door starting this month to the American people, who so desperately need the help," Biden said at the White House.

The final bill, set to be Biden's first major legislative victory, includes $400 billion in $1,400 stimulus checks to many Americans, as well as more than $350 billion in aiding state and local governments.

Tuesday: U.S. Democrats aim to finalize the approval of the $1.9 trillion COVID-19 relief bill. High Representative of the European Union(EU) for Foreign Affairs and Security Josep Borrell, speaks on EU's humanitarian aid in the context of the COVID-19 pandemic and beyond. European Commission Vice-President Margrethe Vestager gives a press conference on "Europe's Digital Decade: 2030 Digital Targets."

Wednesday: The closing of the fourth session of the 13th National Committee of the Chinese People's Political Consultative Conference(CPPCC).

Thursday: The closing of the fourth session of the 13th National People's Congress (NPC). Tenth anniversary of Sendai earthquake and tsunami. EU Justice and Home Affairs Council meetings (to March 12).